A day of climbing up and down rocks really tuckered out Ava as she slept in just a little later than usual this morning. Mila on the other hand found herself in a ripe opportunity to get her hands on some of her sister’s toys. 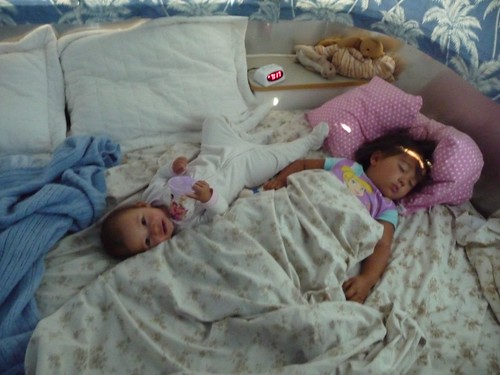 After a brief 2 night stay in Colorado, it was time again for us to head out. The weather is really starting to warm up here so we are definitely feeling like our days on the road are going to be numbered. We are in no hurry to get home but if it continues to be hot like this, we are not going to have much of a choice. Roaming around the western desert aimlessly during this time of year is probably not the best idea. 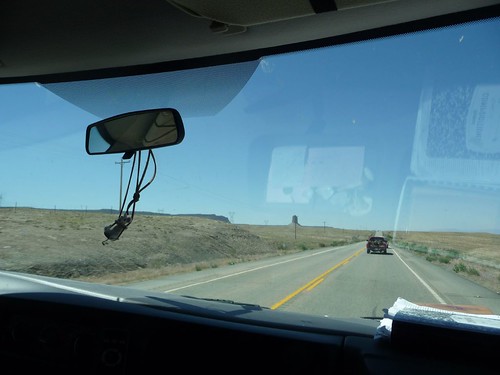 Heading out of Cortez, Colorado we decided to make a little trip to one of the major tourist traps in the area. The Four Corners Monument.

Well, you just have to come here at least once in your life right? I know all of the seasoned travelers right now are rolling their eyes but I dedicate this blog post to those of you out there who aren’t afraid of clichés! 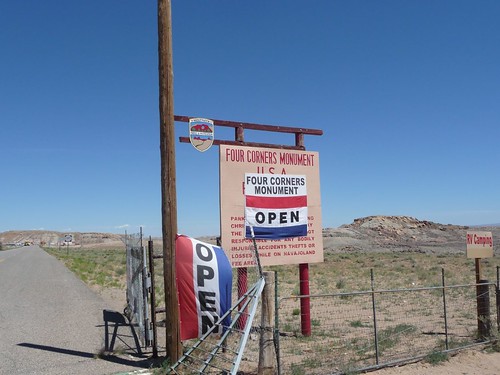 Four Corners is literally in the middle of nowhere. For those who don’t know exactly what it is, Four Corners in the only place in the United States where a person can be in four states at the same time. Colorado, New Mexico, Arizona and Utah.

We had planned the obligatory self portrait of all of us each being in a state but as luck would have it, the monument is under construction. Apparently the old monument just was not grandiose enough so a new plan was put in place to make the location much more awe inspiring. 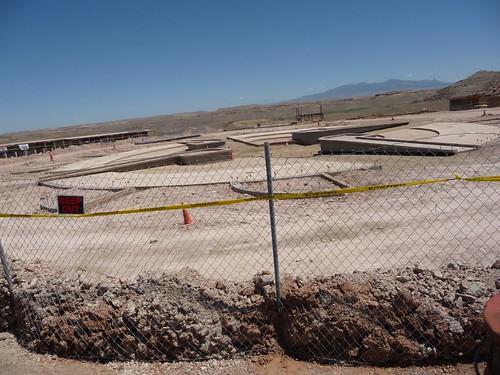 This photo is the best we could muster. Weep, weep. 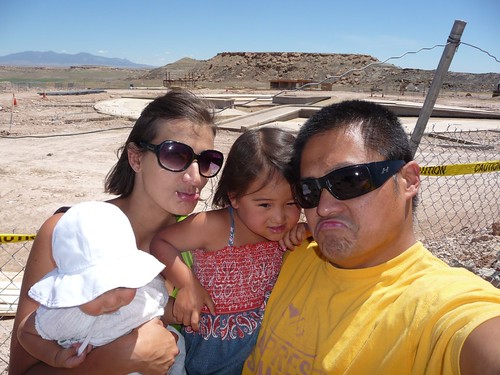 I guess we are going to have to come through here again on our next trip. Hopefully the new monument will be complete and we can finally get to cheesy picture we wanted. 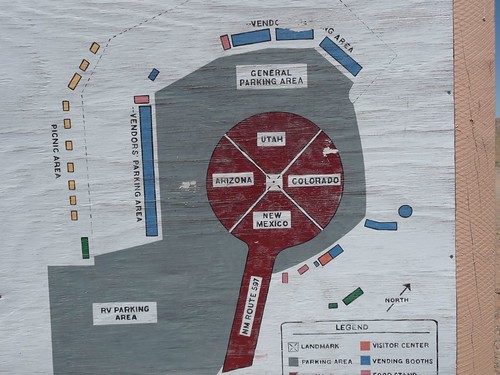 All around the Four Corners monument, there are local tribes people selling trinkets that they made themselves. We had been told that some of the best native American crafts could be had here for a much lower price than you could at any gift shop. Before we got our shop on, we got to add another state to our trip, UTAH! This might be the shortest trip anyone has even made to Utah and we have a picture to prove it. 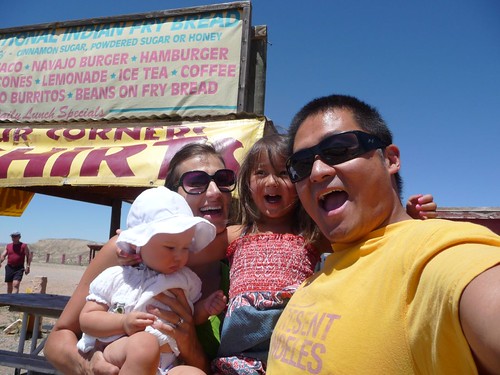 Ava got to do some shopping for some native American swag with Marlene and got this nice set of bracelet and necklace to add to her jewelry collection. 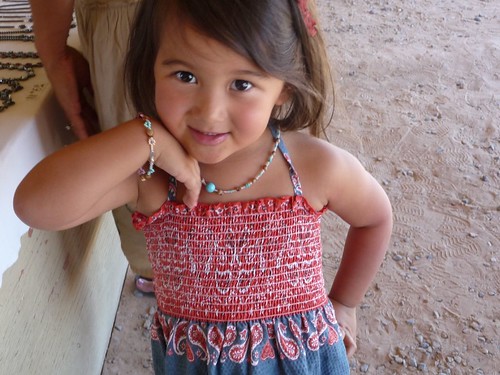 When we left Four Corners, we officially left Colorado and entered back into Arizona. We are now closer to home then we have been in the last 4 months. 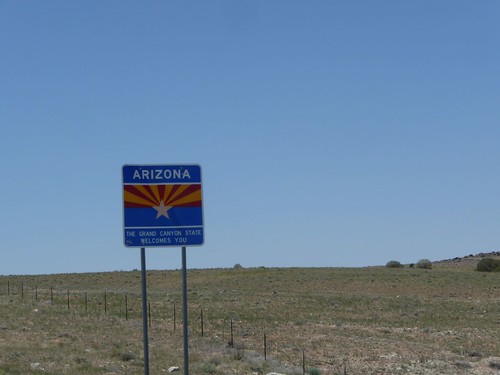 Being that Arizona is the Grand Canyon state and we have not ever been there in all of the times that we have been here, we naturally made it our next stop. 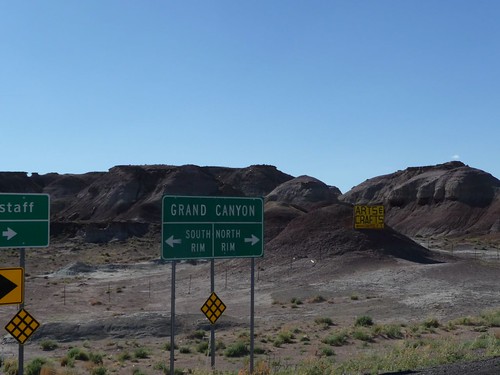 We have been to Arizona probably half a dozen times in the last 3 or 4 years and have stayed mostly in southern Arizona. The main reason is because Arizona is much too hot in the summer for us to visit and this part of the state is usually snowy in the winter time when we make our regular trips to Tucson. 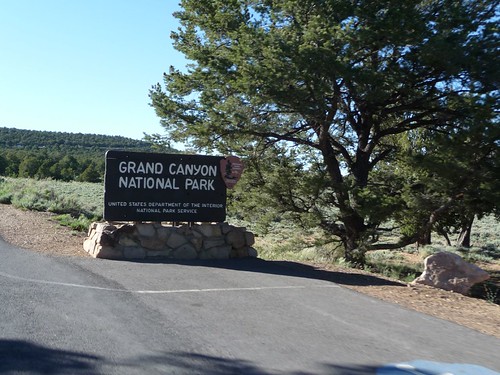 Our National Park Pass is really paying itself off in a big way in this last week. First we got to use it at Aztec Ruins, then again at Mesa Verde and now we just saved $25 at the entrance of Grand Canyon National Park. The year isn’t even half way over yet! 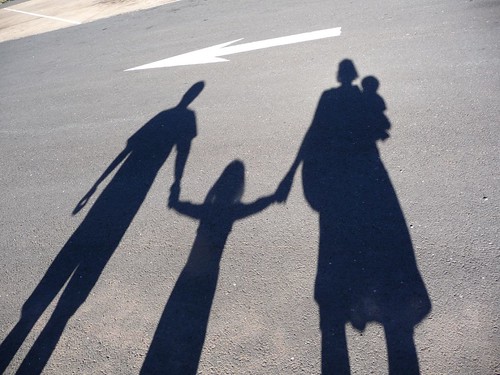 We got there a couple hours before dusk and from what we have heard, it is the best time to see the Grand Canyon besides at the crack of dawn. 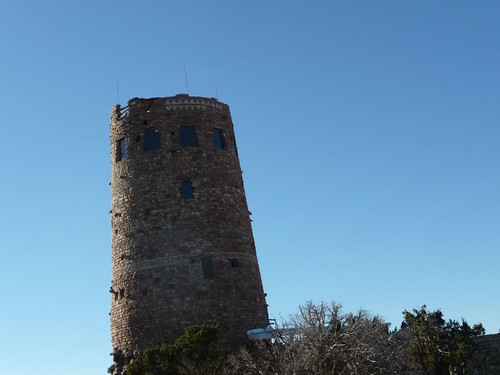 The first chance we got to stop and take a gander is at the Desert View Watchtower near the east entrance of the south rim. 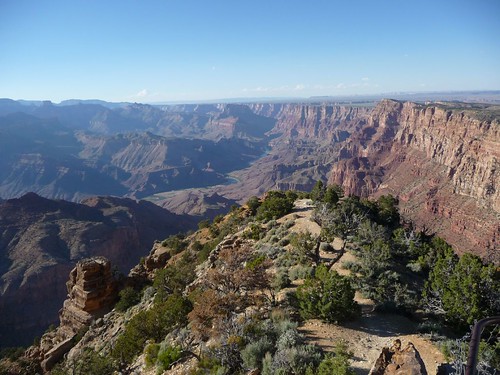 It is absolutely breathtaking just as you might have heard. It is a view that really puts size into perspective. 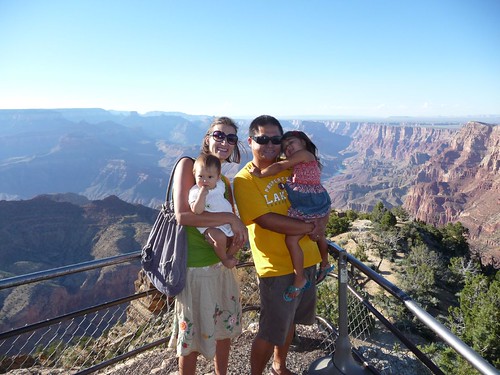 Here is our obligatory family photo someone offered to take for us. 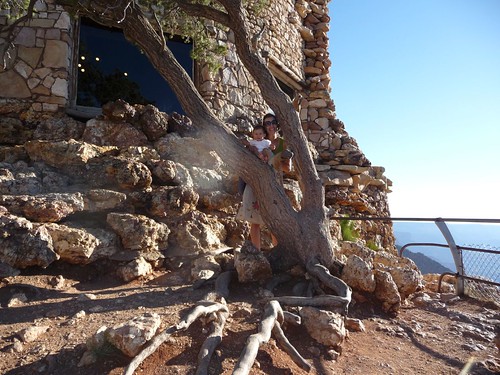 Ava saw some lady posed behind this tree and she insisted that the girls take the same photo. 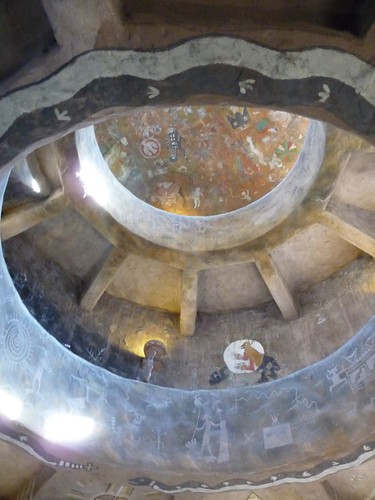 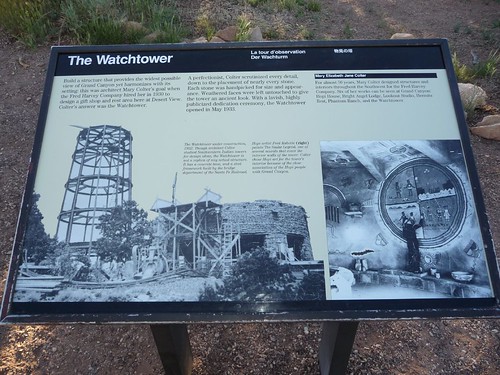 Sure the Watchtower was build in the 1930s on the edge of a giant cliff but I am sure it is perfectly safe! 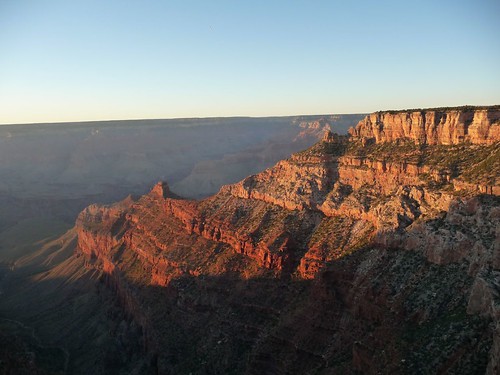 Here is another glorious view of the canyon near the western entrance of the south rim just before the sunsets over the mountains. 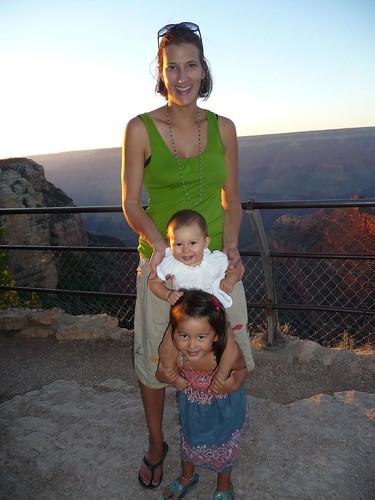 Mila heard that you can ride mules down to the bottom of the canyon but we could only find her big sister Ava who’s willing to let her saddle up this afternoon. 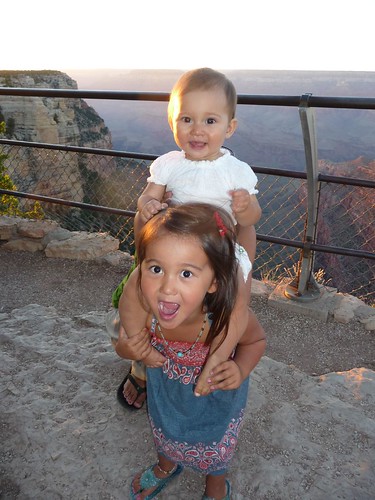 Yeehaw! Why is there an extra foot wearing a flip flip behind me on the ground!? 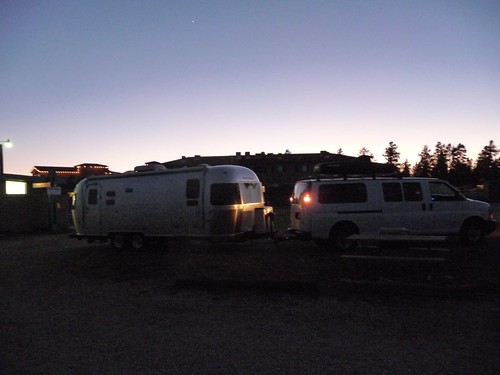 As the sun sets, we headed out to the town to Tusayan just outside of the entrance and got an electric only site at the RV park. Tomorrow we are headed back in for a day at the park. 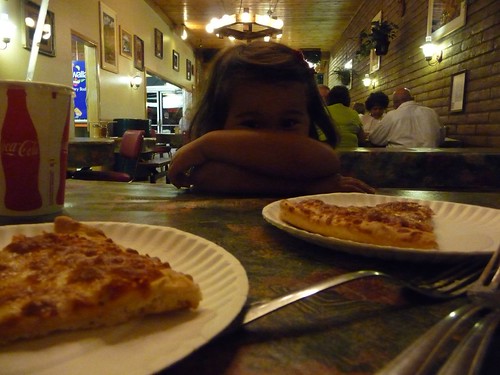 We are pooped from a long day on the road and it’s time to get some pizza for dinner before catching some Zs.

Sorry to hear about the Four Corners monument but SO glad you took the time to go to the Grand Canyon! It truly is a magical and dementional spot on this planet.

Thanks for sharing your adventures with us!!

I found this amazing site to make a living online…I’m now close to making $3500 a month. http://tinyurl.CoM/os9ok4y