Our 2022 Drive Half Way Around The World

At the start of 2022 we had originally planned to drive east across Ukraine, Russia and Mongolia so we can complete a circumnavigation of the world. While waiting for the borders to open due to Covid-19, political instability and the war in Ukraine made this impossible. So we decided to ship back across the Atlantic once again. First we wanted to finally visit Portugal before we leave Europe so we left Croatia in February and did our final loop around western Europe. 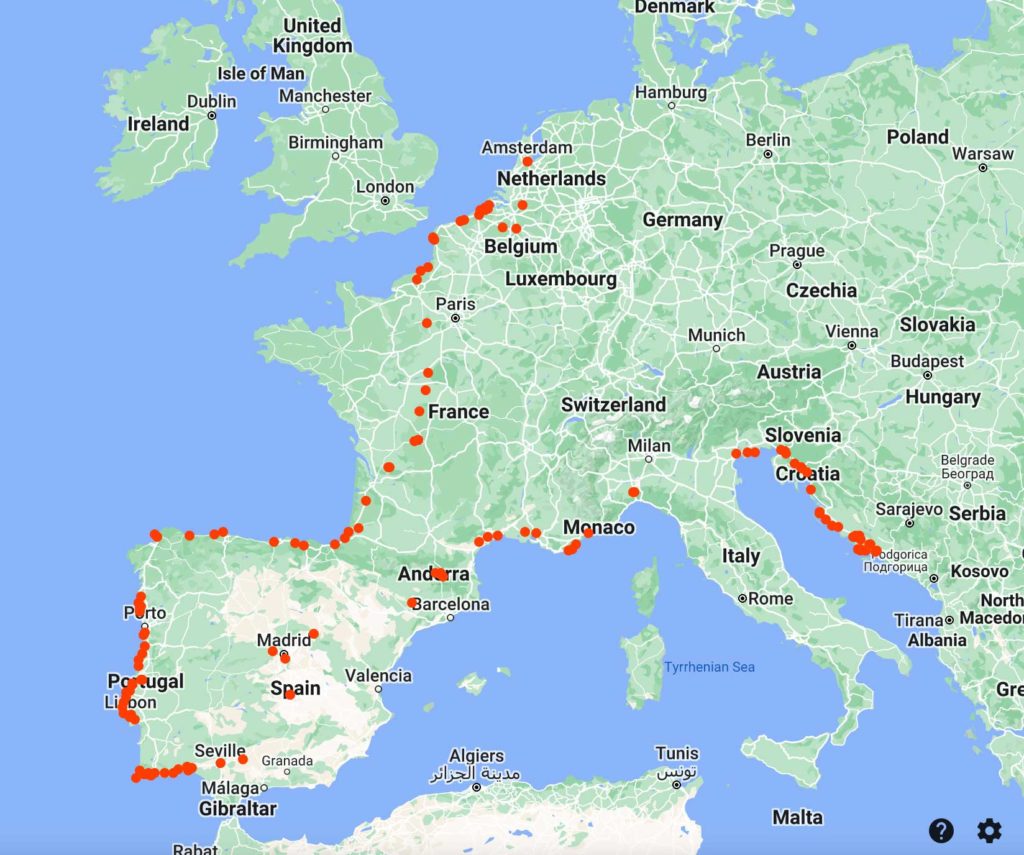 When we arrived back in North America, we waited for our van to arrive. It took longer than expected and after 5 weeks of delay, we were finally back in the van headed west. We arrived in Southern California to attend Marlene’s brother’s wedding in June, took care of a bunch of chores while we are back and headed back out for a loop around the Western States one more time. We attended a couple of Overland Expos and got to see a bunch of friends whom we’ve missed after nearly 4 years of continuously traveling in Europe. 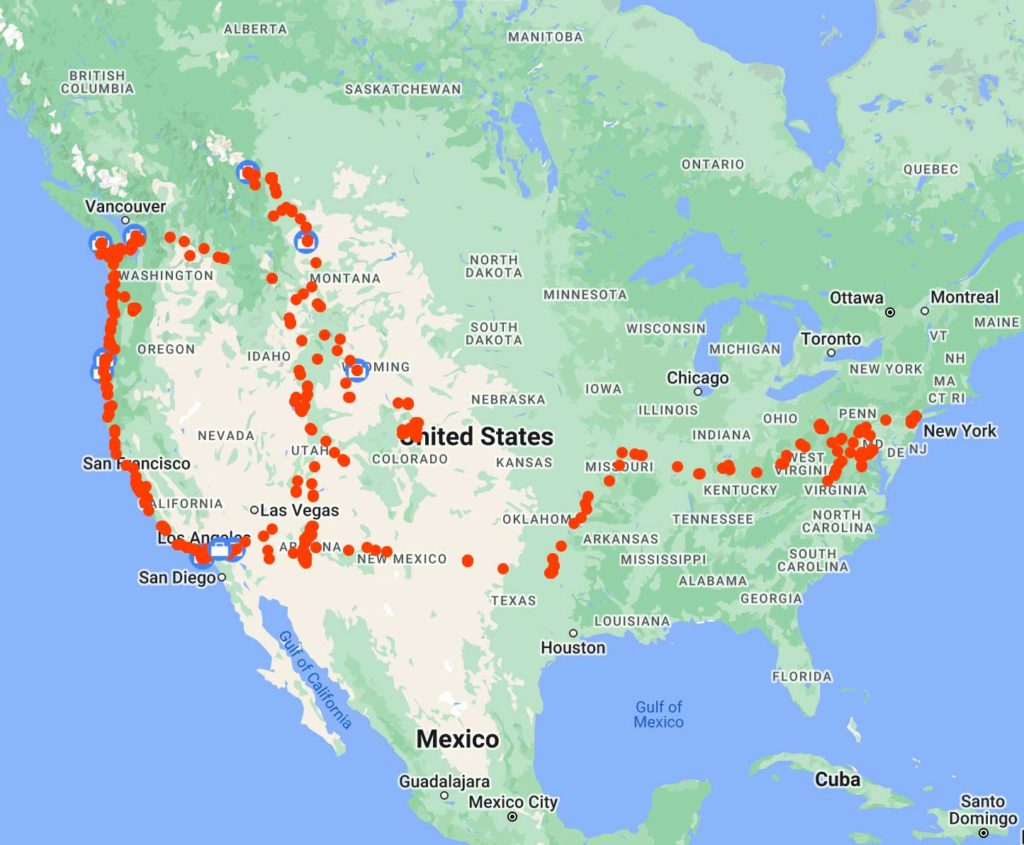 At the end of the year, we returned to our domicile state of California to take care of a few more housekeeping chores before we embark on another journey for 2023.