On this trip, we have all been sleeping in until 9am. Even Luka. It’s been wonderful. But today we are at Alumafandango and we had things to do! So no sleeping in. Wah wah wah. 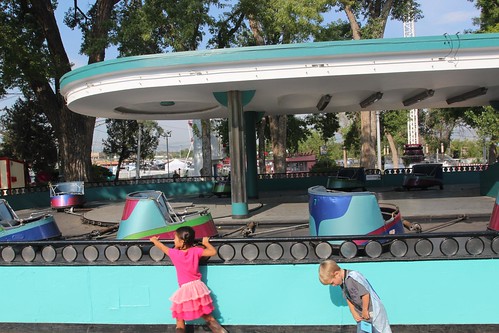 The first thing on our agenda was a private tour of Lakeside Amusement Park. Good thing we are sleeping in their parking lot because we made it to tour just in the nick of time. 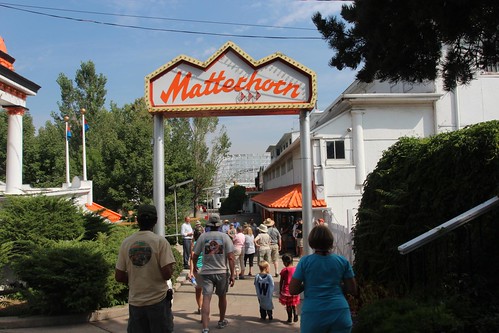 Lakeside Amusement Park has been in operation in this location since it opened in 1908. It was originally part of the White City parks that used to populate different parts of the country. Now it is the lone White City in existence. During the tour, we got to peek at one of the original columns of the park, that they keep hidden behind a door… and next to a sweatshirt. 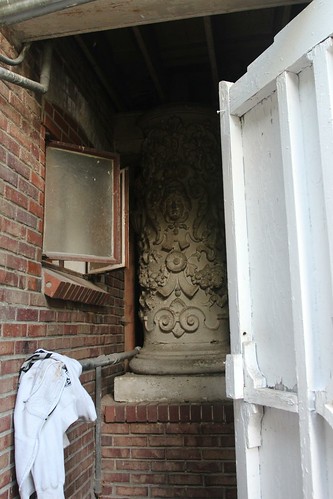 In the 1930s, the park was acquired by a new owner and the park was renamed Lakeside. It underwent a period of major renovations and incorporated many new features in the Art Deco style, including neon lighting, as it still appears today. 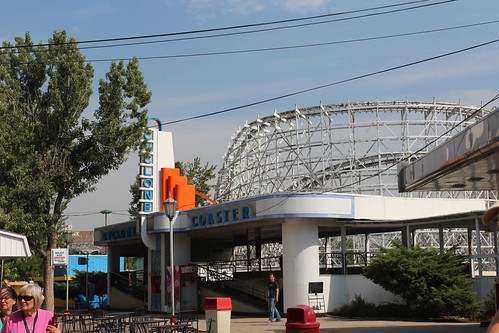 And on Friday night, we get to ride all the rides that we want. I can’t wait. Especially for this old wooden roller coaster. 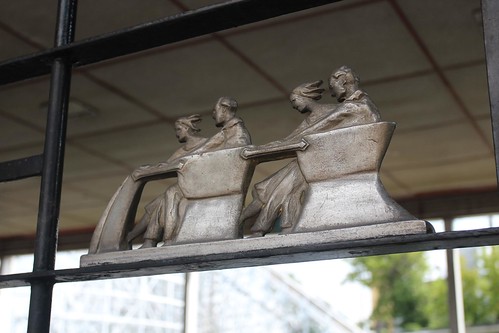 So, we went on this tour but didn’t get to pay much attention to it. We were wrangling kids most of the time and constantly reminding them to lower their voices so others could hear what was going on. But I do remember that this ride is identical the Dumbo ride at Disneyland! Gold star for me!! 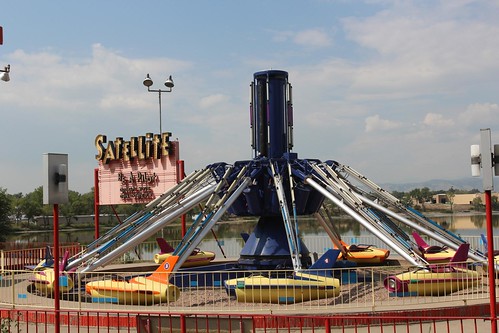 What are the kids doing up on the bridge ALL ALONE. See? We were doing a great job wrangling our kids. 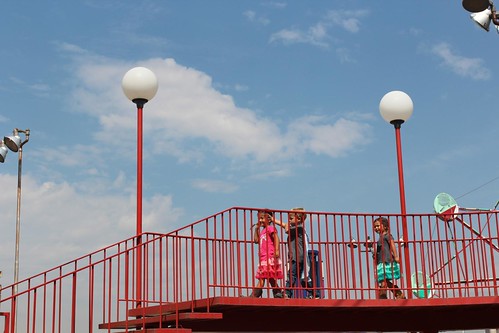 And the name was changed to Lakeside because… it is lakeside! Back in the day, patrons used to swim in the lake, use these crazy metal water bikes, jump off of floating diving boards… and there was even tight rope walkers doing their thing above all the water activities. Oh, the good ol’ days! 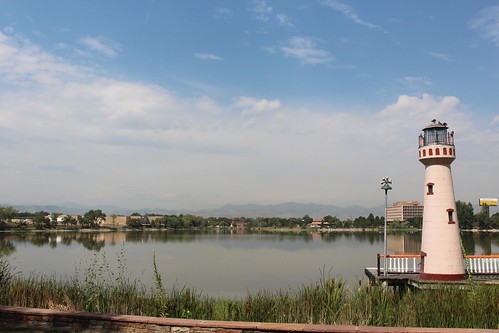 The ride that wins for best name is… AUTOSKOOTER. You must say it with your best German accent. 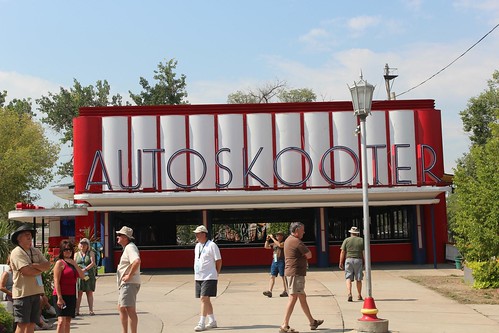 But if you are Ava, then you pronounce AUTOSKOOTER as “Bumper shoes”! Haha. They do look like shoes, Ava! 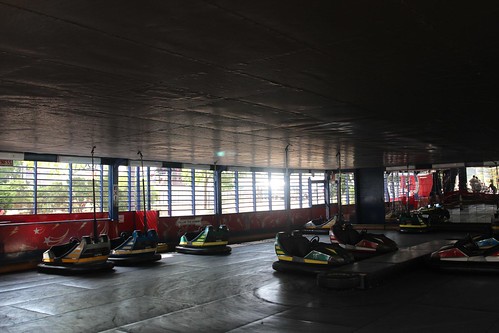 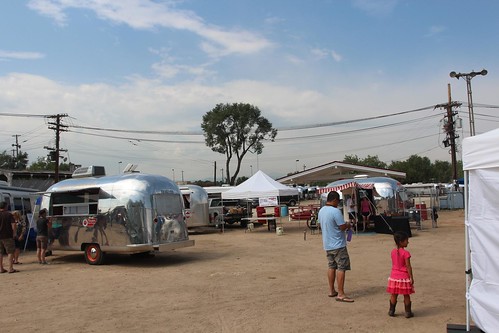 Wait a second. WHAT IS THIS?!?! A barstream… that is closed? NOOOOOO. But I guess, it is only 11am so I will not worry too much. 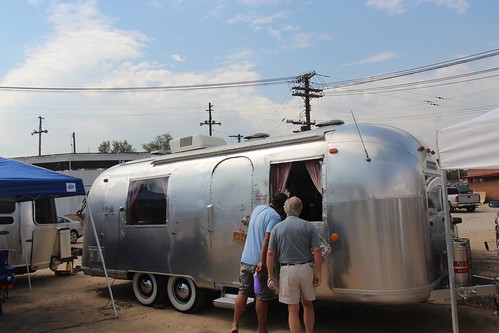 One of the Timeless Trailers were used as check-in for all the Airstreamers that are attending the event. 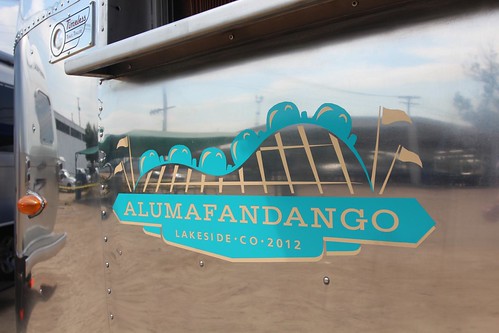 Once we were back at our Airstream, Ava was so ready for our next event. Her very FIRST day of Kindergarten!!! She got to pick out a brand new outfit and backpack for her special day. Yes, she is not going to a “real” school like she thought she would be but she is still excited to learn. 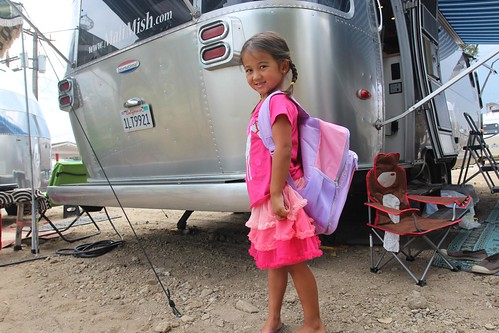 She has been begging for Kindergarten to start since the day she graduated pre-school back in Ventura. And now it is here and I am her teacher. We started off the school year learning about the letter B and numbers 0-3. She did great. I did have to remind her a few times that I was her teacher and not her Mama, but I am sure she will switch gears easier as the school year goes on. 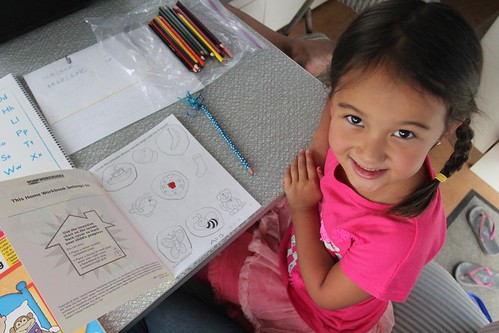 The hardest part of me being Ava’s teacher is not the teaching part. It is juggling the other kids. I timed Luka’s nap just right but Mila refused to nap today. So I downloaded some learning games for her on the iPad. I would like to incorporate her in our school time but I am just not sure how to do it yet. I’m thinking that I might have to run to Target and buy some pre-school books for her. 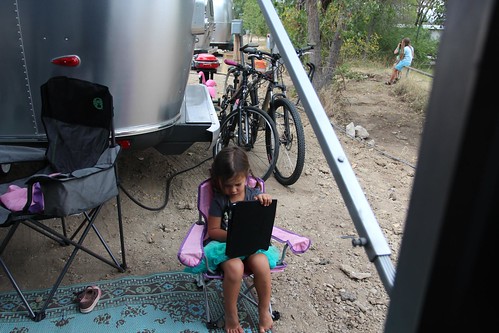 As a treat for finishing up her first day of school, our neighbor Diane with the Wee Wind Airstream painted Ava’s nail pink… to match her little doggies nails. Haha. 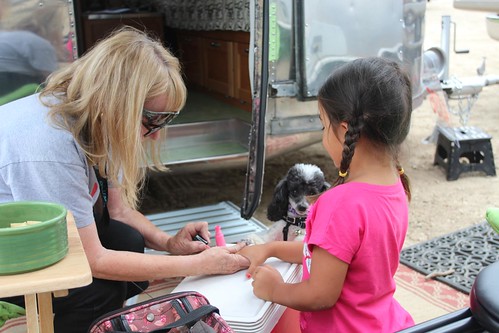 After our daily happy hour with the other Alumafandango people, there was an open grill in front of the Western Pacific 40 foot Airstream. Burgers, anyone? We have met so many great people so far at this event. And feel like old friends with lots of other bloggers. 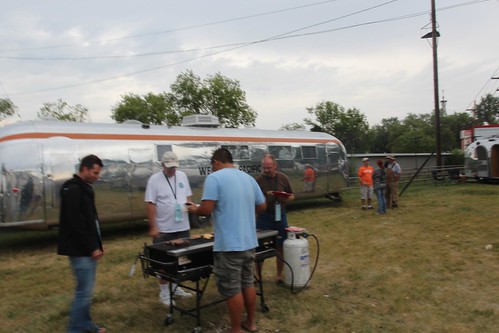 The kids spent the night playing with dirt and rocks much to their content. Don’t be fooled by this picture. Kids need to take breaks too.

And then the blogger meet up continued well after the bbq and into the night. 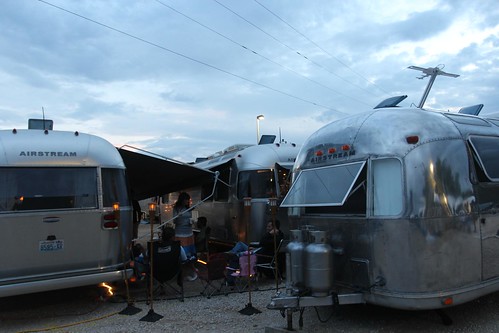