T Minus 18 Days Until Launch.

In 18 days, we will have packed everything we will need into the Airstream and head east. Although the first 5 nights will be spent in a Vegas hotel room, we are nonetheless leaving. 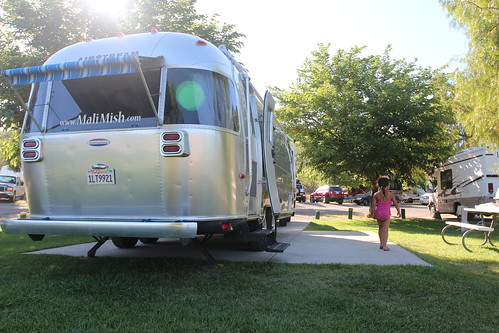 We gave ourselves the entire month of July to tie up loose ends and also to find a tenant for our house. To our surprise, we were able to find a nice and well qualified tenant within 24 hours of the listing going up on Craigslist. The loose ends on the other hand are going well but we are thankful to have the time to manage them. 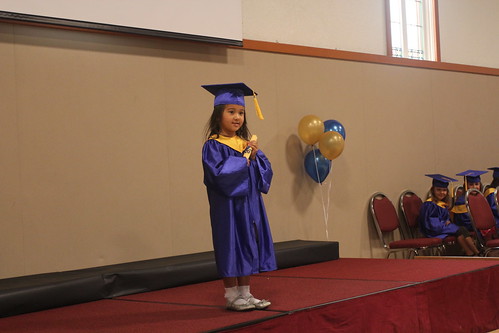 The day before we left Ventura, Ava had her preschool graduation. The ceremony was fun for her but the most significant part of the event was for both Ava and Mila to say good bye to their friends and teachers. They have both become very close to their teachers and have developed good friendships at the school they were attending. It was hard to tell them that we were leaving for good and especially for Ava who had a tough time dealing with the idea of not seeing them anymore. 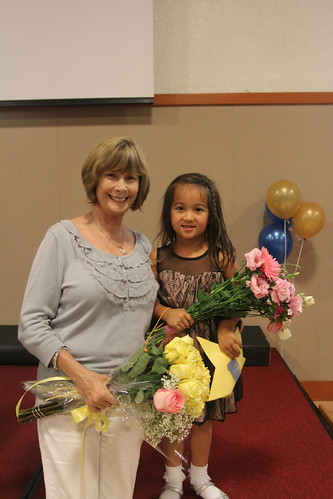 Ava and her preschool teacher Maureen. 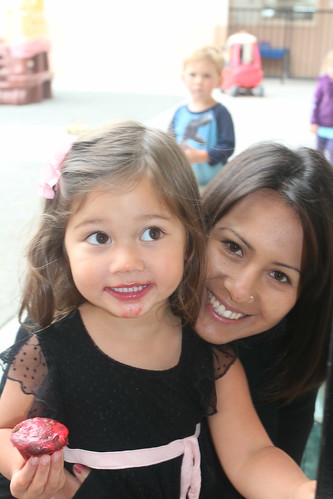 Mila and her teacher Lucy.

During our trip to Ventura Ranch KOA, Luka did very well in the Airstream. However in the meantime, he had developed acid reflux that apparently 30% of all infants get to the degree of needing medical attention. I guess we were lucky with Ava and Mila because this is the first time we have ever had to deal with it. Then again, 1 out of 3 is pretty close to 30%. At about a month old, he started to visibly show discomfort and had rough time sleeping at night. 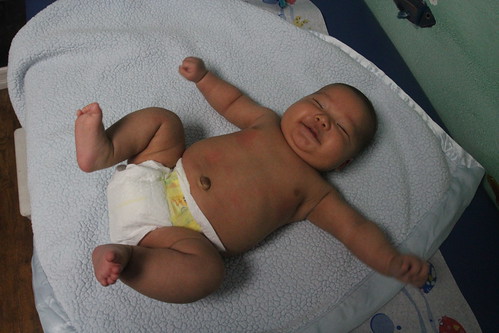 As you can tell, he is a big baby. Our pediatrician thinks part of it has to do with him over eating to self-sooth his acid reflux problems. Marlene was directed to cut out a lot of food that may be the culprit. It has not been easy. Luka was put on some medication that has been helping to manage the problem to a reasonable degree. Apparently he has text-book symptoms  and it typically goes away by itself in a few months. Let’s hope it doesn’t cause too many problems while we are on the road because as we do not have a house to move back into anymore. We have past the point of no return.

On the Airstream front, we have been working out a lot of the kinks that would have otherwise come up on the road. One thing that really bothered us while we were living in it on the driveway of our old house was that the black tank odor was coming into the interior of the Airstream. We could not figure out what was causing it and it smelled especially badly in the closet between the shower and the fridge.

We had a problem with the black tank flush valve at the end of our 2011 Southwest trip to New Mexico and had a part replaced. But I couldn’t figure out why that would have caused the problem. Everything was working as it should and nothing was leaking so we were really puzzled at the cause of this awful smell.

When I finally pulled the Mish out of the tight driveway of the old house and got access to the black tank flush intake, I hooked up a hose and dumped a few gallons of water into it in an attempt to stir up whatever was inside. As it turns out, the Mish had been sitting idle for so long, the small amount of water that usually gets left in the inlet had dried up. Like the S-shaped pipe in a toilet bowl, that small amount of trapped water is what keeps the odor from escaping the tank. We did not know right away that it had fixed the problem but slowly and surely the odor went away.

We also had an electrical short in one of the circuits that kept popping a 20 amp fuse every time I turned on the lights in the overhead cabinets above the kitchen. Since it is in the same circuit that the refrigerator was connected to, we had to get to the bottom of it or the food in there would go bad. I managed to disassemble the lights enough to get to the wires leading to them. It was very frustrating because there was no visible chaffing of the wires but every time I turned them on, it would pop a fuse. I probably burned thru 10 fuses trying to find the problem.

After wrapping some more electrical tape around the wires leading to the lights and reassembling the lights, the problem magically went away. I guess there were just enough strands of the copper sticking through the original tape to short out the circuit.

I hope the last 3 paragraphs didn’t bore you to death. If it did, please give your family my condolences and I hope you had good life insurance. We are now pretty much just playing the waiting game. The next 18 days we don’t really have a ton of activities planned. We are hoping for the weather across the country to cool off and trying to come up with nice route with interesting stops to take us to Denver for Alumafandango. If anyone has any recommendations on where we should go or if anyone would like to meet up with us on the road, we are open to suggestions. After all, we are embarking on another adventure and we are game for pretty much anything worth seeing and doing.