Back in mid-May, when Luka was just a month old and we were still living in Ventura, we took him on his first Airstream trip as a test to see how he would handle living on the road and also to check out the local KOA Kampground that we have never been to after living there 12 years. 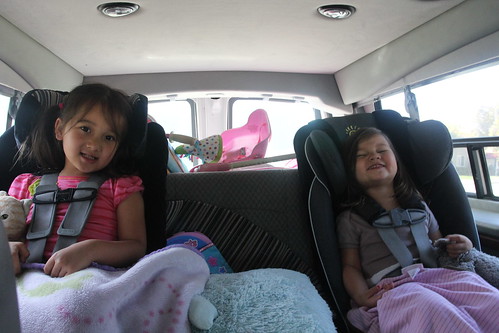 The girls got moved to the bench seat in the third row so Luka wouldn’t have to be there by himself. 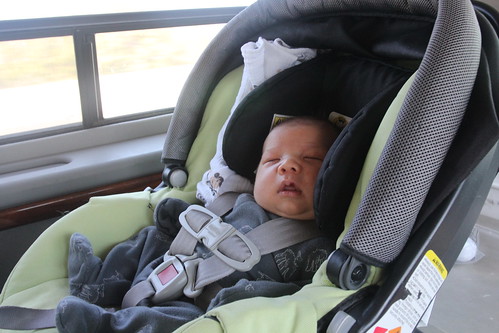 Luka and Marlene are now sitting in the captain’s seats in the second row while I chauffeur everyone around from the front. In theory, this configuration is fine, but in reality, this isn’t going to work for us on a longer trip. The main reason is that the bench seat where the girls are sits right over the rear axle and it is unbearably bumpy. Plus it doesn’t have the safety latches for their car seats. 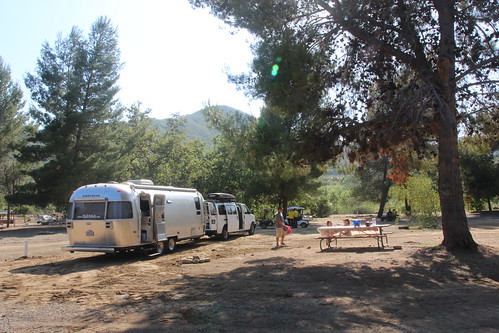 It was Mother’s Day weekend when we arrived at the Santa Paula KOA. They were running a special so we got 1 night for free. We opted for a dry camping site to see how we do with only our solar panels. 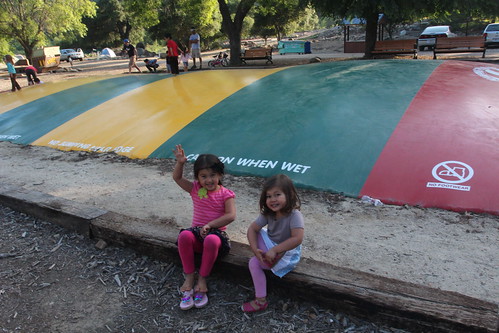 This KOA is the first one we have ever been to that has this bouncy balloon thing. The girls were excited to give it a go. 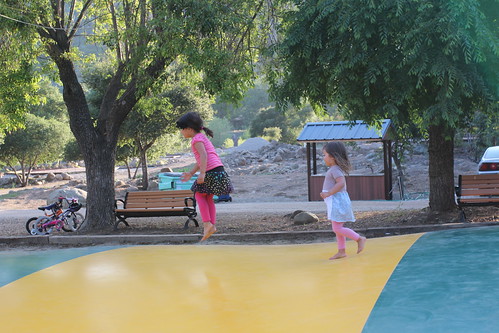 Ava was loving it. She could not get enough of the bouncy balloon ride. Mila on the other hand, was not quite ready to handle all the bouncing. Especially when some grown ups decided that it was a good idea to launch kids into the air. 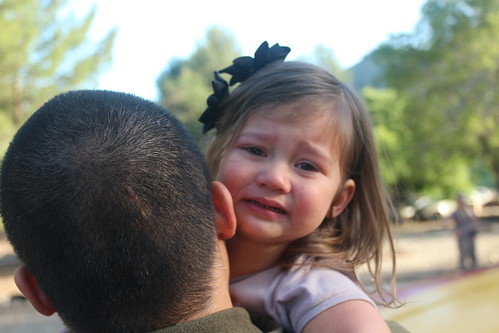 Smiles quickly turned to tears and the only thing that can fix that is a little daddy-pick-me-up. 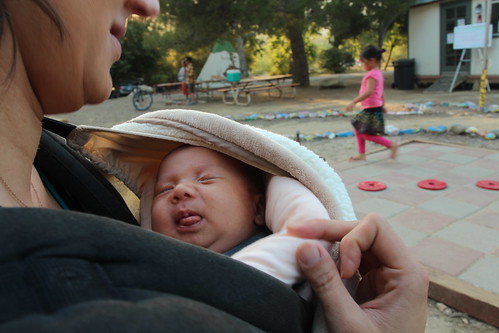 Luka pretty much stayed with mama in the Ergobaby carrier whenever we were out just like Mila did when she was a baby. I think this will be quite a common scene in the next few months. 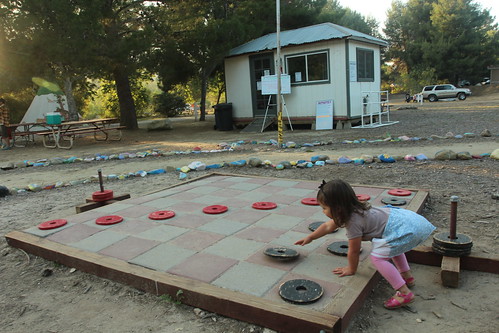 The girls don’t quite know how to play the game of checkers. Especially since, according to Ava, it is for giants. 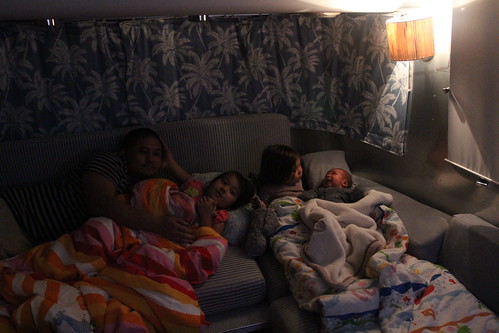 Our solar panels did well in our first official dry camping trip. A little conservation of electricity goes a long ways into making sure they are topped off at the end of a sunny day. 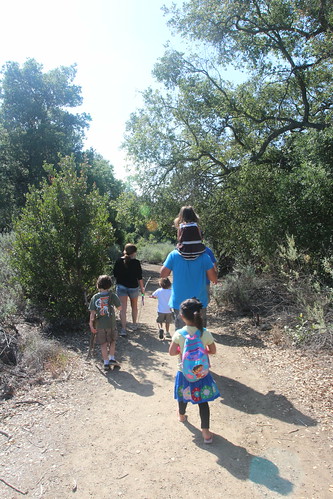 We are notoriously bad campers. I say that because we don’t usually do the things campers do at a campground. Things like lighting a campfire, roasting marshmallows, cooking food on a BBQ or hiking the local trails. Since we were here with some friends who are much better campers than us, we decided to give these novel camping activities a try. 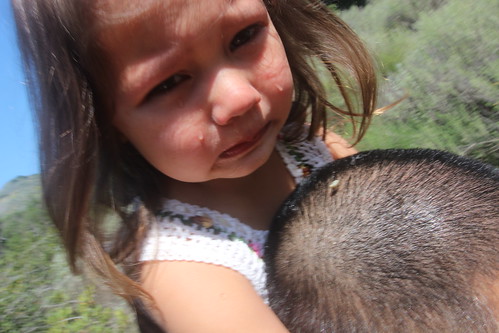 And guess what, someone is not a fan. Mila was ill-prepared for the hike and her new shoes gave her a little blister on her heel. She was so upset that she couldn’t stop crying even while riding on my shoulders. She cried so much a booger landed on my head and it stayed there for the entire hike. 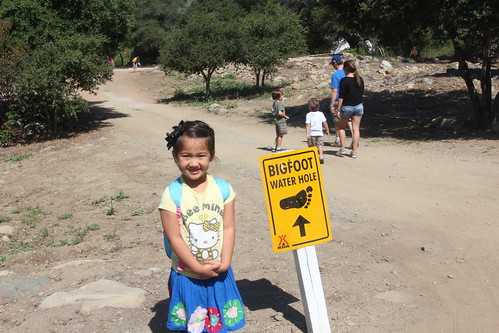 This KOA was under a lot of construction so there was no swimming pool yet for the kids to play in. However there is access to a little creek that runs along the campground where the elusive Sasquatch is known to make an appearance or two. 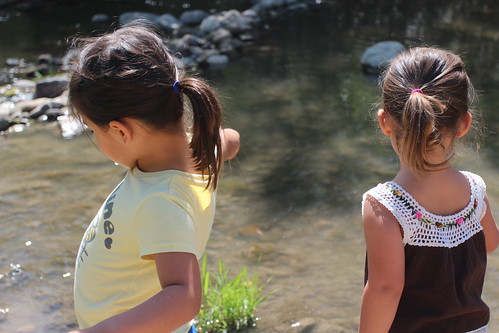 “Bigfoot!! Come out, come out where ever you are!” 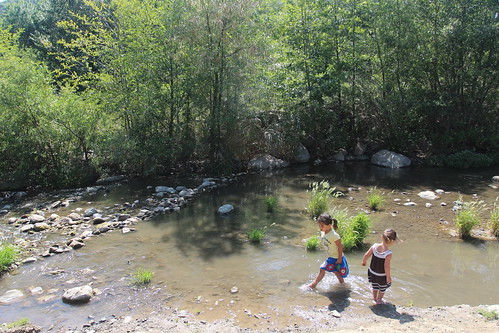 Sorry ladies, there is going to be no sighting of Mr. Big Foot here today. 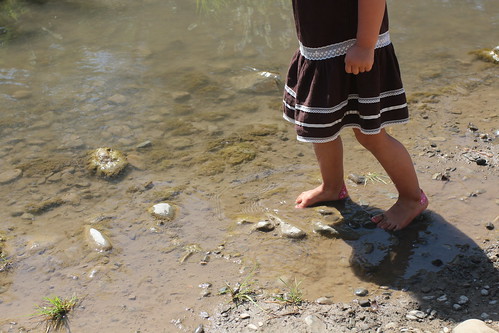 Just Miss Little Feet with Hello Kitty band aids on her heels where she got hiking boo boos. 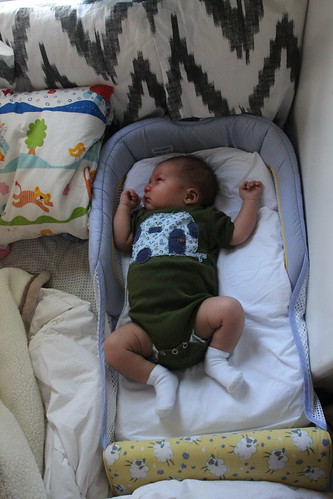 Another change in the Airstream we need to figure out is how the 5 of us will sleep. For now, Luka is sleeping in his little infant bed next to us. 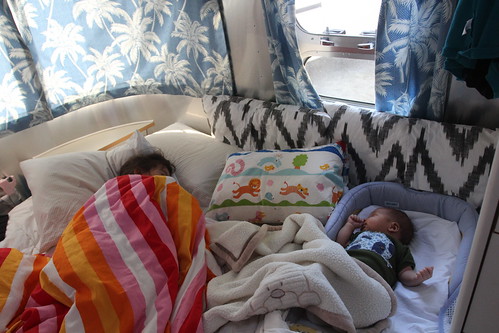 When he gets bigger in a few months, this is not going to work any more. In fact, since we went on this trip back in May, he has already outgrown this little baby bed. 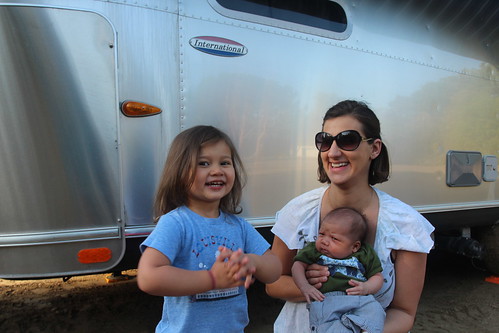 Luka is barely a month old in this photo and he is wearing the awesome Airstream onesie our good friend Kristiana from SilverTrailer.com gave us when we saw her at the Palm Springs Vintage trailer show. 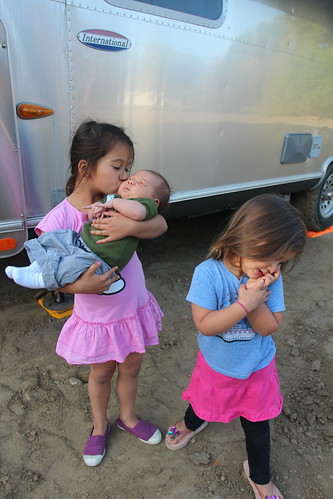 Within a couple of weeks of this trip, he had outgrown it. This series of photos might be the only documented photos of him wearing it. 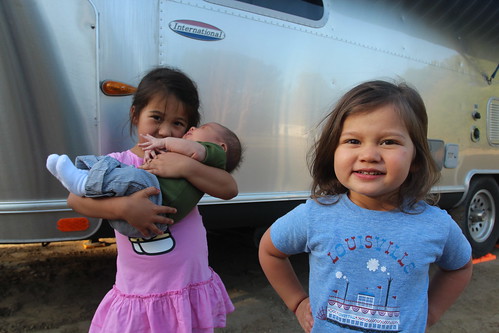 The girls love having a little brother and cannot get enough of him. Especially Ava. 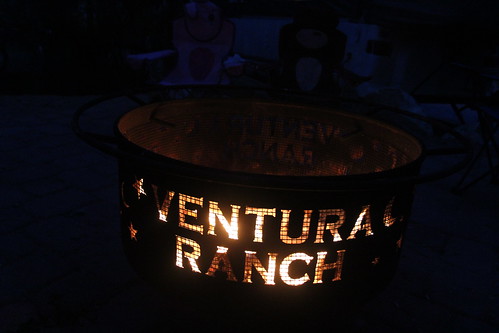 Our first trip with Luka to the Ventura Ranch KOA in Santa Paula was an all around success, minus the booger on my head. 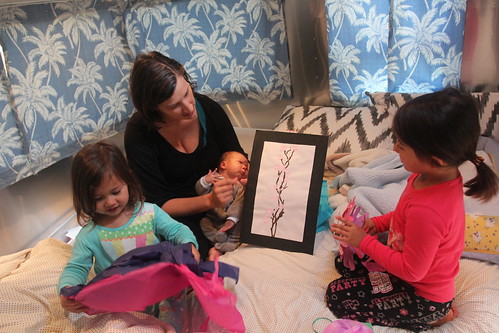 Especially since on the morning of check out, the girls presented Marlene with presents they made for her from school. We still have a lot of fine tuning to do to our full-timing life but we are slowly and surely getting there.