Today is the third Monday of February which means it is President’s Day. We’ve been in Bisbee for 3 days now since last Friday and it is as crowded as we have ever seen. The last 2 trips here we only stayed a couple of nights each and I believe both trips landed in the middle of the week. This part of Arizona is sort of off the beaten path and unless you come to Arizona a lot, you would probably stick closer to the bigger towns. 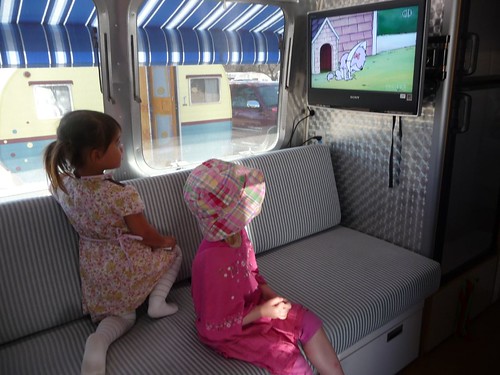 If you read yesterday’s post, you would have learned that we finally connected with Claire and Daniel who are wrapping up their year long trip in their vintage Airstream Caravel. Their daughters Sophia and Lulu are close to our girls’ age and Ava is very excited to have a playmate for the next few days. Sophia came by in the morning to say hi to Ava and we invited her in for some Clifford the Big Red Dog on PBS kids.

We made pancake breakfast inside the Airstream and invited Sophia to stay and eat with us. 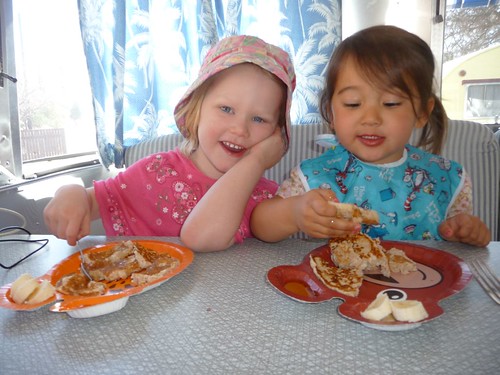 And she shared her alphabet toys with Ava. I think they are still feeling each other out and being somewhat polite and cordial. It is so interesting to see how kids deal with meeting new friends and how to develop a relationship. Before this morning, they had only met and played with each other under the supervision of Rich (of Airstream Life) and Eleanor’s daughter Emma. 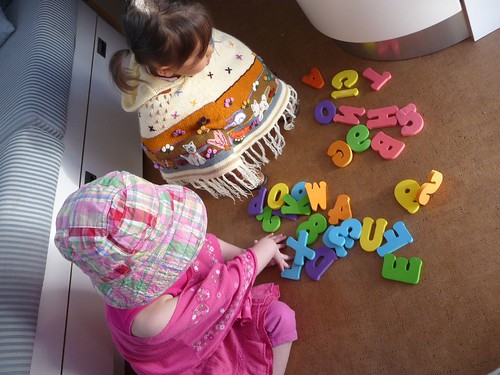 Our original plan was to spend a couple of days in Tombstone before heading down to Bisbee. We ended up deciding against it because the RV parking situation is just not very attractive. We could park just outside of town in a bigger RV park but we would still have to drive in to visit the town. Parks within walking distance of the town are convenient but are nothing more than dirt lots with your neighbors inches away from you on both sides.

We decided that we would just drive into Tombstone to visit for the day since it is only a short 30 minute drive from The Shady Dell. We had told Claire and Daniel that they shouldn’t bother to stop in Tombstone on their way into Bisbee since we could just go together once they got here. So that’s exactly what we did. 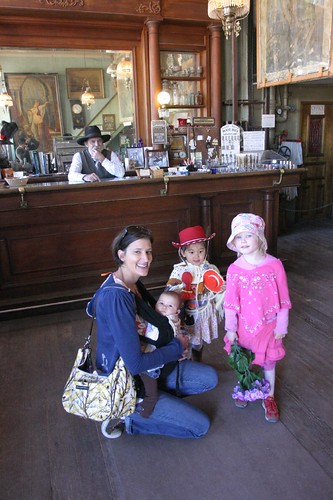 Since we have been to Tombstone 2 other times, we acted as amateur tour guides for our new friends. Surprisingly, they have never heard of the gun fight at the O.K. Corral or seen any of the movies made about Tombstone. I felt it was my obligation to give them a quick run down of what I know of the history behind Tombstone so they can put their visit to some type of perspective. 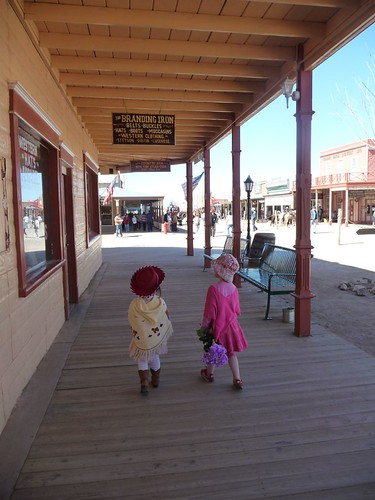 The girls on the other hand had no problems keeping themselves entertained. Since it was the Monday of a three day weekend, Allen Street was more crowded than I have ever seen. We tried to grab a bite to eat at the popular Big Nose Kate’s Saloon but the wait was over a half hour. Luckily we dashed across the street into Crystal Palace before a second wave of tourists were able to clog that place up.

We left Claire, Daniel and family because I had to get on a conference call to deal with some work issues and they were going to see the OK Corral gunfight reenactment. Marlene and the girls went to do some souvenir shopping while I split up to go get the car from the parking lot.

Back at The Shady Dell, I hopped on WiFi and dialed into the call and got to work. We have been lucky so far that everywhere we went either had good Sprint 3G coverage or a solid WiFi connection. As we start traveling through New Mexico and Texas, 3G connection is going to be harder to find so we will have to either make sure we can connect to the campground’s 3G or start making trips to coffee shops for work. 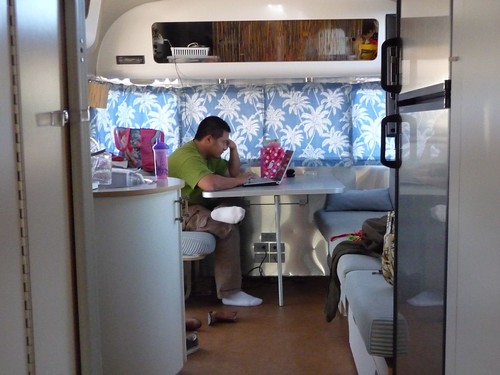 This is one of those times when having the FB floor plan in our 25 foot Airstream comes in really handy. Since we can pretty much divide the interior of the trailer into 2 compartments, Marlene can take the girls into the bedroom while I use the dinette as a temporary office.

Wanna know what happens in the bedroom while I am on a work call? 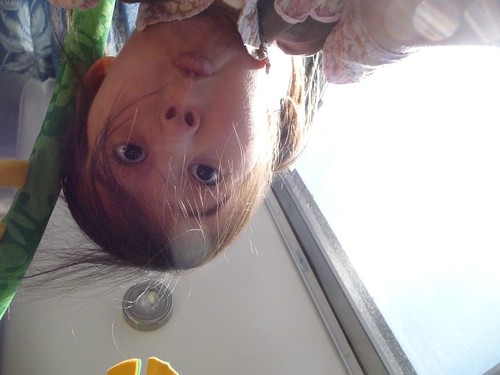 And Ava steals her camera and takes upside down self-portraits like this.

Our fourth day in Bisbee ended with us hosting a little dinner inside the Mali Mish. We have had guests in here before for dinner but never this many people. 4 adults, 4 kids and a cat. We brought in a little collapsible picnic table and a folding chair and it actually worked out quite well. We shared some traveling tips and also Daniel made us some awesome Margaritas. We decided that we are going to try to stick together for the next few stops on our way east. It will be nice for Ava to have Sophia as a friend for the next few days and cool for us to hangout with our new buddies before they call an end to their North American adventure.