Our goal with this van project is to document the entire build via this blog in addition creating videos on YouTube and photos & short video clips on Instagram. Oh and secret sneak peeks on Patreon too. So here we go… 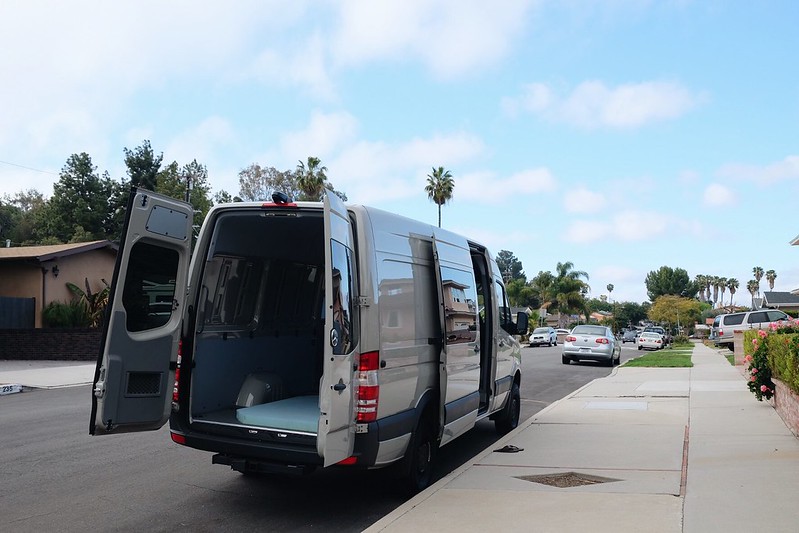 Step 1: Make a list of all the things we think we need/want to do and tape it to the inside of the Sprinter. 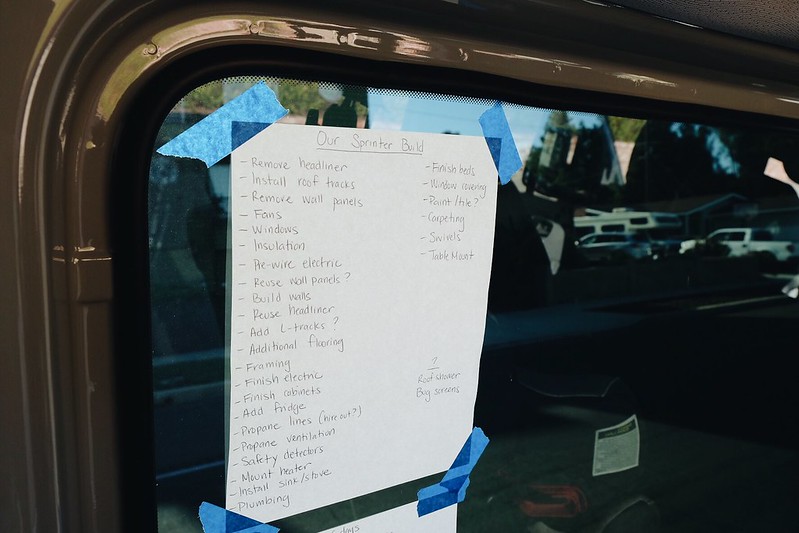 We’ve never done a build like this before and we don’t have a real workshop. But we do have motivation and ten years of living on the road under our belts. 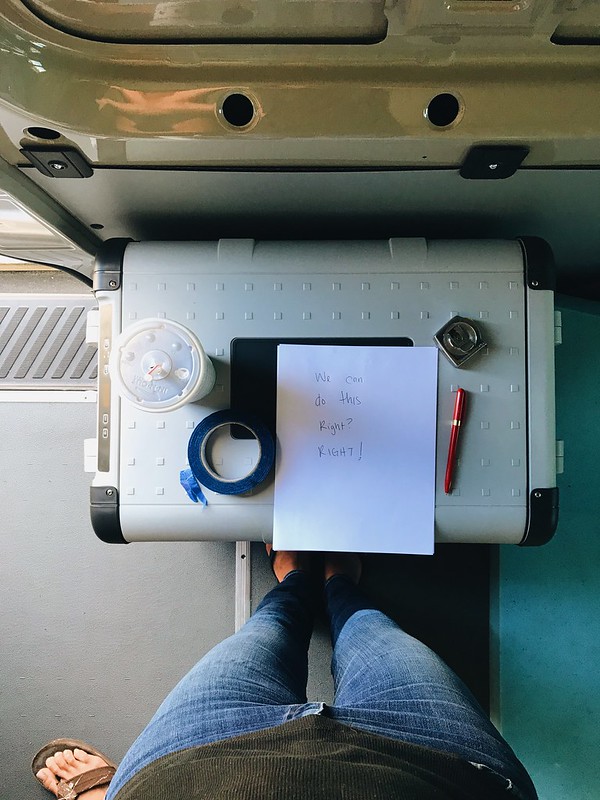 We can do this. Right? RIGHT! 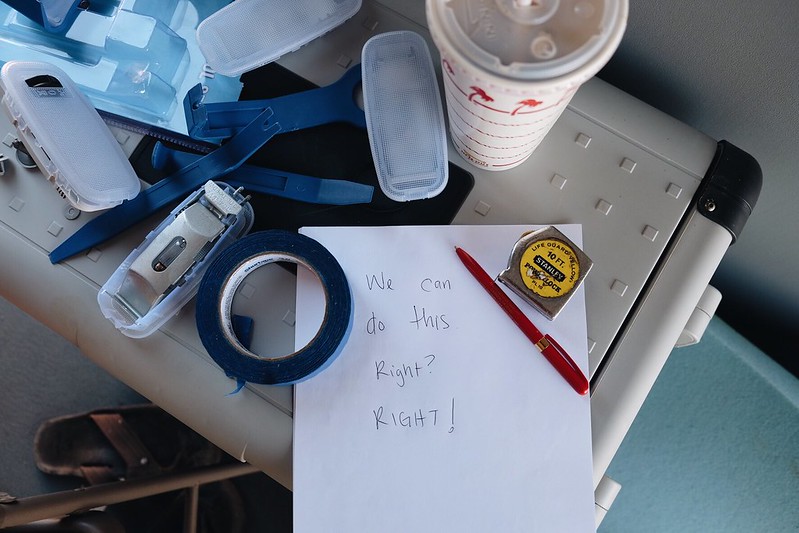 The first item on our list is to remove the entire headliner. It’s not the best feeling to start ripping apart a brand new car but that’s what we signed ourselves up for so no turning back now. 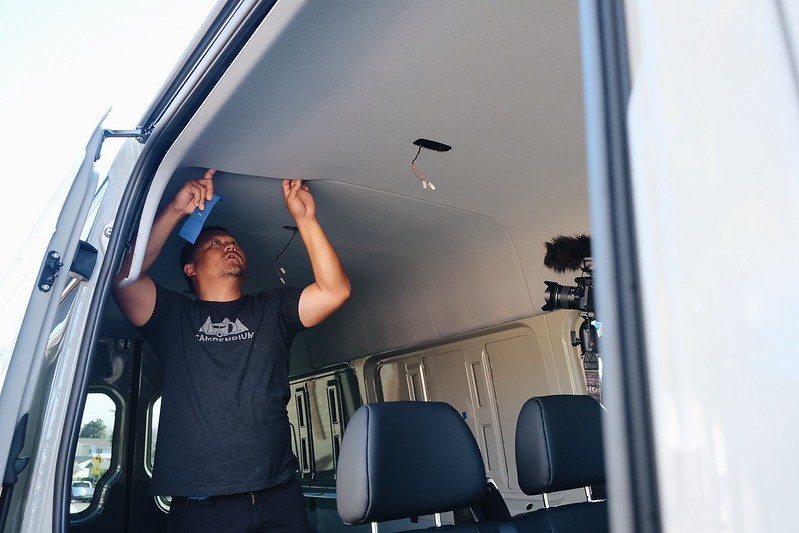 As Dan started pulling the headliner off from the mid-section, we realized that we should probably start at one of the ends instead. 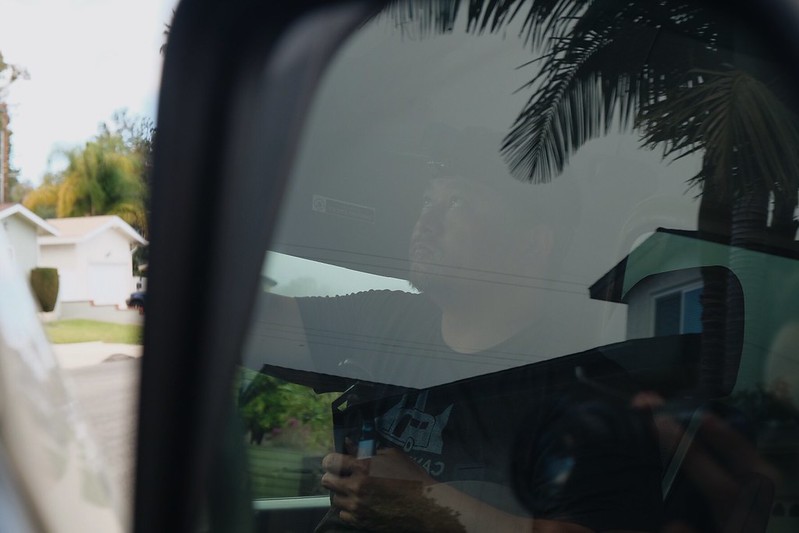 After a few bolts to remove the visors, we used a plastic molding removing tool to undo the headliner clips from the cab area. 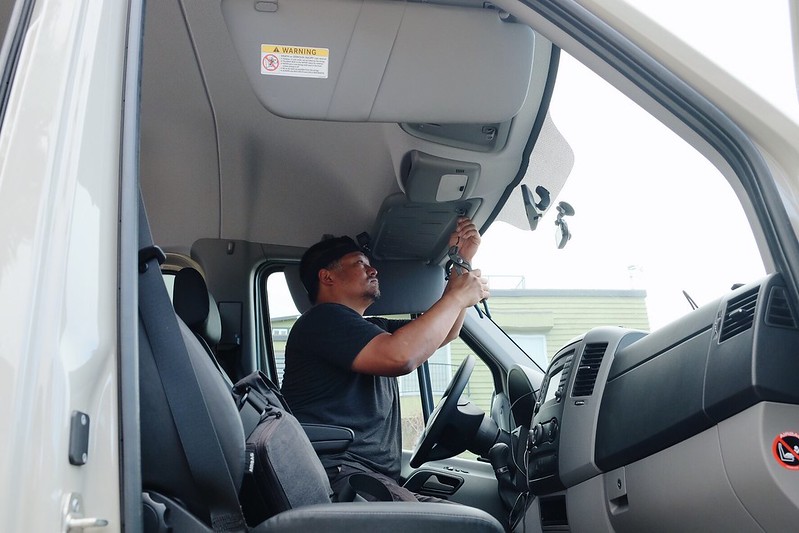 And then one by one, each piece was taken down… breaking a bunch of little clips along the way. Hope the plastic clips are cheap to replace but with Mercedes you never know. 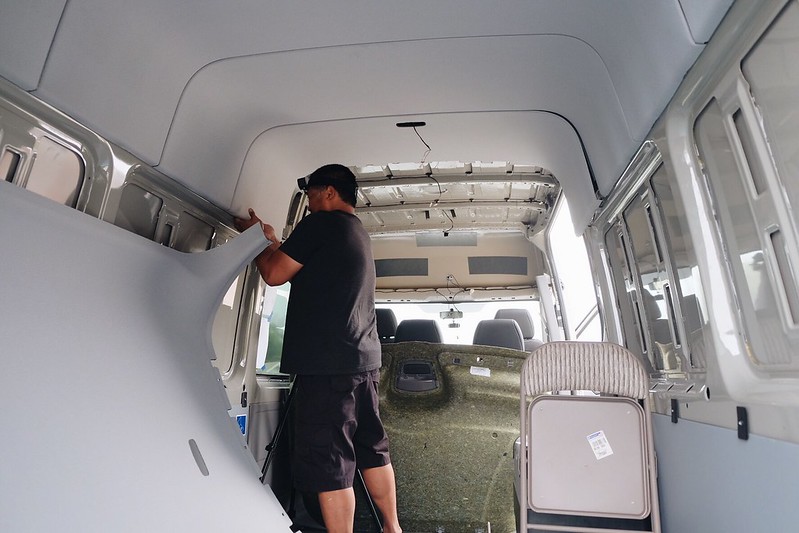 Now that the headliner is gone, Dan climbed up to the roof to pop out the covered pre-drilled holes in order to install our roof tracks. We opted to use ones made for our Sprinter from VanTech. 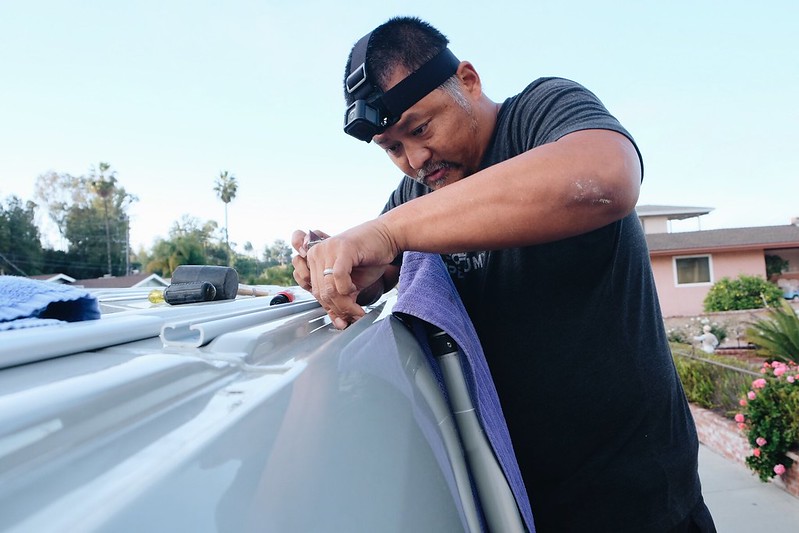 The face of a man creating holes in a brand new Mercedes. Hahahah. Hopefully each additional hole won’t hurt as much. 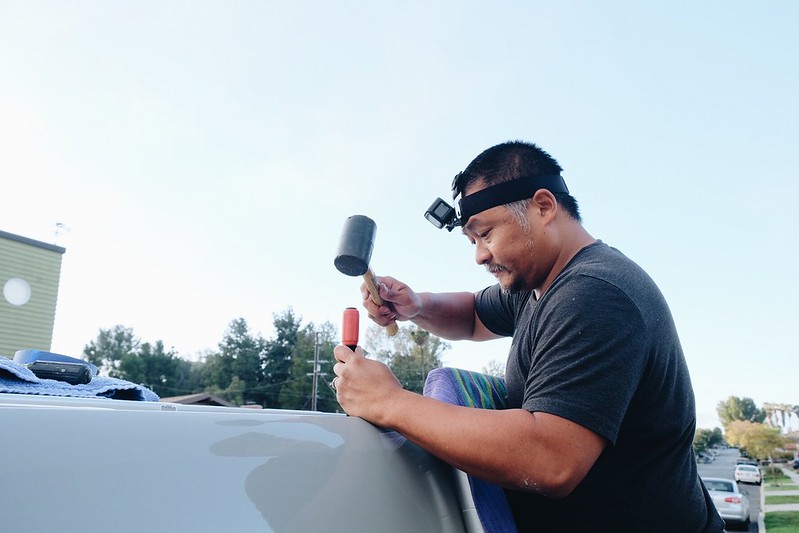 Dan popped the holes open, laid down tape, laid the tracks over that and then pushed screws through while I worked on the washers and bolts from the inside of the van. 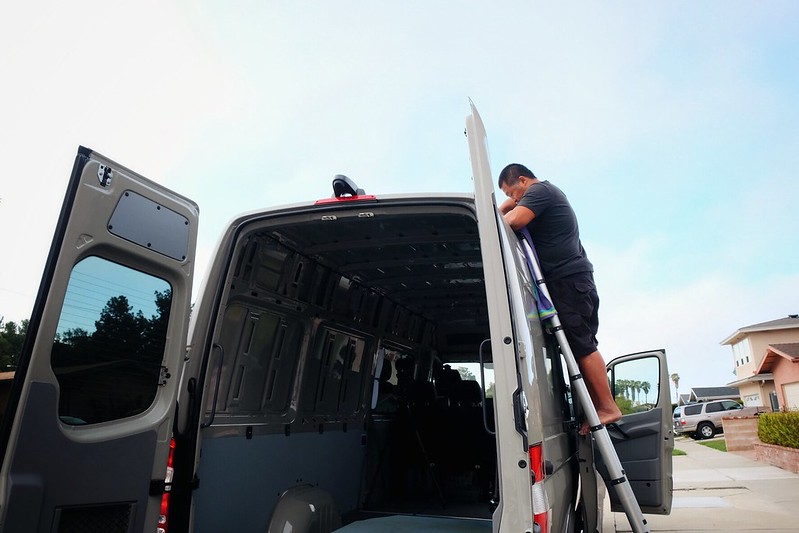 It’s actually real nice to have these pre-drilled holes available. 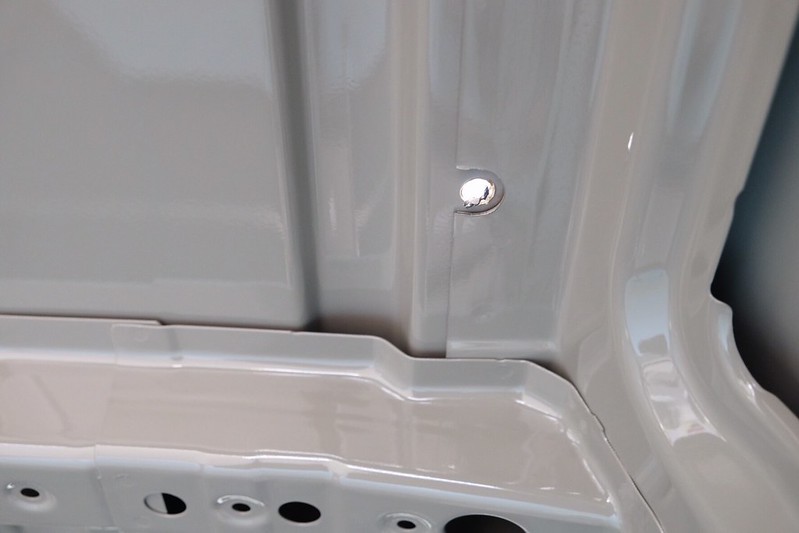 This the bit that gets pushed out. 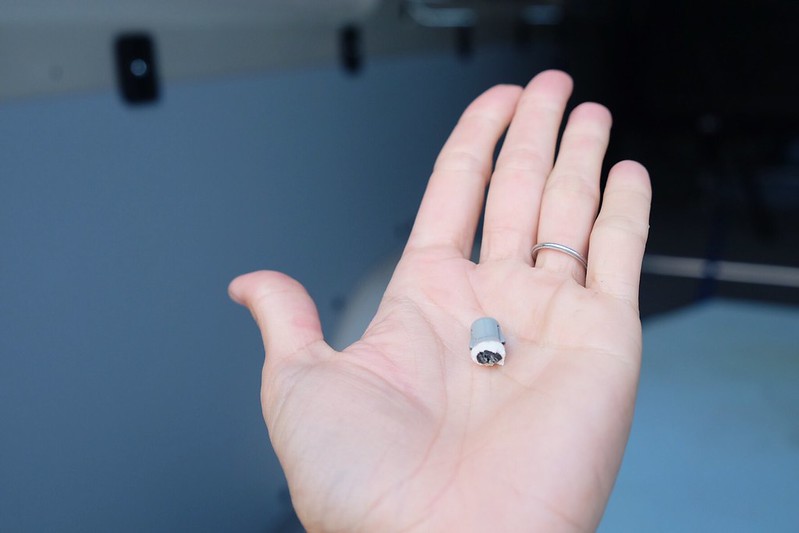 Here’s a shot of the aluminum roof tracks from VanTech that we installed. 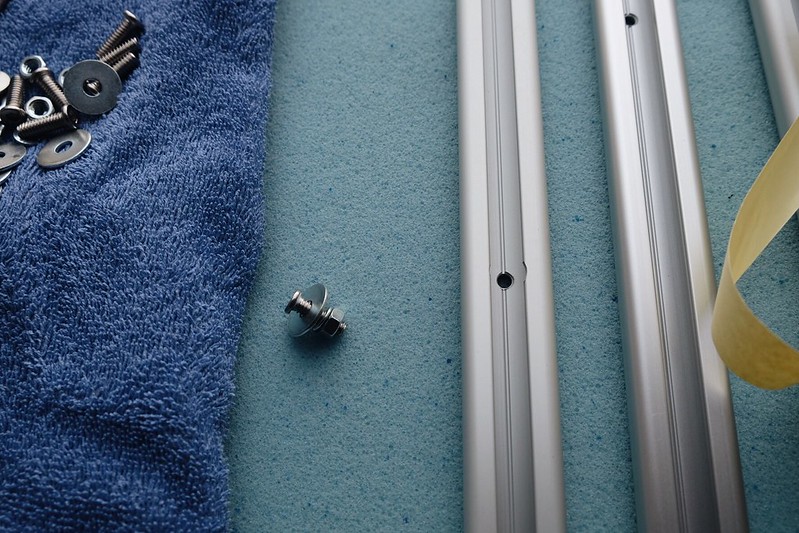 Finished with day 1’s projects just after the sun set. 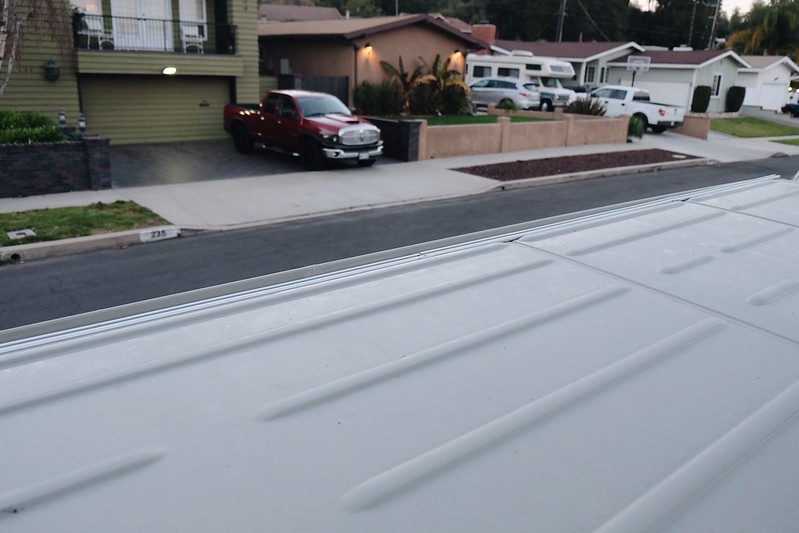 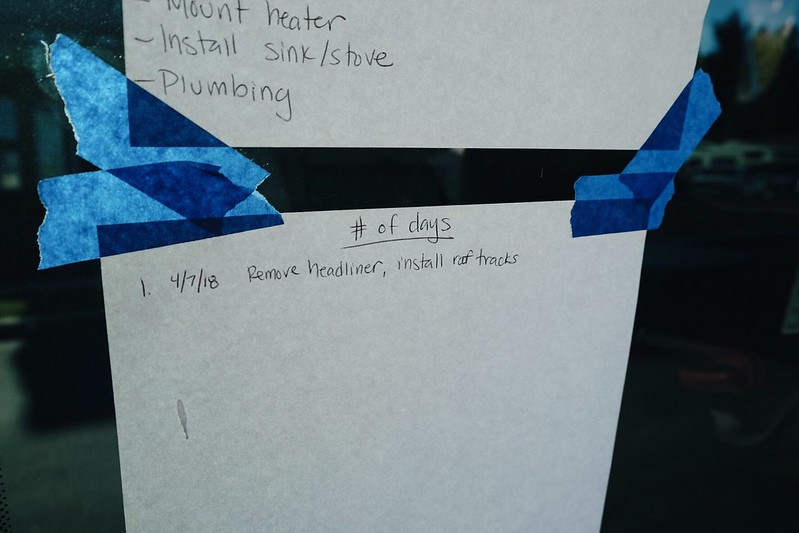 No, I didn’t just take photos the entire time. I helped too. Pinky promise. 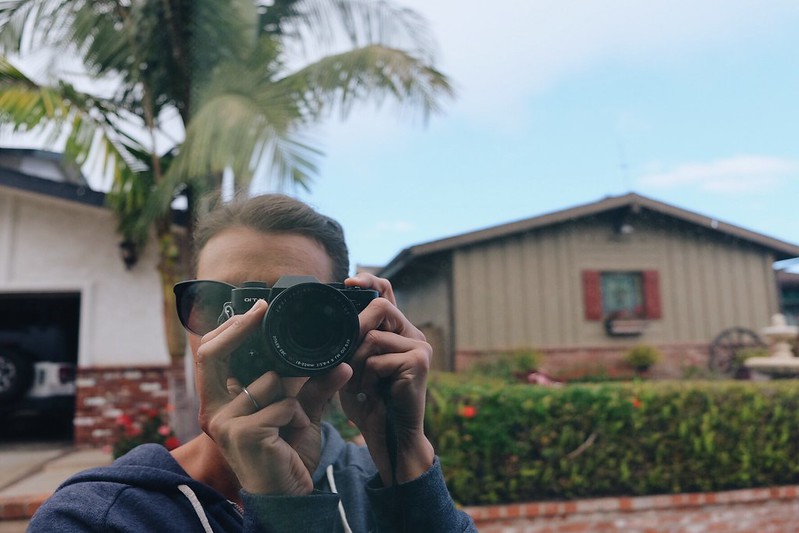 Here is the video Dan created of our first day.

Enjoy and thanks for following along,
Marlene