I have been using my new Dell Venue 8 for awhile since I first received it back at the end of March. As I wrote about in the last post, it does some pretty amazing things. One of the features I had wanted to try was the Intel Real Sense feature that allows the device to detect depth using its built-in cameras. How it works is that this camera actually has a total of 3 cameras in the back. One of them is used to take the 8-megapixel photo (though sufficient for online use but it is not the highest resolution for a device that touts it ability to manipulate photos) while the other 2 are used to measure depth. 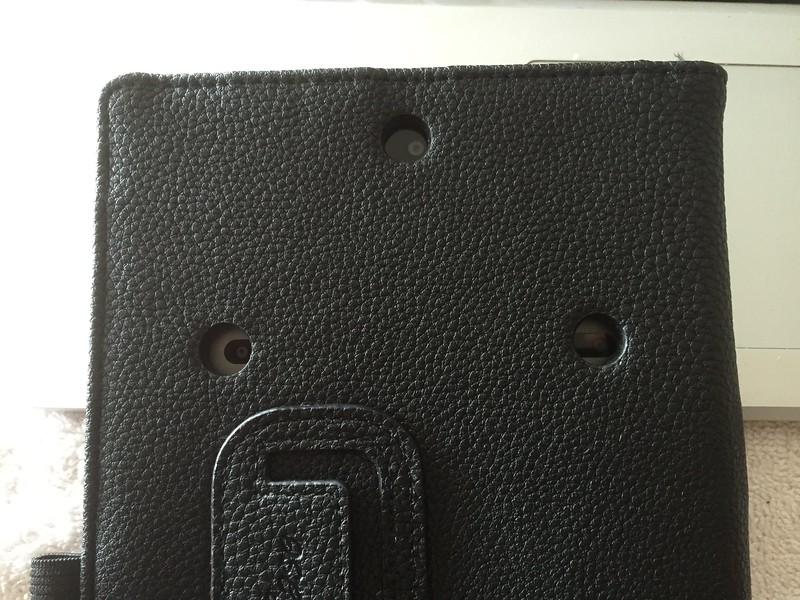 It does it using its built-in software to detect differences between the images it captures and determines distance based on that data. Here is sample image I took. 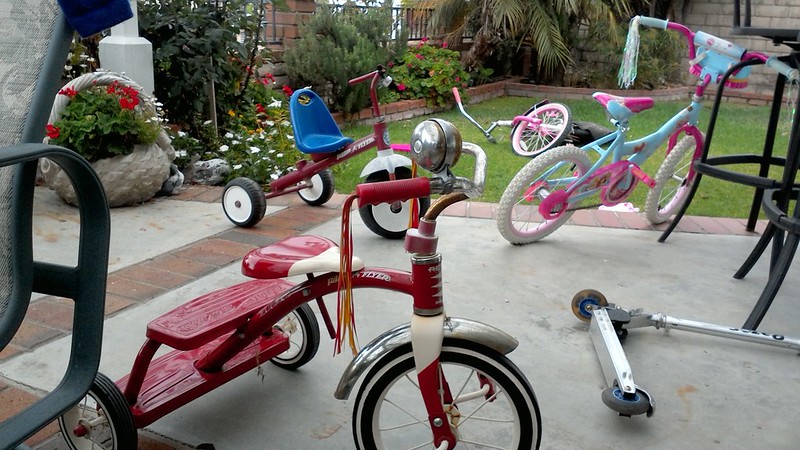 To be honest, for being an 8 megapixel image, it is actually quite sharp and usable even for printing small 5×7 photos. 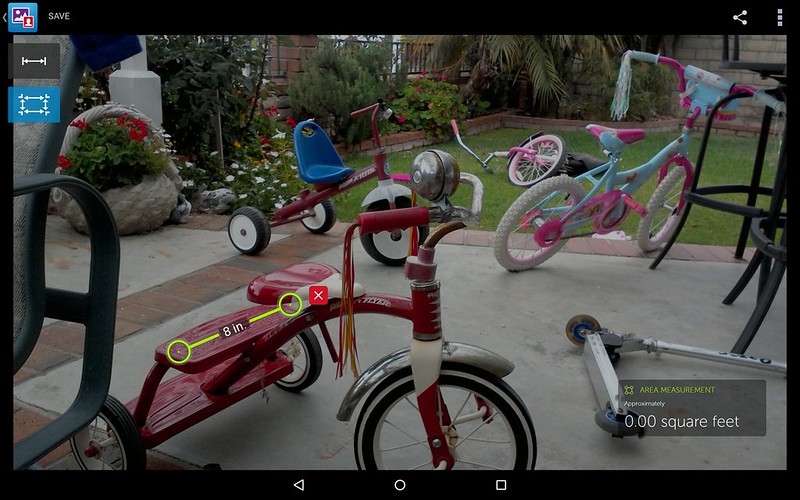 Here is a screenshot of the Real Sense technology in use. You can measure distance as well as square area. This can prove to be very useful for us when we are trying to determine whether or not the Airstream will fit in a certain space.

This feature actually was not working very well for me at the beginning. I tried taking several photos with it but the software took a long time to analyze the information it got and never really quite got it right. Here is a shot I took of the Airstream before the latest software upgrade. 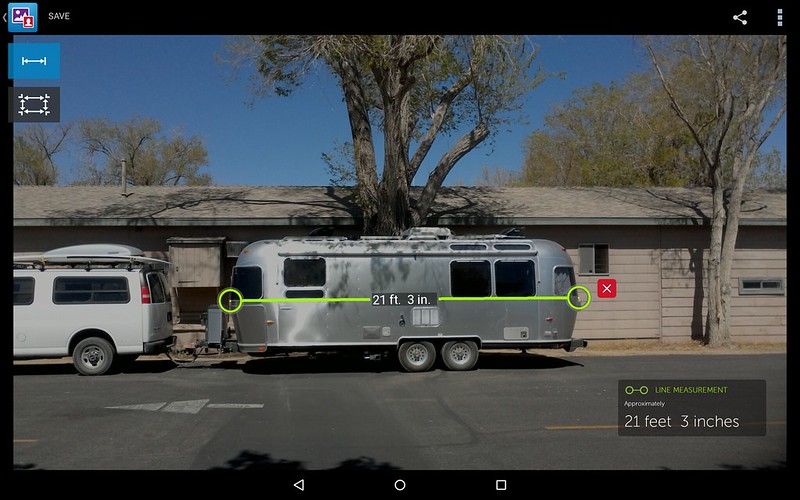 This measurement is off by at least 3-4 feet. I think the new software update I installed last week has resolved this issue but I will need to do some more testing to know for sure.

A couple of other things Real-Sense can do is to create an artistic shallow-depth-of-field photo by knowing what part of the image to keep sharply focused and what to blur out. Here is the original image. 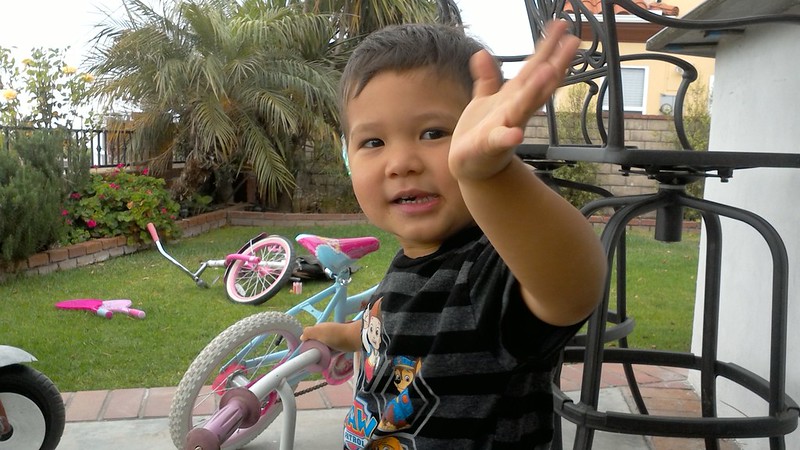 I can click on the image to choose what depth I want to keep the focus on and the software determines its depth and automatically figures out what parts of the image to blur. As you can tell it doesn’t quite do the job perfectly but it is quite impressive what it can do with this technology. 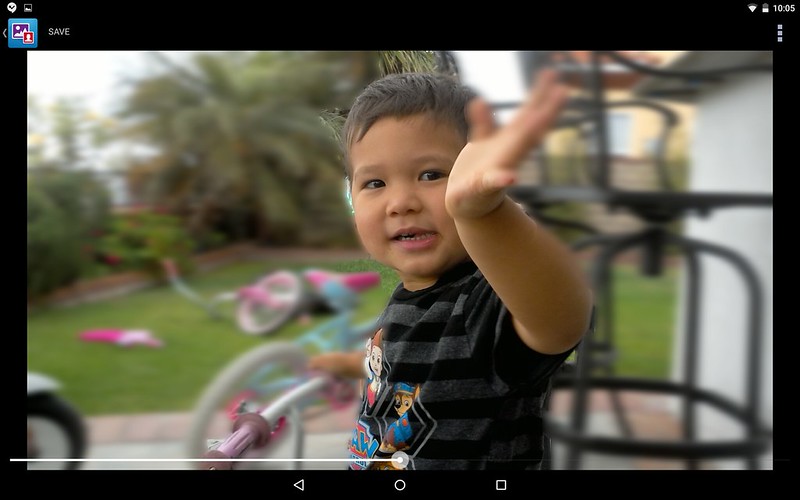 Here is the same photo but with the background in focus instead. 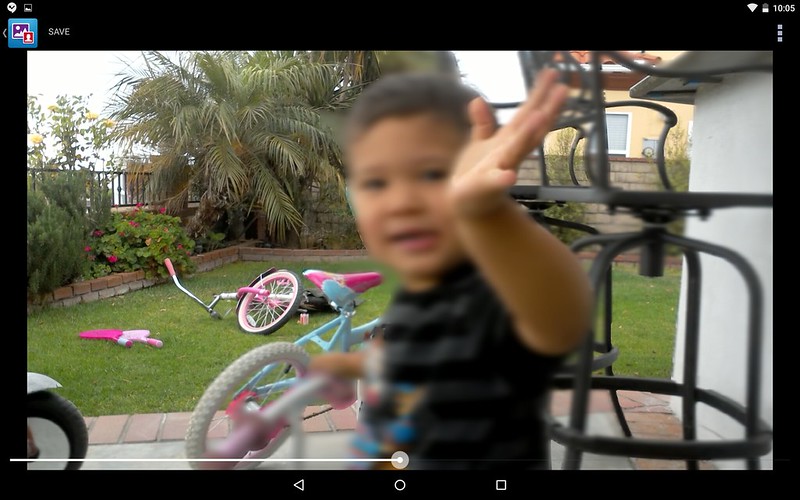 As you can tell, this feature is neat but probably still more on the gimmicky side of useful. What I am really impressed with is the technology. With some imagination, a lot of new applications can be developed using Intel’s Real-Sense on mobile devices. For example, some companies are already using this for scanning in order to use it as 3-dimensional models.

I think this is just a tip of the iceberg of where the Intel RealSense technology is headed and I hope to be experimenting with it a lot more on our way north this summer. I want especially thank Intel Tablets for providing us with this device to test and evaluate.

#spon: I’m required to disclose a relationship between our site and Intel. This could include the Intel Corporation providing us w/content, product, access or other forms of payment.

I’ve only done a few product reviews in the past mainly because we are so behind on our travel posts. As we are trying to catch up, I wanted to share a new Dell Android Read more…

Our interview in Wand’rly Magazine.

Wandr’ly Magazine is a Web-only magazine founded by a friend and fellow traveler Nathan Swartz. We were interviewed and featured in one of his articles a couple of months ago but I just realized that Read more…

Day 110: Two ships passing during the day in Columbia.

We stayed a few miles north of Columbia, South Carolina at a Walmart when we drove down last night from Tryon. We are headed to Charleston but we decided that Columbia would be a good Read more…