As we drove west last night out of Las Cruces, we contemplated making the long drive all the way into Arizona and settle somewhere in Tucson. That would have been a really long trek and we would be missing a stretch of I-10 that we have not explored much in the past. We decided to stop at the town of Deming, New Mexico for dinner and stay the night at the Wal-Mart. 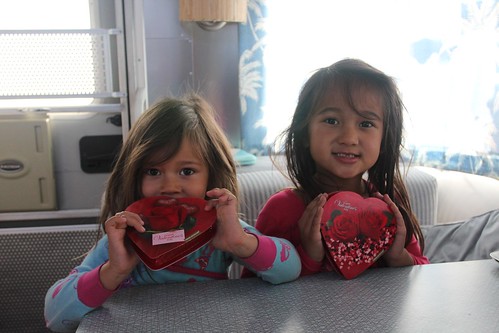 The Wal-Mart in Deming turned out to be a pretty popular stop for a handful of other RVers. There was close to a dozen of us that took over a corner of the parking lot. As today is Valentine’s day, the girls also got heart-shaped boxes full of chocolates in the morning before we left. 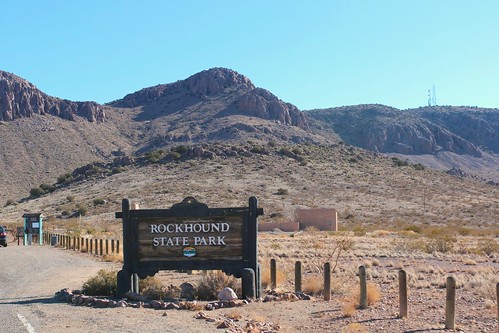 A few miles south of Deming is a New Mexico State Park called Rockhound. We have heard good things about this park and we decided it would be a cool place to check out. 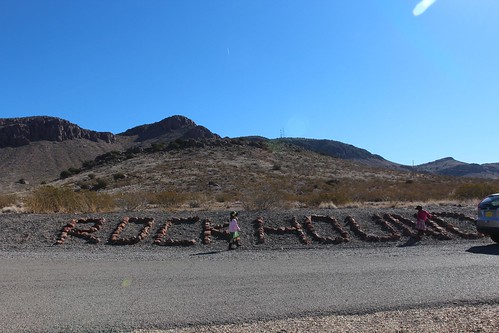 New Mexico State Parks have some of the best camping rates in all of the country. If you are a state resident, you can get an annual camping pass for only $180 a year. Out-of-staters can get one for $45 more. That will get you dry camping in any of their state parks with campgrounds for no additional charges. If you wanted hookups, water is free if it is available, electricity and sewer will only cost you $8 more a night. This deal is so good I might consider living in New Mexico for a whole year just to take advantage of it 🙂 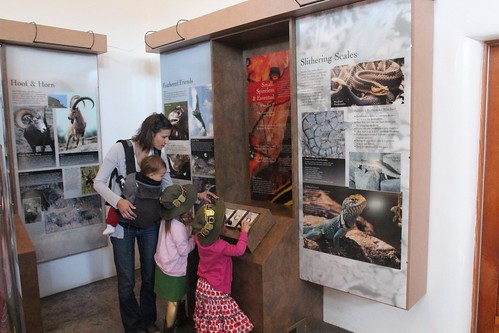 Rockhound State Park is named for its abundance of geodes and other minerals in the area. Unlike other state or federal parks, you are encouraged to find rocks and take them home with you. As long as you don’t take more than 25 lbs worth. 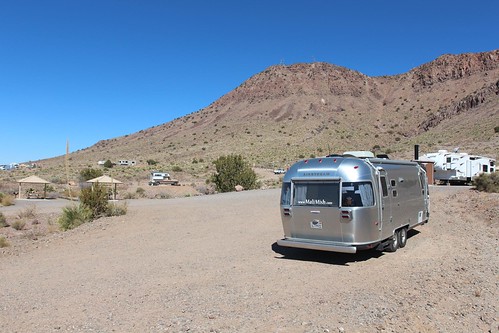 We decided that we will just spend the day here rather than paying for a campsite. We haven’t paid for a hookup campsite since we left Houston 8 days ago. Our dry campsite in Marfa did have a 15-amp plug but other than that, we have been doing just fine with our solar panels. What we do need is to dump our tanks and fill our fresh water which we were able to do here. 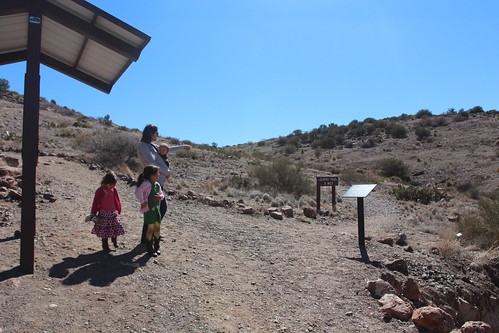 There are a couple of hikes here at Rockhound and one of them was short enough for our kids to tackle. 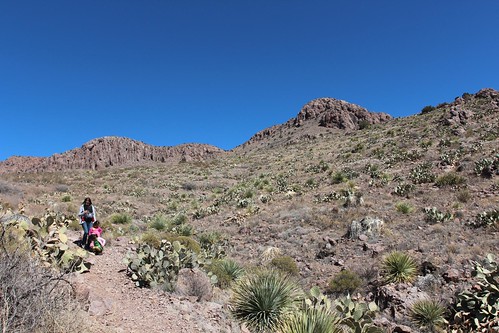 The trail is about a half mile hike along a dirt path. It starts right next to the day-use parking lot and ends at the visitor’s center. We have not done a lot of hiking in the past because of our kids age but now that girls are getting a little older, they can handle short ones like this. Plus the treasure hunting aspect of collecting colorful rocks kept them busy along the way. 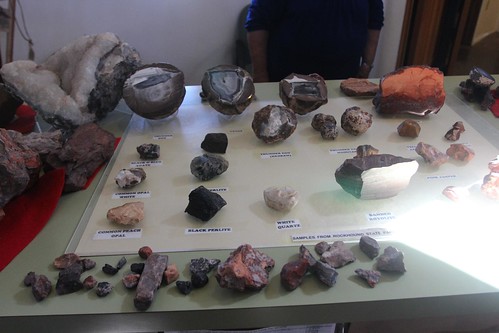 This is all of the loot we gathered along the way. We didn’t come close to the 25 lbs limit but we did find some pretty neat ones. 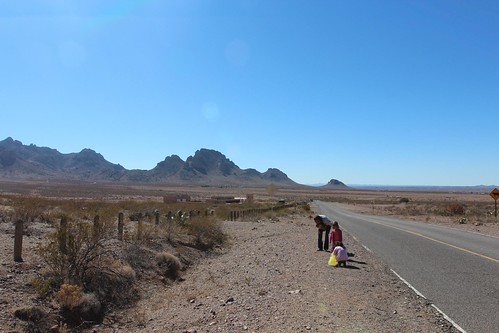 On the edge of the Little Florida Mountains, Rockhound State Park has great views of the western desert of New Mexico. 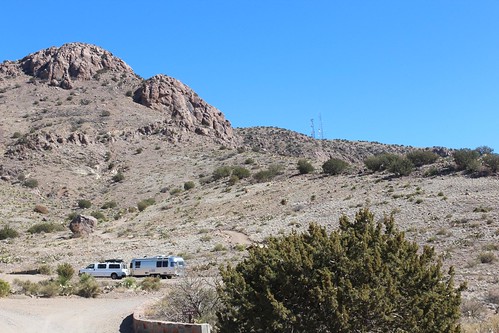 After we got back to the Mish, we took some time to relax from the impromptu day trip and hike. 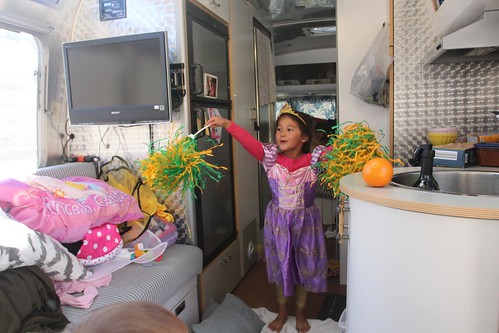 From here on out, we will be heading into Arizona and venturing in to much more familiar territory. 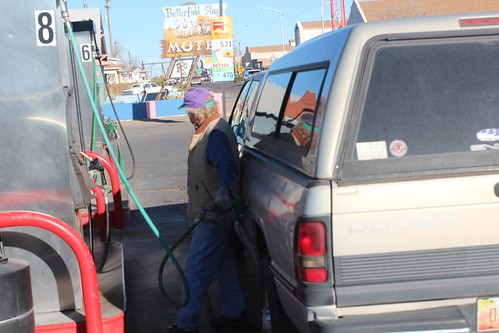 As we packed up and headed back towards I-10, we found a local gas station to get some diesel. As we were pulling up to the pump, I asked this local guy if he would mind pulling up to the forward pump so we didn’t have to wait. He just looked at me and shook his head. Apparently not all small town folks are friendly. I gave him the most disappointed look I could muster and all he shouted back in return was, “I like THIS pump.” Well, the joke was on him. He had so much trouble getting diesel out of that pump he gave up after a couple of minutes and drove away. Karma is a bitch. 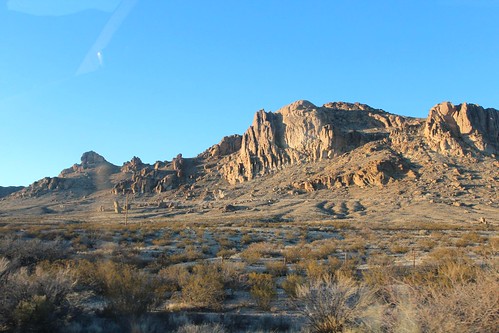 Here is the view of the Little Florida Mountains on our way out as the sun sets to the west. It is a breathtaking view. 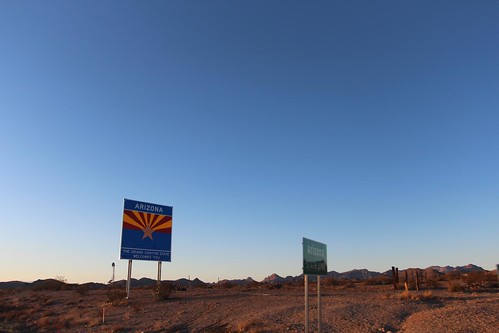 We crossed into Arizona finally after being on the road nearly 7 months. We are officially one state away from where we started. 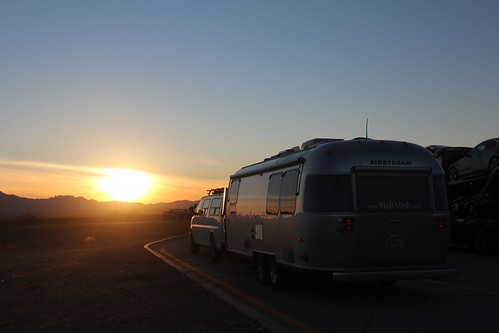 Tonight, we will make our way just short of Tucson and stay the night at yet another Wal-Mart in Benson, Arizona.

You all found some very pretty rocks. I love the karma story.

I have to say one of my favorite aspects of your trip this past year is how you have shamed the rude people to you that have been jerks (the old man, the mean cops ect…) I absolutely LOVE it!!!! If I had a blog I would totally do this too! Go Karma!!! 🙂