Last night after we left Houston, we started to make our way towards Austin, Texas. At the town of Bastrop, 35 miles east of Austin, we passed the midway point of Ventura, CA and Key West Florida. We are now officially closer to where we started back in July 2012 than Hemingway’s polydactyl cats. 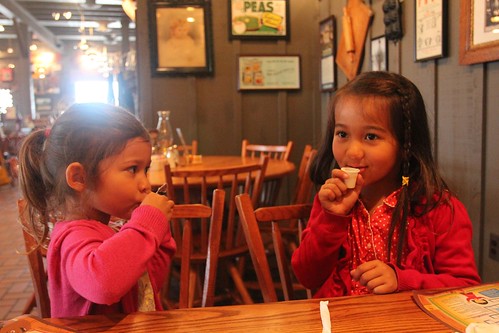 Thanks to our friend Jerry in Beaumont, we were treated once again to breakfast at Cracker Barrel using what was left on the $50 gift card he gave us. The girls took a celebratory shot of milk to commemorate us passing the point of no return as we head back to California. 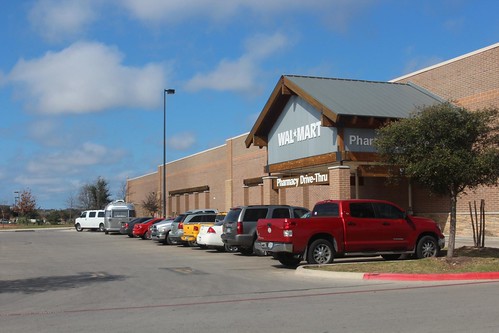 As with most big cities, overnight parking is not as easy to come by. Big cities have big rules and big populations that don’t take to kindly to gypsy families that sleep in parking lots. Instead of heading to Austin to find a boondocking spot, we took a slight dip south to Buda, Texas to camp at the Wal-Mart. It was here in Buda during our last trip where I got to go to my first Cabela’s as we made out way south to San Antonio. 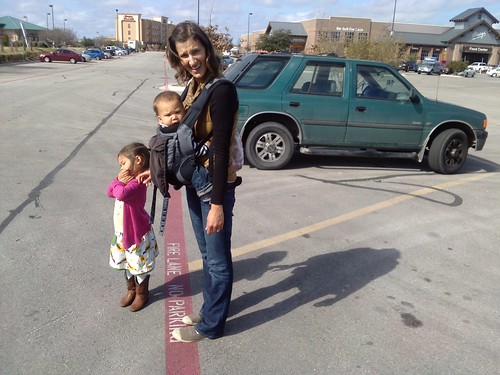 While we were making our way west, we were contacted by a facebook friend who lives in Austin. Greg and Jenn White are native Austinites who have returned after spending several years full timing with their 3 children. They settled back in Austin a few years ago and now own a coffee shop which they bought as the kids’ high school project for them to run as a family. 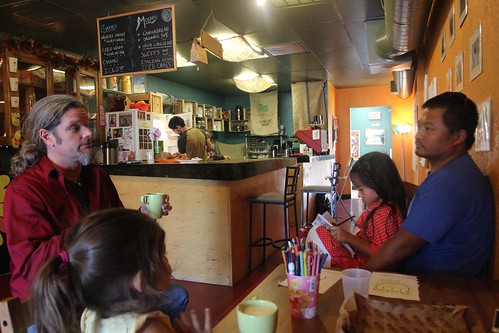 When Greg and Jenn left their jobs and hit the road with their children back in the early 90’s, Marlene and I were barely out of high school and had not even met. Seeing the amazing family bond they have with their kids is an inspiration and gives us great hope that we will be able to do that same with our kids as they get older. 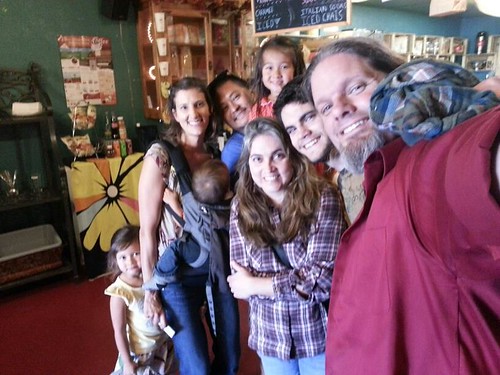 Our visit with them was short but we connected instantly. We hope to see them again soon as they plan to hit the road again as their kids have just graduated high school. To find out more about their adventures, go check out their website at BareNakedFamily.com. 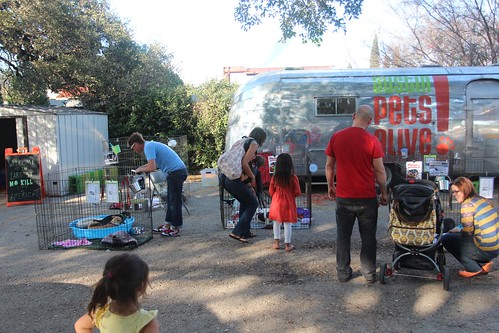 Austin is of course the Airstream lover’s paradise. Every kind of business that can be run out of an Airstream is found here. 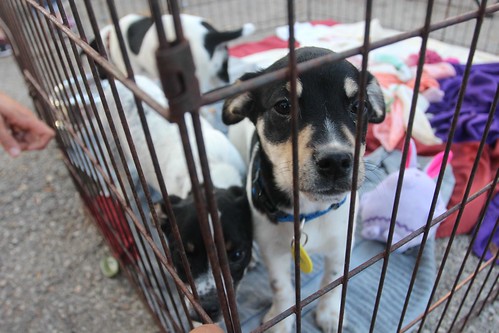 Austin Pets Alive is a no-kill shelter with several Airstreams that they use as mobile adoption units. 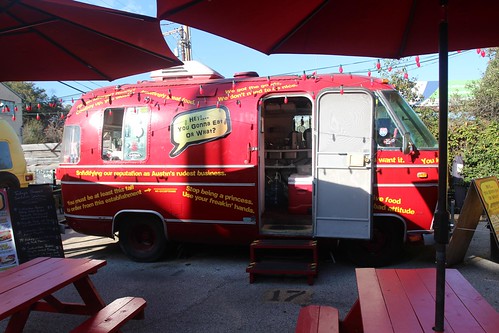 This Argosy motorhome is one of the shortest ones I have ever seen. 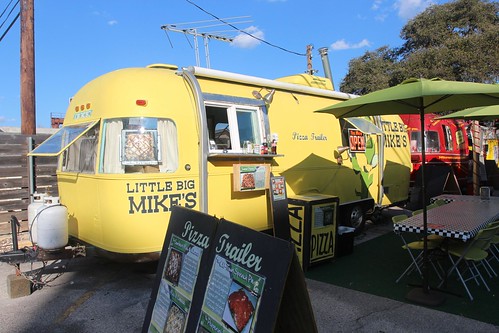 Just behind it is Little Big Mike’s pizza trailer that makes a pretty mean pie. 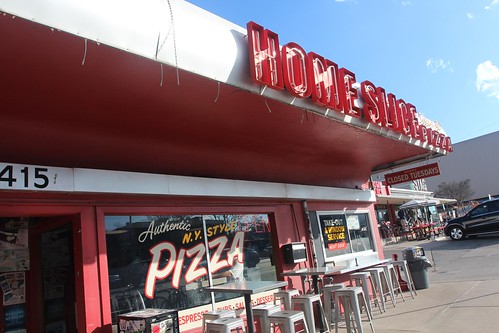 Speaking of mean pies, we decided to check out Home Slice Pizza for some authentic New York style pizza. 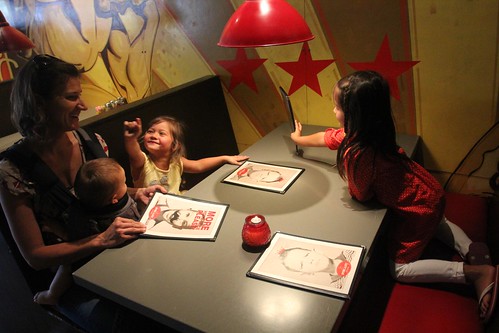 Our last visit here in Austin revolved mostly around barbeque joints. We are trying to expand our horizon a little this time around. Just a little. 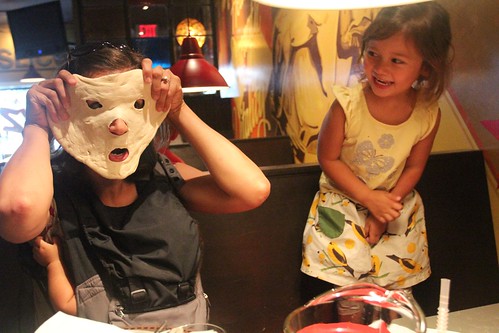 To keep the kids occupied, Home Slice gives the kids some raw pizza dough to play with while we wait for our food. Apparently it works with adults, too. 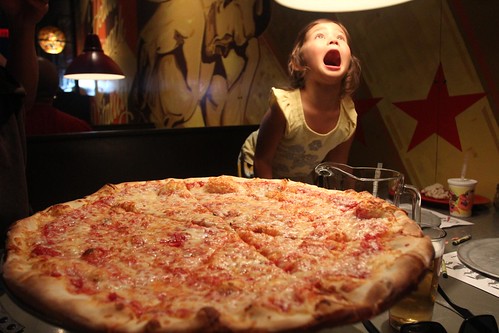 Their pizza was pretty amazing. Too bad for Marlene as Luka is still allergic to dairy so the girls and I have to finish this huge pie ourselves. 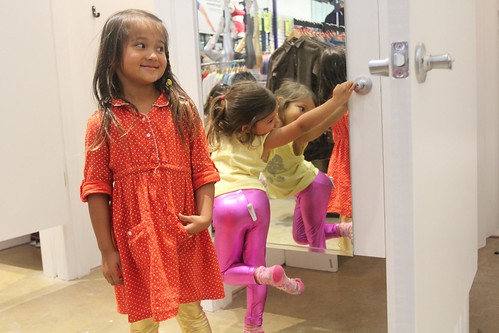 Just down the road on South Congress is an American Apparel store where Ava bought her pink sparkly tights and Super Grover T-shirt when she was 3 years old. She remembered it and insisted that we go back in for another mini shopping spree. This time around, it was Mila who fell in love with a set of pink tights. 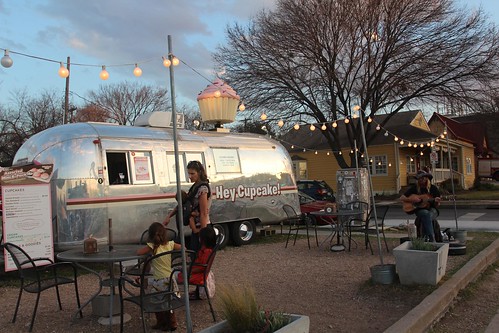 Before the sun dropped behind the Texas hill country horizon, we wrapped up our day in Austin with a visit to the obligatory Hey Cupcake! Airstream. 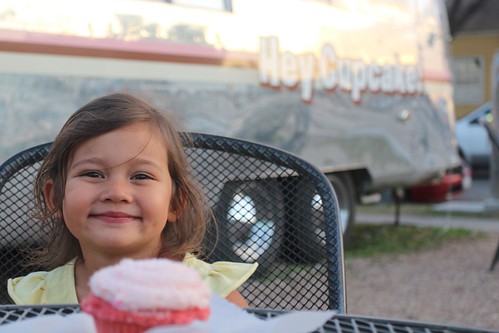 Tonight we will head towards the edge of town and find another Walmart parking lot to boondock. Our stay is short this time around in Austin as we continue to make our way west towards California.

OMG Mila’s face with the pizza is AWESOME!!

I sort of regret skipping Austin, but, lucky for Lola, she already has that same pair of pink sparkle pants — too funny!

@Krista – Mila is the dramatic one in the family 🙂
@Jessica – Austin is pretty great. You should make a point to go back there if you guys can.
@Margaret – We did!