It was strange to wake up and wrangle the kids into another room. Into another room with a door! There is a door separating us from them. Halleluiah!! Haha. I sound like Ma Ingalls. But seriously, it was a bit strange. We have been living in a small confined space since we left California back on July 28th, three months ago. Don’t get me wrong, I love living in the Airstream. But having a door is a nice change of pace for a few days. 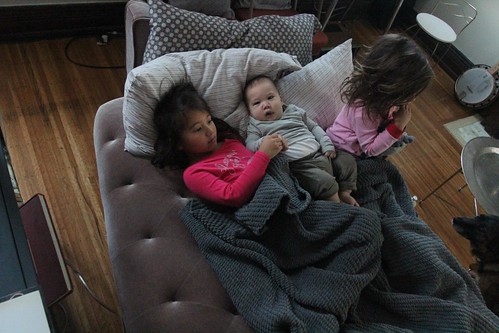 And the kids don’t mind one bit either. Especially if that room with a door has a projector and cartoons. 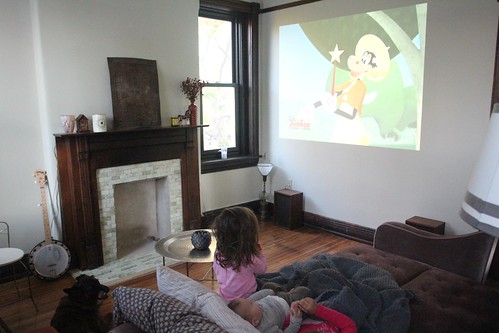 Today is going to be our last day of summer weather for a bit. The rest of the week is calling for cooler temperatures again. So we are going to take advantage of the sunshine as much as we can today. Our first stop is to Burger Boy for lunch. Cheap eats and seasoned fries, perfect. 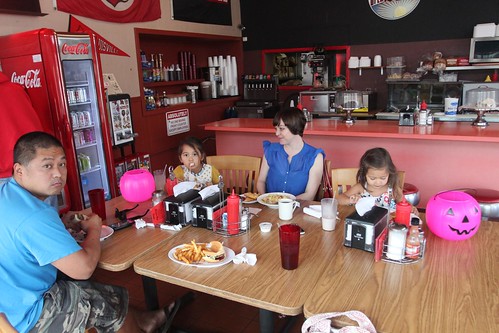 Next, the kids, Carrie and I headed off to Cherokee Park. The girls were really excited to be spending some time with their buddy Carrie. 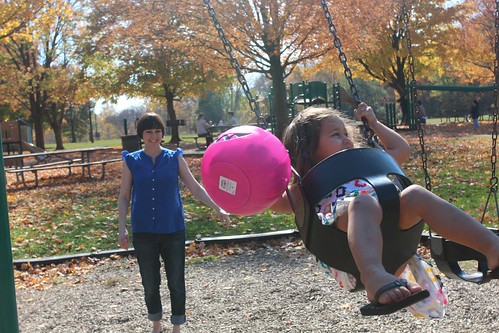 They have been asking if we were almost to Carrie’s house nearly everyday for three whole months! Now they are here. But you know what that means? When we leave Louisville, it will be “Are we almost to Disney World?”. 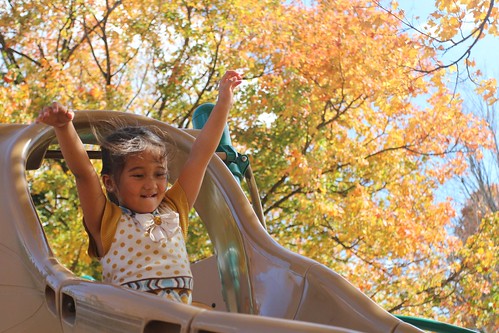 Luka got a chance to enjoy the swings again too. And at a much prettier place that his first time on the swings. Hehe. 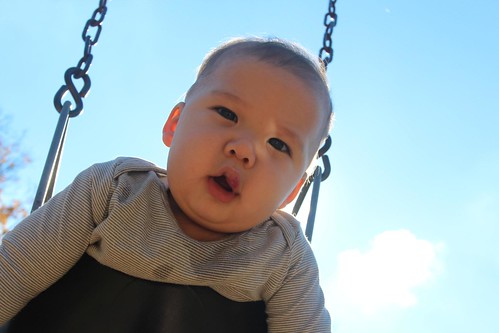 The trees were showing off their golden leaves at the park today. And every time there was a slight breeze, they would fall from the sky. It’s raining leaves, we all screamed. Yes, we Californians are easily amused. 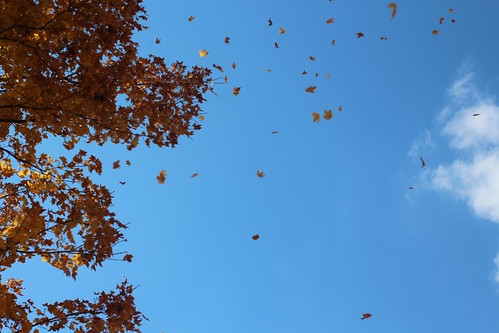 And Mila was there to try to catch every single leaf that fell on her head. 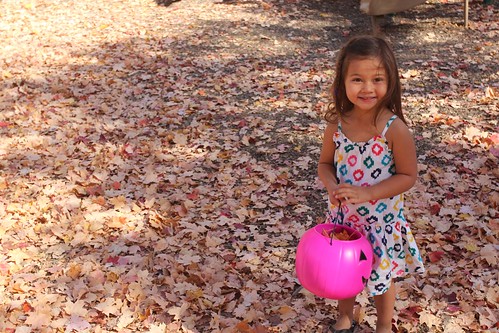 Cherokee Park covers 409 acres and was designed by Frederick Law Olmsted, the father of landscape architecture. Or as I like to refer him as… the dude that designed Central Park in New York. 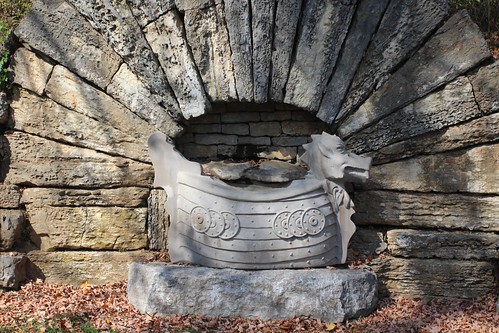 In 1974, a F4 Super Outbreak tornado flattened this area.  A city forester surveying the tornado aftermath supposedly said, “I don’t believe that anyone alive today will see Cherokee Park as it was before the storm.” Thankfully, he was wrong. There was a huge replanting effort based on Olmsted’s original design that brought this park back to life. 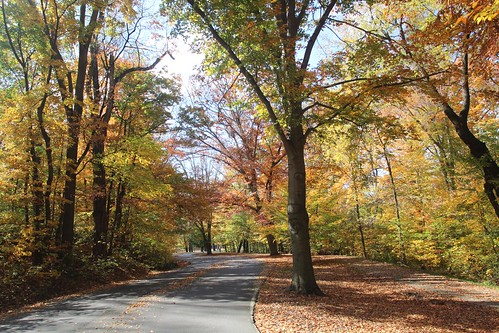 We worked up quite the appetite after our day at the park. So, we headed on over to a French chocolate shop called Ghyslain. Everything looked and smelled amazing in there. Especially all of the unique hand painted chocolates. 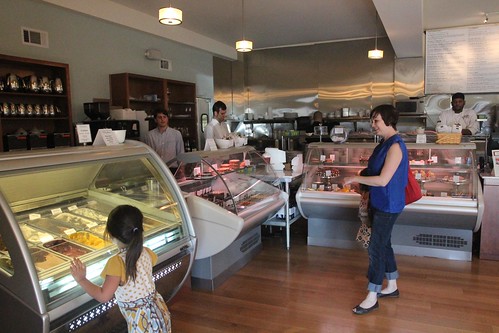 The girls settled on gelato, of course. Blueberry and lime, to be exact. 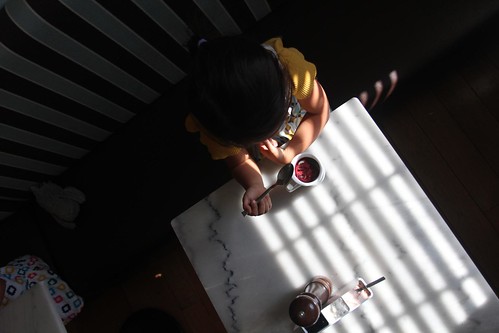 Since the girls were all sugared up, why not take them to an antique store where they have to be super well behaved? Sure, why not! We decided on visiting Joe Ley Antiques. This place is crazy! It’s an old 1890 schoolhouse that now houses over 2 acres of antiques. They have 3 floors to shop and 2 levels of basements for architectural salvage. I was drawn to the architectural salvage. But you know, I don’t think Dan would like it if I asked him to lug a 10 foot Victorian door around the US with us… even if it would make an awesome dining room table back at home. 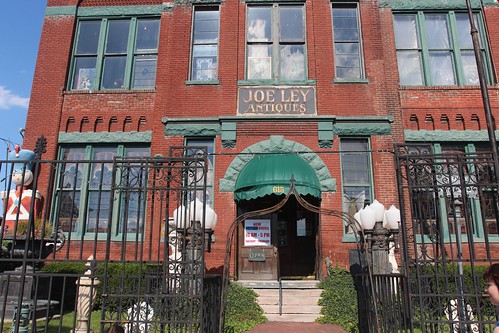 The kids were a really freaked out by some of the stuff there. The monsters dressed in tuxedos at the front door might have been a good idea for Halloween but not so much for these girls. Luckily they forgot about the monsters for a few minutes they discovered the fun house mirrors. 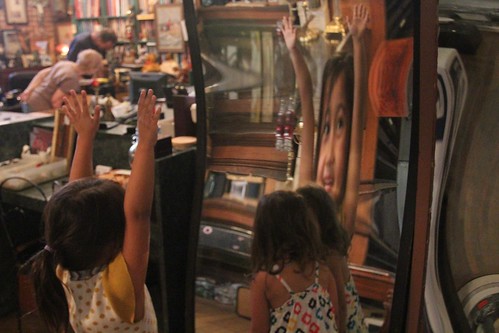 And for our last stop, we peeked inside the recently opened Anthropologie in town. You may be thinking to yourself, aren’t all these stores exactly the same. And I would respond by raising one eyebrow while shaking my head. Shame on you! They are all decorated a little differently. This one had a whole horse theme going on. 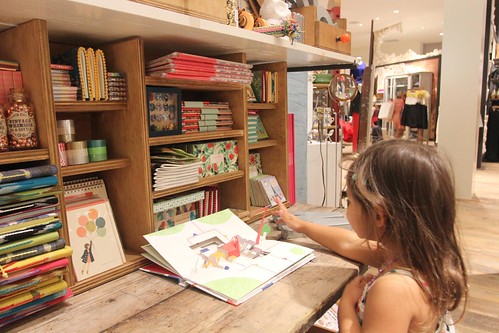 And you also might be wondering where Dan was all day. Can you say high speed internet? 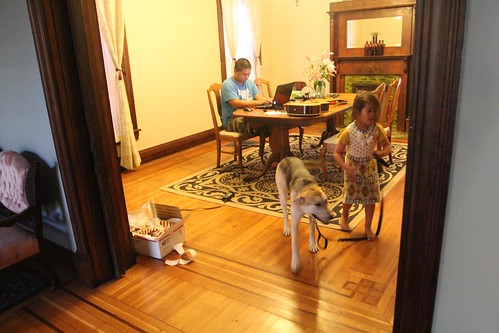 The girls are not really comfortable with dogs. They didn’t really have a chance to interact with our husky Rudy before she passed so this whole dog thing is a bit intimidating for them. Especially playful puppies that are way larger than them and that have trouble controlling their gangly legs. But by the end of the day, they were good buddies. I love this picture. And it appears that Miss Violet loves them. 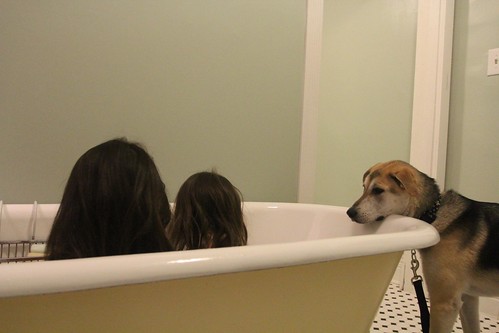 Yes her name is Miss Violet. She is a southern gal, after all. 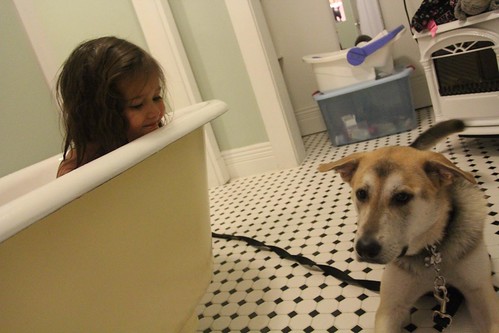 Carrie bought a bunch of mini pumpkins to put us all in the Halloween spirit. The girls got to work and decorated a bunch of them for us. 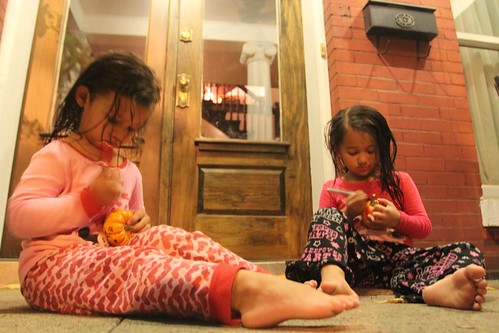 This is Mila’s first attempt ever to draw on pumpkins. I can’t help but smile when I look at them. The one on the left appears to be scared of his little pumpkin friend. Haha. 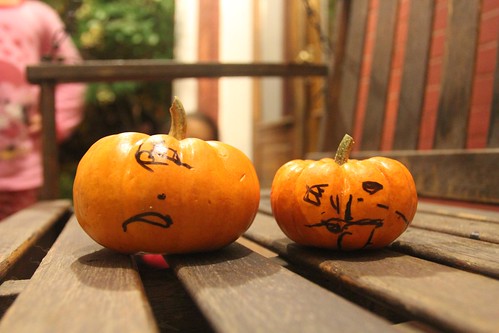 Alright, time to pry these kids away from the dog. Wish us luck! 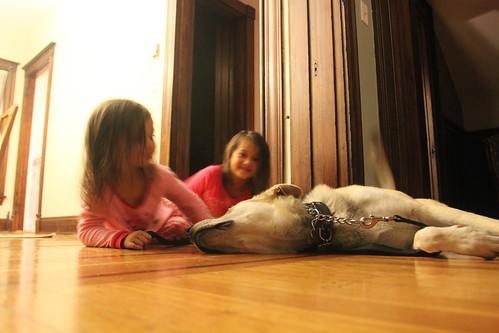 So cute and you are sooooo right about Anthropologie!

[…] many of them labeled. Garden-style cemeteries in Louisville largely ended with the opening of Cherokee Park in 1892, which we visited a few days […]