Day 81: Hofbrauhaus and the Blue Grass State of Kentucky.

Today is Monday and it is back to the regularly scheduled programs for the Trouts. Doug headed to work and the boys took school buses to their respective schools this morning. Only Melizza and Lucy are left as we were packing up and getting ready to leave. 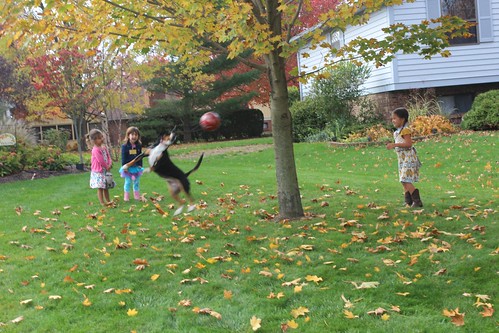 We had an amazing time here in Centerville and the Trouts have been gracious hosts. In just two visits over a two week period, we have all become great friends. Both the adults as well as the kids. 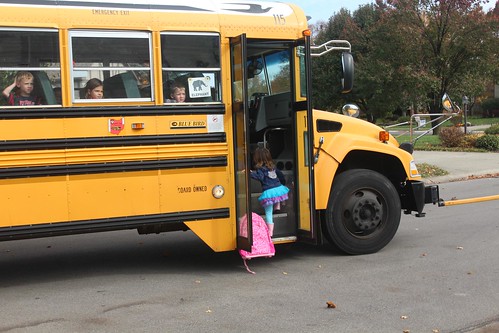 Ava was very envious of her new friend Lucy who got to ride on a school bus. She has never been on one before except for the ones used as shuttles to and from the Ventura County Fair once a year. 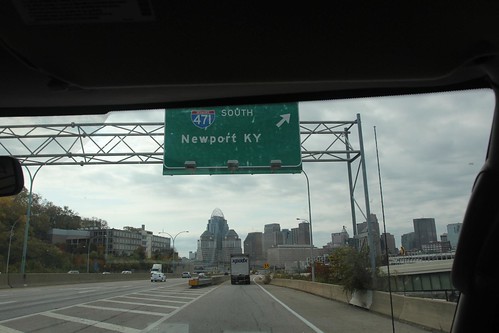 We packed up and headed toward Kentucky after saying good bye to Melizza. Hopefully we will see them again soon. We made some tentative plans to potentially meet up in Kentucky in a few weeks or possibly Florida around New Years. 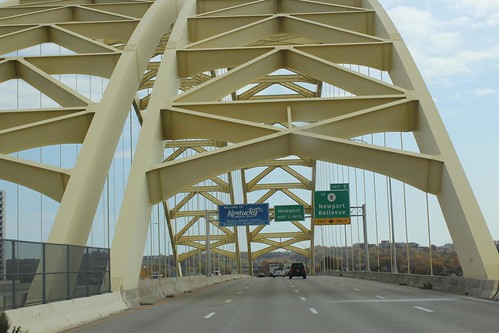 We drove past Cincinnati as it was difficult to park the Airstream in the city. The plan is to head across the bridge to Newport, Kentucky for lunch. 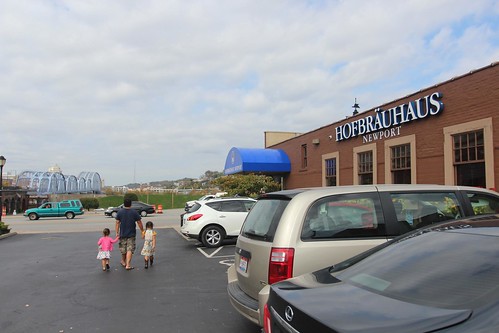 Newport, Kentucky is home to the first Hofbrauhaus that is affiliated with the original one in Munich, Germany. Since then, 2 other Hofbrauhaus locations have been established. One of in nearby Pittburgh and the other, I have been to for a friend’s bachelor party, is in Las Vegas. 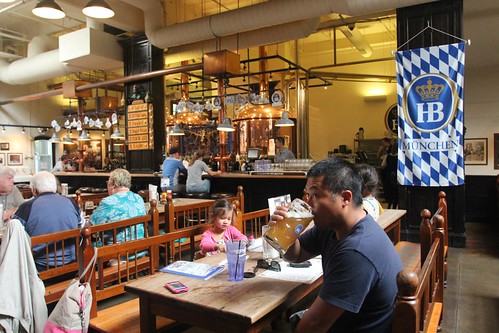 By the time we got here, it is technically in the afternoon. Maybe not in California but I am totally in the clear for ordering a liter of Hefe Weissen in the eastern timezone. 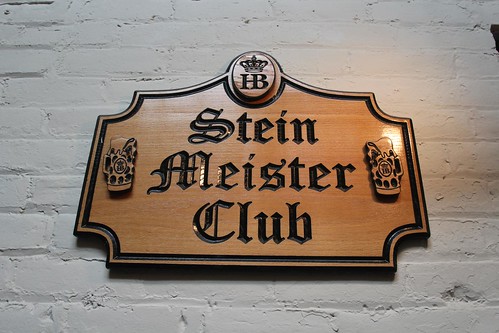 Along the walls of the Hofbrauhaus there are metal cages full of giant customized mugs locked behind bars. It is an exclusive beer club called the Stein Meister Club. There are currently about 400 members and a long list of people waiting to join. Without having more locking cages, no one new can become a member without someone leaving first. 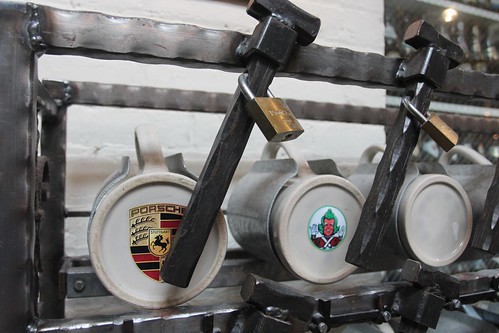 The cost is 100 bucks for the first year and 25 dollars the subsequent year after. You receive a complimentary meal on your birthday as well as weekly beer specials. 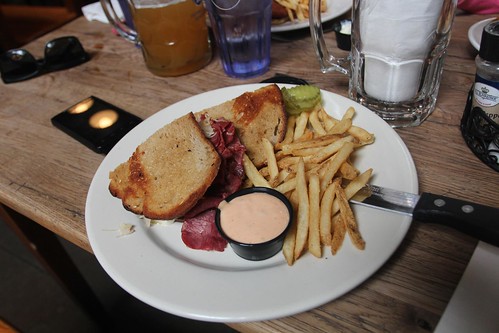 It is no wonder the Stein Meister club is popular. The $25 annual due is well worth the price with great food such as this reuben. 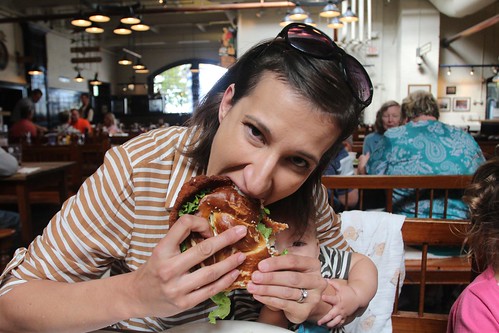 And take a gander at this Schnitzel sandwich. It looks great but tastes even better. 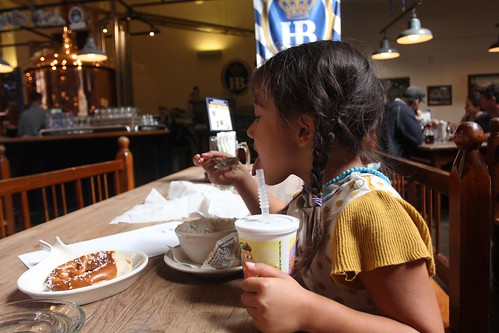 The girls also loved their German potato soup and soft salted pretzel. The owner of this Hofbrauhaus is also the owner of the one in Pittsburgh. The Las Vegas location is separately owned but all are officially affiliated with the original Munich establishment. The same owner of this one is planning on opening yet another one in Washington DC currently under construction. 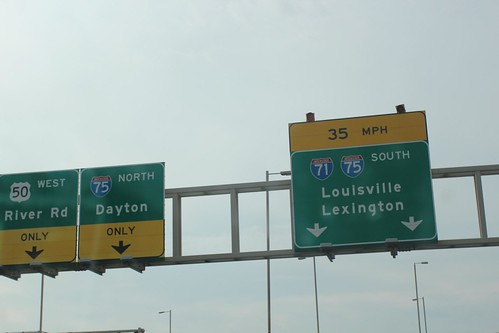 As we headed further south into Kentucky, we had to decide what our plans are for the next couple of days. Our friend in Louisville isn’t expecting us for 2 more days. Rather than going into Louisville, we decided to spend the next day or two in Lexington. 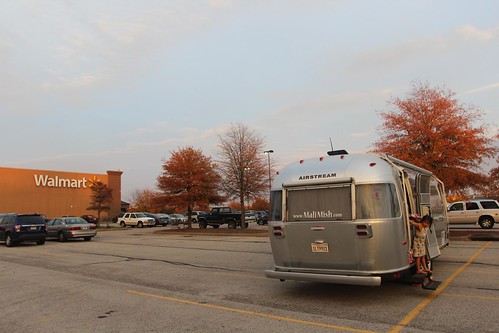 Now we are officially in the south. The weather is really warm but it is expected to get cold again in the couple of days. We found a Walmart just a few miles outside of Lexington in Georgetown, KY. Here we will boondock for the night and head into Kentucky Horse Park tomorrow for another night before making our way west to Louisville. 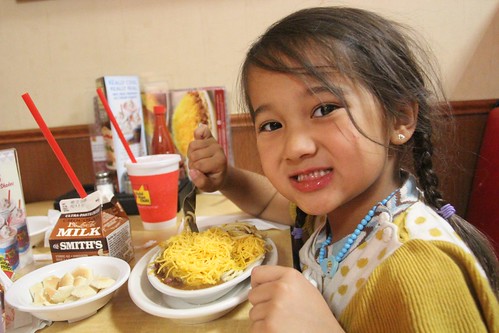 Since the girls didn’t get to experience Skyline chili with me yesterday, I took the opportunity and took them to Skyline’s arch nemesis, Gold Star Chili. Two straight days of this stuff really does a number on your digestive tract. And this is from a guy who eats out a lot.