Back Again for a Weekend at Lake Casitas.

After a couple of weeks of playing hide and seek with LAPD parking enforcement in San Pedro every 72 hours, we hopped on the saddle and went back to our old stomping grounds for the weekend to do some proper camping with some old friends at Lake Casitas. 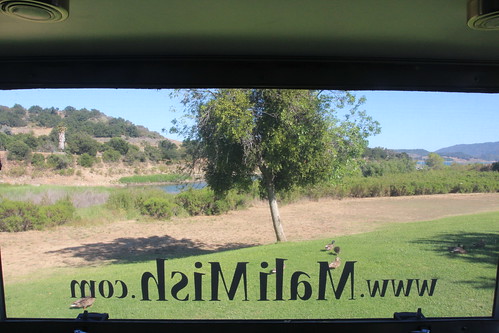 There are nearly a dozen campgrounds that surround the lake. In the past, we have only camped at the other dry campgrounds. This is our first time at Fox campground. Their only full hookup RV sites. 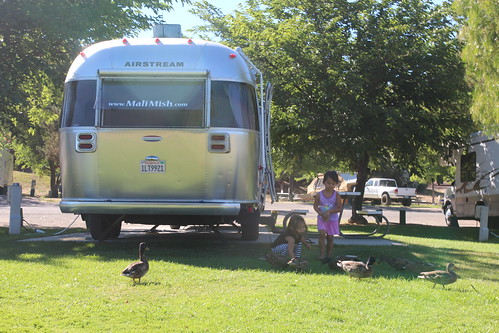 As compared to the dusty and dirt covered sites else where, Fox campground has well manicured lawns and concrete pads. 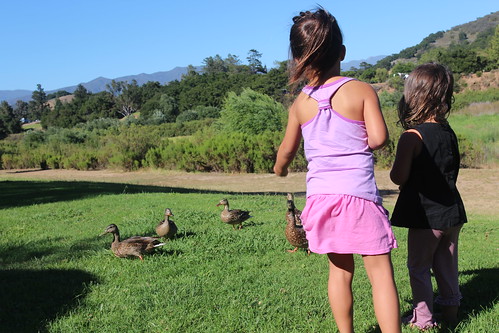 The lesson to learn here, follow the ducks, they know where the best spots are. 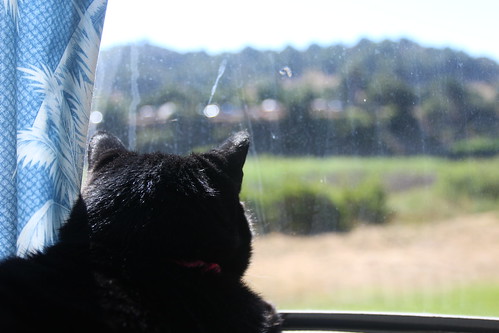 Even Yoda was enjoying the view out of our back window. 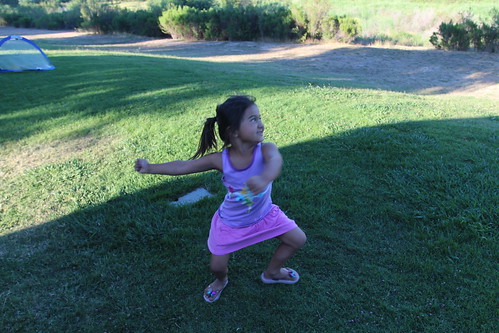 Or maybe, she was watching Ava put on a show. 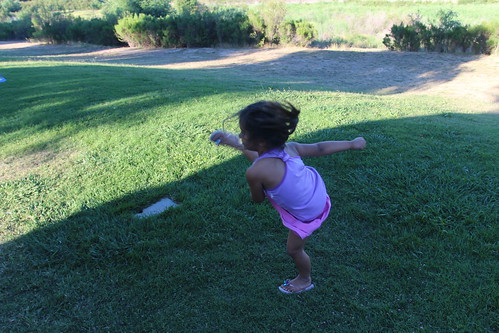 Or her karate kicks. Let’s hope Ava doesn’t see this post. She is now at the age where she is embarrassed by things like these. 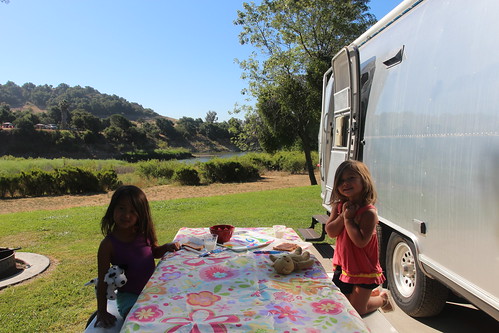 The weather at Lake Casitas was surprisingly wonderful. It is a little bit inland from Ventura and it typically is anywhere from 5 to 10 degrees warmer than the coast during summer time. With all of the heat wave happening everywhere around the country, we feel a little guilty to have such great weather. I guess it won’t last long. We will soon be in there, too. 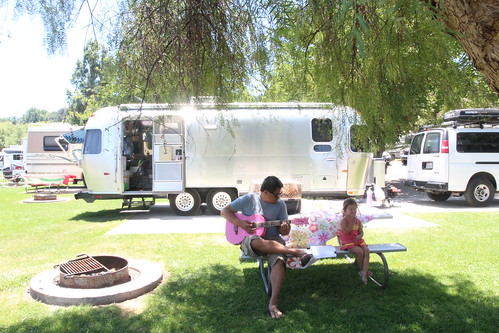 Since we are here with our old friends from Ventura, we decided to get into a more traditional camping mode. That means busting out the picnic table cloth, sitting by the fire pit and strumming away on a little pink guitar Ava got from Marlene’s brother for her 5th birthday. 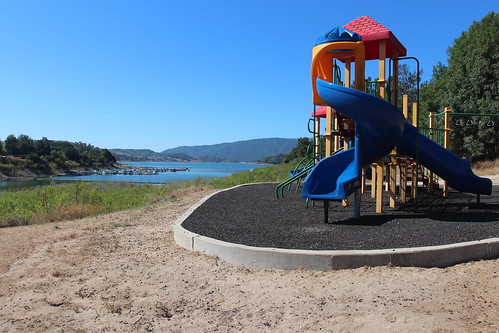 Instead of being out and roaming around the city sightseeing, we stayed the whole weekend at the campground being good weekender campers 🙂 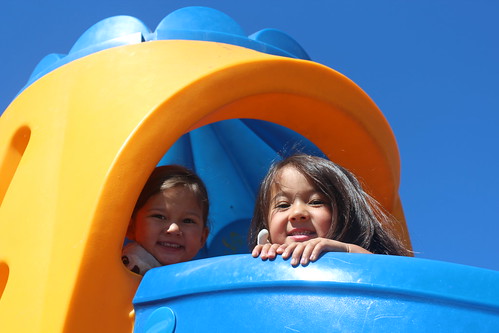 The girls played in the playground and took turns going down the twisty slide. 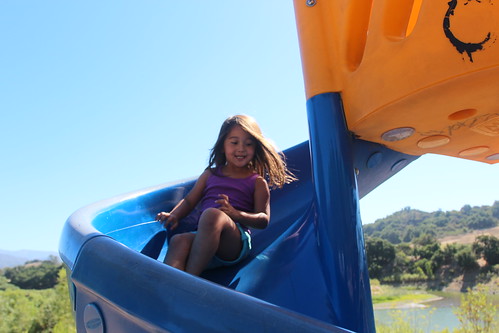 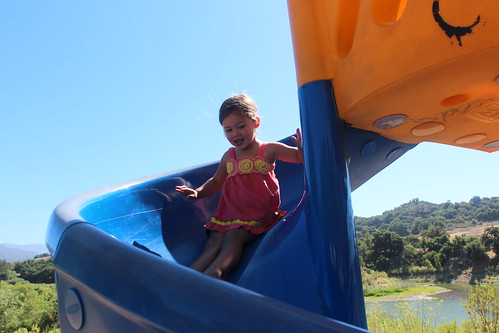 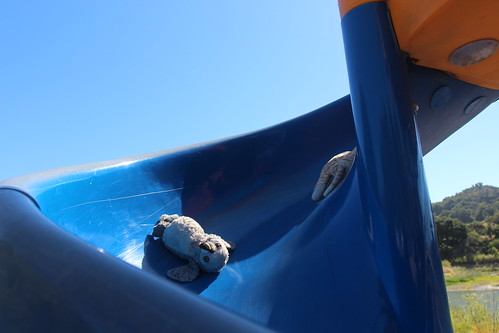 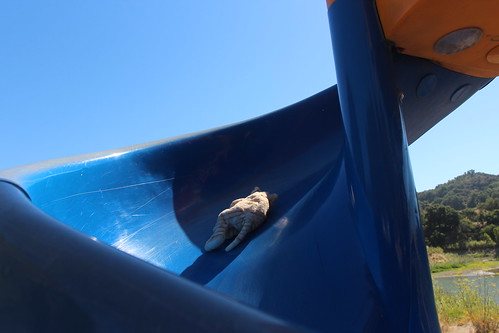 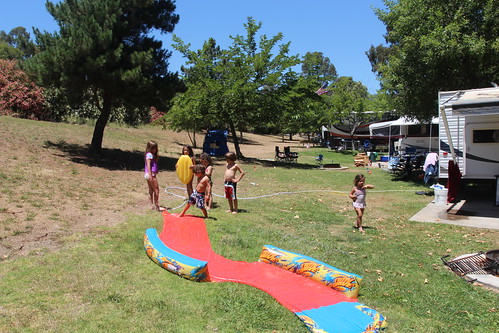 We have been at campgrounds that would frown upon families busting out a slip and slide. As a matter of fact, we got a knock on our door at 9pm and were threatened with immediate eviction at Larry and Penny Thompson Park just outside of Miami for simply having a tent up next to our Airstream. 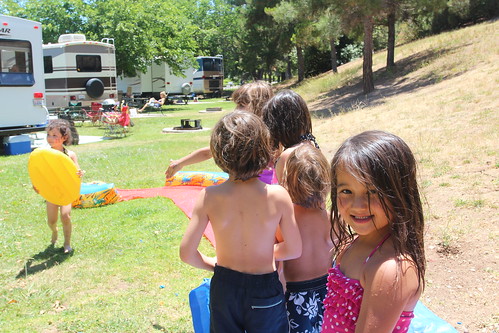 Not here at Lake Casitas. 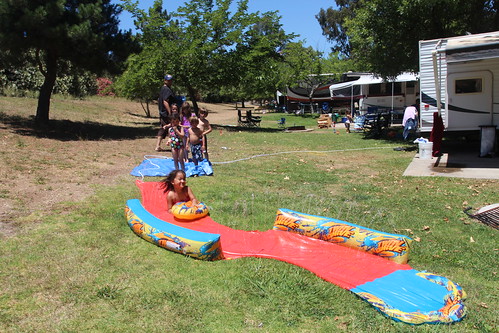 Slip and slide away, Ava! 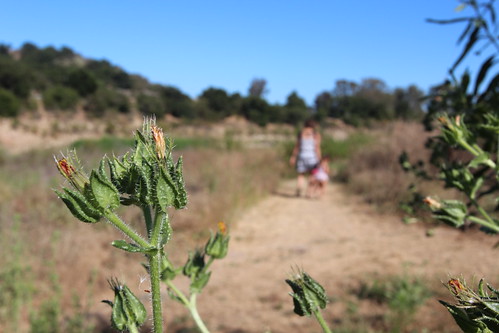 This is probably our last weekend trip before we leave for Las Vegas on the 29th. It was great to have the opportunity to hang out with some of our old friends one last time. 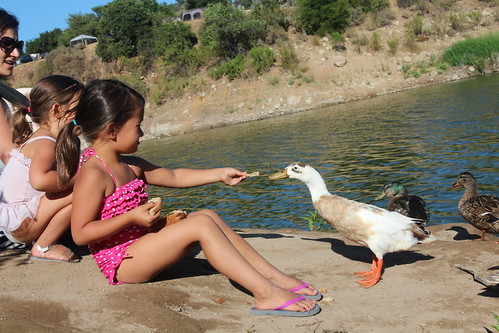