Airstream Parking in LA and a West Coast Heat Wave.

Since we left our old house a little more than 3 weeks ago, we have relocated to the part of Los Angeles that is referred to as South Bay. That is the area between the LAX airport and the Port of LA. Specifically, we are in San Pedro. And if you are a local, you would know that it is pronounced ‘Pee-Dro’ and not ‘Pay-Dro’. 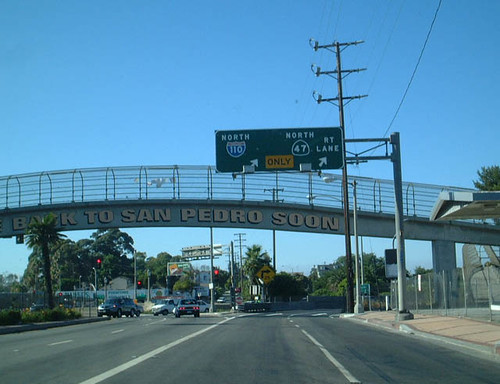 San Pedro is where Marlene is from and it is where most of her family still live. This is where we will be moving to after we return from our trip of unknown destinations and duration. Neither of us have lived this close to family in over 20 years and we are looking forward to it. I grew up living near my grandparents and had fond memories of the time I spent with them and I am happy that the kids will have the same.

As a borough of the City of Los Angeles, San Pedro has to follow all of the same ordinances. So when it comes to parking the Airstream overnight, we had to do some research to make sure we didn’t get ourselves into trouble. Surprisingly, we did not find any specific language that prohibits the parking of RVs overnight in the city. It just needs to follow the same rules as a typical motor vehicles which is no longer than 72 hours in the same location. In the last 20 or so days since we left Ventura, we have been playing the 72-hour parking game. Moving it every 3 days to another relative’s house to avoid getting a parking ticket. So far, it has worked pretty well.

I am now reminded of the reason why we ended our first cross country trip back in June of 2010. The summer heat wave in Arizona started early and it was too overwhelming to be vagabonding without access to air conditioning. As we are starting to think about the start of our trip, the unrelenting heat wave on the west coast is not encouraging. This year has been especially hot. Not so much in southern California, it has actually been a mild summer here so far. But the extreme heat all over the country and the wild fires in Colorado are making us rethink the route we are planning on taking at the end of the month. 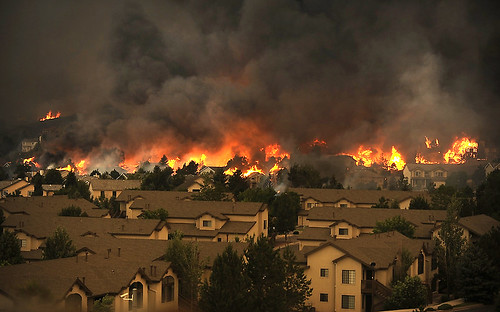 The original plan was to head to Las Vegas first but staying at a hotel for a week to take advantage of the low, mid-week rates. From there on, we would head towards Utah to Bryce Canyon and other areas of higher elevation in an attempt to stay in cooler temperatures. Right now, that plan looks pretty good as Bryce Canyon is maxing out at a high of around 85 degrees. That isn’t too bad. Hopefully things get a little more bearable elsewhere for our sake and the sake of all of the people suffering the heat wave around the country. Especially those who have been out of power on the east coast and those who lost their homes in Colorado.

We have also gone on a couple of weekend trips in the last few weeks. One with the Airstream and one without. They have helped in serving as a shake down cruise of sorts in figuring out what we might be missing. And of course more to-dos have been added to that dwindling list. But it is better to find out about them now than later. I will post more details about that in future posts.

Good luck on finding suitable weather. It was 109 here a few days ago with near 100% humidity. No wonder we are so far behind packing our Airstream for our travels. Best wishes.
Frank

oh brother – with the heat index, near 100 here in Minnesota – we’re doing a massive sorting out binge as we had to leave so abruptly in January due a quick sale on the house. Our AC started making a hellacious racket last night – called a roving repair guy and actually got him on the phone! – he gave me enough pointers so I was able to get on top, pull the housing and do a quick fix. . . and we’re back in business! – gory details for another time. . . !