Full timing in our home town.

It has been a stressful couple of days so far this week. A lot of things have gone as planned but some have hit snags that we fortunately were able to overcome without any major disasters. First of all, we finally were able to close escrow and take possession of our new house. 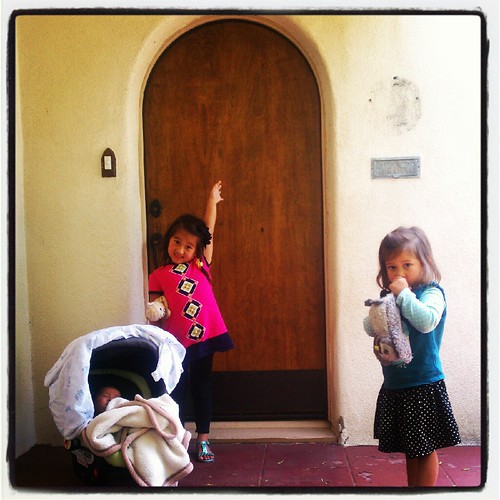 It didn’t quite go as smoothly as we hoped but as compared to the sale of our old house, it was like the proverbial butter. The only problem we had was at the end, the insurance agent who prepared the insurance documents missed some key information on the paperwork that, somehow everyone along the way missed until the last minute, cause the closing of escrow to be pushed from Friday to the following Wednesday. Our old house was getting tented on Tuesday morning and I had a business trip planned until Tuesday night so all of the packing had to be done before I left on Sunday. Our solution was to keep the u-haul truck for 5 total days and just leave it on the street next to the new house until we got access. It worked out in the end but I was really worried that some nosy neighbor might call the city and have all of our possessions towed into an impound yard. That is the kind of trouble I don’t need right now. 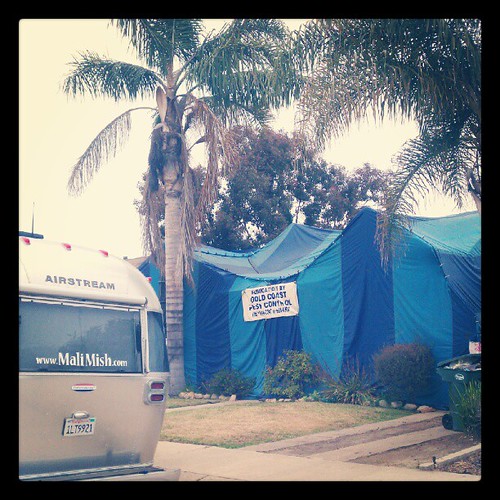 On Tuesday, the fumigators tented up our old house just as planned as Marlene and the kids got some street-side courtesy parking, courtesy of herself.

As we check more items off of our to-do list, we got to start focusing on our immediate traveling plans. Next weekend we are going to Bakersfield to support a fundraiser/mud volleyball tournament with some friends. I am looking forward to it. I know it is going to be blistering hot but our friend from Bakersfield was recently bestowed the ownership of my keg fridge that had sat and collected dust in my garage since 2005. He has restored it to its former glory and it will be both a reunion and a farewell to the beer machine I once treasured.

The weekend after Bakersfield, we will be back in town to attend a birthday camping weekend at Lake Casitas for our friend Justin’s son. He and his wife Isabella are not thrilled that we are moving away and that weekend will be our last chance to spend some quality time with them and their kids. Truthfully, I am not all that excited about moving our of our town, neither. But sometimes you have to make sacrifices and I think it is the right thing to do. I will explain more about that later.

As that takes us into the beginning of July, we have 3 weeks to focus on getting tenants for our new house. Assuming it all goes as planned, we push off on July 28th towards Las Vegas and will be there for a week before heading further east. That gives us 3 solid weeks to make it out to Denver for Alumafandango. Can’t wait.