It’s Official! An Airstream Event for us West Coasters! 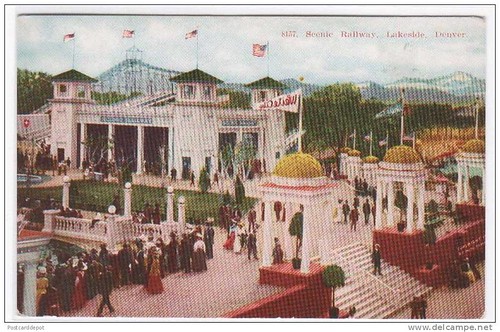 We have been waiting for this for 2 years and finally it is here. Rich from Airstream Life just announced via his Twitter account that there will be a new Airstream event called Alumafandango on the West Coast!

Instead of another Alumapalooza event, the new event will not be just a carbon copy of the Jackson Center, OH sibling. In the inaugural year, it will run from August 21st thru August 26th 2012 at the Lakeside Amusement Park in Denver, CO. Click here to the official website to find out more and register!

We hope to see you there!

Weaselmouth just registered yesterday! We’re excited to finally get to meet the MaliMash crew – See you there!

Hi Deke and Tiffani! We are excited as well! August can not come soon enough 🙂

Hey, thanks for being the VERY FIRST people to sign up for Alumafandango! You are clearly well-admired leaders, since seven other couples have signed up in the few days since you did.

It already looks like we’ll have a great time. I’ll post updates on the Alumafandango website as we have them. See you in Colorado this summer…

I’m excited about this event too; nice job getting the word out!
The name alone makes me smile, I’m sure it’s going to be fantastic.
See you there…!
~Kristiana

Soooooo….. got some big news. We sold our current set up and bought a new adventuremobile! Say hello to our 2017 Sprinter 170 crew 4×4 van!!

A little change in plans…

After nearly 8 years of traveling in our Airstream across United States and Canada, we are finally ready to expand our horizons a little wider. If you’d asked me 6 months ago, I would not Read more…