Getting into the Split Groove.

Now that we are in Croatia, the pace has definitely slowed down significantly. We don’t have any sightseeing planned and since we are going to be here for 6 weeks, we just want to take things slowly. 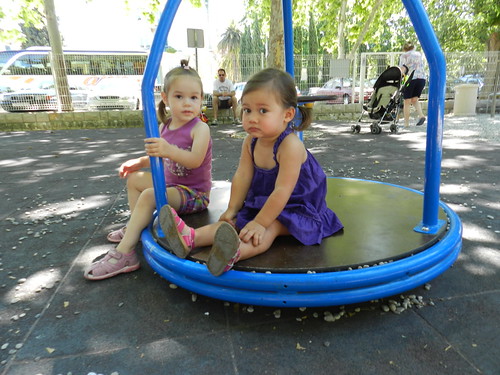 Down the street from the apartment, there is a little playground by the beach. We tried to do some something fun for the girls each day and the playground is always a hit.

Croatia is unlike the U.S. in a lot of ways. I think that is something you will find consistently throughout these posts. These merry-go-rounds have all but disappeared in the playgrounds in the States mostly due to liability of kids getting hurt on them. Not so here in Croatia. It is not nearly the litigious society that the U.S. has become. 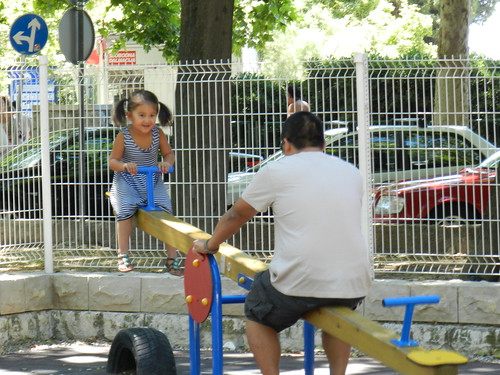 When was the last time you saw a teeter totter in the States? I don’t even remember. 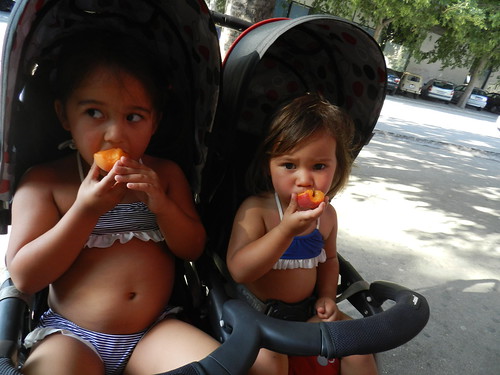 Along the Dalmatian Coast, there are a lot of regional produce that pretty much grows in the wild that the locals have been harvesting since the start of time. Walnuts, grapes, figs and apricots are just some of crops that are perfectly suitable for the climate here. The girls just can not get enough of apricots. We hardly ever buy them in California but after this trip, we are going to have to find ourselves a local apricot monger. 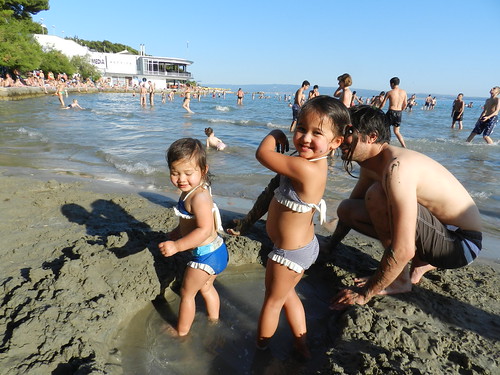 Although there are thousands of miles of coast line here in Croatia along the Adriatic coast, there are no sand beaches at all. The smallest rocks on the beach are probably the size of the corn kernel. It is actually nice because rocks don’t get stuck in their hair, under the bathing suit and up their butt cracks. Here in Split however, the beach right next to the playground, the city has trucked in loads and loads of sand to fill this beach so people would have a place to go to and play. The sand is so fine that it almost has a clay-like consistency. I think it might be composed of mostly cigarette ash from all the cigarette butts strewn around the beach. 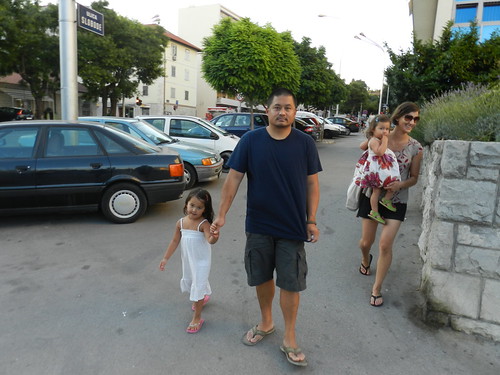 One of the first people we visited here is Marlene’s cousin Goran and his family that lives just a couple block from our apartment in Split. Marlene’s grandfather is the first cousin of Goran’s grandfather so I guess that makes them third cousins. 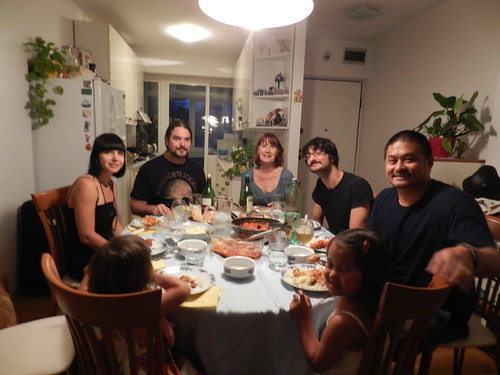 Most American’s are not that close to their third cousins and in fact, most Americans might not even know who their third cousins are. That is not the case here. Goran and his family treat us like we are his brothers and sisters. We were invited on our second day here to his parent’s house for a delicious home-cooked meal and we got to meet his new girlfriend Sandra for the first time.

Through our many trips here, we have met some of our closest friends through Goran. Marlene has been coming here since she was as kid and we have been coming here together since well before we were married. 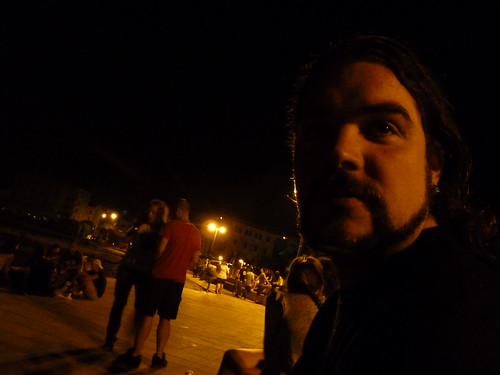 Here we are trying to relive some of the best nights of our lives with Goran in some dramatic lighting. 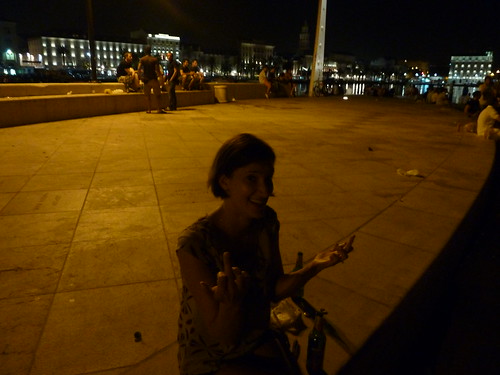 Here is Marlene not so happy about me taking her picture while drinking a beer by the Split harbor. 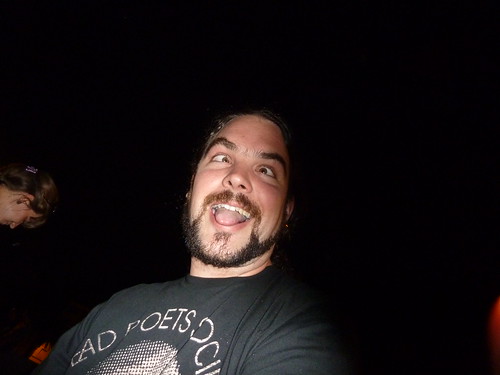 How many beers do you think Goran has had here ? Not enough 🙂 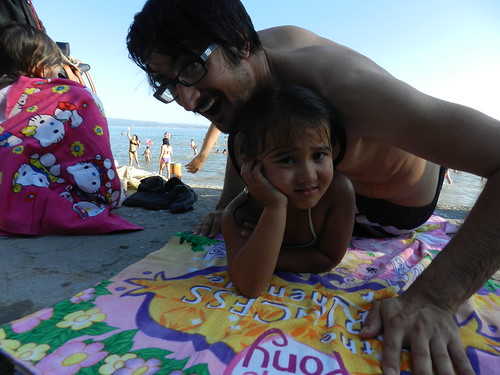 Don’t worry, Deets is at home watching the girls.