After yesterday’s non-stop action, today we are shifting gears a bit to enjoy the slower pace of life in the countryside of France. The girls started with a movie on the laptop while I recover from our marathon sightseeing venture on the bed. 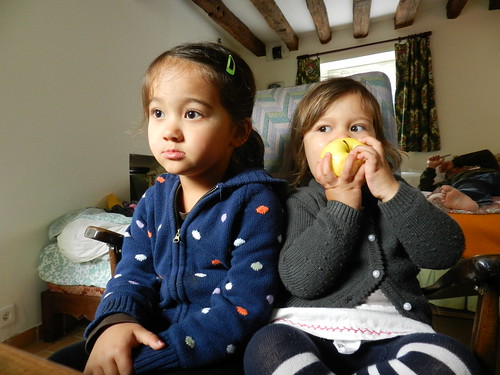 The plan today is to get a little tour of the surrounding areas of Montfort-l’Amaury after lunch. Milica and her husband Jean-Jacque had a friend visiting them for lunch so they busted our some scotch for the special occasion much to my delight. 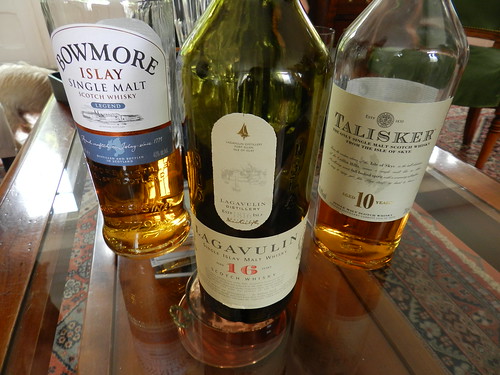 I’ve got no problems with a little single malt scotch before noon. Milica said that had she known that I liked scotch, we would have been drinking it all along. I think it’s probably for the best that we stuck to wine 🙂 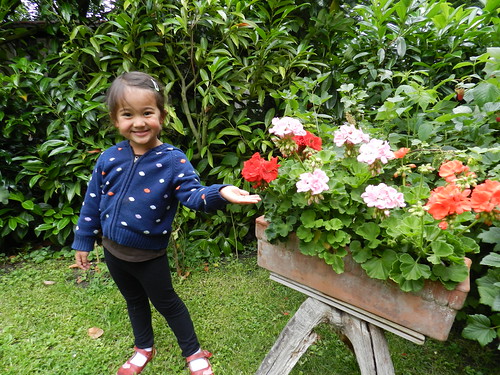 Ava just loves the garden at their farm house. Everything green and blooming this time of year. Check out her Price-Is-Right pose. 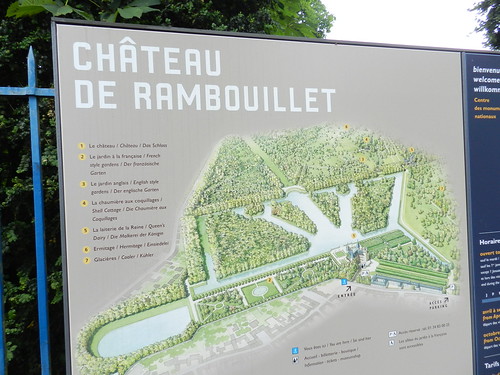 We got in Milica’s car and she shuttled us around the neighboring towns for some sites. First stop, Chateau de Rambouillet. A retreat for the President of France. 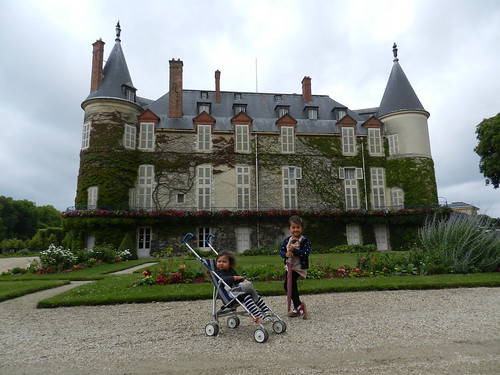 The old royal retreat also was the place where the Rambouillet Agreement was proposed to the former Yugoslavia but rejected which led to the start of the Kosovo war. 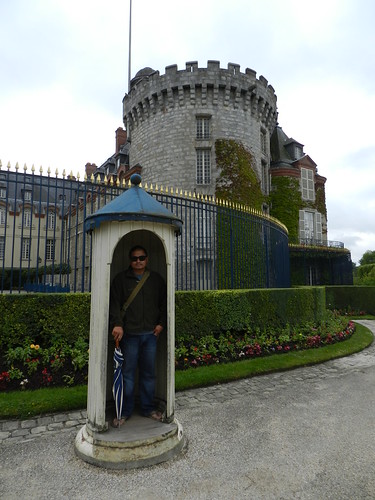 You wouldn’t know such a beautiful place has such dark secrets. Then again, there is this menacing guard standing in the guard station. He is holding a deadly golf umbrella. 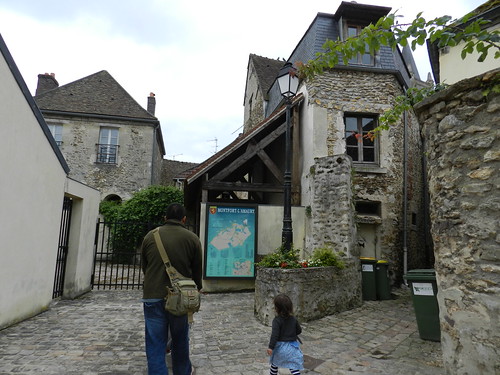 Our leisurely stroll took us back to Montfort l’Amaury where the girls hung out on their first day here while I caught up on my jet lag. It was nice of them to keep some of the best sites for me during my visit today. 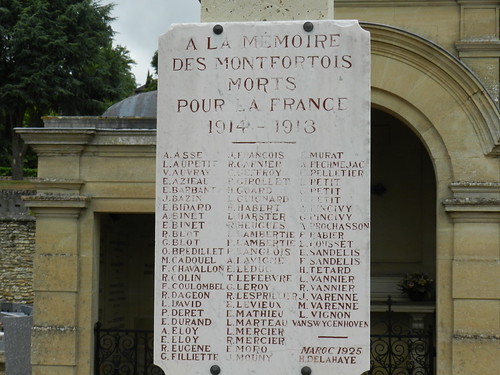 Like the cemetery where some of the brave French soldiers are memorialized for their bravery in the Great War. Also know as World War I. 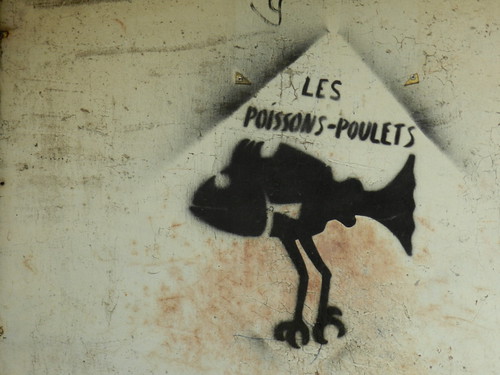 And, who could miss the Fish Chicken tag. Is this another Banksy? 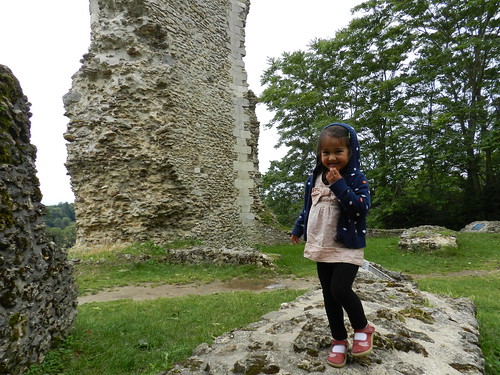 There is a castle ruin on the hill top of Montfort l’Amaury. It was built towards the end of the the 10th century by King Robert II. It was destroyed by the Hundred Years’ War some 400 years later. It looks like today that it was hit by some bunker buster bombs. Did they have those back then? 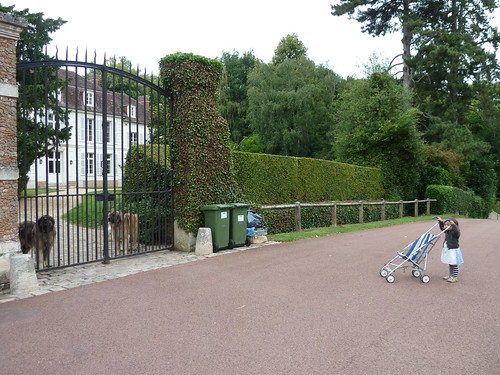 I just love these slow days. Maybe it’s not so exciting for you guys (the readers, sorry) but this is the kind of pace I like to have when we are on the road. 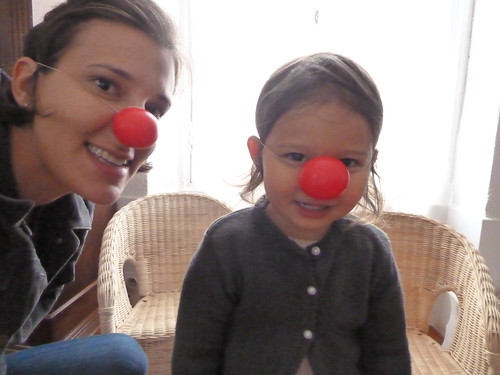 Back at Chateau de Milica, the girls are playing dress up. The best they could find were clown noses. 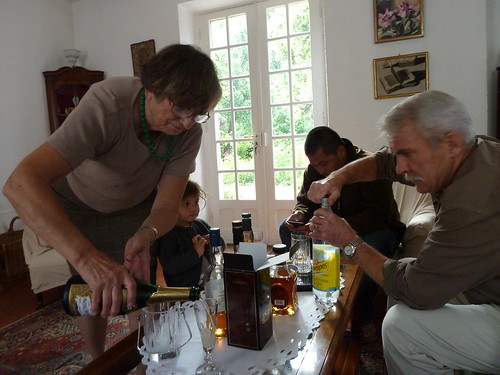 Me, I am gonna have me another scotch with Jean-Jacque. That is our common language.

beware the man with golf umbrella.. and girls with clown noses. (;
and yes, yes, to scotch (whiskey for me) then whatever, then repeat ;