One of the cool things about going to a vintage trailer rally is that some times you get to see some of the rarest of rare trailers. One example is the awesome Bowlus Road Chief I blogged about two weeks ago and another one is this 1948 Trailwind Airstream. 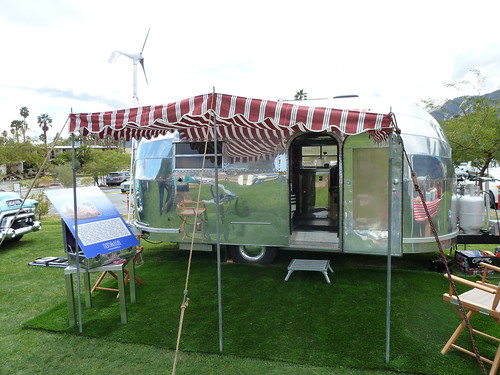 It is definitely not as unique looking as the Bowlus but as far as your chances of seeing others like this, they are pretty much right on par with each other.

This 19 footer is only 1 of 17 that were ever made. On top of that, over 60 years later, it is apparently 1 of 3 that are known to exist since they were built. 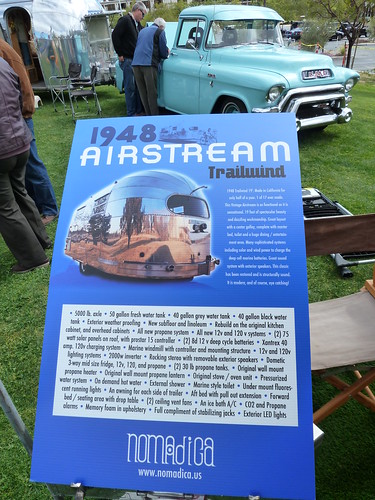 This Trailwind was restored by the great folks at Nomadica.us. It is a mixture of classic vintage styling mixed in with great modern amenities. It is complete with fresh, grey and black water tanks that is pretty much unheard of for a trailer built in the 1940s. It is also completely boon docking ready with not just solar panels, but also a wind turbine that is capable of generating as much as 400 watts of power regardless if it’s day or night.

It’s not just the impressive modern technology that is packed into this trailer but also the beautifully redone interior that is jaw dropping. 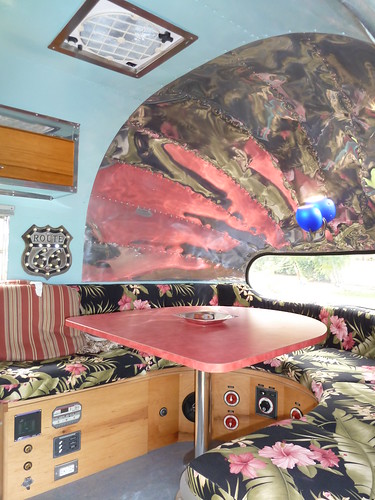 The end caps are polished both on the outside as well as the inside and exposed above the wraparound dinette that looks great. 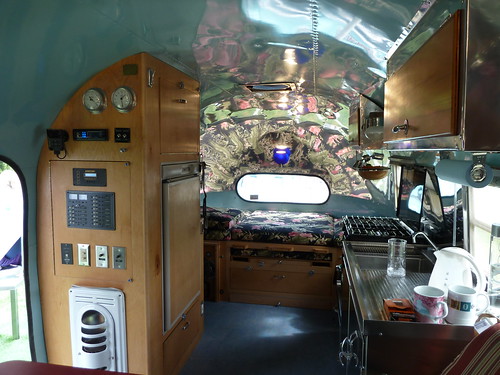 On the other side above the bed, the polished end caps are also beautifully displayed along with a modern galley, 3-way fridge and marine head completing the trailer in the middle. 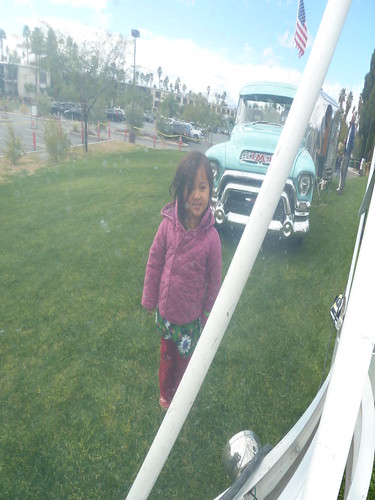 The wind turbine is one of the most unique features of this trailer and normally not seen on trailers. These wind generators are commonly seen in sailboats where wind power is harnessed not just to generate electricity, but also to propel the vehicle. 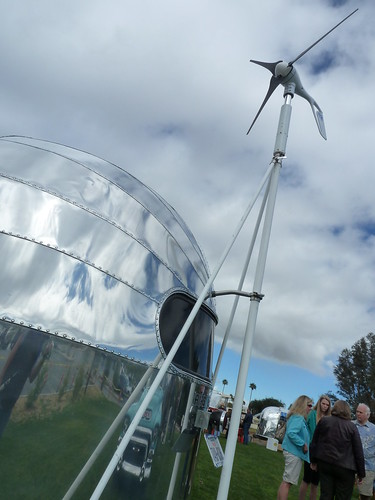 On a trailer that travels by land, it is usually not advised as the excessive speed during transit typically causes more harm than good to the turbine. This setup however is a system that the owner devised to allow easy disassembly so the unit is only deployed as needed. 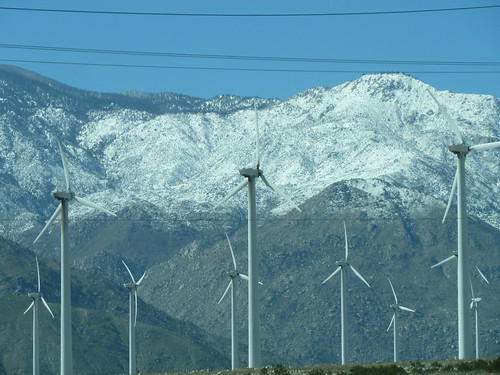 Being right down the road from San Gorgonio Pass Wind Farm, one of the three major wind farms in California, this one seems to fit right at home here at Modernism Week.