Our visit to Palm Springs culminated with the much anticipated trip to the Riviera Hotel in old town where it hosted the Vintage Trailer Show in the parking lot. The weather did not look real promising all week long with rain in the forecast. We went by the afternoon before the Saturday opening for the ‘pre-tour’ event showing of the exterior and met and lot of the owners of some of the most amazing trailers we have ever seen. One of the rarest of the trailers is the completely restored 1935 Bowlus Road Chief owned by John Long. 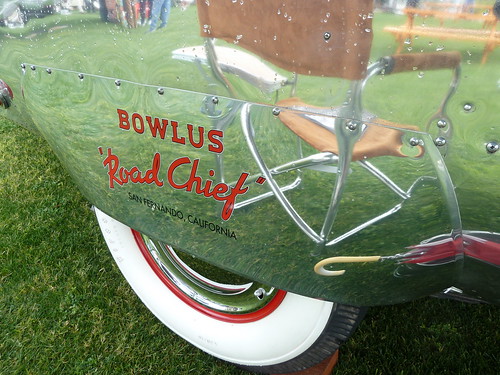 Unless you are semi-fanatical about Airstream trailers and specifically, the origin of them, you may not have heard of the name Bowlus. Or maybe you are a fan of Charles Lindbergh and his famous plane ‘The Spirit of St. Louis’, in that case you might know that William Hawley Bowlus was the person in charge of building that aircraft. 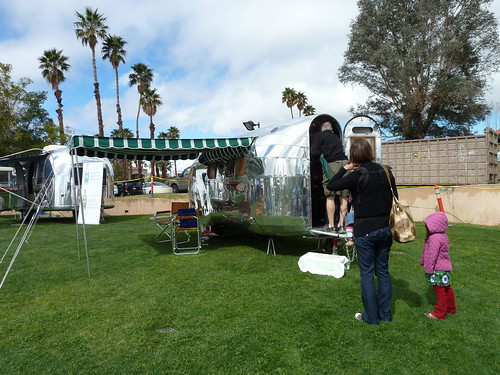 By seeing the Bowlus Road Chief, you are instantly queued into the aeronautical lineage of the design. It looks much more like a fuselage of a plane than the more modern Airstream trailers. William Hawley Bowlus might have been a great designer and engineer, but he was not much of a businessman. For one reason or another, his recreational vehicle company that bears his name did not fare very well in the 1930s and was acquired by Wally Byam and his Airstream company. The rest, as they say, is travel trailer history. As you can tell in many of the early Airstream trailers such as the Airstream Clipper, it is an immediate derivative of the Bowlus. 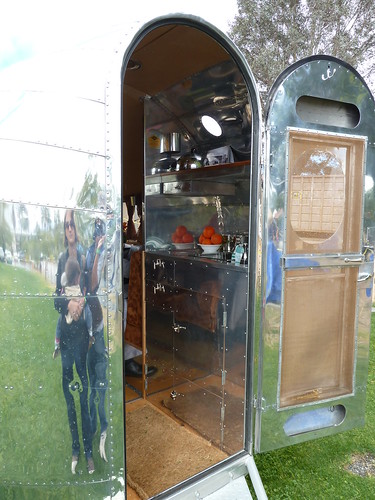 One thing you will notice is that the trailer is very narrow. The galley of the coach is immediately at the entrance which happens to be directly above the hitch in the front. Looking down the middle of the interior, it is hard to not expect an airline stewardess holding a tray full of snacks and refreshments. Okay fine, flight attendants. You know, they weren’t so politically correct back in the 1930s. 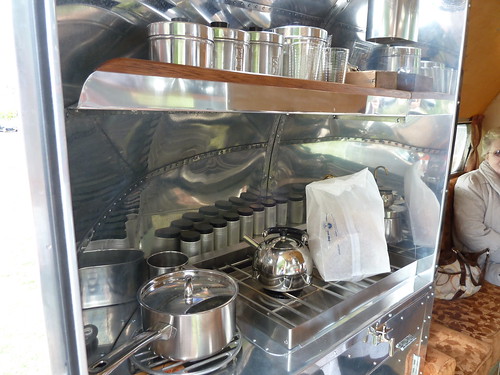 This trailer was completely restored and polished to a mirror shine as you can tell. It is 19 feet long and 7 ft. 6 in. on the exterior with a 6 ft. 1 in. standing room on the inside. It apparently had been restored once in the 1960s when the original oval windows were replace with rectangular ones. In restoring it to its original glory, custom oval shape windows were fabricated to complete the authentic look. Well, you didn’t think windows for a 1935 Bowlus were available for purchase did you? Not even the Internet can produce such rarities. 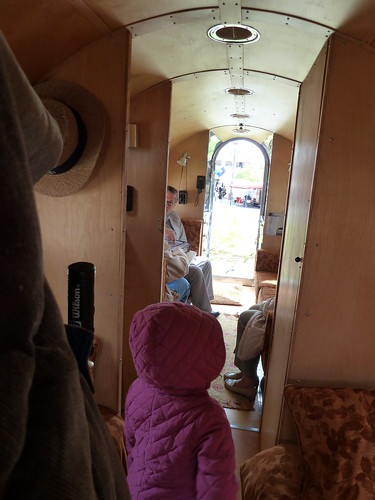 Ava and I walked through the trailer while Marlene and Mila waited outside. It was much too narrow for us to pass through as the owner and other visitors had made themselves comfortable in the seating area and deep into a conversation completely unaware that we were walking in and about the trailer. That means we did not get our chance to ask any questions but that is fine with us. 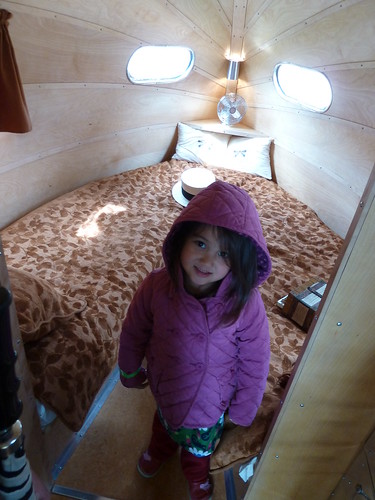 The berthing area is in the rear of the trailer and much like a v-berth in a boat, it gets narrow towards the end and makes a cozy night of sleep for 2 adults who don’t mind their feet touching. 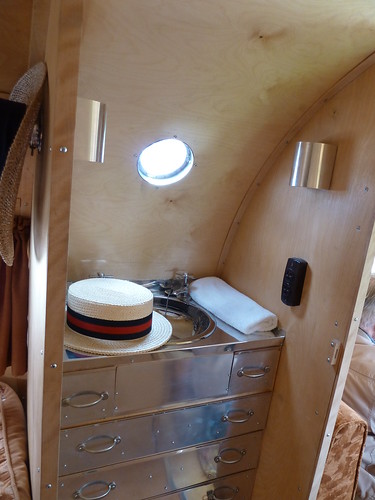 Dividing the berth and the seating area is the bathroom. Sink and toiletry storage on the port side and a head on the starboard side. 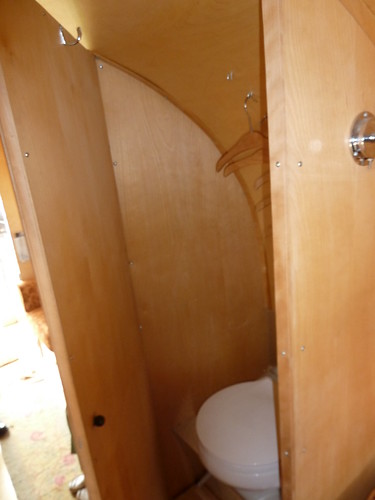 For those of you don’t speak nautically, port is left and starboard is right. 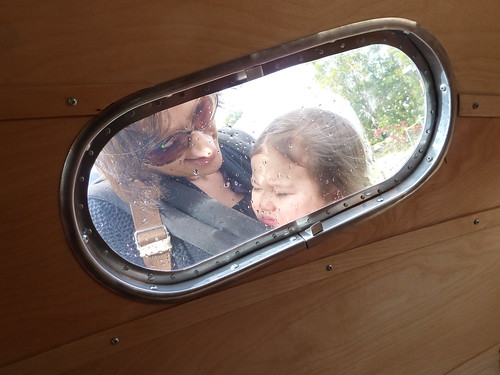 Okay Mila, you don’t have to cry, we are done here, next up,  free vodka in a vintage Airstream Safari!

I love how unique the Bowlus is and this one that you shared is such a mint!

[…] friends at Mali Mish shared this link with me this morning. The restored 1935 Bowlus owned by John Long. It’s restored to […]