When we picked up the boat yesterday, the guy at the shop told us that we shouldn’t run the engine too hard for awhile. Since the engine had to be rebuilt, Fred essentially has to go through the initial break-in period once again so there is no permanent damage done to it. We were told that it is usually recommended to run it for 10 hours using the break-in process and we were not to tow anyone. Ouch. That would be a deal breaker for this weekend. 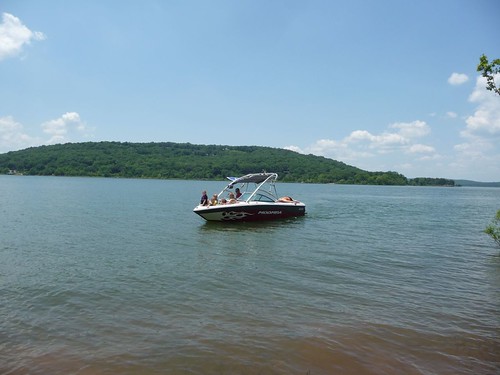 Well, as you saw in the previous post, we did some wake surfing behind the boat. Technically we are not towing anyone except for the first few moments. Even then, we did it slowly as to not strain the engine. Today, we have some driving to do. We knew we were not gonna get the 10-hours of burn time in but we had to at least give it a shot for a few hours. 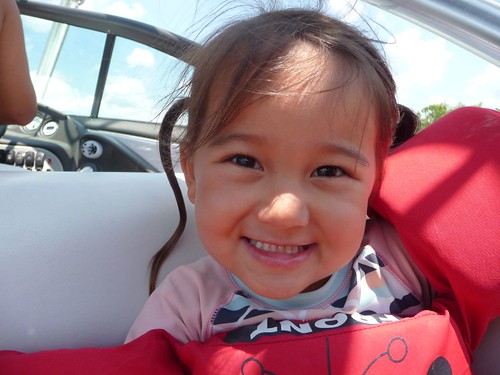 Ava was excited about that. I think she might even like riding in the boat more than actually swimming in the water. 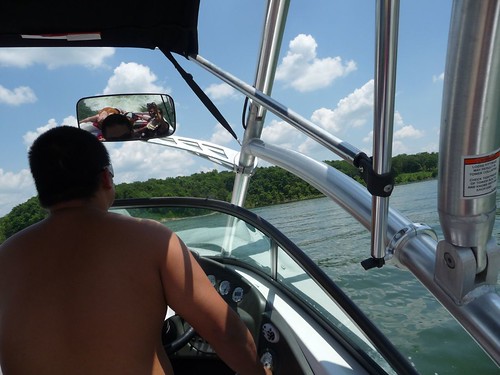 She likes to sit in the bow with all the other kids which lets me keep a good eye on her. The break-in process involves not going too fast but also to vary your speed a good amount as to smooth out the bores of the engine block evenly. Each time I slowed down too much though, Ava would turn around and say, “Dada! Go faster!”

I hadn’t really driven a boat like this before. As a matter of fact, it has been awhile since I helmed a boat. All of the boats that I have owned or skippered have been wind-powered so this is a nice change of scenery. 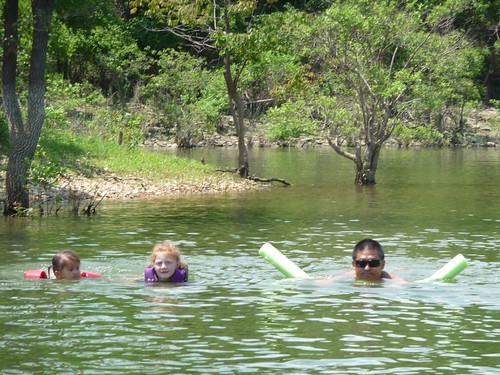 We found a secluded little cove and we all took turns diving in and cooling off. Ava and Jaiden are pretty much inseparable by now. 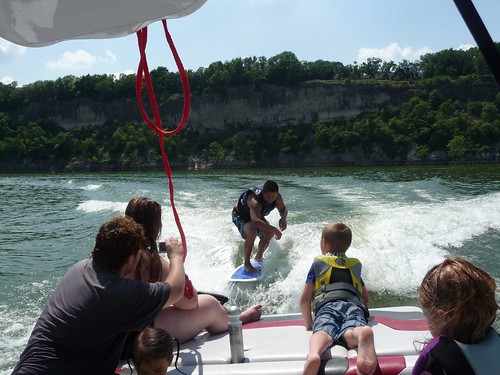 We did some more wake surfing and started to think that we might just stay here for awhile if I get to do this all the time.

Someone got a little tired and took a surprising afternoon nap. With her ladybug life jacket on and all.

Fred’s wife Amanda took a trip into town to pick up some supplies and came back with a little present for Mila. She got to get her feet wet in the lake too and even got her own inflatable sun shade.

Every time we go camping with other people, they always want to do ‘camping’ things. Things like sleeping in tents, playing horseshoes and cooking food over open flames. What we do in campgrounds probably isn’t called camping by most people. Even though Fred brought his 29 foot camper with him, they don’t take showers inside nor do they use the toilet if they don’t have to. We use our Airstream like it is our home. And for last 4 months or so, it indeed has been our home.

Ava here actually has other kids to play with at the playground instead of running around by herself. This weekend, the campground is our sightseeing destination and we are really feeling like we are on vacation.

Even Mila is happy being held by people she hardly recognizes. That never happens. 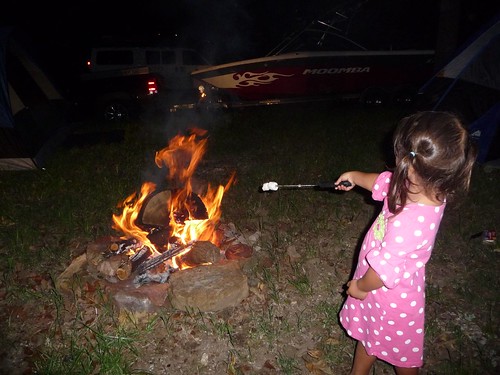 While we are at it, we may as well roast some marshmallows. For the first time on our trip.

[…] Ava was also super exited for some old friends to stop by. She hasn’t seen these guys since we were traveling the country in our Airstream. […]