After almost a week of dilly-dallying, we finally got our act together to see some sights. If you have ever gone on a road trip of this magnitude, you would know how much work it is to just finally get out of the house. Towards the end of our preparation, we left a lot of the final tasks to be done while we are already on the road. That is pretty much what we have been doing for the last few days, and there is much more to do. 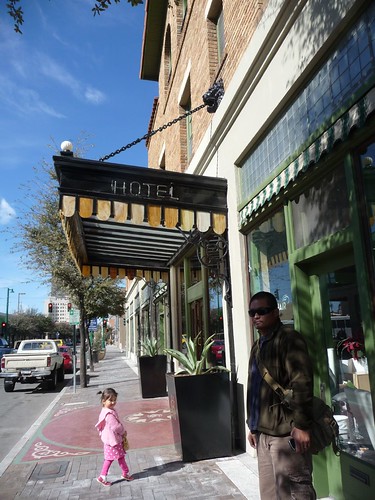 Tucson, Arizona is one of our favorite places to be during this time of year. Even though we have been here 3 other times before, we decided we wanted to come back again on our way out. It’s familiar, it’s non-intimidating, and it’s really easing our way into the journey one step at a time.

When we finally got our act together in the morning, we geared up and headed out for breakfast. In these last few months at home, for one reason or another, we have been patronizing our local Denny’s for the Grand Slam Breakfasts. Marlene in turn has gotten addicted to their fluffy pancakes and truck-stop style cappuccinos. When we saw their Super Bowl ad that Tuesday was going to be the day of all days to have Grand Slam breakfast on their dime, we looked up the closest Denny’s and headed that way.

I am sure you know how this one ends by now… We were not the only ones with that idea. We were also not the only ones who love their fluffy short stacks. Because for what other reason would people form a huge line out the door at a Denny’s and wait an hour to save a lousy 4 bucks? Is the economy really in that bad of shape? I guess it still is. We decided to scrap Denny’s and went to plan B, breakfast at the Cup Cafe at Hotel Congress in downtown Tucson. Well, plan B is actually the original plan A before we saw the Super Bowl ad. I am sure by now you don’t much care to hear about me rambling on about breakfast decisions anymore so I’ll digress. 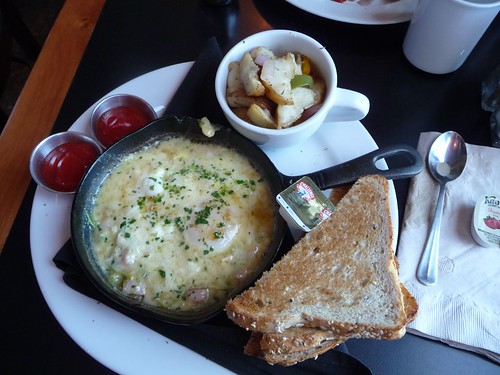 Cast Iron Baked Eggs. Looks and tastes much better than it sounds.

Hotel Congress is a registered historic building built back in 1919. It is famous for the fire that burned up the third floor of the hotel back in the 1930’s when the notorious John Dillinger and his posse were hiding out after a series of bank robberies. Apparently there are now reenactments of the fire including the arrest of John Dillinger at the hotel today. I am sure the movie Public Enemies is to thank for the resurgence of the story’s popularity.

The Cup Cafe is a quaint little restaurant on the bottom floor of the building that serves great food at reasonable prices. The entire floor is lined with pennies and up in the ceiling 3 chandeliers are hung with wine bottles providing colorful glimmers and reflections for the dinner guests.

The hotel is also noted for being haunted by various spirits. One of them is said to have died of a heart attack while staying at the hotel and is occasionally witnessed looking through the window of the room he was staying when he died. Last year when we visited, Ava was not quite two years old. A lot of people, including ourselves, believe that young children with untainted minds have the ability to see spirits. (I know, we are nuts aren’t we?) However I think she is probably past that stage of her life, but we still took a stroll through the hotel on a little ghost finding mission. We found nothing but room service and a picture of Michael Jackson on the bulletin board upstairs. I guess we can call that a mediocre success. 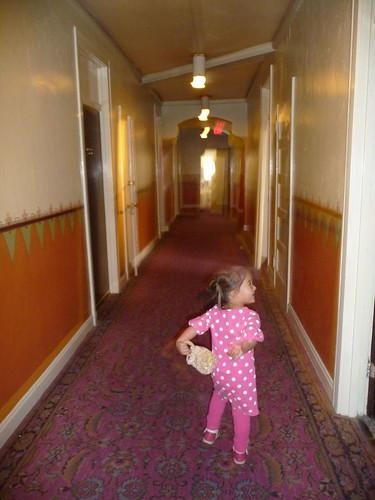 The last couple of days we have been asking if Ava wanted to go back to the Sonoran Desert Museum. This is the place where we bought her a stuffed prairie dog that she, ’til this day, still sleeps with at night. She likes it so much that we have since bought 2 other backup replacements in case if we happen to lose one or two along the way. As much as we love this place and love taking Ava to see animals any chance we get, the uncertain weather and the windy road that you have to take to get there made us decide against it. The real reason why we didn’t end up going there is because Ava said she wanted to go the museum with fire trucks and choo choo trains, not the pigs and the wolves. Ok, then it is settled, the Tucson Children’s Museum it is. 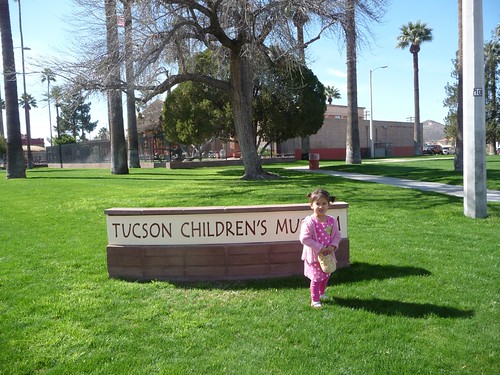 All Children’s museums are pretty much all the same. Some are bigger, some are smaller but all are basically a place for parents to take their kids to play so they don’t have to clean the house after an explosion of toys. For those of you who have yet to experience changing a poopy diaper, here is what they look like inside: 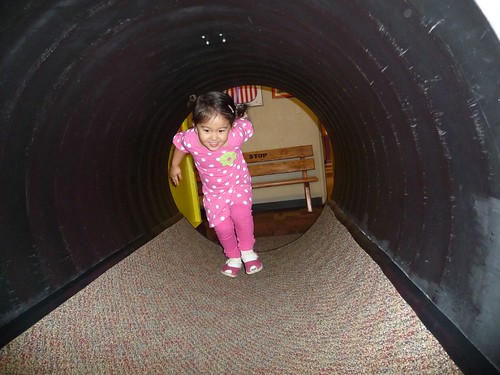 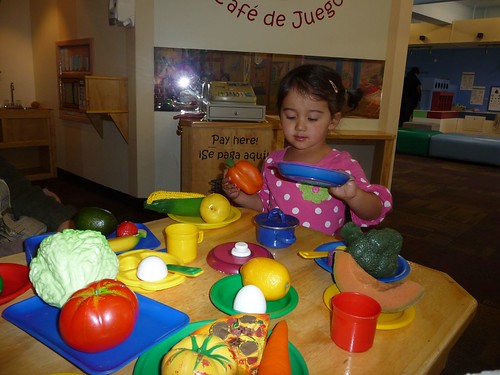 They have fake groceries. 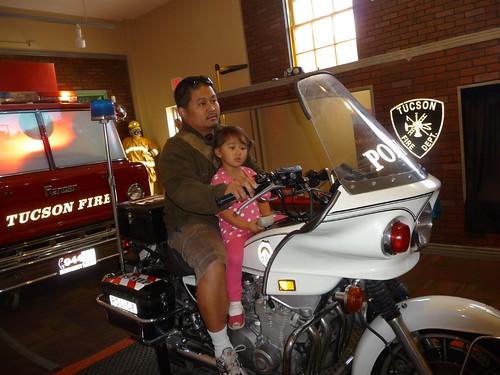 OK, maybe they sometimes they have things daddys like to play with too. 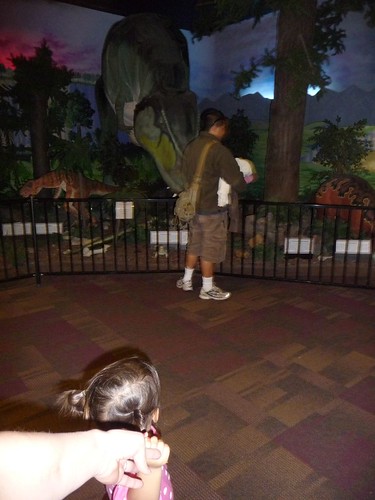 But they also have scary, life-size dinosaurs that little girls don’t like to go near. “Dadda! He is going to eat you!” 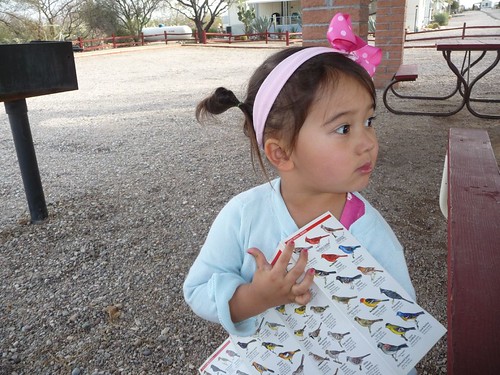 See, I told you we were going to ease into this sightseeing business on our trip. What did you expect? Grand Canyon?! It’s much too cold for that. For now, let Marlene teach Ava how to become a giant bird dork and check some Sonoran avian species off of her life list.

ahhh. little ghost hunter ava has no idea how much i’d love to be with her on this expedition. but i do feel very lucky that i was with her the last time she was here.

[…] promptly at 5pm. She had enough of the place long before we were kicked out at closing time. The only other museums we had taken her to before this one were Children’s Museums where she basically got to play […]