From Tettegouche State Park, we skidded along the shore of Lake Superior and found our way into Wisconsin just east of Duluth. The town across the border is Superior, Wisconsin and we make camp for the night at a Walmart. 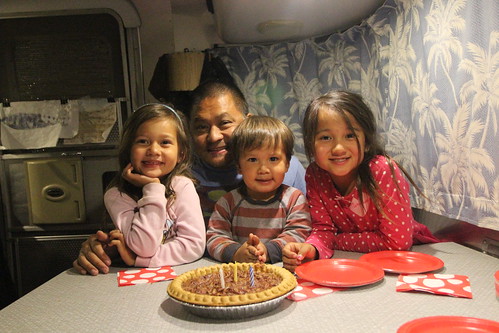 Just as we got set up, I headed right inside for some take-and-bake pizza and dessert. After all, it had been my birthday today and celebrating with my girls and little boy is perfect no matter where we are. 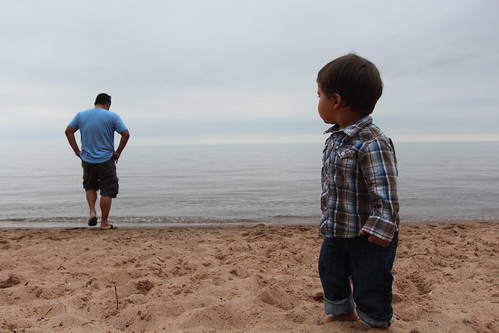 The next morning we continued driving along the shoreline of Lake Superior. Our goal is to find a place to camp for a couple of days near the Apostle Islands. After taking a detour because route 13 past the town of Cornucopia was closed, we found our way to Meyers Beach. After scouring the beach for the perfect stick, Luka ran for the shore to splash around with his sisters for a quick break from driving. When he wasn’t looking, the stick started to float farther and farther away from him.

He refused to let it float away so he went after it, with no floaties on his arms. In a split second, all I could see was his face hovering just above the water’s surface and hear his scream. A split second later, he was under the water. Marlene jumped up from the log but was too far away so she screamed for Ava to grab him. She threw herself into the lake and pulled him out. She saved him. They were both visibly shaken. He was still crying for his stick, which she dove into the lake again to save for him. Seconds later, he was smiling with his stick, like nothing happened. Ava will always be our hero. 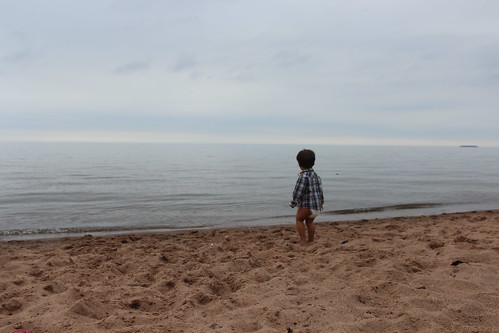 Here is video of our detour form Cornucopia and our quick stop at Meyer’s Beach. 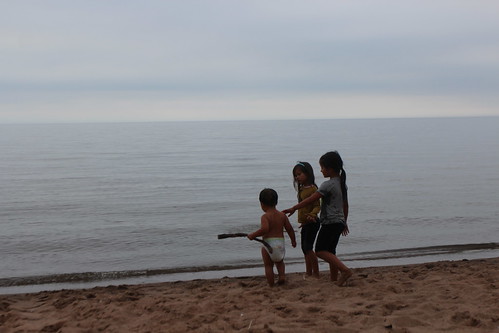 We ended up at a campground called Little Sand Bay. 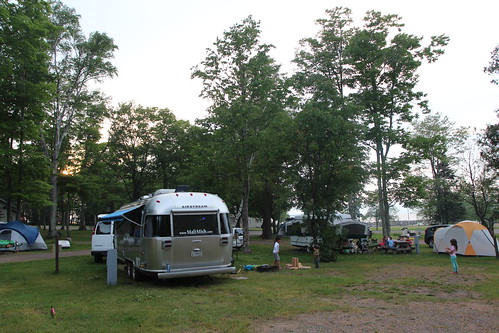 We drove through miles of roads with dense trees lining both sides without seeing anyone and suddenly, we turned a corner and saw a clearing with kids riding bikes, adults grilling meats and frisbees and footballs being tossed around in the air. 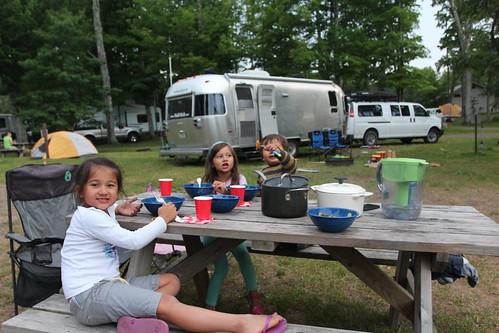 It was the perfect spot for us to settle for the weekend. 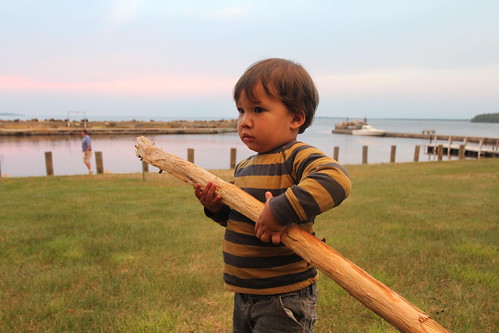 The phone reception here is not great but it was nice to disconnect for a couple of days. 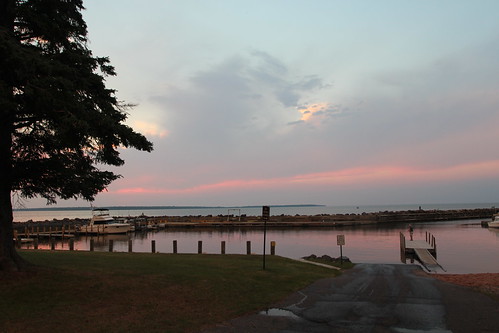 A small rock piling created a jetty that protected this little marina in the bay from the unpredictable Lake Superior. 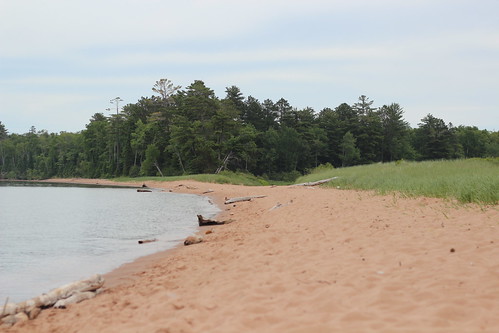 On the other side, a nice stretch of sandy beach was just a short walk away from our site. 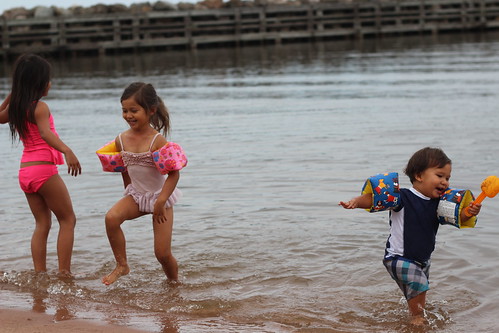 For a lake that still had floating chunks of ice in it just two months ago, it was pleasantly warm. 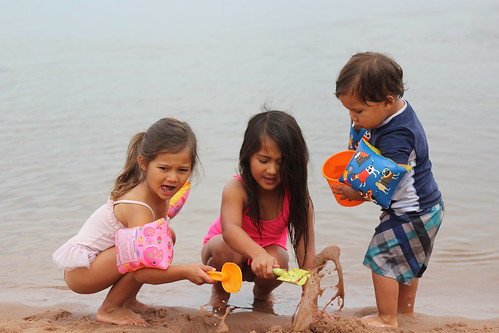 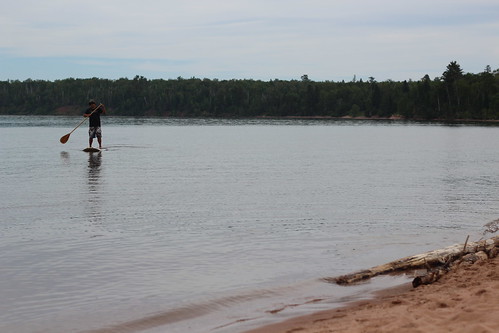 I took out the board and made my way out for a paddle. Not too many people from California can say they have stand-up paddled in Lake Superior. It’s pretty cool that I got to do that. 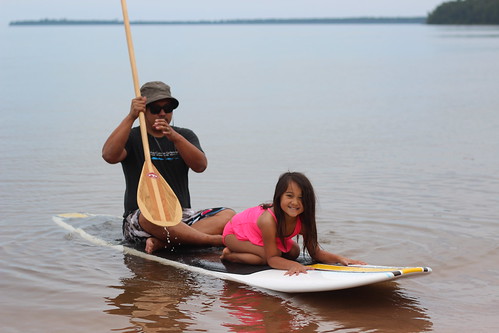 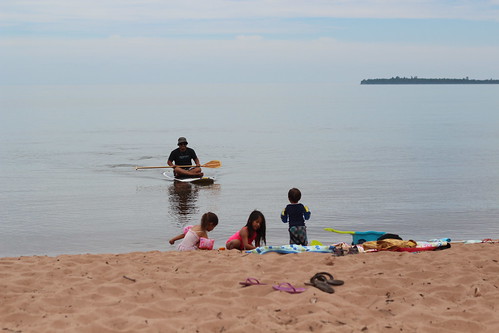 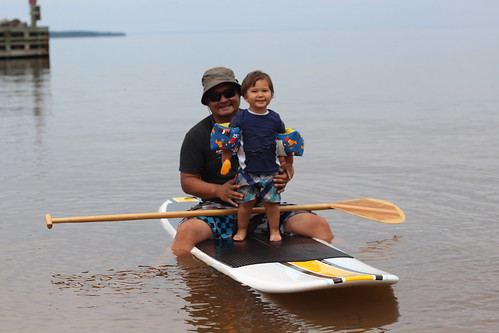 This little boy has no fear. Let’s hope he learns how to swim soon. 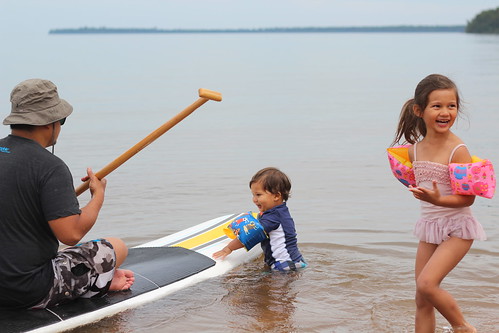 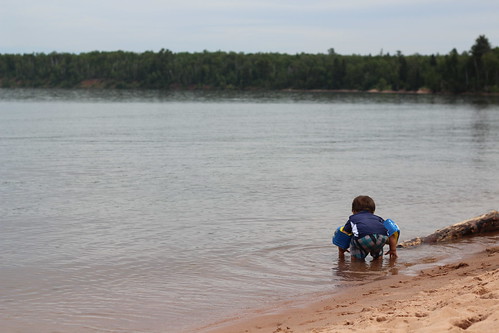 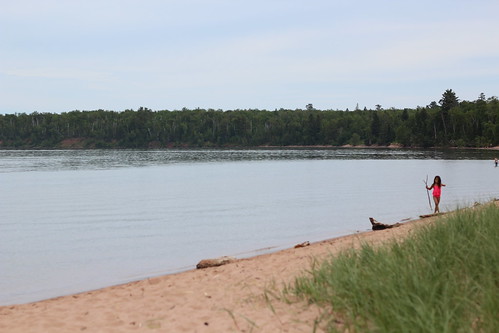 Next to the Apostle Islands National Lakeshore visitor center is the former buildings for the Hokenson Brothers commercial fishery. 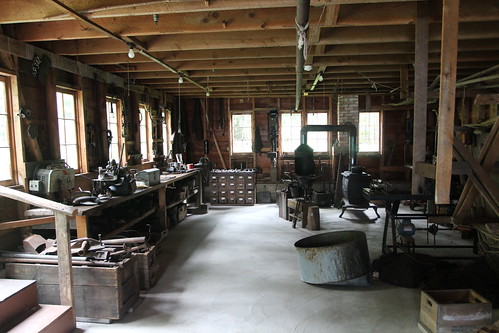 Leo, Roy and Eskel were three brothers and sons of Swedish immigrants. They operated a fishery here for more than 30 years starting in 1927. 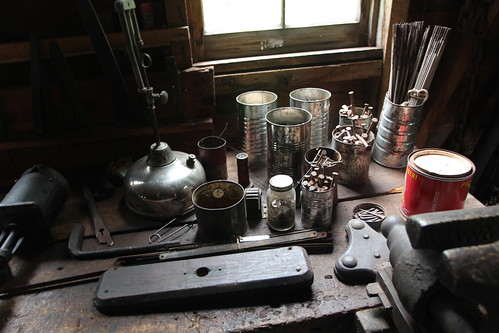 They built a traditional fishing tug out here in Lake Superior and caught fish using the pond net method. Much of the tools and the trade as well as the structures are left in the same condition as they were when they left in the 1960s when the herring population were drastically reduced by the introduction of the sea lamprey. 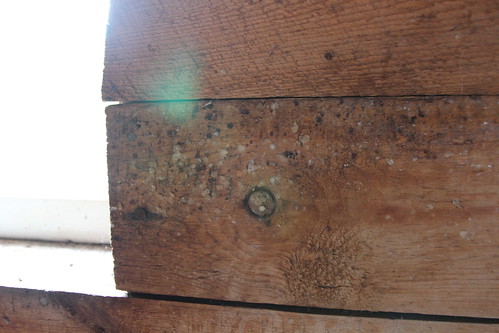 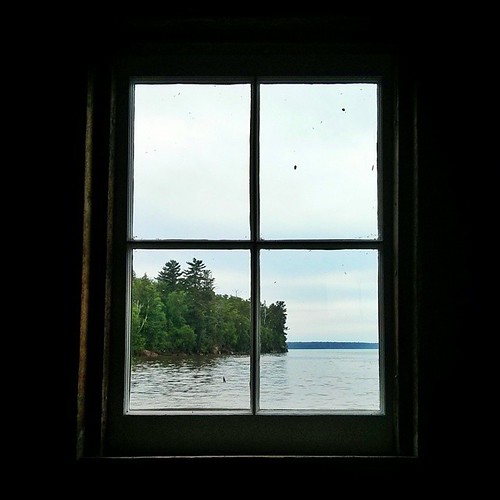 Although we never did make it out to any of the Apostle Islands, we loved our time here and would love to come back again another time. As long as it is not winter. 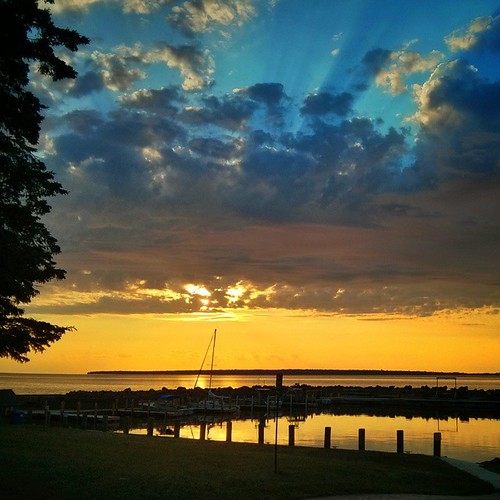 How can you not when they sky here puts on shows like this?

Ugh that is crazy scary about Luka… I would have been a mess! Love catching up on the new posts and the new drone videos have been awesome too!

Thanks! So bummed that we never connected with you guys while we were there. It will happen one day!

I know, we were really bummed too, summer is just so nuts for us! I agree, I have a feeling it will happen at a time location we don’t expect… and hopefully we will have our own Airstream when we do too!