As we headed towards the border crossing just north of the town of Oroville, Washington, our caravan was already pretty segmented into several groups. One of the rules of traveling with this many trailers is to not all stop at the same restaurant or gas station at the same time so we don’t jam up traffic for any one location. 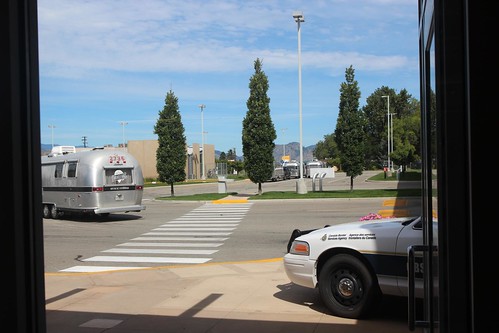 As we got to the border, the first Airstream to cross was the Watsons who made it across scot free. 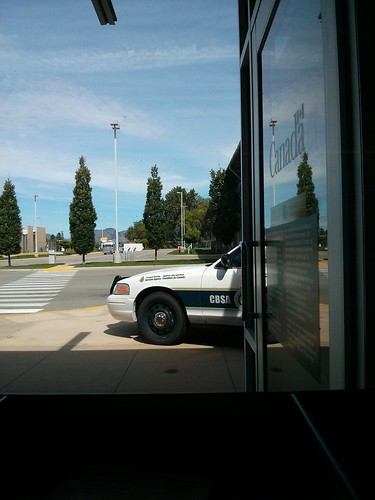 Us and a couple of others got stopped and had to wait in the Canadian customs lobby while they looked through the trailers. Having seen both the Canadian customs office as well as their American counterparts just across the road, the Canucks are sterile and cold like their brisk winters. Everything in the room had a monotonic blue hue and everyone’s desk was free of clutter. The people had no expressions on their faces and when they spoke, it was only loud enough for the spoken-to to hear. The American side on the other hand looks like it came straight out of the set of NYPD Blues. People we standing around animatedly chatting under warm lighting while papers were strewn across every desk. Customs officers engage in small talk while handling your border crossing documents. Well, at least that is what has settled into my long term memory. 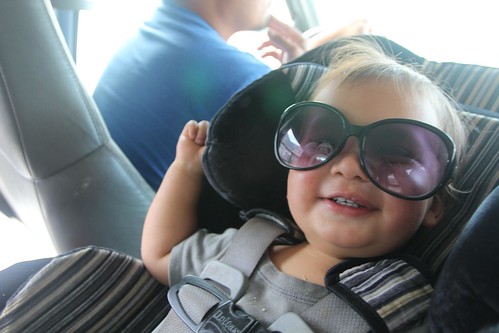 Since we were delayed by a bit, we had a little catching up to do with everyone who continued on to the resort in Kelowna. Having never been in Canada, it was an interesting experience. It has a distinctly European feel to the roads as we were driving through. Maybe it has to do with the shape of the signs or the way billboards off the highway are displayed but we definitely were not in the United States any more. 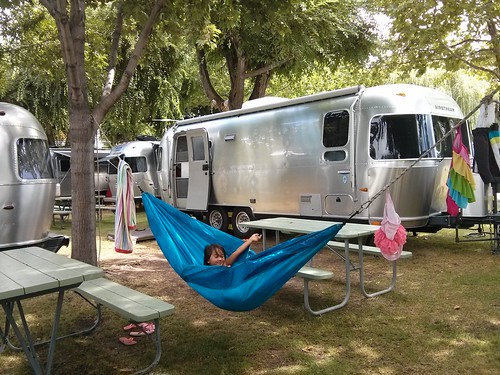 Kelowna is a popular destination in the summer here in British Columbia. The town is right on Okanagan Lake and our resort has a beautiful beach. 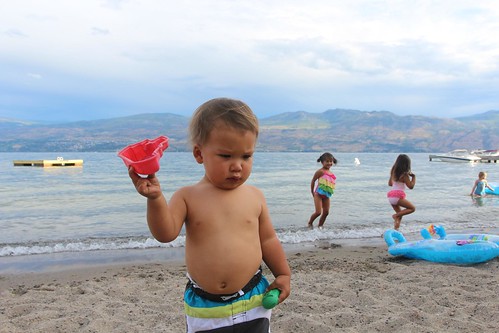 I would not have thought that the water, even in summer, would be warm enough to swim it but it was very pleasant. The kids were in heaven. 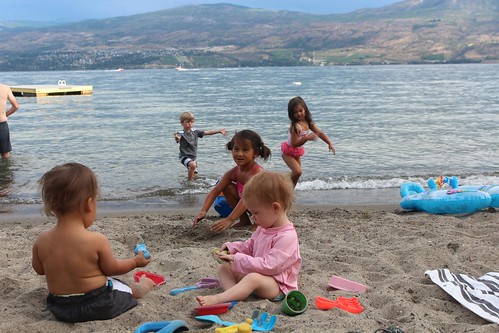 Luka played on the beach with David and Ann’s daughter Wynne while the girls splashed and frolicked with Jack. 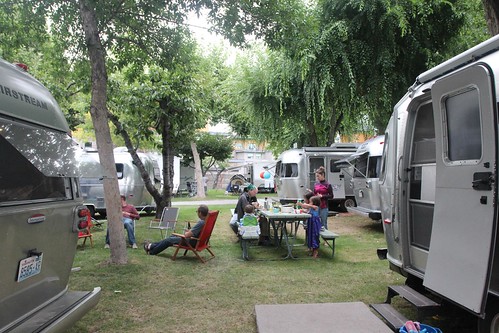 All of our Airstreams at the resort were placed in the same area with a common space in the middle for us to gather. Typically these sites would be much too close for comfort but since we knew everyone there it turned out to be very nice and convenient. 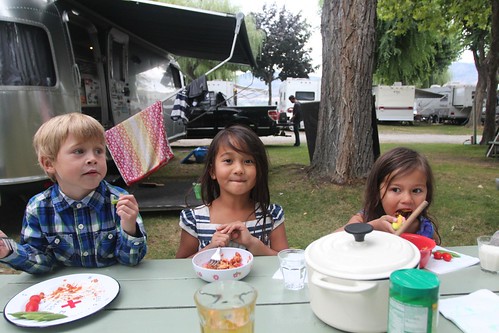 We are only here for 2 nights but we could have stayed there much longer. 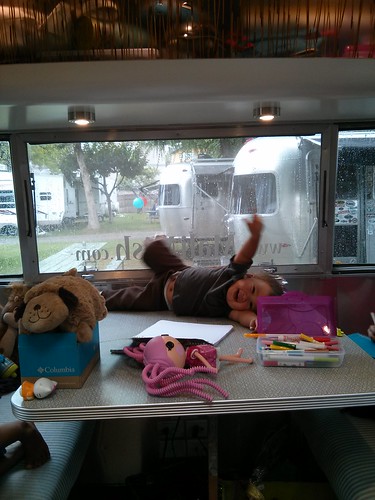 On the second day, the adults that had no children to watch organized a wine tasting tour of the local wineries in Kelowna. Basically that leaves us, the Works and the Zimmermans back at our compound to hangout. 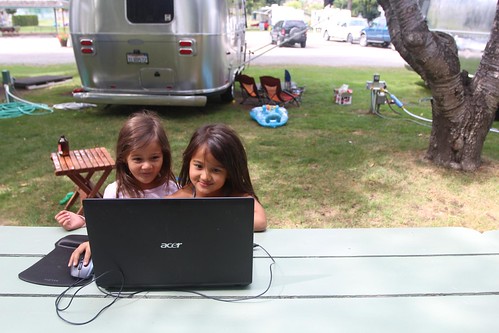 The wine tasting is actually part of Brian of Aluminarium’s birthday celebration so the girls got their art supplies out for a little project. 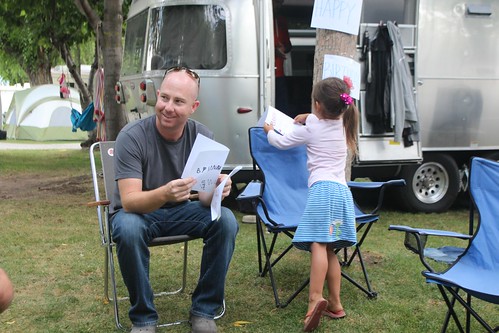 Surprise! We made you a card! 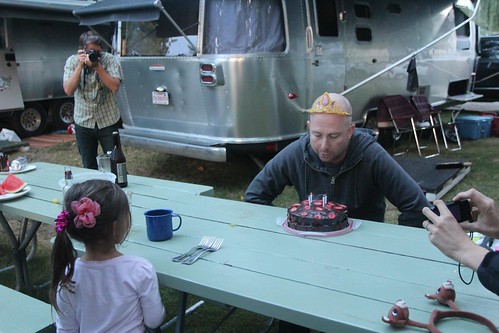 I think he looks pretty good with that princess crown. 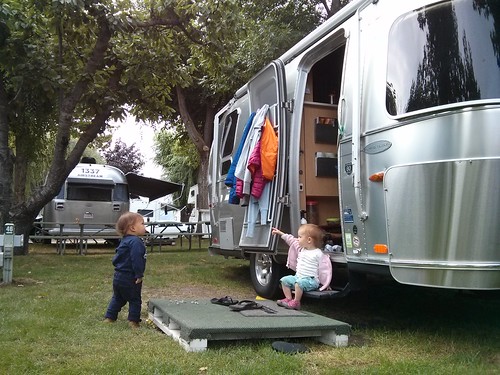 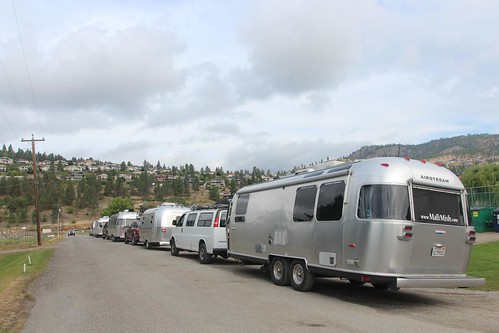 On our third day in Canada, we are ready to move out towards our next destination – Glacier National Park!

My daughter just told me about your blog. I am enjoyIng it very much. I thought I would comment on your comment about Canadian customs because from our experiences in the US, Mexico and Canada I would say our experience was the exact opposite of yours. I wonder if it ‘feels’ different depending on which country you are a citizen. I look forward to reading more.