When we got back to the Airstreams in the campground at Anacortes, both of our batteries were really low. Even though we have solar panels on the roof, the thick canopy from the trees prevented from charging. We ran our generators to get them back up so we could spend last night here before heading out this morning. 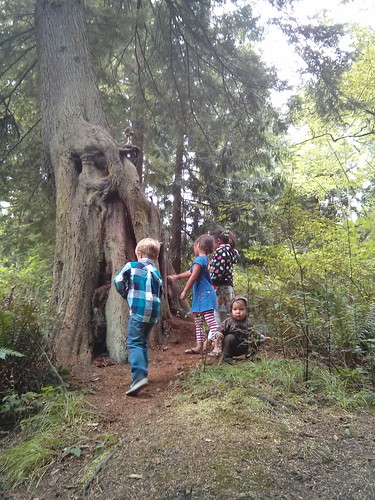 Even though we are splitting up with the Works from here, we know it won’t be for long. They had already been down to the greater Seattle area recently and did not have any desire to go back. Instead, they will hang back and find a campground with hookups to recharge. 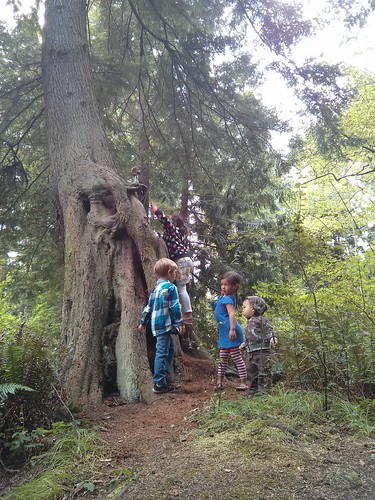 We needed to make our way south too but our first stop was to find some places to do laundry. It is one of the biggest hassles of living on the road but it is unavoidable. 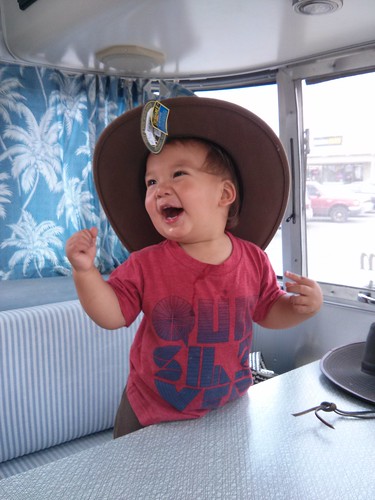 After finding a strip mall with a laundromat and a thrift store stocked with hats, we headed further south to find a spot for the night. 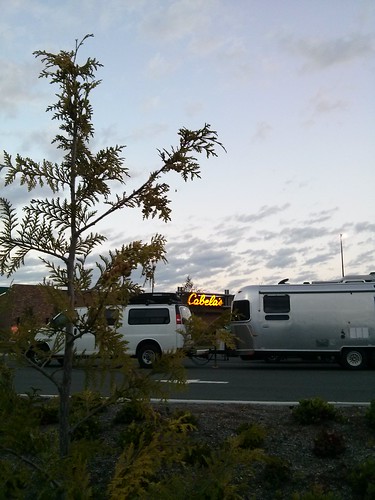 We ended up at the Cabela’s just north of Everett for the night. There was also a big outlet shopping mall so we found ourselves a Columbia outlet and bought all of the gear we didn’t have to get ready for Canada in a few days.

To visit a big city like Seattle, finding a suitable location to camp is always the toughest part of the visit. Since we are here during summer without reservations, we did not have very many options. However we did have a friend who we intended to visit while we were here and after a couple of emails, our college friend Josh hooked us up with a free spot to park in the parking lot of his work. It isn’t just any parking lot, it is the parking lot of the sports arean in Kent, Washington called ShoWare Center. 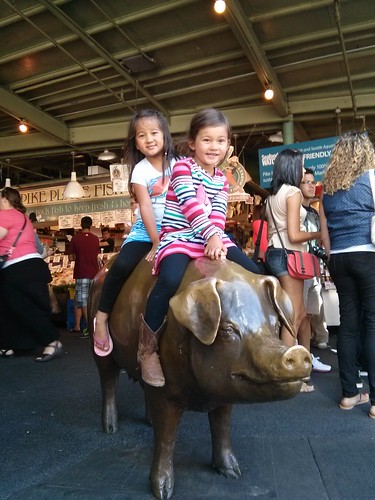 When we got to green light to park there for a couple of days, we dropped off the airstream and decided to waste no time by heading into the city. 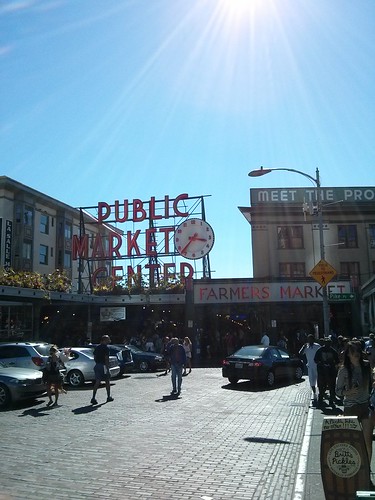 Of course we had to make all of the obligatory stops. 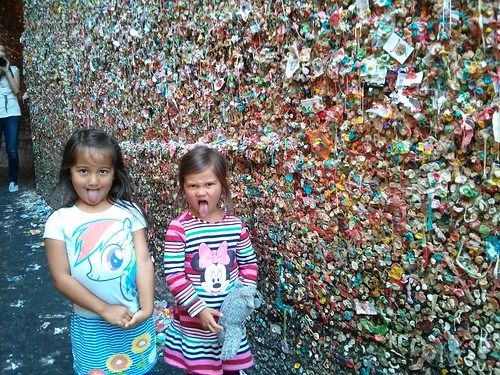 The girls were not too impressed with the gum wall. 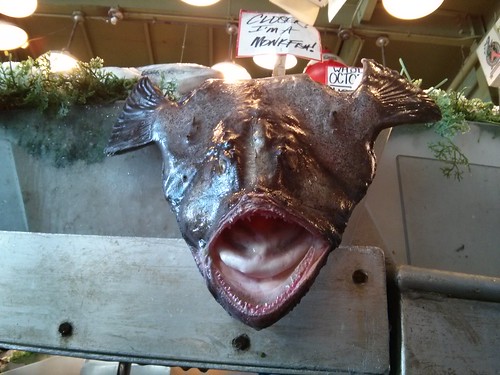 Pike Place Fish Market is obviously on that list of tourist trap spots we had to see. 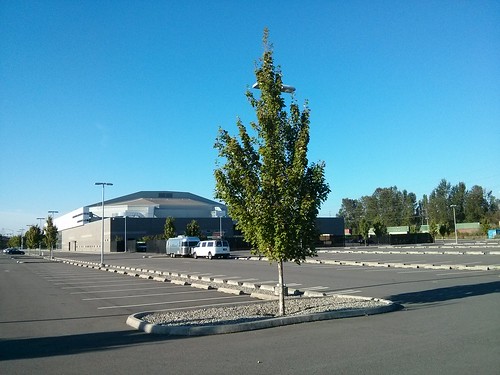 We made it back to ShoWare Center for the night and woke up the next day to an empty parking lot. 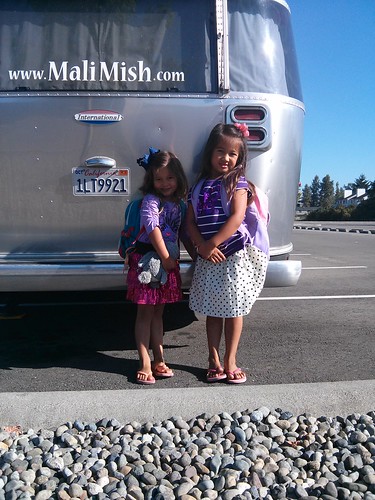 Of course this is not always the case. When there is an event going on here, this place is packed. ShoWare Center is home to the Seattle Thunderbirds, a team in the Western Hockey League. 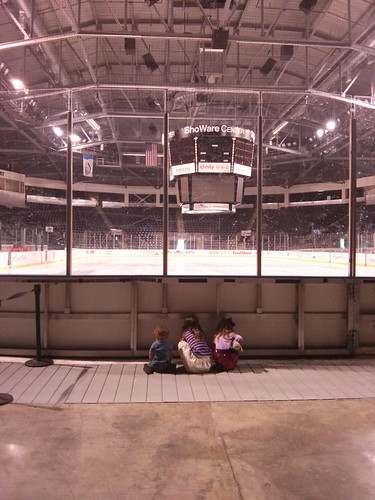 Since we had a guy on the inside, our friend Josh gave us a private tour of the facility. 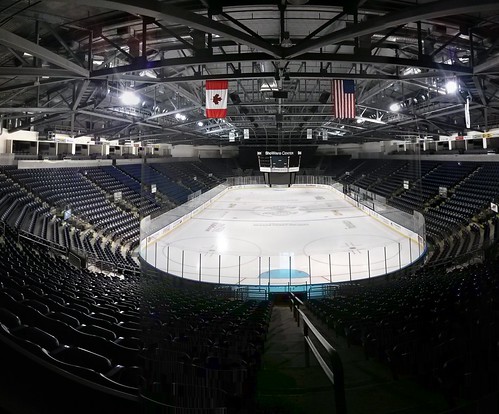 Besides the hockey team, ShoWare Center is also a venue to many other entertainment events. We are lucky that there are nothing on their calendar for the next couple of days so we will have pretty much the entire lot to ourselves. 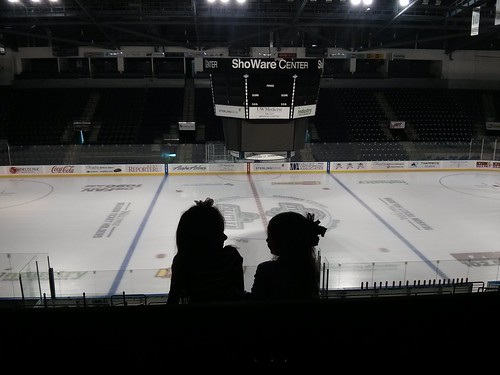 Our second day into the city we wanted to see something away from downtown. 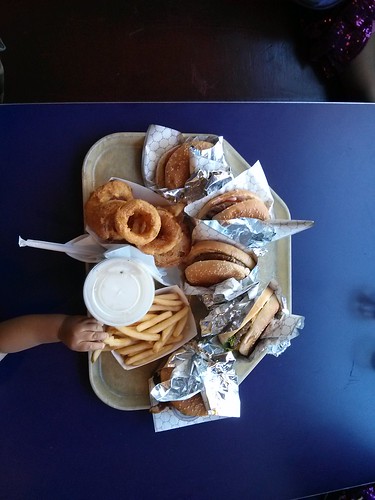 First we started with lunch at Red Mill Burger. This place was highly recommended by many of our friends on social networks. It did not disappoint. 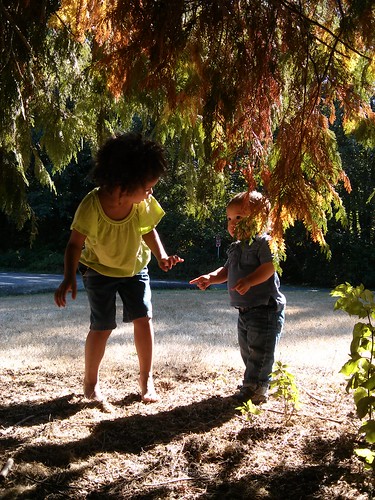 Since Marlene was a big Eddie Vedder fan, she also wanted to see Discovery Park as it was the location where they shot the music video for Hunger Strike. We also got a chance to meet up with a family who has been following us on Instagram for the last year. Jon, Joy and their five children love traveling, camping and going on adventures. When they offered to show us around, we could not say no to having locals showing us around. 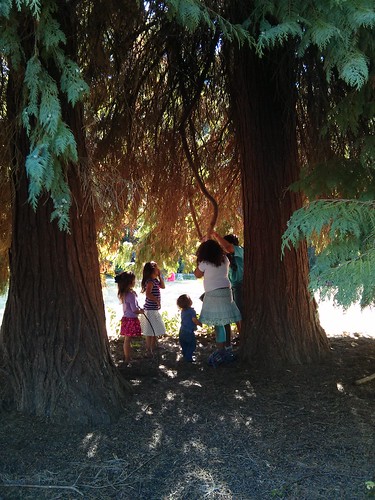 And of course the girls and Luka always loves meeting new kids during out travels. 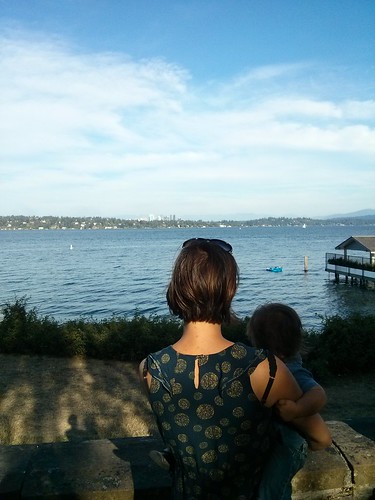 After Discovery Park, we made another stop we absolutely wanted to see. It is formerly Kurt Cobain’s house which also happens to be here to took his own life in 1994. 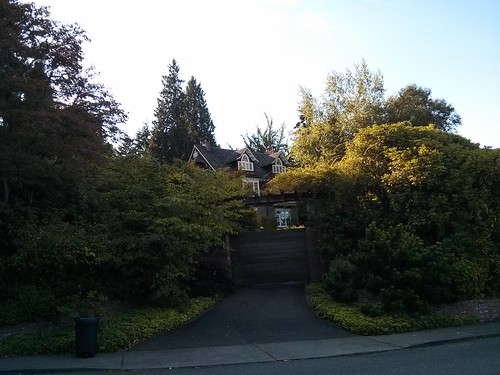 Obviously there are new people who live here now but people from all over the world still come by here pay tribute to one of the most influential 90’s musician. 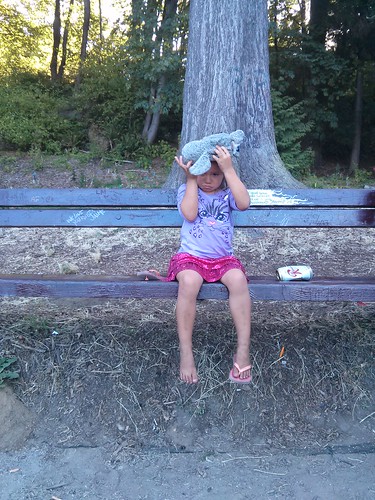 The months following Cobain’s suicide, people flooded to this little city park right next door to his house to leave small tokens of condolences. Even ’til this day, people still leave things like cans of beer for him which Mila accidently spilled all over her flip flop. 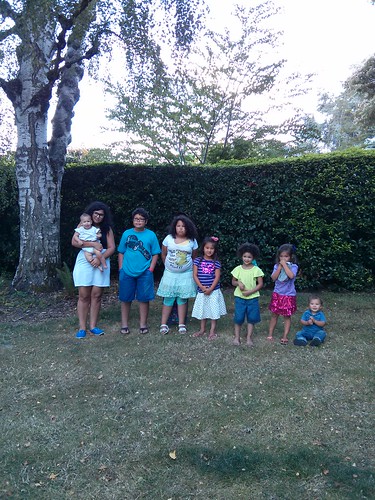 Before we parted with our new friends, we somehow were able to wrangle all 8 of them in a line from biggest to smallest for a picture. Sure it doesn’t look like it would be hard but believe me that it took a miracle. 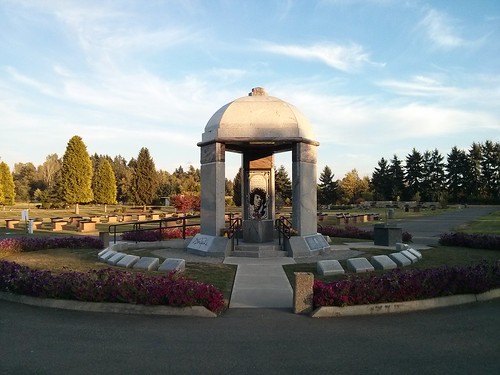 Before we headed back to Kent, we made one more stop at Jimi Hendricks’ grave for a photo. It completed our musical trifecta of Seattle. 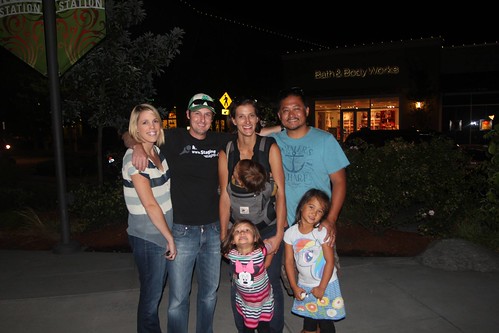 We met up with our friend Josh and his fiancee Lara for dinner before we hitched up and headed back north for the night so we wouldn’t have to deal with Seattle traffic during he day. It was quick but a very fulfilling experience. Tomorrow we will meet up once again with the Works and head across the North Cascades.