Day 92: Leaving Louisville for another stay in Lexington.

Today is our last day at Carrie’s house. We’ve been living large for the past 10 days and it is time to hit the road again. The girls are sad that they have to leave their buddy. “We just got here!”, they screamed. We told them that Carrie will join us for a few more days on the road but they know that this part of our trip is coming to an end. 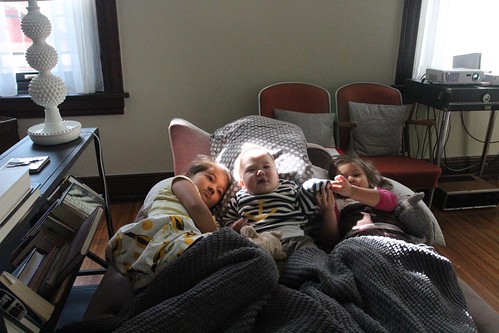 Before we leave Louisville, we needed to fill our bellies with some delicious grub. Today’s choice was Mexican food from El Mundo and it really hit the spot. And for a group of picky Mexican food eaters from southern California, we gave them  thumbs up all around. 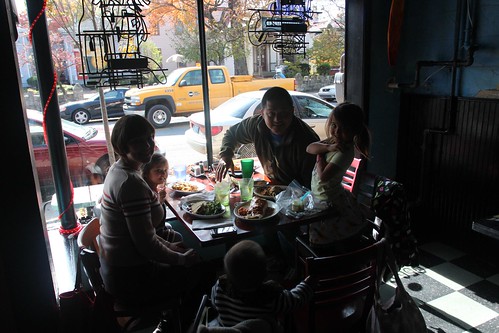 We’ve been on the fence about upgrading our phones, especially since we use them all day long. Maybe a little too much, some would say. Since this is one of the larger cities we’ll be in for awhile, we peeked into the Sprint store to ask about switching things up. I had my eye on the new Galaxy s3. The screen was amazing. So much crisper and brighter than my current HTC Evo. But our upgrade didn’t work out today. Too much of an headache to change it up. I won’t bore you with the details but the Evo will be staying for a bit longer. 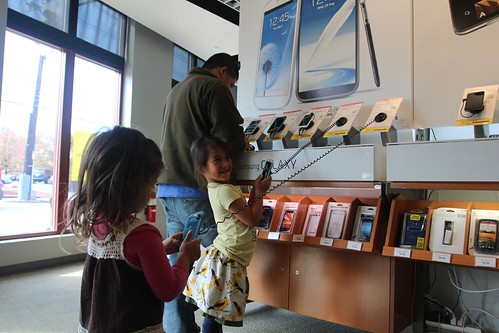 While Dan was dorking it up with the sales lady, we took the kids next door to a children’s store. And look who got a free weight check! Luka weighed in at almost 21 pounds. Yes, he’s a big boy. He’s already outgrown his infant car seat and now wears 18m. And reflux is back under control. But the new thing that worries me this week is his super rosy cheeks. I have a bad feeling that he might be coming down with what was, and still is, ailing me during our stay in Louisville. 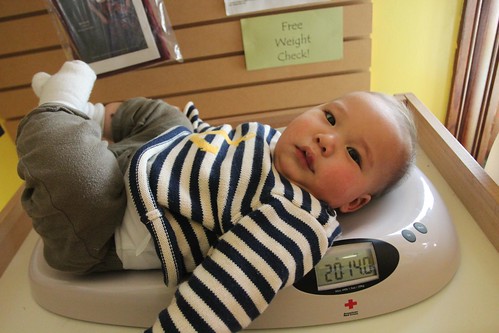 Then it was time to say good-bye to Louisville. Ava solemnly walked thru the house, avoiding eye contact with anyone. The dogs looked super sad too. I think the dogs and the girls grew to love each others shenanigans during our stay. The first day with the dogs was super hectic but they all settled into a nice routine. I have a feeling that Ava will be asking to adopt a dog in the near future. Goodbye, Darla. Goodbye, Violet. Thanks for letting us stay in your beautiful house! 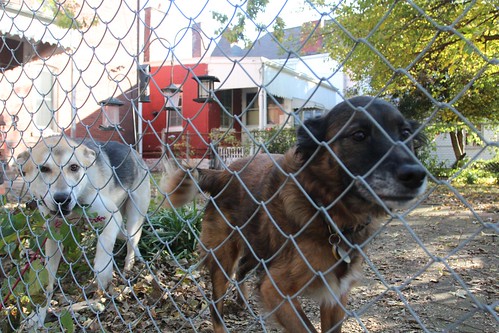 Just 15 miles from Old Louisville was our Airstream, sitting as we left her 10 days ago. We were worried about break-ins since it is always a possibility at storage yards. Luckily, she was still safe and sound. And Yoda the cat was fine also. She told us off for a bit, gave us dirty looks for smelling like dogs but then quickly forgave us. The girls kept repeating how soft Yoda was. I guess they forgot how soft a cat can be when you spend so much time with cute doggies. But there was one little problem with the Airstream. The batteries were dead. Not low, but dead dead dead. Dan freaked out a bit. We couldn’t figure out how the batteries could be dead with the bright sun shining on our solar panels. We figured that the kids must have left some light on during our last visit to the Mish. At least that is what we are hoping is the problem. 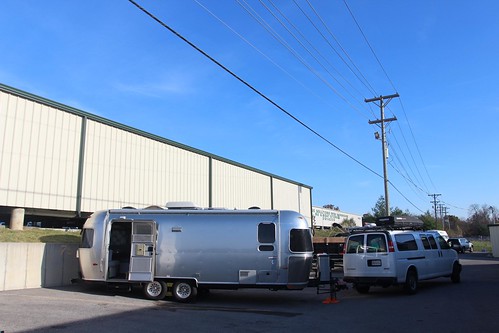 The next stop of our cross-country adventure is Lexington, Kentucky. Yes, I know we were just there 11 days ago but didn’t do anything in town. So now we are planning on staying for three nights and really explore the area. 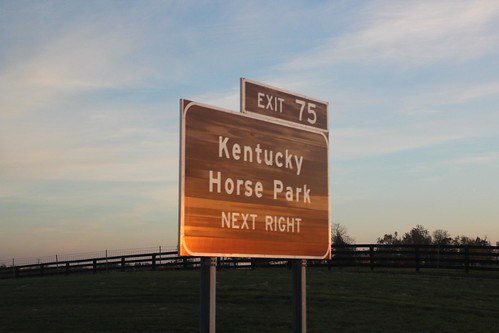 We decided to stay at the Kentucky Horse Park again. As we paid for a spot this time, they asked us if we had AAA so they could give us a discount. I didn’t even think to ask last time because it was a state park… and the desk dude didn’t even bother to mention it. Oh well. And if you look closely in the picture, you will notice an empty spot. We are saving it for the Troutstream. Yup, an Airstream meet-up one last time before we head south. 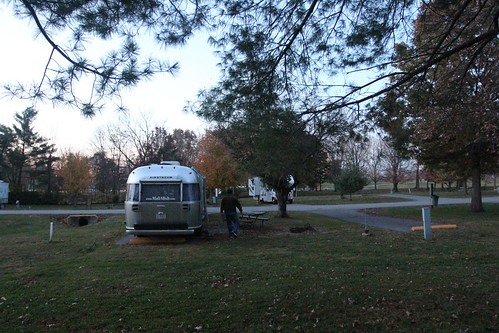 As soon as they pulled into their spot, we wrangled up all six kids and headed out to Parkette Drive In. Open since 1951, it is a staple in Lexington. Famous for their double decker hamburgers called “Poor Boys”, not to be confused with the ‘po’ boys from NOLA. 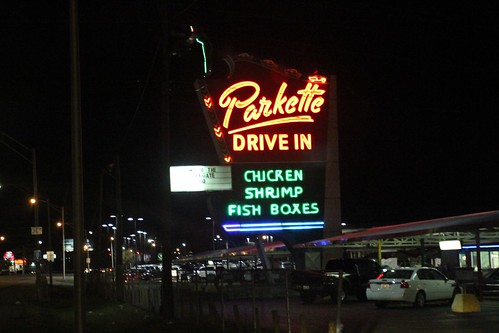 It would have been cool to park in the drive in portion of the restaurant but we had a sneaking suspicion that our van would have smashed into the overhang and taken the whole place down with it. 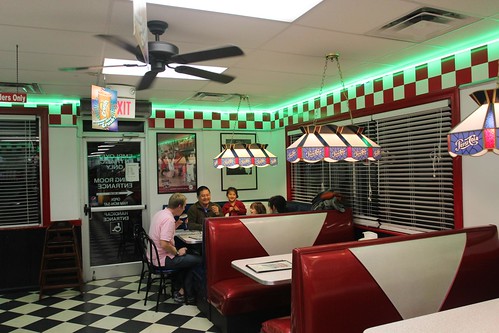 The diner was the perfect stop to catch up with our Airstreaming buddies. But it looks like we might have kept the littlest ones out past their bedtimes. 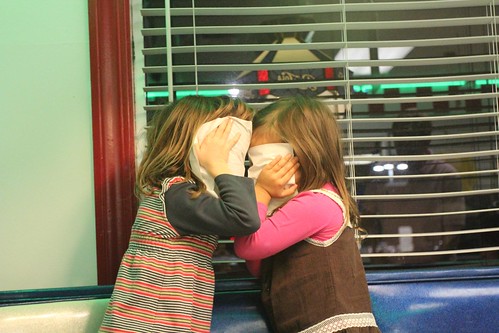 Dan and Marlene,
Just wanted to tell you how much I look forward to reading your posts every day! You have such a beautiful family and you will never regret spending this quality time with them….what an adventure! I wish I could turn back the clock and spend a year on the road like this with my own two kids. When you turn around and head west, I hope you’ll drive through Oregon! It would be great fun to meet virtual AS friends!

Thank you Kim! We are so close to Oregon and will make sure to come up for a visit in 2013!