The rain storm that came through while we were at Rincon Parkway turned out to be the worst storm of the season. It continued to rain for a few more days even after we left. Rather than trying to back the Mish down the narrow driveway with soggy mud, we just left it out on the street. Plus we knew it wasn’t going to be long before our next trip: Anza Borrego State Park.

Before we left on our trip to Anza Borrego, the girls had a new visitor to our house. Their newest and only first cousin baby Aiden! He was born in October 2010 and this is his first visit to our house. Can you tell Mila is very excited to see a baby smaller than her?

We actually went up to northern California just after he was born to visit him but we did not get to see him because a few of us were under the weather so we opted to stay away. 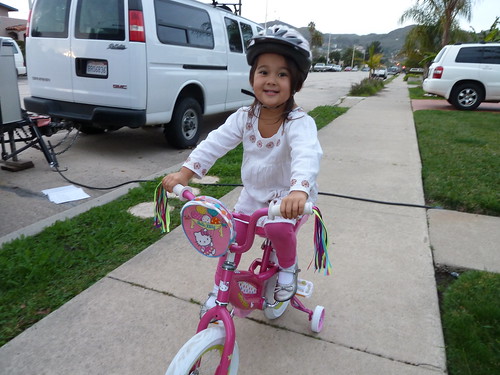 Ava could not help but to show off her new bicycle she got from Santa. I think this is the 3rd time Santa has gotten her a bike. 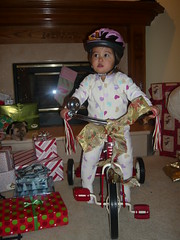 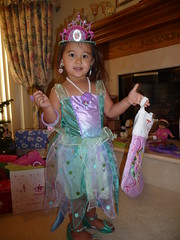 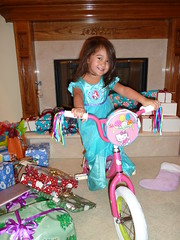 I am thinking the old guy needs to change up his game a little bit to give our little mermaid some variety in her life.

With clear skies and warm weather in the forecast, the girls and us were very excited to finally leave the house again for a week long trip to the California desert. We had always heard about Anza Borrego State Park but never had a chance to go. It is only a 75-minute drive from the Palm Springs area, a go-to camping destination for us for many years, and we were very much looking forward to spending a week there including New Years. We are also expected to meet up with a handful of other Airstreamers at the campground including Rich from Airstream Life as well as Jen and Richard from AirstreamAdventure.com who are on their first cross country trip. 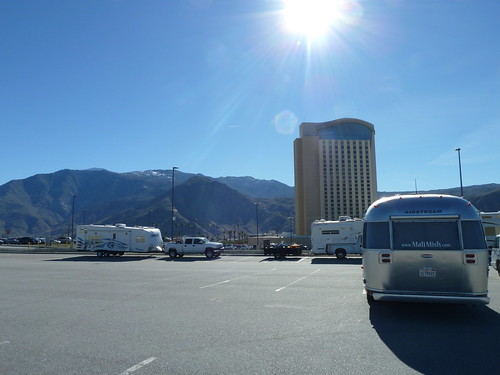 As usual, we preferred driving through the busy freeways of southern California late in the evening during the kids bed time. They slept soundly in the van while we avoided the usually ridiculous traffic of Los Angeles.

Since our reservation at Anza Borrego didn’t start until the following day, we stopped at the very convenient parking lot of Casino Morongo just outside of Palm Springs. This is a familiar sight to most southern California residents with its Vegas like tower visible from miles away. We have never parked overnight here before so getting in late at night was a little tricky since we didn’t know what to expect. As we pulled up to the rear parking lot, we were pleased to find a designated area full of fellow RV travelers already there.

We slept soundly through the night and awoke under clear blue skies without a single trace of clouds. Of course we couldn’t leave without going in the casino at least once. I am not much of a gambler but there is one thing I know at any casino that is a guarantee winner: the food. We loaded up on breakfast and headed back down the road for our destination.

We chose to drive through Palm Springs by way of Salton Sea to Anza Borrego originally because of the overnight stay at Morongo. Even though it adds nearly 40 miles to the total distance it ended up being a much easier route. Coming from the east we did not have to deal with hardly any windy mountain roads or steep inclines.

Anza Borrego State Park is one of the biggest State Parks in all of the United States and the biggest in California at over 600,000 acres. It spans over 3 counties intersecting Riverside, Imperial and San Diego county. It is named after the Spanish explorer Juan Bautista de Anza as well as one of its famous residents, the desert bighorn sheep (Borrego). The desert region is also home to many of the native American tribes who have been here for thousands of years. Don’t be surprised if you find fossilized sea shells here as it also once was part of the modern day Sea of Cortez. For the millions of years the mighty Colorado river has been busy carving its canyons, it has been depositing much of the sediments down stream to this region. It eventually filled the sea floor so much that we are now able to plop our trailer here with full electrical, water and sewer hook ups. 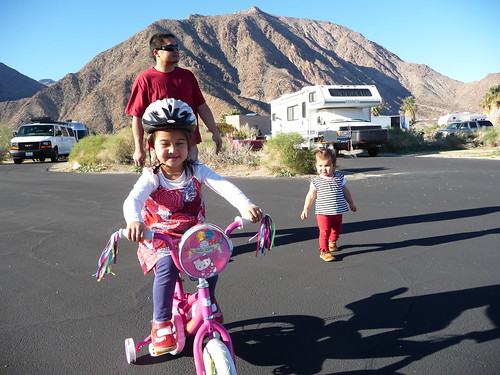 We got a pull-thru spot at Borrego Palm Canyon campground with its newly asphalted roads and refurbished restrooms. Ava wasted no time at all by getting right on that new Hello Kitty bike. Thanks Santa!

Of course Mila has to do everything her big sister does. Lucky for her that Ava is more than happy to share. Can’t you tell by the look on Ava’s face?

Borrego Palm Canyon Campground is right in the middle of the State Park next to the Park’s visitor’s center. It is located right by the town of Borrego Springs which is basically just a few blocks of commercial and residential areas surrounding a round-about intersection. Borrego Springs is an unincorporated community surrounded on all sides by the state park with a population about 2500 people. There is no desire for the city to grow. In fact, a slower growth pace seems to be preferred. Some small towns like this have just a single stop light. At Borrego Springs, there is not even one. We did however find a couple of Mexican restaurants which we are determined to hit up during our stay here. 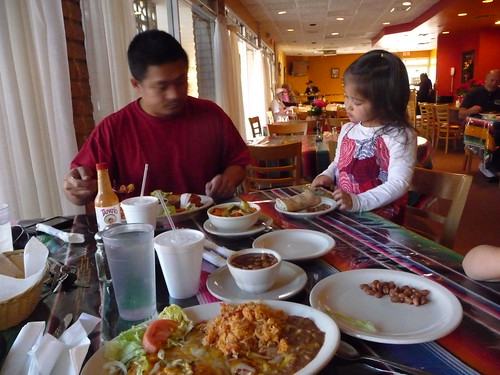 This is Carmelita’s. We are here on a Monday afternoon and there were only 2 other tables with patrons but a few locals were perched at the bar near the entrance. You can’t see it in the photo but at least one of them was on the verge of  falling off of his stool. Despite their willingness to support mid-day debauchery, the food was great. Part of the reason we eat lots of Mexican food around this part of the country is that it is hard to find a bad one. Maybe that should be my new mission in life, find and rate the worst Mexican food in California… Challenge accepted!

“No thanks Mila, I think I’ve got that covered. Plus I don’t think I am ready to clean up the mess you might be in if and when we do find a bad Mexican restaurant.”

“How about you Ava? Do you need a conquistador partner in your desert exploration?”

“Um.. thanks but no thanks Mila, I am just reading books with cats wearing top hats.” 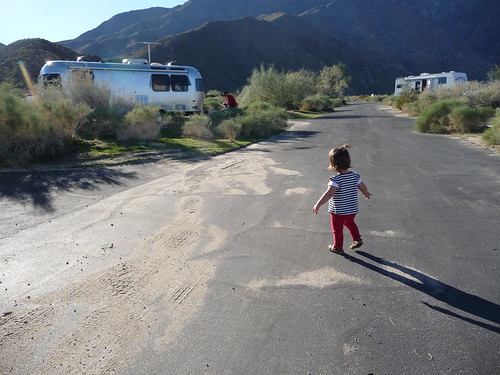 “Forget you all, I am going back to the Mish for a nap….”