Sunshine Key RV Resort is just outside of the very popular Bahia Honda State Park and a lot of people stay here while waiting for the walk-in sites to open up. Since we are only staying here for 3 days before moving on to Long Key, we didn’t really have the time to play campground roulette so we decided to check out Bahia Honda just for the afternoon on our last day here. 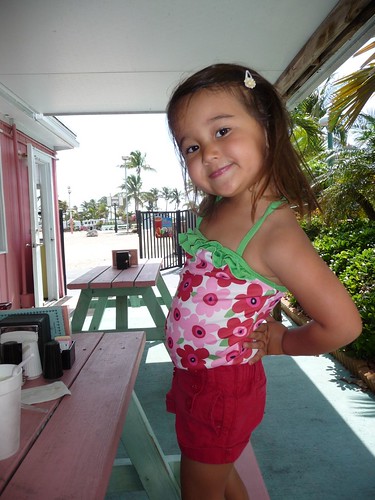 For lunch, we went by the little diner right next to the pool area for some burgers and sandwiches. Ava was pretty excited about it since the building and the tables outside of the diner are all painted pink. The food was decent and prices were reasonable even though the pizza we ordered looked like it might have spent some time in the freezer section of the nearby Publix. What did you expect? Hand tossed dough cooked in a wood fired brick oven?

When we got here a couple of days ago, we noticed that there were a lot of Airstreams here. We inquired about it during check-in and apparently there is a WBCCI rally going on here this weekend. We always feel like the bastard stepchild of the Airstream community when we stumble across a WBCCI rally since we deliberately decided to not join the club when we first were approached by them. Nothing against the people or the organization, we are just not rally people. We always travel with kids which means we have unpredictable schedules. We would just end up looking anti-social if we are unable to attend any of the events.

This rally probably had close to 30 to 40 attendees and some came with their Airstreams that you might not have expected to see. 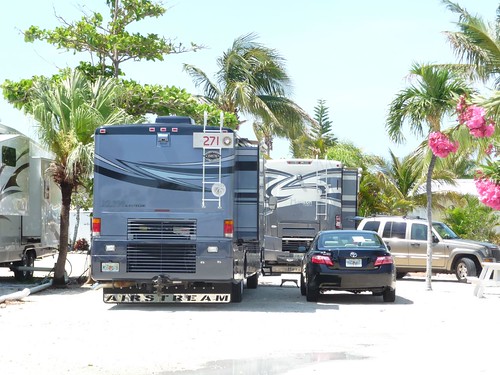 Like this massive Class A Airstream with dual slide outs. That’s right, that bus looking thing. 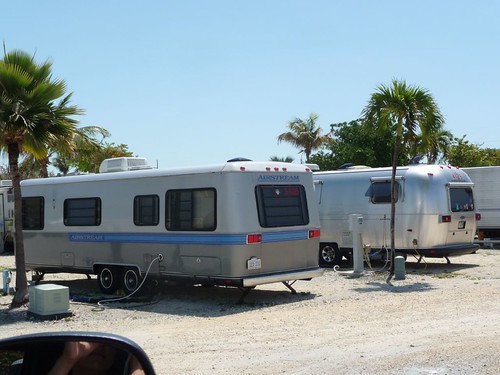 And this late 1980s era fiberglass model commonly referred to as the Squarestream. 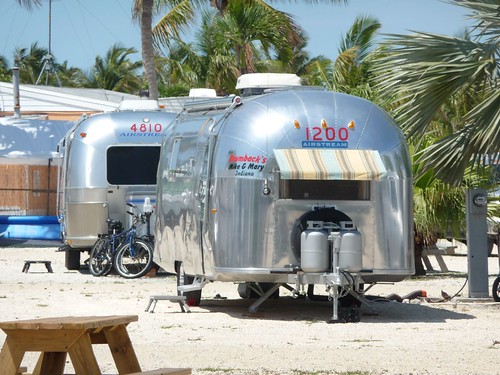 Of course there were the vintage polished variety as well as the late model Airstreams just behind it. 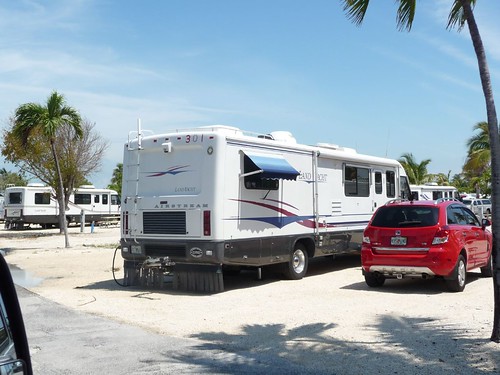 There were also a few more of these Class A Airstreams that were produced in the late 1990s and early 2000s. I guess technically they are Airstreams but something just doesn’t feel right when they are not made of aluminum. 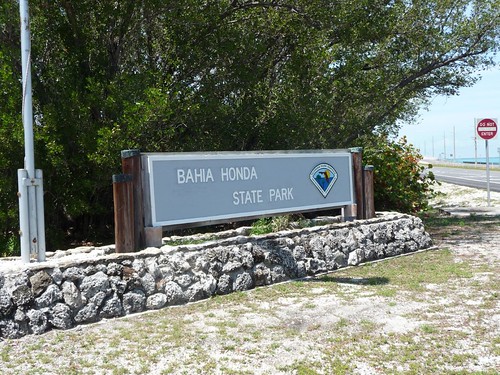 Enough of spying on other people’s RVs, lets go to the beach. 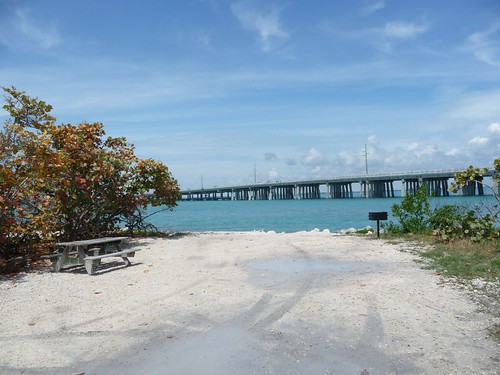 We first drove through the campground to see just exactly what we were missing and we came across a hand full of these ocean front sites. Actually only a small number of the sites at Bahia Honda were actually on the water but the fact that they have nice beaches within walking distance here is a big plus. 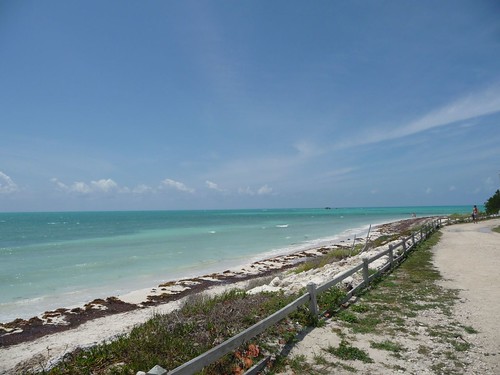 This is one of the beaches on the Atlantic side of the park. It was a little windy still so we decided to check out what the gulf side looked like. 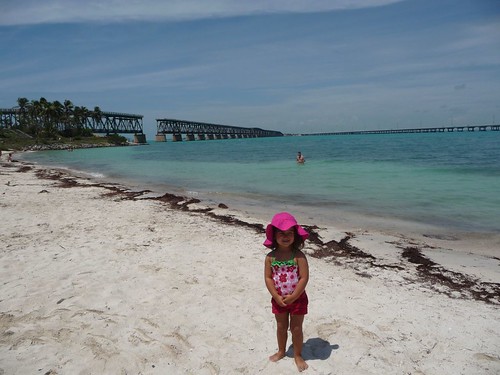 Ahhh, soft sand, warm water and beautiful weather, what could be better than this! 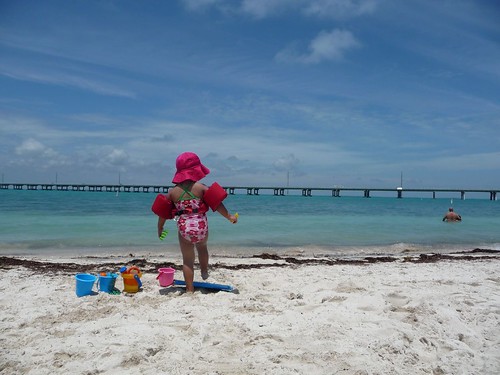 Ava could not wait to get her lady bug floaties on and head into the water for a little dip. Since we got down here to the keys, we have been looking forward to days like this. 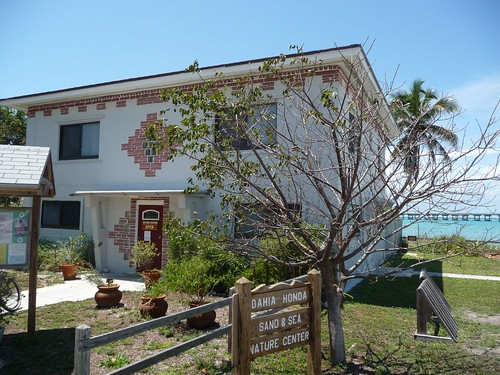 Right next to the beach, Bahia Honda has a little sand and sea nature center and we decided to take a look inside to get a break from the hot day. 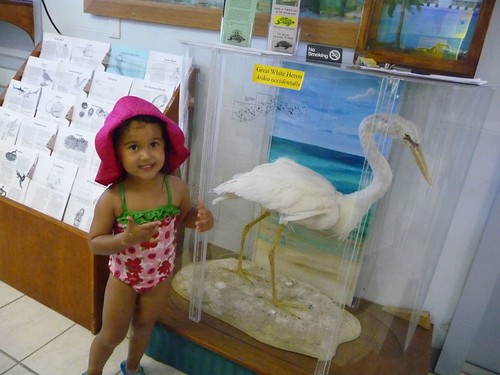 The inside of the nature center is not big but they sure had some big stuffed birds on display like this egret. 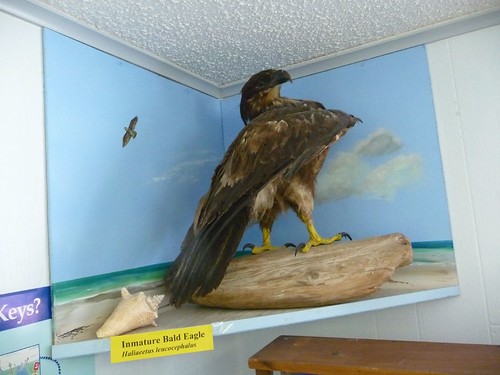 And even a young bald eagle. Well, at least he was young. 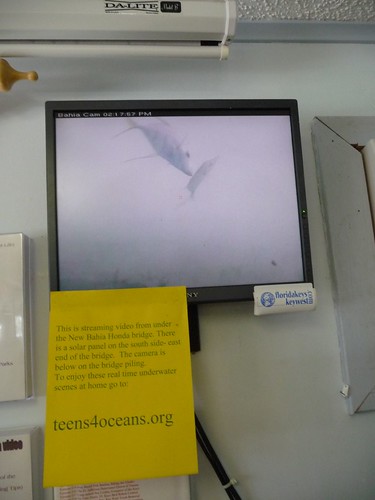 On the other side of the room, there is a monitor displaying a live stream from an underwater camera that the folks at teens4oceans.org installed at the bottom of the one of the bridge pilings. Today was apparently a murkier than usual day but we were still able to see a good amount of fish swimming past the camera.

We stayed at Bahia Honda until the late afternoon and eventually packed up our beach gear and headed back to Sunshine Key. Since it is our last day here, we wanted to make sure Ava got one more chance to take a dip in the pool before we left.

If might not be apparent in this picture, the pool today was a giant circus. Aside from it being well over the posted max capacity, there were teenagers chasing and wrestling one another to throw themselves into the pool. Their parents were chugging back one Heineken after another disregarding the multiple ‘no glass bottles allowed’ sign posted in every entrance. Every cabana looked like a fourth of July BBQ with people snacking away at all the junk food you can imagine. Well, we just wanted to get our feet in the water for a bit. They can deal with each other once we are gone. 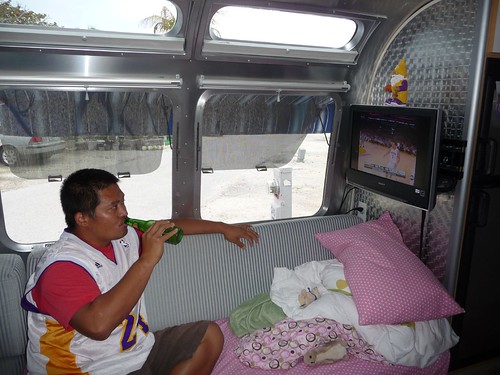 Back at Mali Mish, me and my Laker gnome got to cheer on our team in the first round of the NBA playoffs. 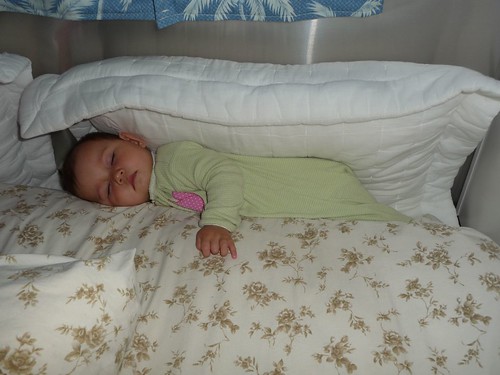 The gnome finally made an appearance! I am sure Marlene set that picture up. Either way glad the Lakers are in the playoffs and you actually get some of the games on the tube!