This little trip we are on started out with just a casual statement one of us made to the other probably in a lazy California afternoon: Let’s drive to Key West and come back. Many days and many more miles later, we can officially strike that one off of our list today. 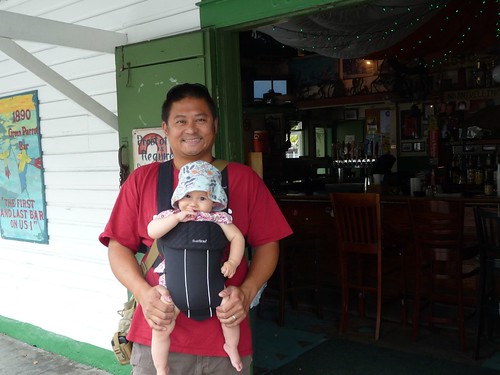 Sunshine Key RV Park is around Mile Marker 39 which means it is exactly 39 miles from the end of US Highway 1 in Key West Florida. It is the closest we are staying here in the keys. Did we mentioned that reservations were hard to get for us last minute travelers?

Key West is the southernmost city in all of continental United States and very popular tourist destination. One of the famous residents ever here in Key West was Ernest Hemingway who made it his winter home in the 1930s. Here I am in front of the Green Parrot Bar which has been in business since 1890. It is just a few blocks away from the Hemingway house and probably served the literary legend a few cocktails back in the day. 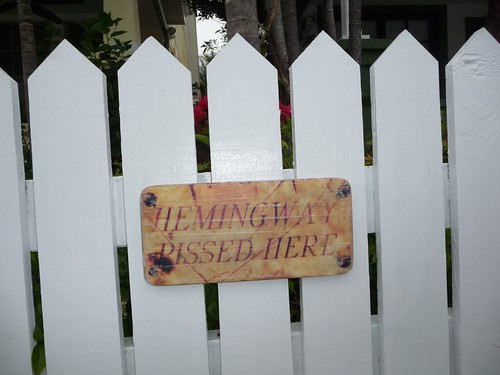 How do we know that? Well, this guy said so. Surely good ol’ Ernie must have had a lot to drink at the Green Parrot Bar for him to have to urinate at this white picket fence on his way home. 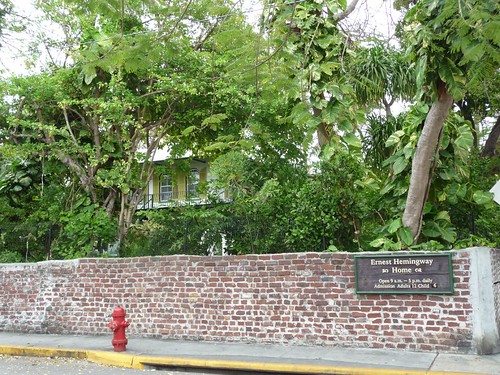 The Ernest Hemingway house is now designated as a privately operated museum open for daily guided tours. It’s not a huge property and not really much there to see but we decided to give it a whorl anyways. 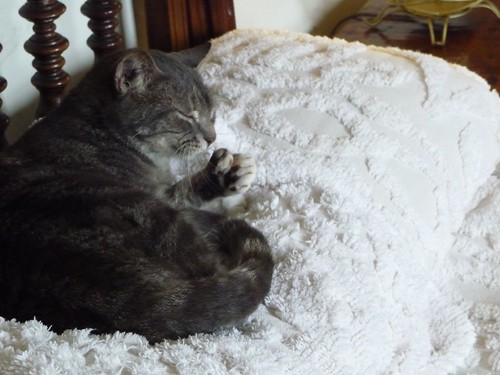 When Hemingway was living here in Key West, he was given a six-toed cat by a boat captain. Ever since then he was always fond of these genetically mutated felines. In his will, he stated that he wished for all of his cats on his Key West property to be cared for and they indeed are ’til this day.

There are 60 cats that currently live in the Hemingway house and about half of them are polydactyly. Some of them are direct descendants of the cats that Hemingway owned while he live here. 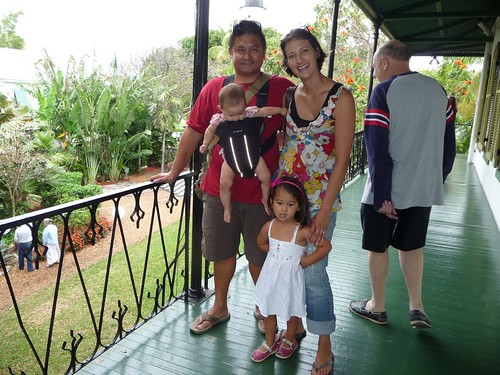 Here is the upstairs balcony of the house. We got a nice lady to take a little family photo of us but some dude decided to stroll by with his pale pencil legs and topsiders. Nice. 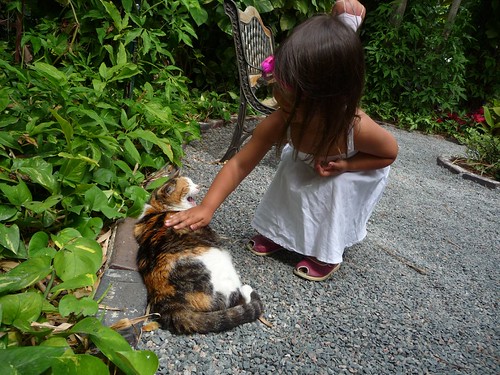 Ava was on a mission to pet each and every one of the 60 cats on the property. Luckily for her, these guys are all very friendly and comfortable with people since hundreds of people probably come through here weekly. 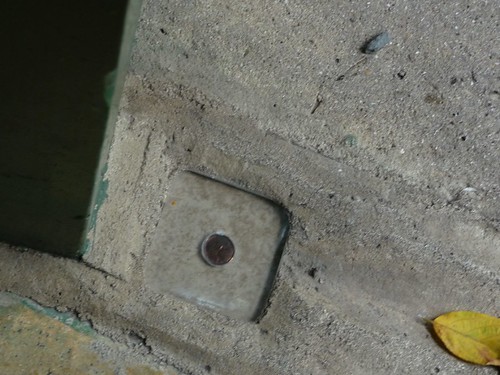 Cemented under plexiglass next to the only in-ground swimming pool in all of the fossilized coral reefs that is the Florida Keys, is a copper penny that Hemingway declared was his last and threw at his wife Pauline after he found out that she, in his absence, paid to have the pool built that cost twice as much as they originally bought the house for. 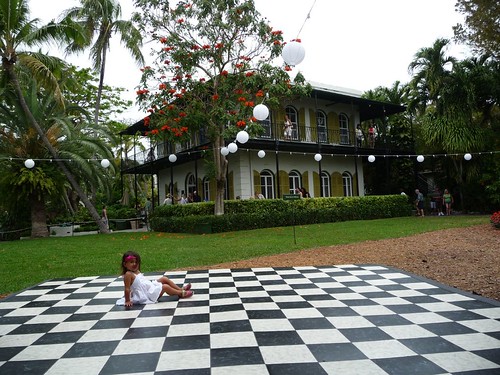 After running around the Hemingway property looking for all of his 6-toed cats, Ava decided to take a break on the checked outdoor dance floor. 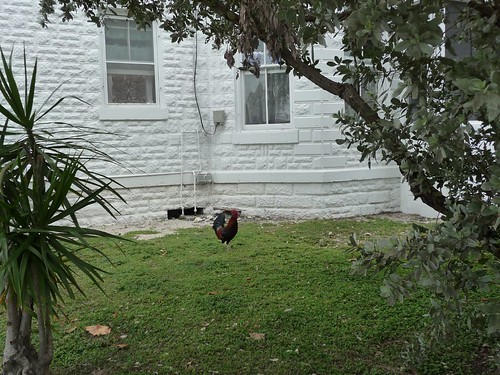 One of the interesting things you see all around Key West, is the wild chickens that run amok amongst this city. It must be tough to be hung over here with all of the cock-a-doodle-doo’s you have to endure in the morning. 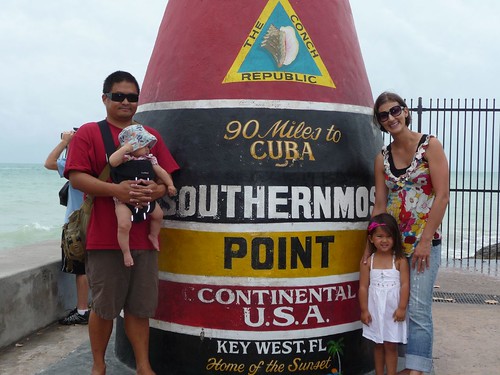 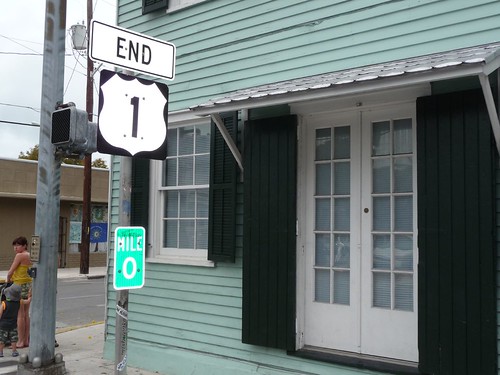 At the other end of the street, a less celebrate landmark sits quietly on the corner of the street with no tourist waiting to take photos with it. This is the Mile zero marker of the highway US-1.

Just a block over we walked to Duval street to look for a place to eat lunch. The community in Key West also go by a tongue-in-cheek moniker “The Conch Republic”. The celebrate a faux independence day each year on April 23rd which we were a few days early to witness. What we did see though was a a group of people setting up what is called The Great Conch Republic Drag Race that is part of the independence day celebration. Several blocks of Duval street was closed to host this event and let me just tell you that this drag race does not involve any gas guzzling V-8s or require the racers to wear any helmets. If you must know, click on the link above to find out for yourself 🙂

We stopped at a local sports bar for lunch call Jack Flats who had amazing food for great prices. Not having done any research on Key West eats before heading down here, we were just hoping not to get hosed like we did in South Beach Miami. Not only was the food great, Mila was inspired enough to set a personal milestone here by pulling herself up for the first time at the table. 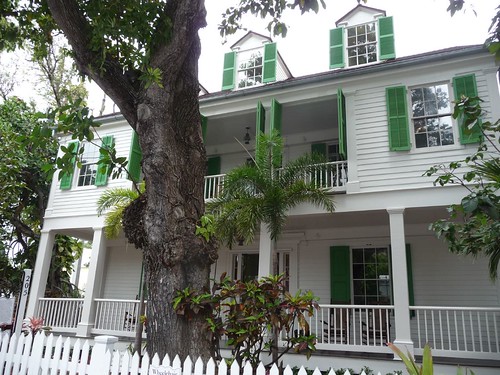 Part of having infants and toddlers while traveling is dealing with their nap schedule and willing to make compromises and sacrifices. Being a bit of a bird nut, Marlene had wanted to stop here at the Key West Audobon House but we decided it would be good enough this time to just drive by. 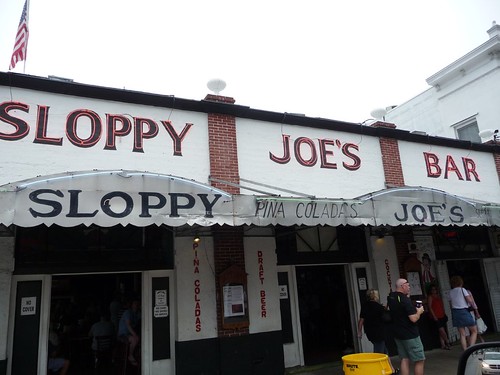 A cocktail at the famous Sloppy Joe’s Bar will also have to wait for another day. I guess we are now officially on our way home. 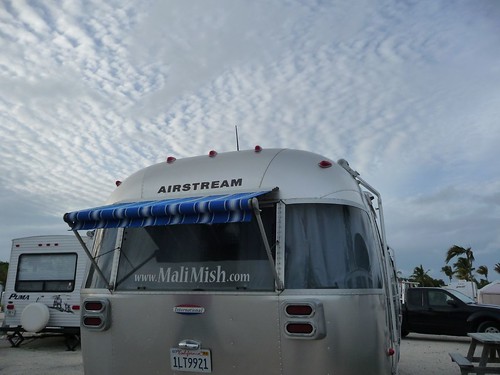