Heading into Las Vegas and the Mojave Desert.

We took the same route out of Page as we did last time we were there. Going north into Utah and meander along the Arizonia/Utah border all the way to St. George, Utah. We decided to stay the night at the Walmart while the Works continued on to Las Vegas. 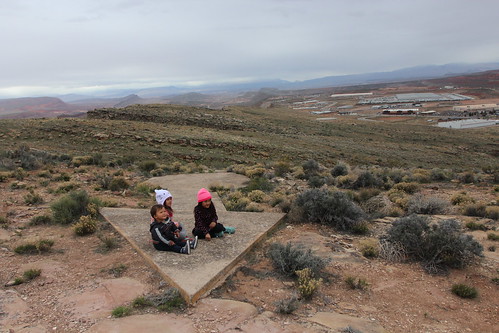 The reason why we wanted to stay is to check out one of these giant concrete arrows that are scattered across the country. We found out there there was one just above Quail Creek State Park so we made our way there the next morning to check it out. 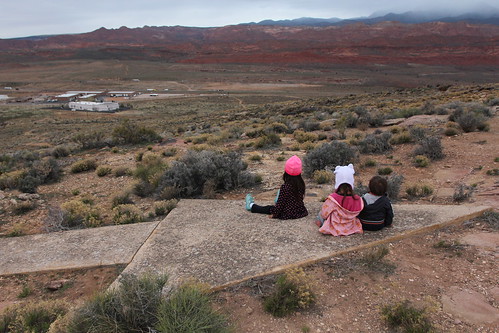 These arrows were used along with a lighted beacon to guide one of the first air mail services in the country. Before there were radars and radios, pilots flying from one country to another had to find these giant arrows in order to know they are flying the right route. 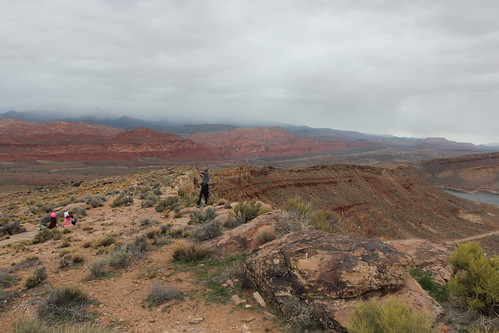 We had to park the Airstream pretty far down at the bottom of the hill and hike up here. The kids did an awesome job of keeping the complaining to a minimum. 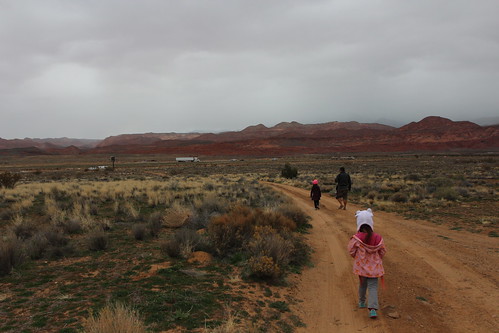 Although there might have been a slight ordeal when I insisted that we turn down this dirt road towards the location of the arrow so we wouldn’t have to walk as far. Someone in the car did not like that idea at all and decided to jump out. 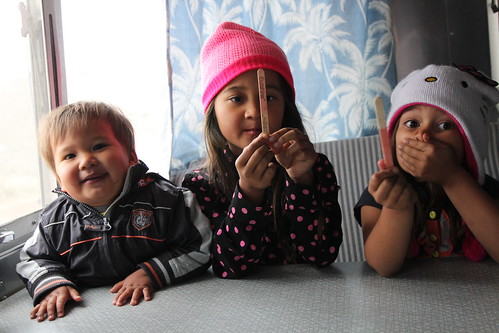 We eventually made it to Las Vegas and found ourselves back at Sam’s Town RV Park. This time it was much more crowded than during our previous visit at the end of last summer. 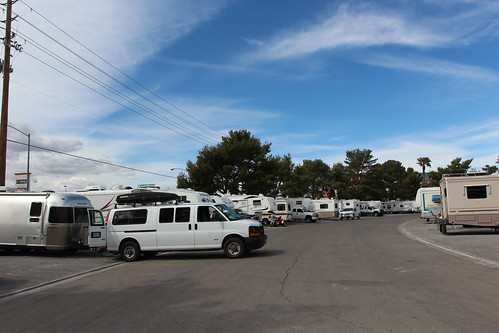 While we were in Arizona, Josh and I have been talking about getting a quadcopter with a GoPro so we can take aerial photos and videos of our adventures. I was not quite ready to pull the trigger on the purchase but Josh was on it. By the time we got to Vegas, he had found a reseller that was local that had one in stock. 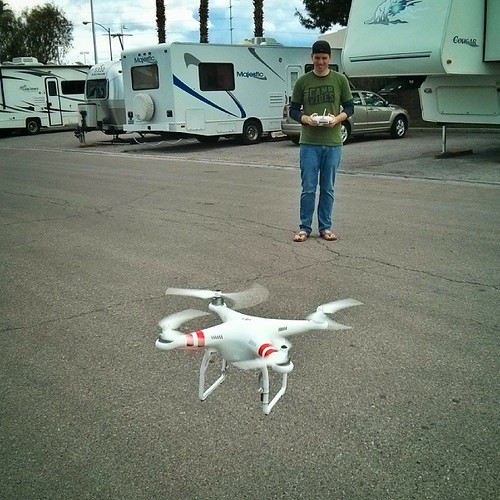 This thing is going to provide countless hours of fun. That is of course if it manages to stay intact. 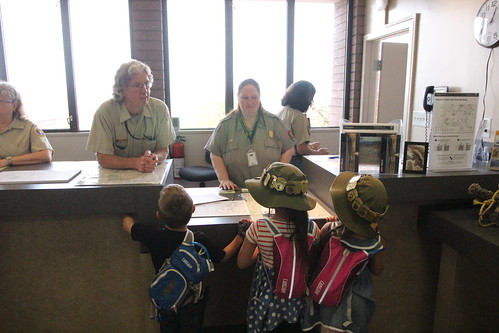 Even though we are in Vegas, that doesn’t mean our adventures are taking a back seat. As a matter of fact, we learned that Lake Mead actually has a Junior Ranger program. The rangers there were very excited to see all of the badges the girls had on their hats and made an announcement over the speakers when it was time for them to earn another one. 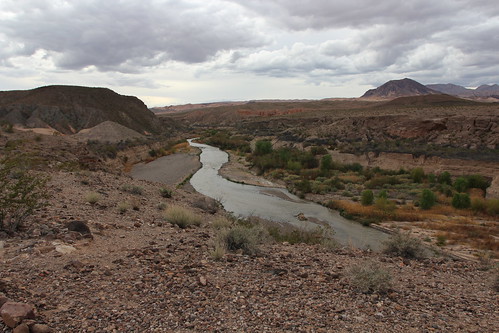 We drove a good part around the lake after the visitor center with the intention of finding a nice place to do a short hike. 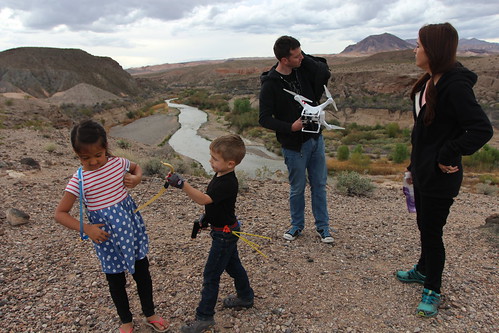 It was also an opportunity to give the quadcopter a little test flight in some wide open space. 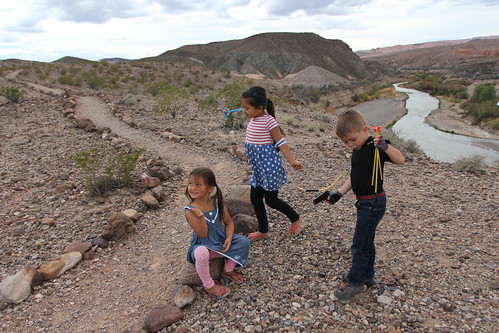 The videos of the flight turned out amazing. The GoPro takes fantastic photos and videos especially considering its size and the gimbal on the aircraft keeps the camera nice and vibration free for smooth videos. 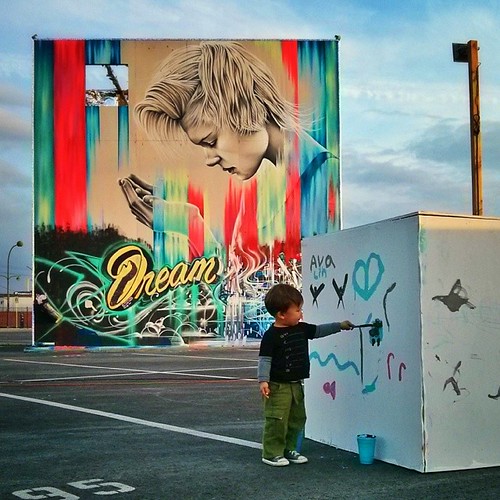 When we made it back to town, we headed into old town Las Vegas for a little visit with our friend Kristiana at Airstream2Go and also to see the progress of the downtown project. There are so many things going on here it literally changes on a weekly basis. 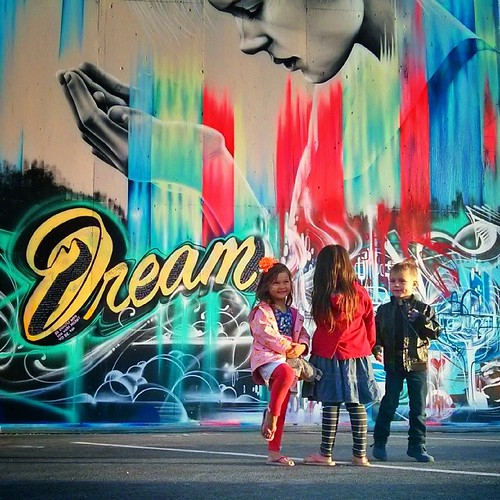 This is an art installation called the Life Cube. Artists and the public are invited to come paint on this structure and in a couple of weeks, it will be lit on fire right where it stands. 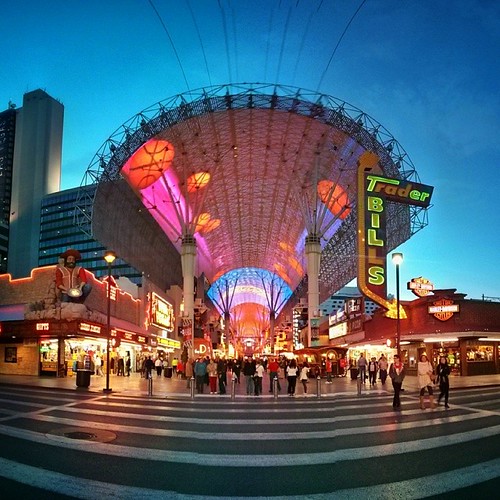 We stayed a few more days in Las Vegas and probably ate way too many buffets than any human should. 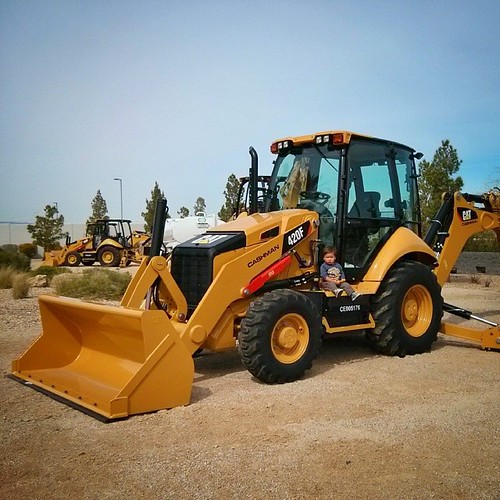 We even went to our favorite buffet at the M Hotel two days in a row. On the way back, we spotted this Caterpillar dealership and we could not help ourselves but to stop and let Luka sit and pose with all of them. 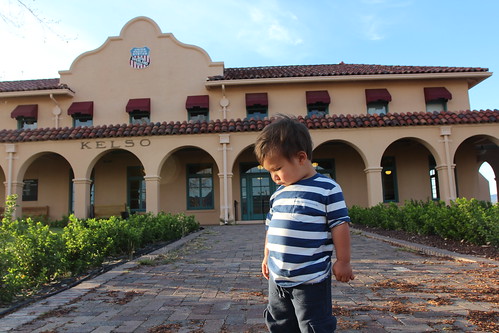 We finally hitched up and left Las Vegas and began heading towards California. Instead of going the usual route through Barstow, we decided to drive through Mojave National Preserve. This is another spot that is very close to where we are from but neither of us have ever been. 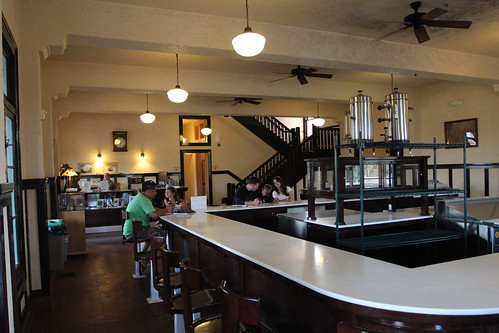 We made it to the Kelso visitor center just in time before they closed. This is the Kelso Depot. It was once an operational train depot with a lunch and coffee counter but now it is just used as a visitor center for the National Preserve. 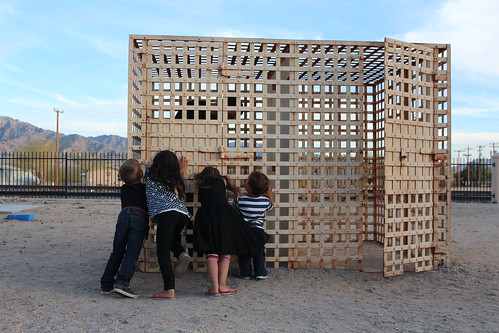 Outside of the visitor center sits this metal cage. We had no idea what it was until we read the sign next to it. This is actually the local drunk tank. People who lived here would be locked in this outdoor cage if they became belligerent after having too many libations. 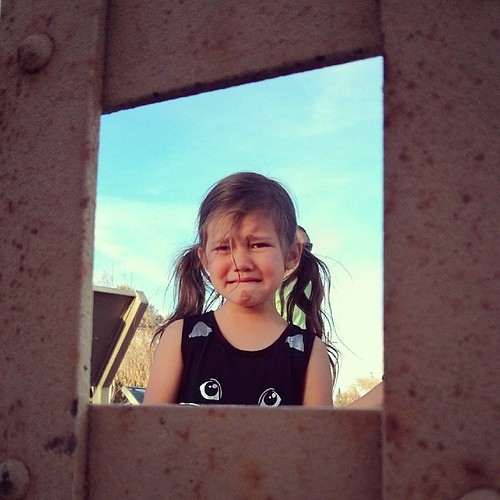 We took turns getting locked in there as a joke but when Marlene was in there, Mila did not think it was very funny. She needs her mama. 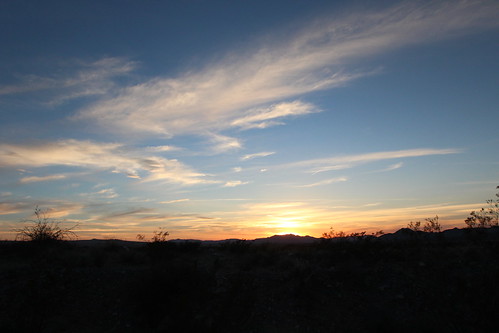 As we left the visitor center, the sun was beginning to set. We knew that we had to find a place to camp for the night so the ranger gave us some ideas before we left. 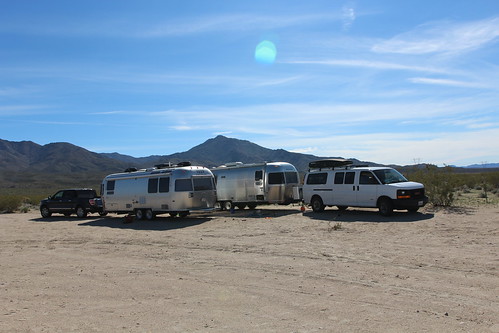 Just at the edge of the Kelso Dunes, we found a nice spot to boondock for the night. 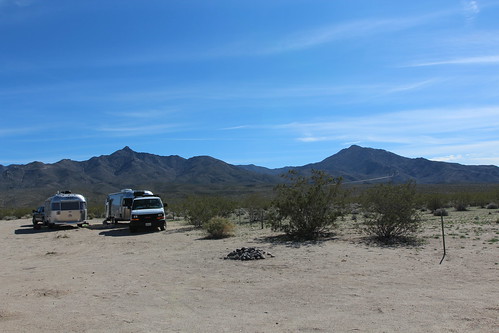 Even though most of Mojave National Preserve has little to no cell reception, we found that here we actually got pretty decent coverage when using the cradle booster. 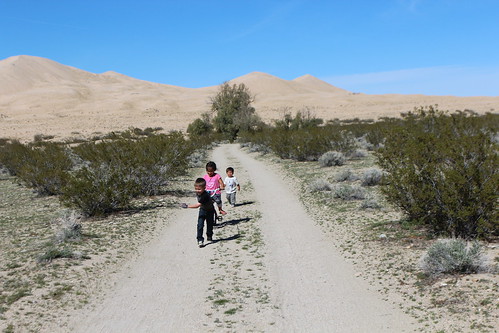 Our time with the Works will soon be winding to an end as we began making our way closer to southern California. They are headed to San Diego to catch a flight to Hawaii for a family trip. 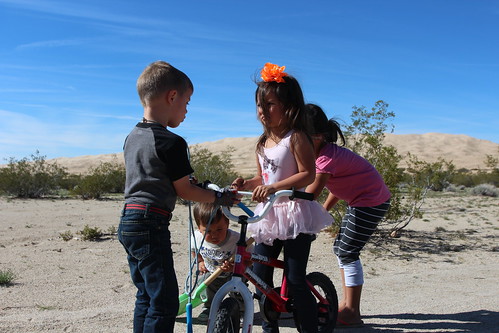 We will end up back in Los Angeles for a couple of weeks before heading to some of our favorite local spots. 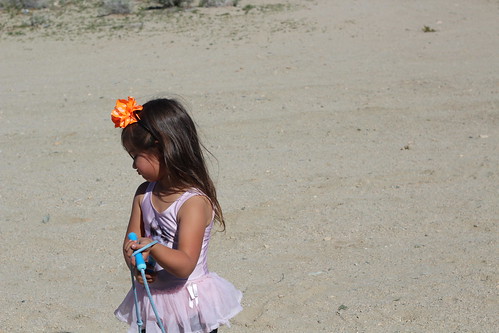 Before it is all over, we have one more stop to go. Joshua Tree is up next. 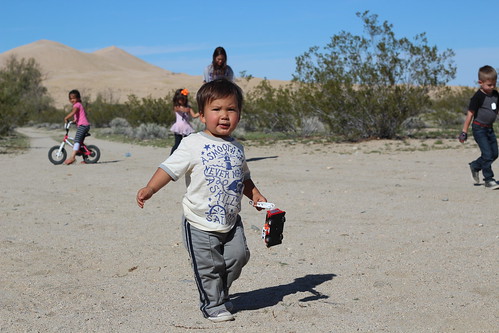