Leaving Tombstone meant that we were once again looking for a place to stay for a few days. I have to visit the office in Santa Barbara in a few days so we decided that eventually heading over the Phoenix was the way to go since they have direct flights. But we were not so eager to go to a big city yet. We first made a few stops along the eastern part of the state. 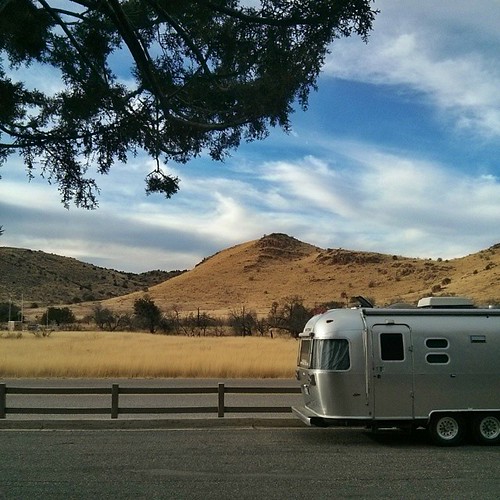 First stop was Chiricauhua National Monument. We were told by many people that it is not a good idea to tow the Airstream through there. Just at the bottom of the hill less than a mile into the entrance of the park, we were able to drop the Mish off for the day as we explored. 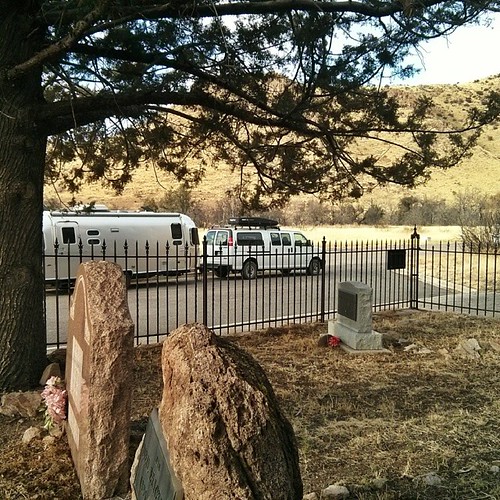 This little parking lot just happens to be the final resting place for a few of the original homesteaders Neil and Emma Erickson who emigrated from Sweden that lived in the area. Their homestead, The Faraway Ranch, is just up the road. 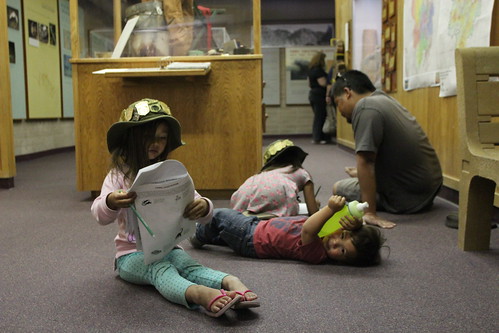 First stop was the visitors center. Two of these kids are busy earning their badges while the other one is doing God knows what. 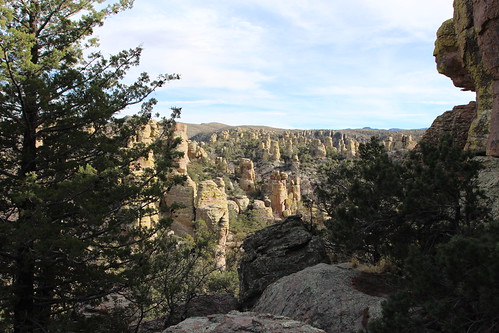 It is believed that these rock formations were formed by volcanic eruptions 27 million years ago. 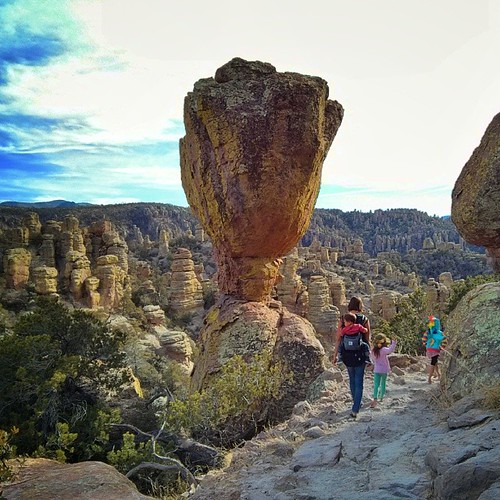 The landscape is really reminiscence of Bryce Canyon in southern Utah. This is called ‘Balance Rock’. I could have totally named this thing. Maybe I can get a job at the NPS. 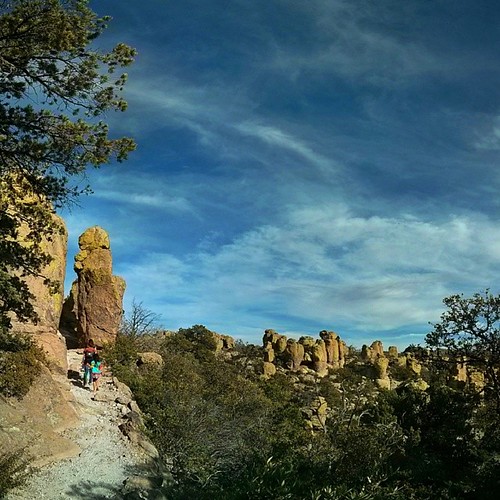 We took a little hike in a loop trail that took us to a place called ‘The Grotto’. 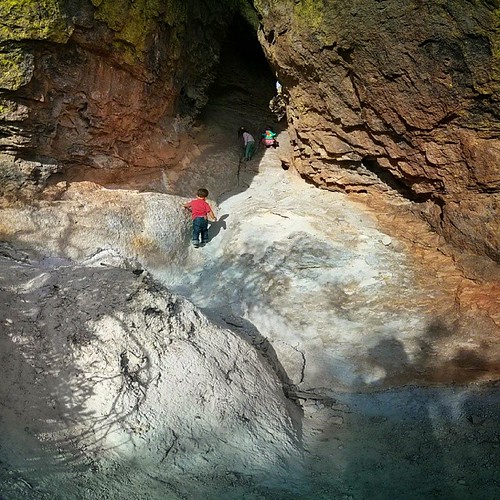 This place was like a playground for the girls. Maybe a little on the dangerous side for the hard charging Luka who has no fear but we all managed to survive. 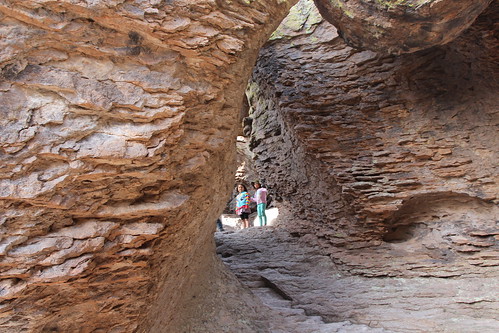 We did not end up staying the night at the Chiricahuas. We did drive through the campground and noticed the big dips along the campground loop. There are several spots where the Mish would have totally been scraping all the way across the road. 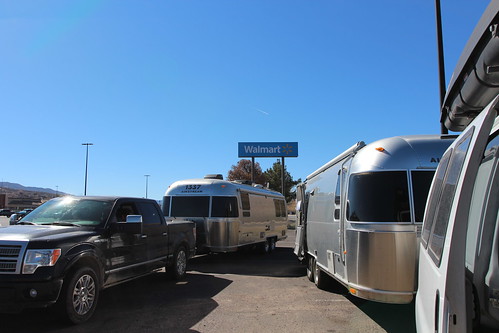 Instead, we started making our way towards Phoenix via Globe, Arizona. We knew that our friends Josh and Jessa just left Kansas for their 2014 trip and we rendezvous’ed with them at just about the same time after a full day of driving. As we pulled up after midnight in the Walmart in Globe, our Instagram friend Chris New whom we met just a couple of weeks ago at Salvation Mountain was also traveling through. Once again I have no photographic evidence of him but he really does exist. 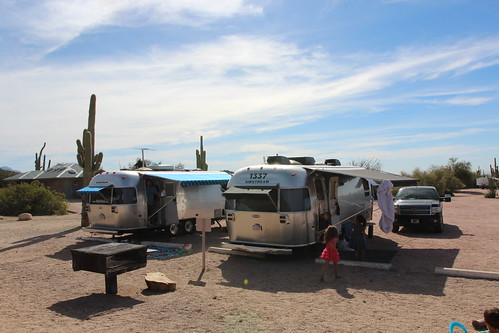 The next morning, we made our way into Phoenix where we will be hanging out for a few days. We arrived at Usery County Park where our friend Kyle has practically made it his residence for the last 4 months. Usery and many other Phoenix area county parks are notoriously difficult to get reservations at this time of year. Even though there is a max limit on how long each camper can stay, there is no restriction that requires them to leave the campground. So Kyle and everyone else who has been here since the start of winter have just been playing a giant game of RV round robin in the park. 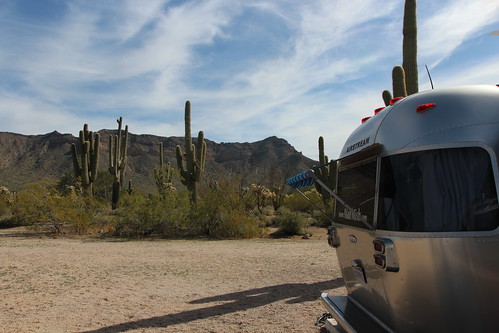 It’s no big deal for us. We are actually quite content here at the overflow area. 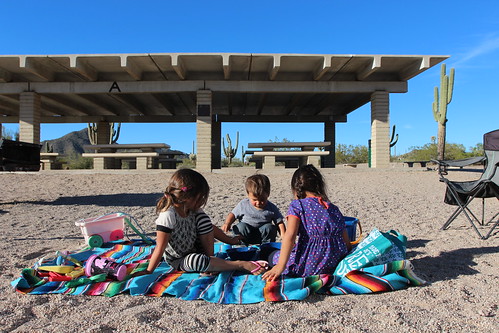 Even though there are no hookups, there is a giant picnic area with tables and 20 amp outlets. In a pinch you could ‘secretly’ plug into one of those for a movie night in the Mish. I am not saying we did that because it was explicitly against the rules. 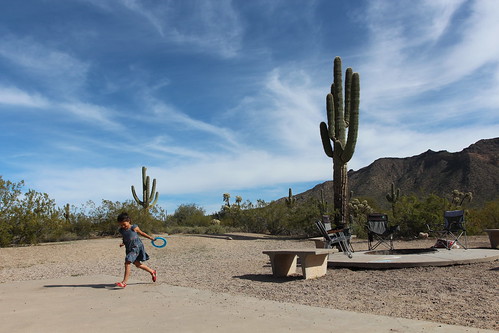 The kids are super excited to have Jack around again for the next couple of weeks as we explore together. 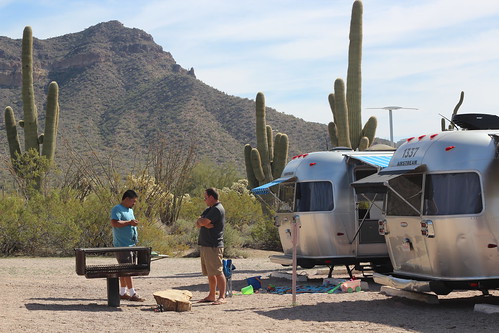 We tried to talk Kyle into moving his Airstream next to us but he just could not quite give up the good life to slum it with us. After all, once you stop playing the round robin game, you are out. 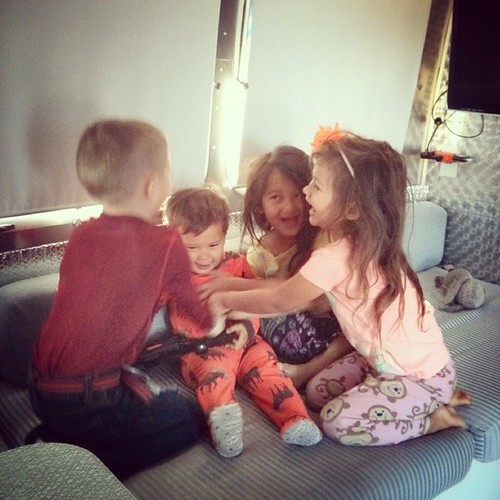 Our stay here serves another purpose for me since I will be taking a flight to Santa Barbara for a couple of days for work. As much as I hated being away from family and friends, I would also hate to lose my job that supports this lifestyle. 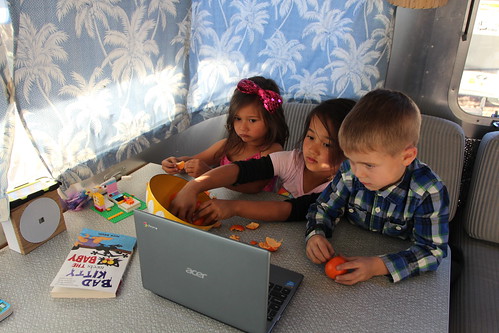 At least I know they will be entertained and looked after by good friends while I am gone. 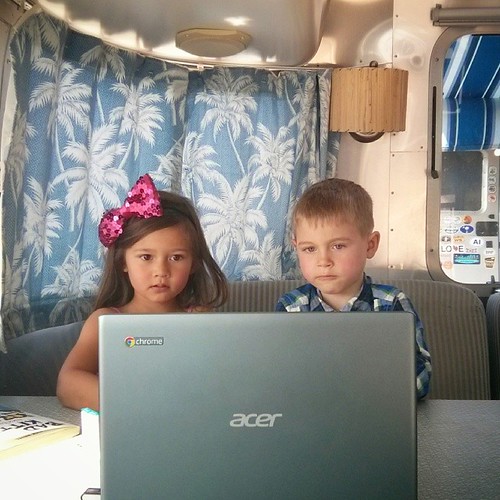 This is their time to play hard. 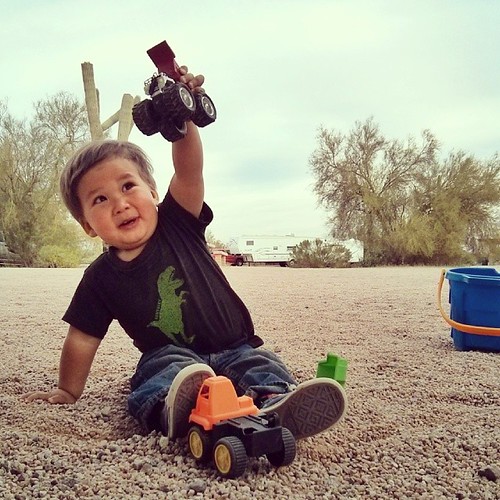 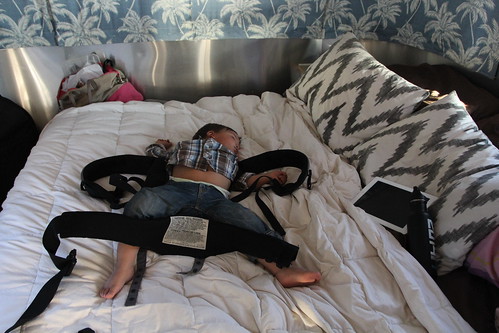 During this loop around Arizona we have spent a lot of time with Brian and Leigh of Aluminarium. Even though we left them when we parted ways in Tombstone, they are actually coming through Phoenix while we are here. We got to spend one more night with them and even got them to agree to end their 2014 free camping streak with a night here at Usery overflow. To be fair to me, I did offer to pay for their night so they could have kept the streak going a little longer. 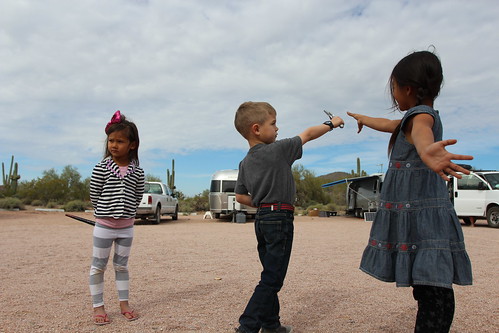 We also got the chance to meet up with Kelly and Mike of Follow the Tumbleweed. The spent the afternoon with us with their two pups, Sam and Scout. And must say that they have the most well behaved dogs I have ever met! 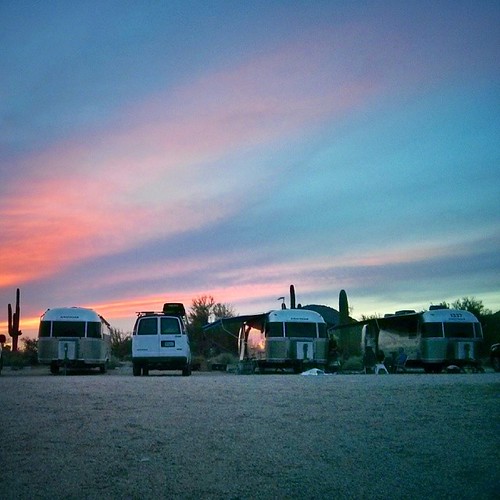 After I got back from my work trip, we hitched up once again and for the last few legs of this journey through the southwest. Next stop, Flagstaff.