After we left Anza Borrego, we spent a couple of days in Santa Barbara for work and headed back out to the southwest again. This time, we will be doing a pretty big loop through Arizona. First stop, Yuma. 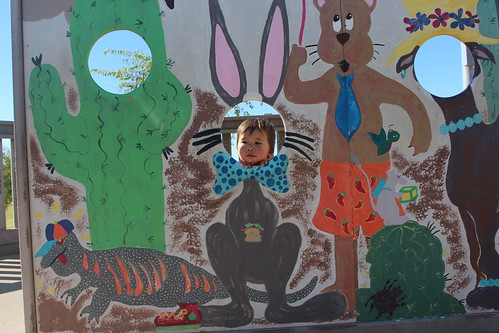 We had heard that there is a pretty cool playground in Yuma so we decided to check it out after spending the night at the Cracker Barrel. 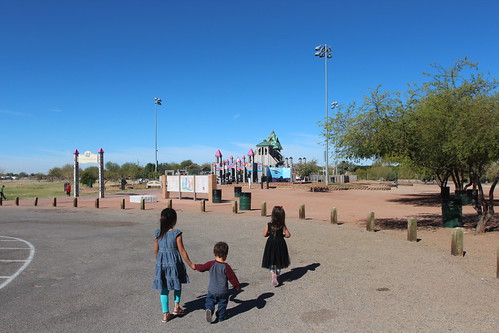 It turned out to be kind of a dud. But you will never hear the kids complain about a day at the playground. I got to get some work done in the parking lot while Marlene and the kids played. It is a win-win either way you look at it. 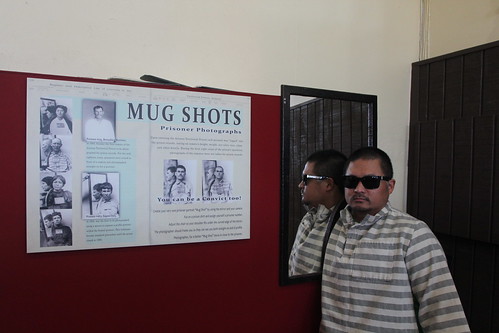 We stopped again at the Yuma Territorial Prison. We had visited here before in 2008 when we just had Ava. Now that they are bigger, they will definitely enjoy seeing an old jail. 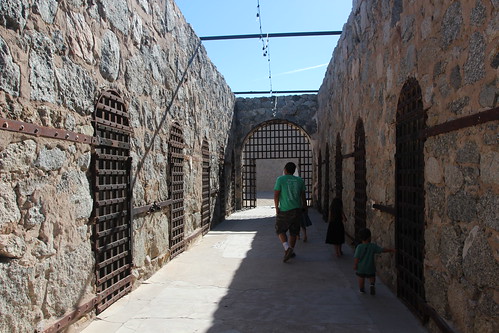 This prison first opened in 1875 and its inmates included train robbers and gunslingers of the old west. 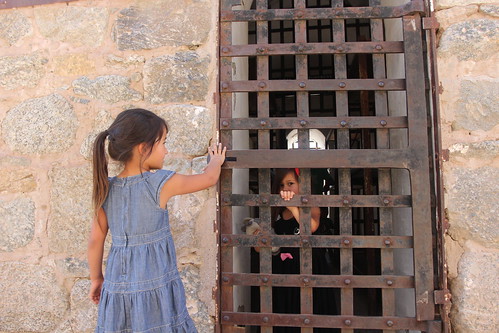 After it closed in 1909, it was used as a high school. If I remember correctly, high school was kind of like a prison. 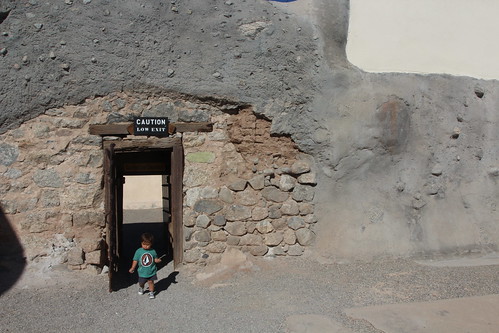 The high school’s mascot was the ‘Crims’. That is short for ‘Criminals’. I know, awesome right? 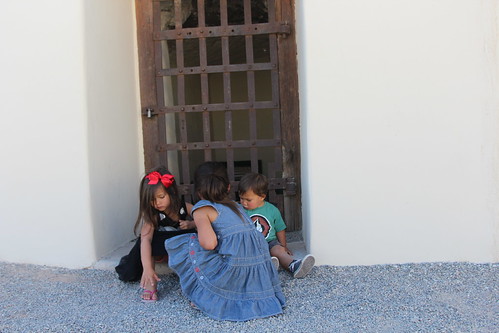 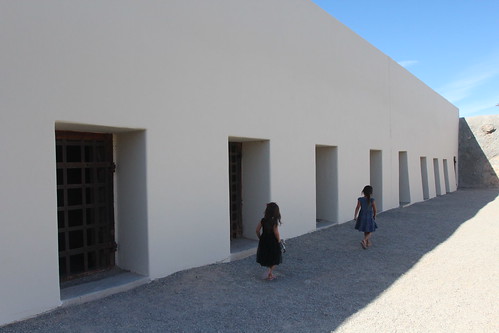 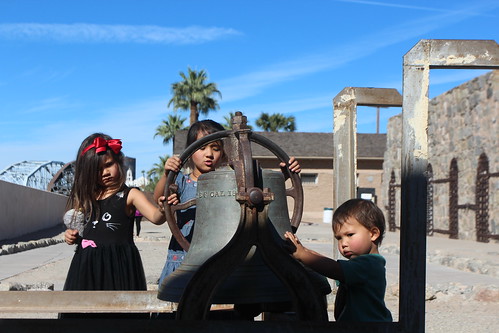 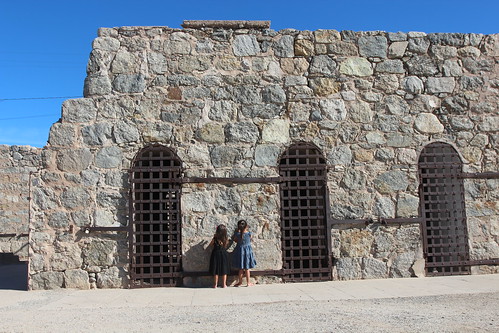 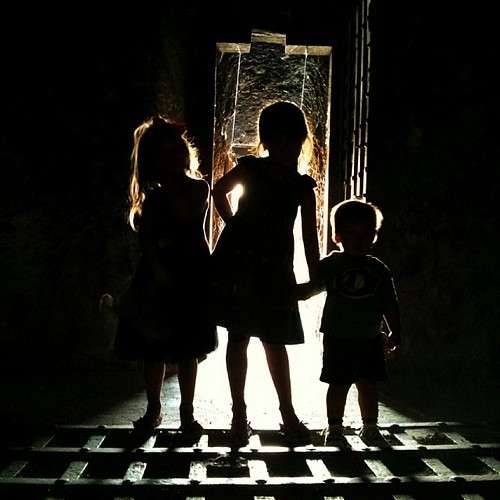 After we left Yuma, we headed east on Interstate 8 and made our way for the night at the Walmart just outside of Casa Grande Ruins National Monument. 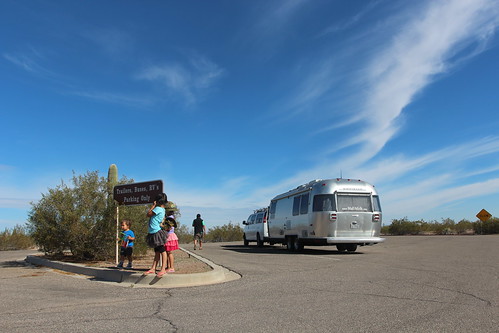 Casa Grande is the ‘Great House’ built roughly 650 years ago by the Sonoran desert people. No one is certain why such a large structure was built but several theories exist. 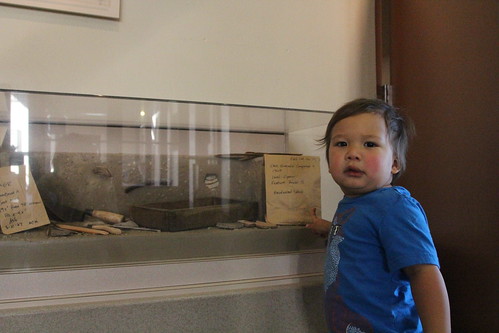 While we sat and learned about the ancient Puebloan people that once built irrigation canals here, Luka did not want to sit still. As usual, Marlene leaves with him during the video because he was being too loud. Clearly he needed a nap as he was pointing at the excavation tools and crying for french fries and ketchup. 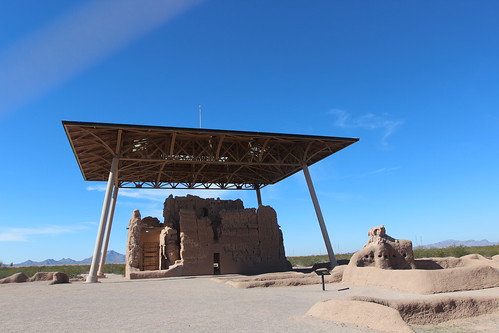 Casa Grande is the largest structure found at this ancient settlement. Over the years it has been deteriorating under the harsh weather conditions of the desert. 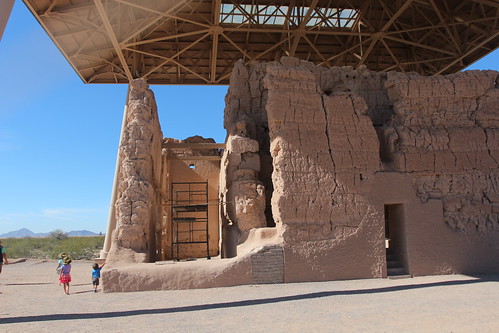 A metal canopy was built to help preserve the building in 1932. 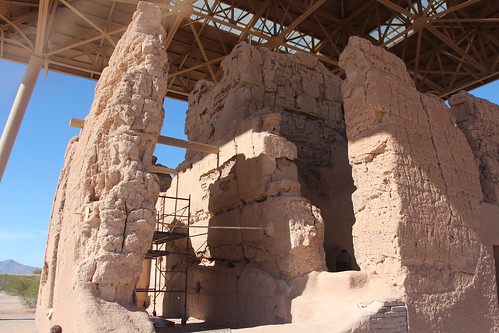 650 years after the last residents abandoned this building for unknown reasons, work continues to be done in order to keep the walls from toppling into themselves. 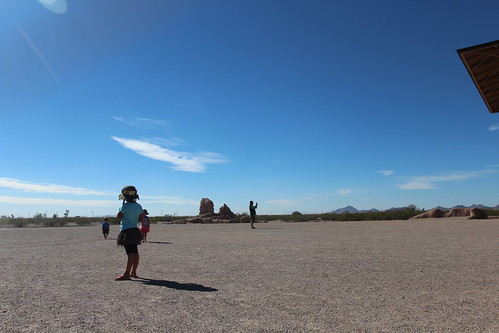 The girls were pretty excited to get back on the Junior Ranger wagon and earned themselves another badge. 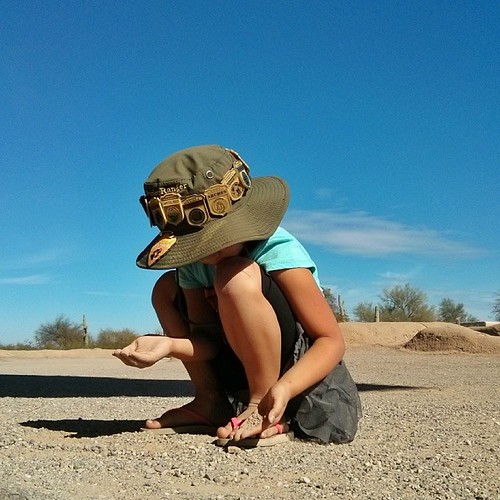 Later that day, we overheard Ava muttering to herself at dinner, “I have a happy life.” As a parent, we could not feel better about the life we are attempting to create for them. 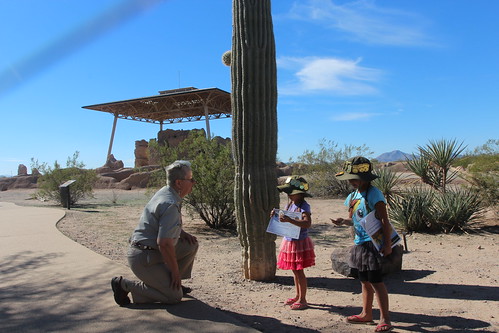 One more badge in the bag. Lots more to go.

It looks like you are not only giving the kids a happy life, but also remembering to enjoying it yourself.

I like following you adventures 🙂
– and the “shadow” picture with the children is a keeper.

Thank you! And yes, we are enjoying it also 🙂

Love your blog and other social media! Just curious, do you run your generator while camping at Wal-Mart? Thank you!

We only run our generator when solar is not enough, but never at a Walmart.

Love your blog and other social media! Just curious, do you run your generator while camping at Wal-Mart? Thanks!

Love your blog and pics! Thanks for letting us tag along! 🙂