The drive from Kelowna to Glacier National Park is about a 150-mile drive. Though not necessarily a long one, it takes some coordination for a bunch of Americans, most of whom have never towed a trailer in Canada before. 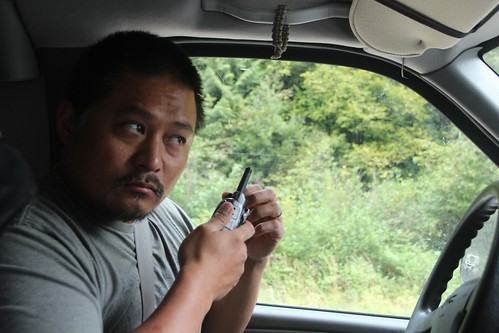 The fact that none of us decided to get a Canadian phone also made communications interesting. Of course most of us have phones that would actually work here on roaming mode. We have heard horror stories about massive roaming fees which made all of us promptly enable airplane mode that turned our devices from the future into gorilla glass covered paperweights. Our primary form of communication was walkie talkies. They worked beautifully in keeping each other in the loop as to who needed to stop for gas or potty break and who was traveling in which groups of caravans. 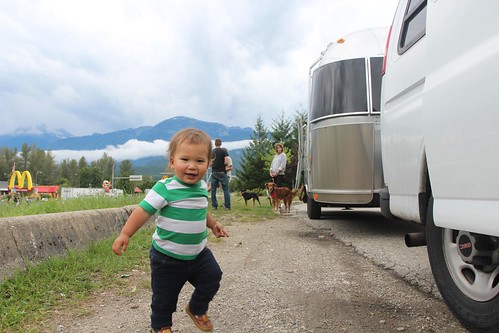 We found ourselves taking a break at Revelstoke just about a half an hours drive shy of our destination. 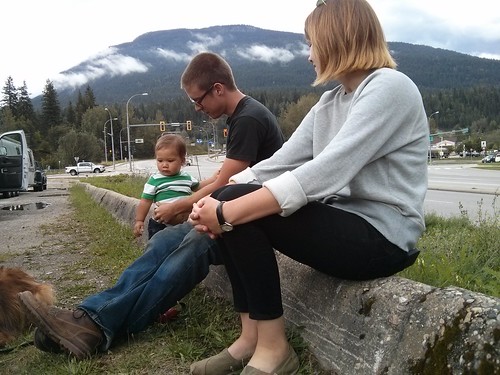 John and Laura from The Democratic Travelers who are the youngest of the group got to spend a little quality time with Luka, who is officially the baby of the group by a couple of months. 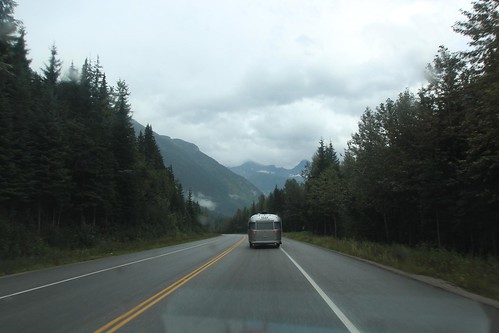 We waited in the parking lot of a gas station at Revelstoke for a short time with The Democratic Travelers and the Zimmermans for Josh and Jessa to arrive who had taken a lunch break at a Subway at another town. Once our caravan was complete, we made the last push to Glacier National Park. 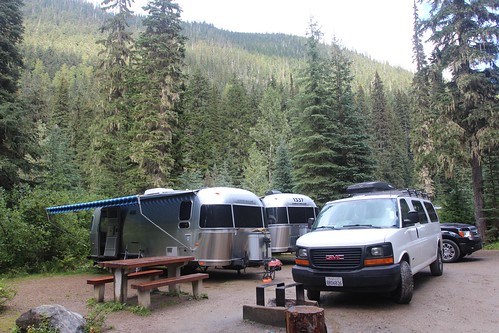 The park’s campground is right next to a rushing river and is first-come, first-serve. As the last to get there, we shared a large site with the Works that is not riverfront. That is fine with us as the last thing we need is one of our kids to wash away. 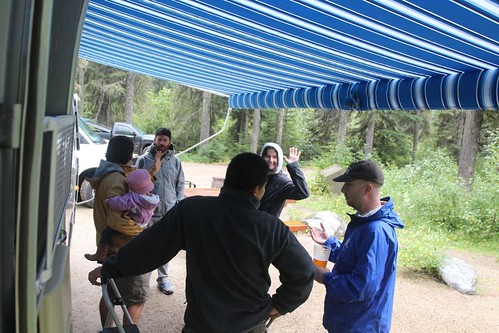 Unlike Kelowna, it is starting to get a little chilly here. 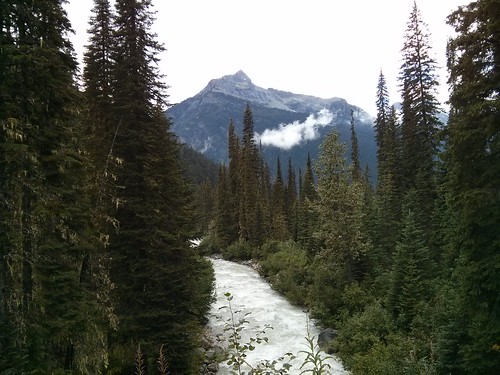 Our the first day, we got the entire group together and took a short hike to scope out the beautiful surroundings we found ourselves in. 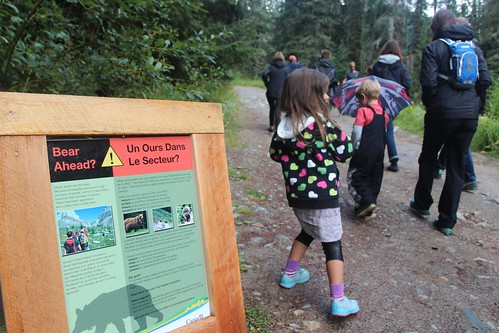 Oh, did I mention there are lots of brown bears around here? Yeah. Actually you are not allowed to walk in groups less than 4 because of how dangerous it can be to startle one. 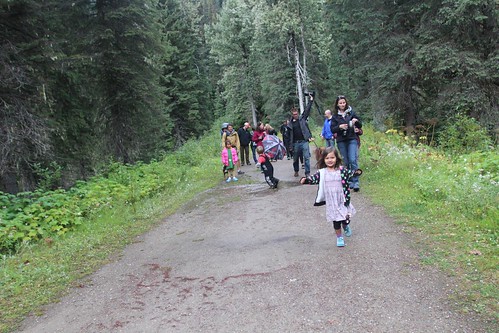 There will be no startling a bear while these kids are around. Only a deaf bear won’t hear them coming from a mile away. 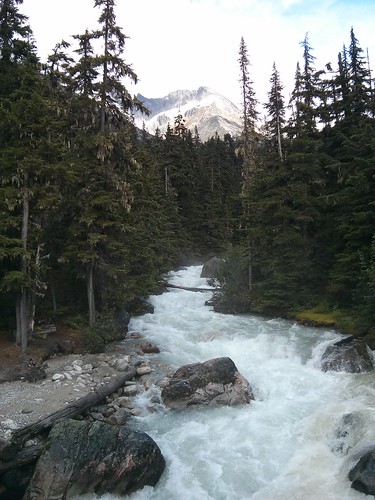 The short hike took us to a place called ‘Meeting of the Waters’. 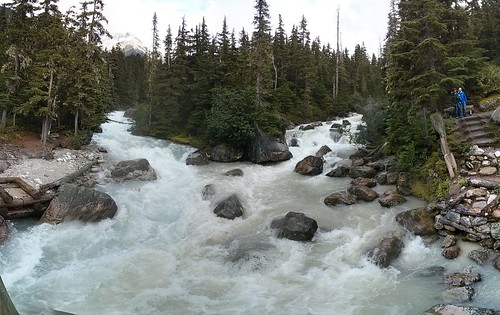 No, it’s not where Deke and Tiffani Waters of Weaselmouth met. It is literally a confluence of two rivers. 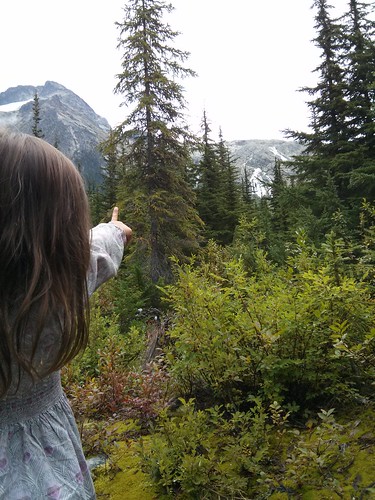 You see that? That is a glacier. For us Californians, it is a big deal. 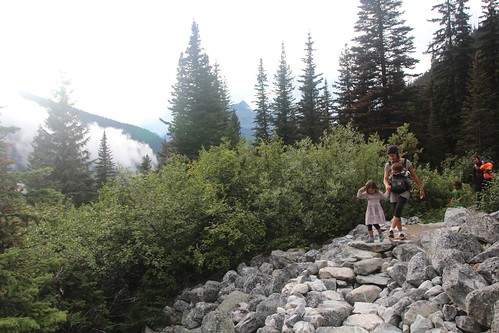 Half of the group headed back to camp, but we headed to keep going and took a much longer hike. If you have been reading our blog for some time, you might know that we don’t do a whole lot of them since there is always a kid who is too little to walk on their own. Ava has gotten to the age where she can endure a couple of miles worth of hiking but Mila is no where near. Thanks to Josh and Jessa, they gave us their old child carrier backpack so she got to come along with the trip on my back. 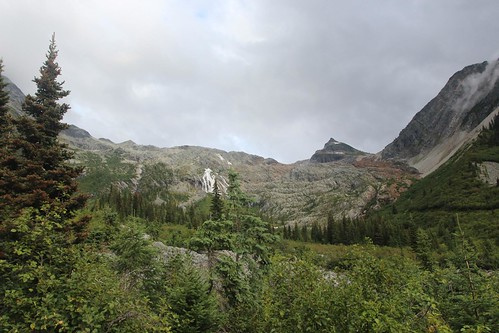 Our hike took us through some pretty dense forest and eventually out to a clearing full of large rocks. In the distance, we can see water rushing down the side of the mountain. 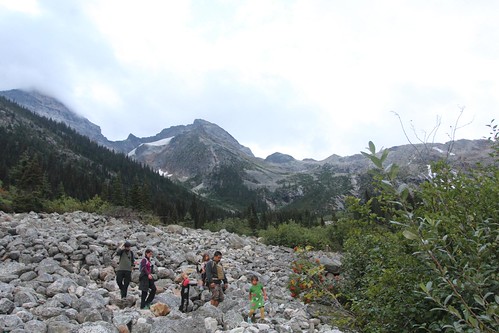 You can actually hike right up beyond the water and to the edge of the glaciers but our trip will end right here. With 40 lbs on my back and Ava starting to fade in her strengths, we decided to make our way back before some serious whining started. 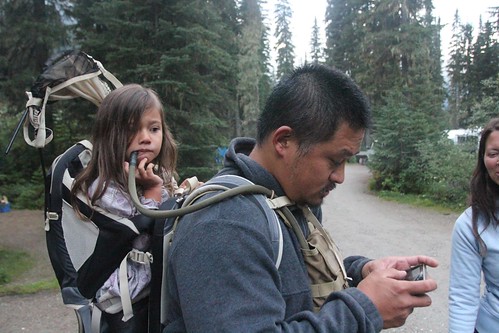 Sure Mila, have some water. I am sure you are tired from sitting back there all day. 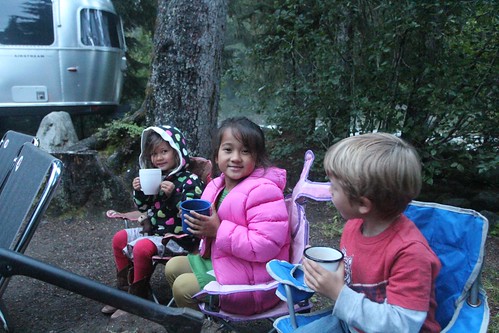 There’s nothing quite as good as a warm cup of hot chocolate after a day in the woods. 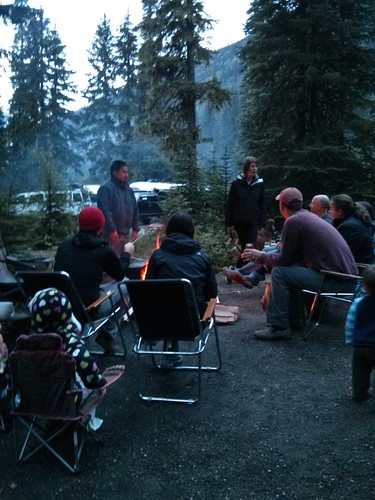 One of the really cool things about all of the Canadian national parks is that you can take all the firewood you wish to burn for a single fee. A shed in the middle of the campground is stocked daily with piles and piles of wood which meant that our camp fire will never need to go out. 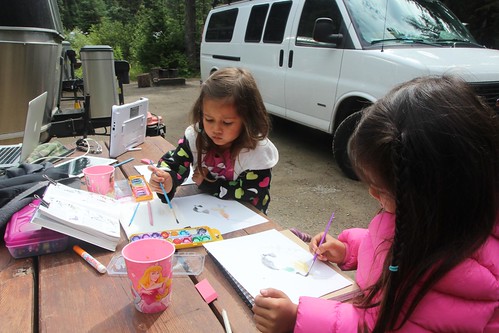 Inspired by the beautiful environment we found ourselves in, the girls decided to make a little watercolor painting of local wild life. 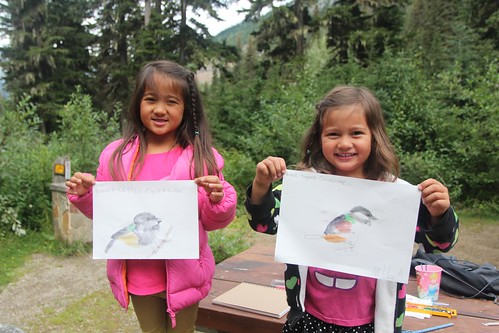 Bird-nerd Marlene let them pick a bird from her birding book and I was pretty impressed with how they turned out. 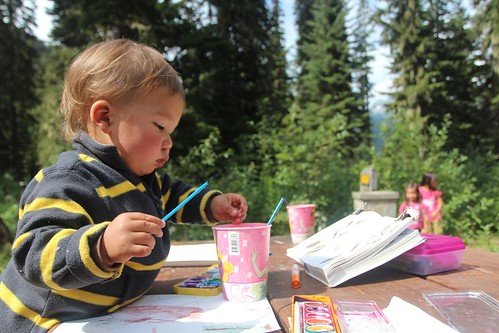 Luka just wanted to drink the dirty wash water in the cup. 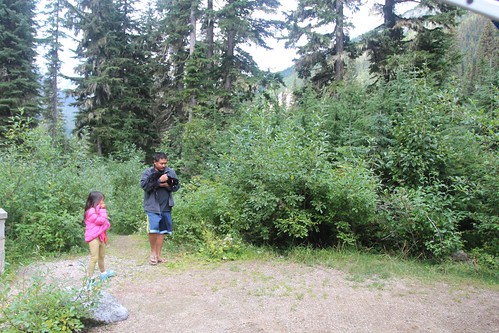 Of all of the places we have been to, our cat Yoda has mostly stayed inside the trailer. Occasionally she would timidly crawl down the steps of the Airstream for new view but for some reason she decided this was the place to step up her game. She started to wander away from the trailer while the door was open and if we had not noticed, she would certainly have been bear lunch at some point. 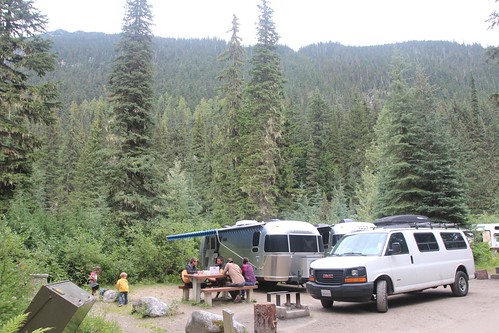 Our two nights stay here were pretty unforgettable but we must keep moving to make our reservations at Banff National Park. 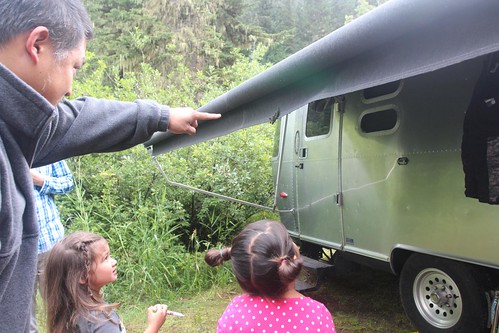 As we were packing up to move out, Josh noticed a little hitchhiker on the edge of his awning. 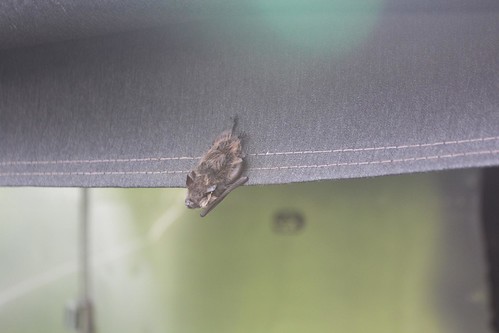 They don’t really know how and when this guy got here but from the looks of it, he has seen better days. Unfortunately this will be the end of his road. There are definitely worst places to spend an eternity. 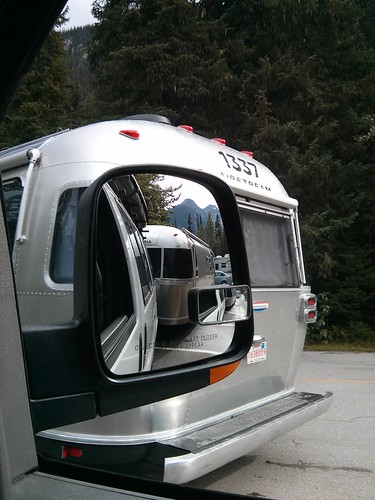 Off to Banff Alberta!