Our campground at the Colorado State Park of Fruita is directly adjacent to the Dinosuar Museum. The girls have been excited about going to a museum on this trip and today we are finally getting a chance to do just that. 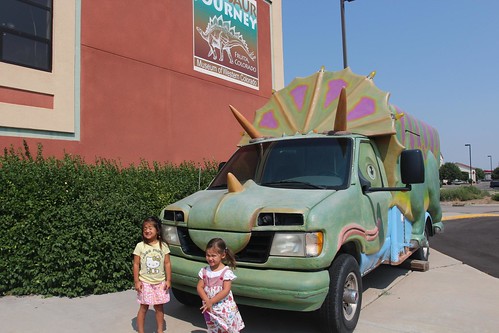 This area in western Colorado is well known for its abundance of dinosaur fossils. 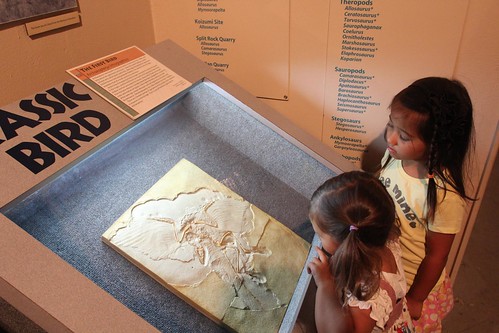 In 1900, a paleontologist from Chicago named Elmer Riggs found the first skeleton of a Brachiosaurus altithorax right against the hillside at what is now known as Dinosaur Hill. These herbivores are known to be one of the biggest dinosaurs to have ever roamed the planet. 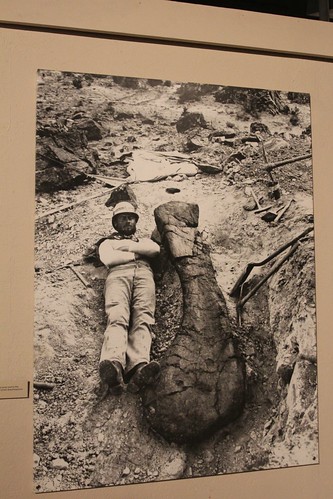 There were other dinosaurs found here as well such as this Aptosaurus (aka Brontosaurus) whose leg bone fossil is compared to one of Elmer Riggs’ assistants. Nearly two-thirds of the complete skeleton was excavated from the grounds right here. 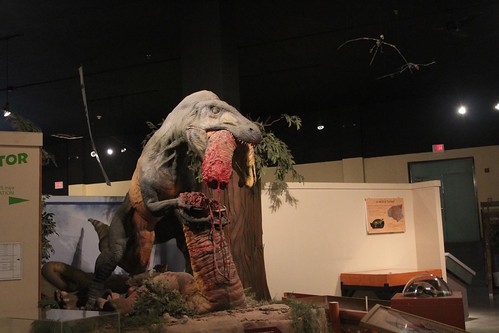 I know what you are thinking, ‘Wow, what a great educational opportunity for the girls!’. Well, yeah, except these life-size reconstructions scared the crap out of both of them. Each dinosaur display also had a button near it that would make the dinosaur move and growl… which all the other kids loved to press. But not ours. 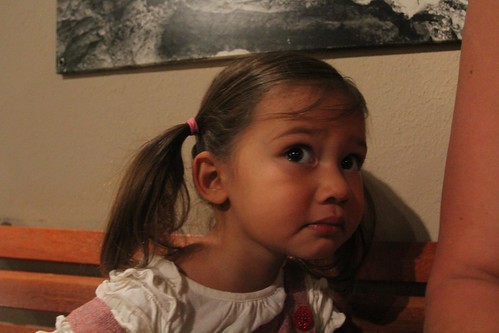 Mila was especially scared at all of the scary monsters in this place. Elmer who? 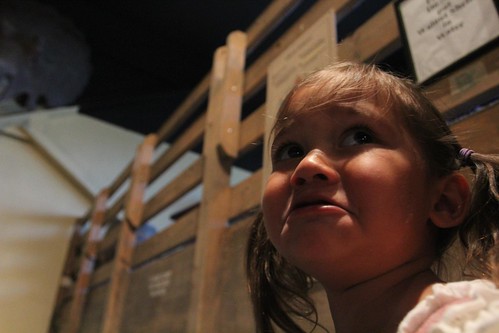 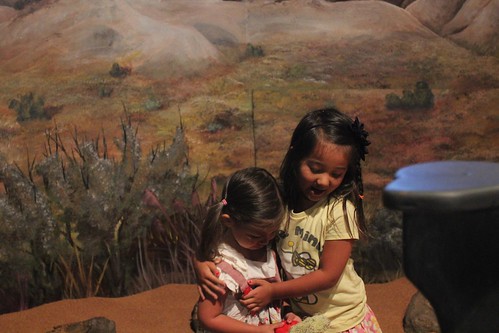 Ava was doing a little bit better with it and tried to make her little sister feel better. 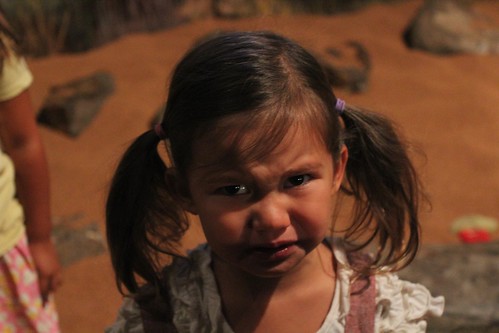 But it didn’t work too well. We will be lucky if she doesn’t have dinosaur nightmares tonight. 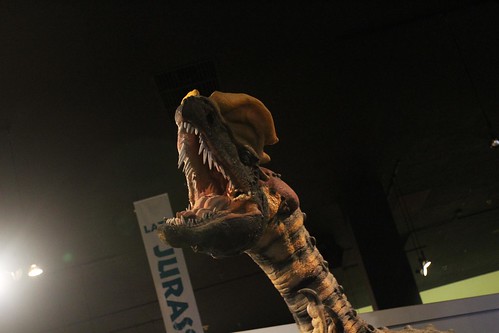 I am guessing paleontology is not in her future. 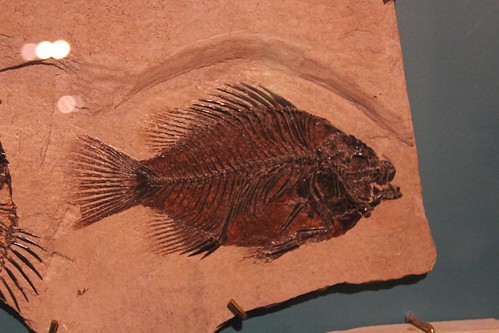 Besides old lizards, the museum also has other prehistorical fossils. This amazing specimen of the prehistoric fish Priscacara serata clearly shows the menacing teeth and also the fins that look like the fore and rear limbs that they have evolved from. 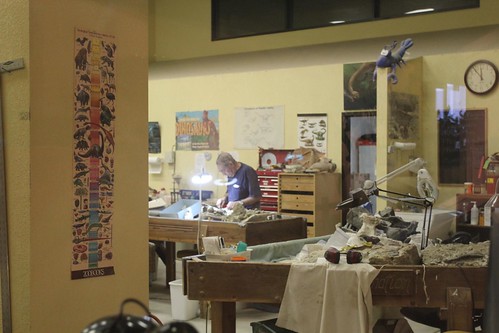 The abundance of paleontological artifacts means that there is work constantly being done here. 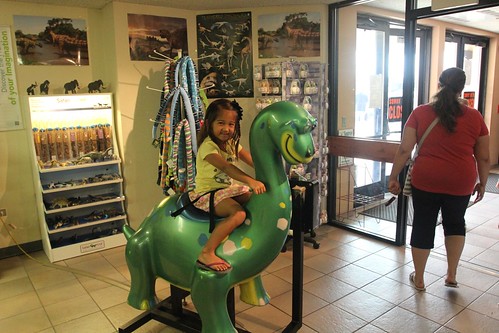 I think the girls were thinking more along the lines of these dinosaurs when they agreed to come here. 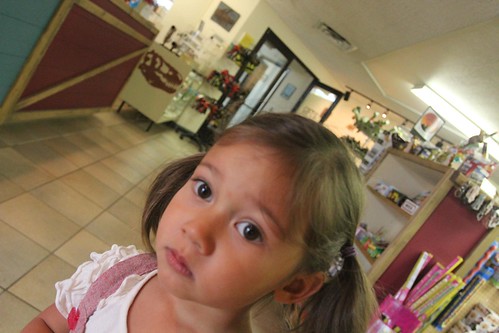 Mila, maybe when you get older and you won’t be so scared of wax sculptures. 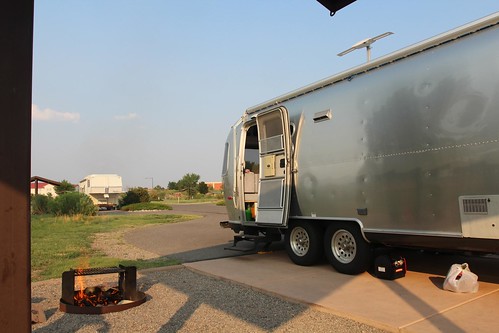 Tonight is the last here at this site but we are going to stay in the campground for 2 more nights. We couldn’t get 5 straight days at a full hookup site so we will spend the last 2 in a electric and water only site. Once we leave Fruita/Grand Junction, we will have about 3 days to make it over the Rockies and into Denver. 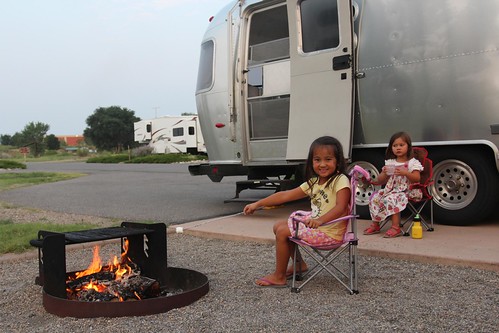 We decided to use up the bundle of firewood we bought in Torrey, Utah so we wouldn’t have to haul it around any more. Ava was thrilled to be able to roast marshmallows once more. 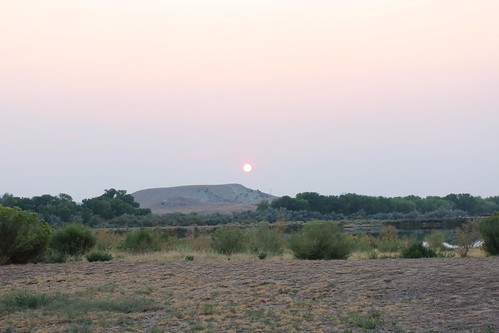