Our first night at the Balloon Fiesta campground was pretty pleasant. Except now Ava insists on sleeping on the bed with Marlene while I sleep on the converted gaucho seat because she claims to be too scared. I call BS, the bed is much more comfortable. 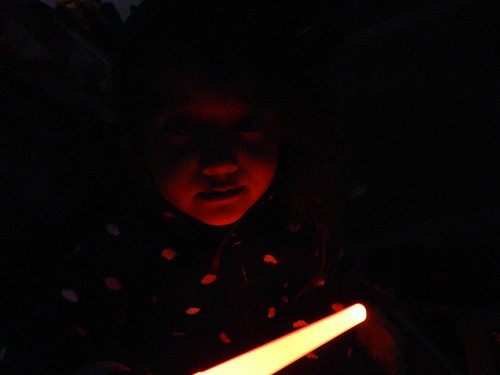 Before the sun even had a chance to rise, we were on the shuttle bus and headed over to the balloon field for our first full day of balloon watching. 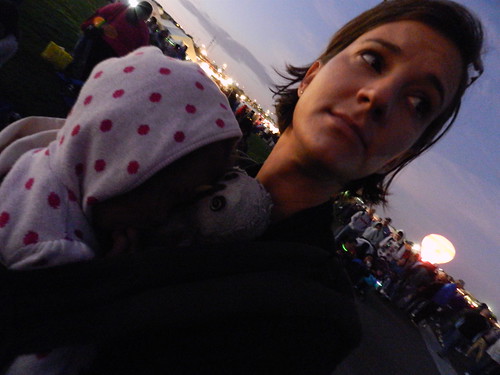 Having experience the previous night’s “Twilight Twinkle Glow”, we couldn’t see how anything could top that. 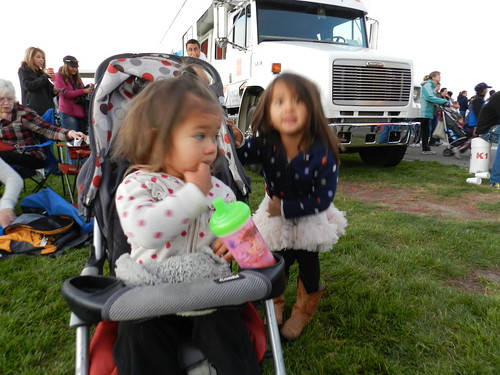 The sun slowly came over the mountains to the east and by 6am, the field was packed with balloon pilots, crew and spectators waiting for the mornings ascension. 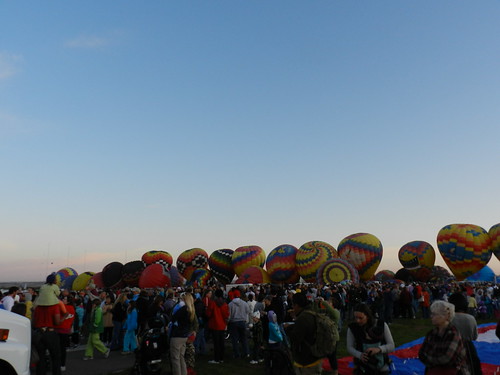 Slowly but surely, all of the balloons began to take shape and nearly ready for flight. 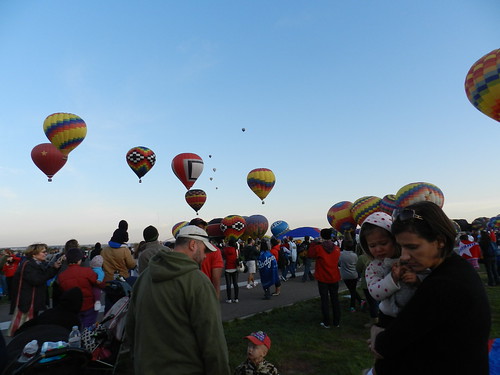 We were really excited to see the first few balloons take off since this was the first time that we have actually seen them airborne since getting here. 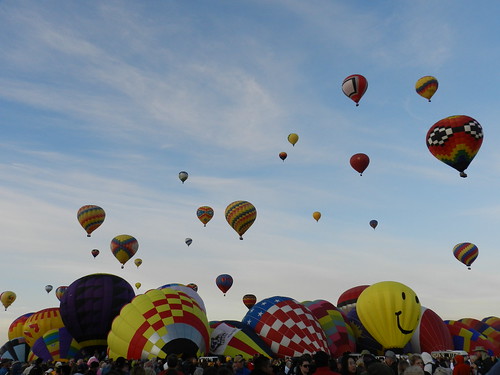 Before we knew it, there are lots of balloons in the air, and even more of them are getting ready to go up. It seems that as soon as one lifted off, another truck pulled into its place to setup. 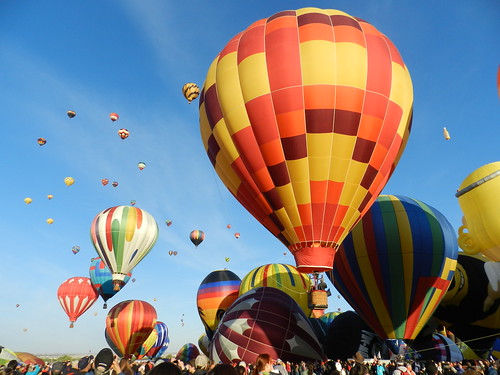 And then it started to get ridiculous. Balloons where everywhere. I mean they were just covering the entire sky from where we were standing. The photos don’t do it justice (they never do) but it was quite a sight. 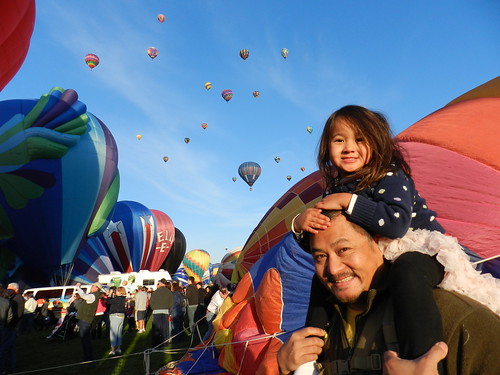 Here I was in the middle of hundreds of balloons getting ready for flight while others are already thousands of feet up in the air. 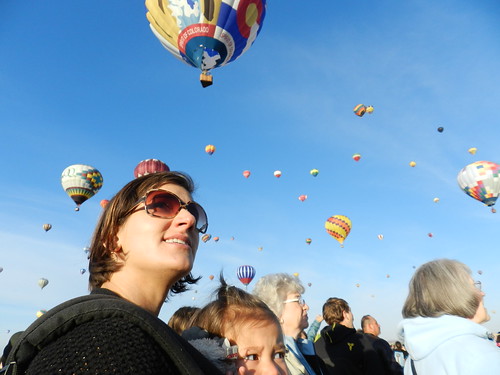 I believe there were over a thousand balloons slated to lift off that morning. Not unusual for the world’s largest balloon festival. We got some shots of some of the more unique balloons of the day. 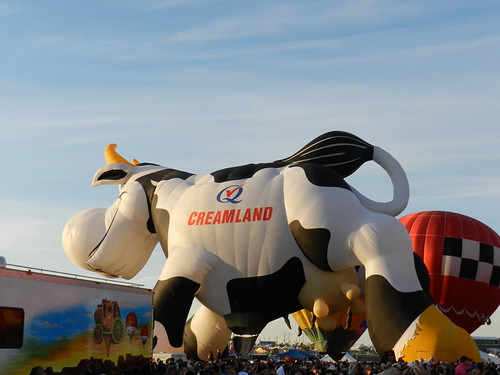 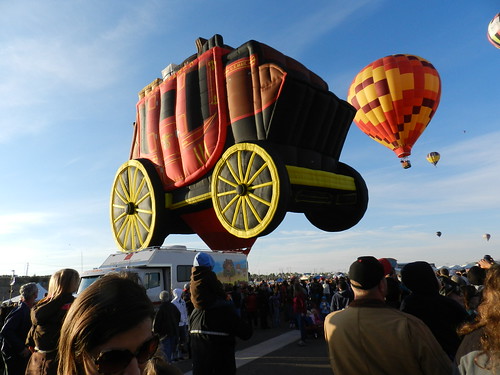 Of course the Wells Fargo Stagecoach is always a hit. 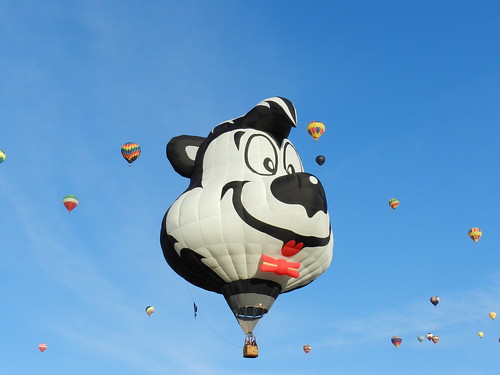 Not sure who Pepé Le Pew was representing but he did not stink. In fact, he smelled quite good. 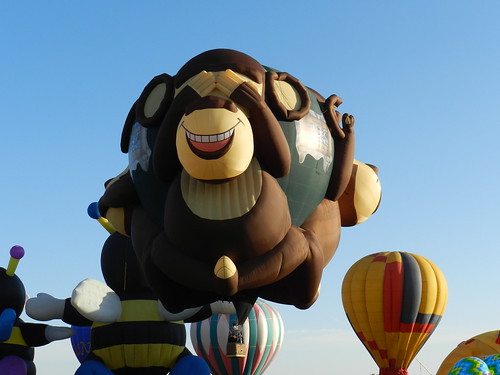 Here are the See No, Hear No, Speak No Evil Monkeys Balloon. 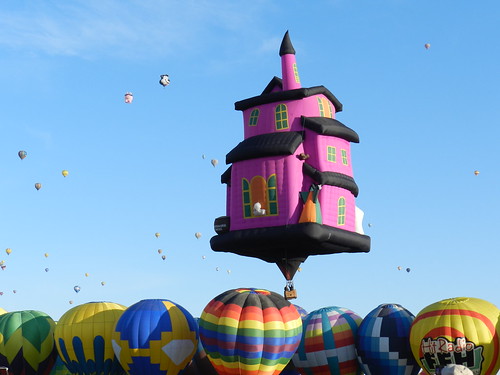 One of Ava’s favorites, a pink mansion balloon. 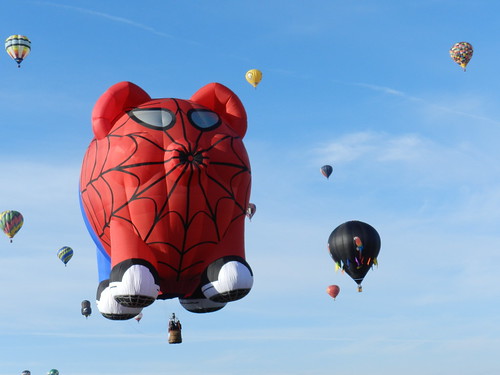 And who would forget SpiderPig from last night. It’s quite a good look for a pig I must say. 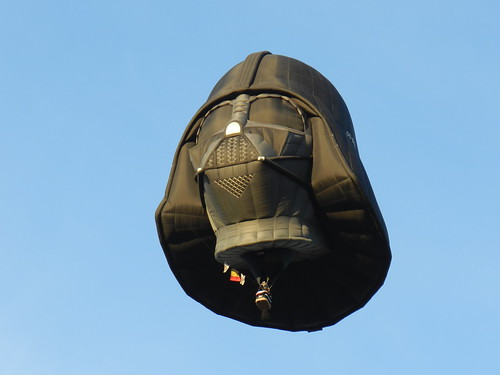 I like the Darth Vader balloon the best. Not only are theses things amazing to watch in flight, you can really appreciate the craftsmanship that goes into creating these one-of-a-kind creations. 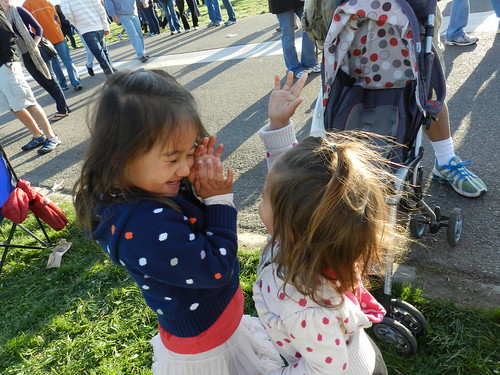 The kids were beside themselves. They might not remember this experience when they are older, but I think they were almost as amazed as we were watching these beauties in flight. 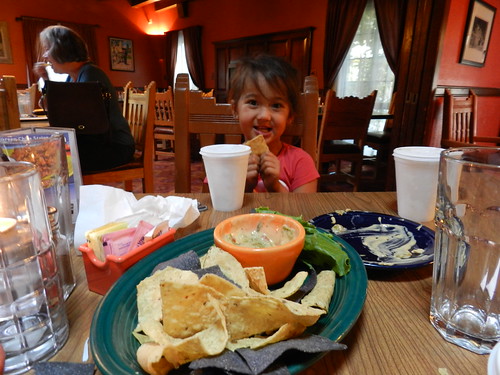 Man, how is it that sitting around watching people fly hot air balloons can make you hungry? Well, it did and we headed to the world famous El Pinto Restaurant nearby and enjoyed some authentic New Mexican food with a complimentary queso dip for all balloon fiesta attendees. Yum!