Day 2: Wasting no time getting to know Paris.

Our first morning in France we awoke to breakfast already made for us. This is something we can get use to. Teta Milica does not mess around.  There were fresh pastries and hot coffee as well as mini cereal boxes with milk for the girls. It was immediately clear that our usual pace of strolling around inside the Airstream wearing our pajamas ’til lunch was not going to fly here. Teta Milica means business and we already have a full day planned. 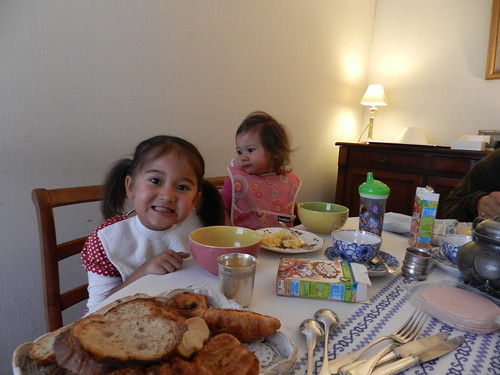 The easiest way to get to Paris from Montfort l’Amaury is through the commuter train. Just down the road from the farm house is the station where the train takes us directly into the Metro train networks in Paris. 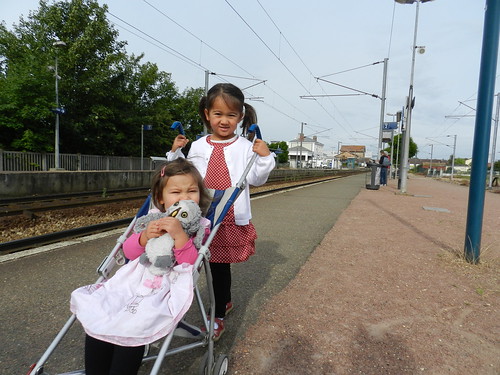 Being from Southern California, the girls are not familiar with the concept of a commuter train. We have a serious car culture there and being without a car is something they are getting use to. But because they are kids, they adapt quickly. I mean, what kid doesn’t love a train? 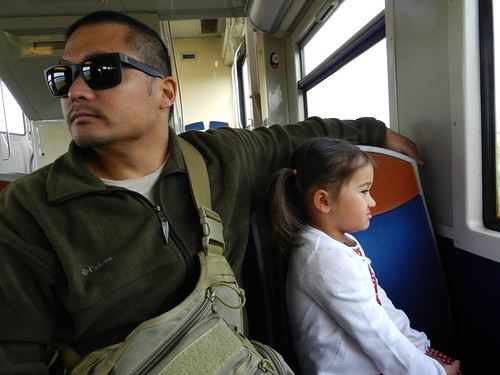 The ride to Paris from the commuter train takes about 30 to 45 minutes from Montfort. It’s just the right amount of time before the kids get antsy and want to start wandering around. 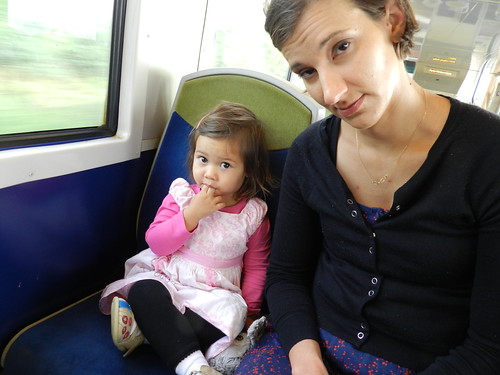 Being that the U.S. Dollar has seen a serious decline, the exchange rate for us is just under 1.5 to 1 favoring the Euro. The price for a day pass for the train and the Metro in Paris for each of us worked out to be about $15 a day. Ouch… 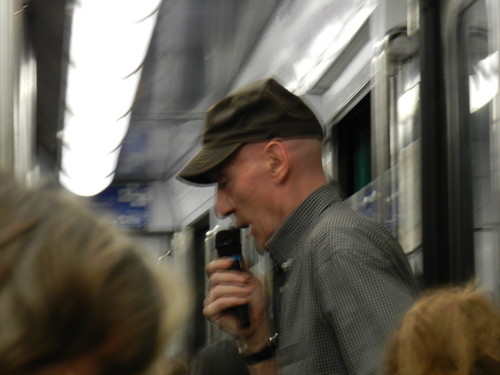 At least the Metro has in-flight entertainment. This Frenchman boarded the Metro equipped with his own microphone and speaker to serenade the passenger on the ride. I am not sure if it made the ride more or less pleasant but we were probably a little too excited to see Paris for the first time to be able to comprehend. 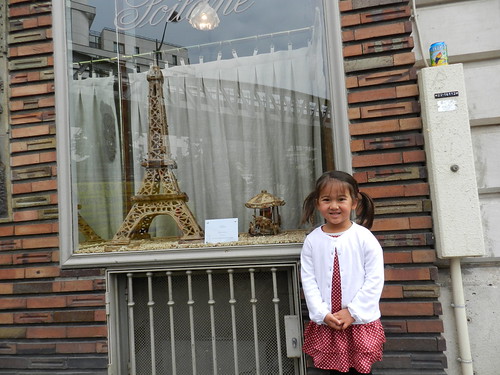 Viola! The Eiffel Tower! And French bread, all in one shot. We can go home now. Right? 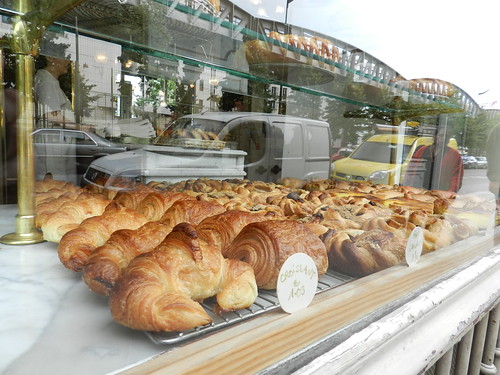 OK, I guess it’s not a complete visit to Paris until we see some croissants. Now we can go home.

Actually, we were not to get off that easily. Little did we know that Teta Milica was on a mission. She was determined to show us as much Paris in one day as humanly possible. I guess for most people, that is exactly what they want to do. I can understand that. Most people do not have the luxury of working from home (or anywhere for that matter) and only have a limited amount of time to sight see. We on the on other hand, like to take things slow. 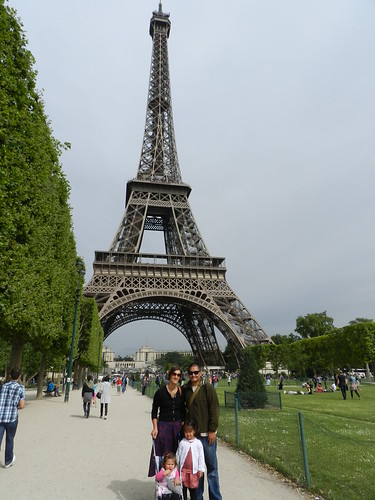 Here is our obligatory family photo with that old iron tower. I forget the name but it’s suppose to be famous. I think I’ve seen it once in a Pixar movie Ava watched.

Anyways, even for the middle of the week, there were huge lines waiting to ascend it so we opted to just cruise on. Plus I am way too ol…. ahem… I mean the kids! The kids can’t climb all those stairs, right? Yeah, that’s what I meant.

Even though we shaved off a good couple of hours by not waiting in that line to climb the tower, our pace was still much too slow for Teta Milica. Our solution: get in boat in the Seine. 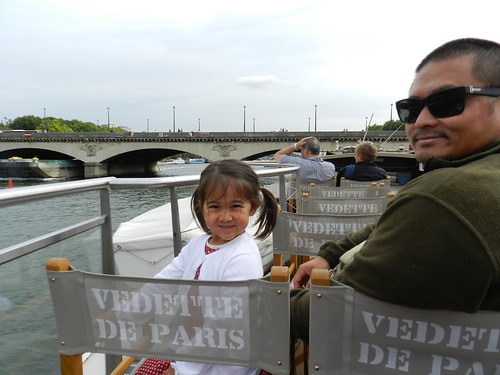 Sure we are just like any other tourist in Paris but in the last 24 hours, we have been on a plane, in a car, in a train and now on a boat. Cool, right? No? OK, fine, lots of other people here have done that too. Probably those people in front of me. I will move on. 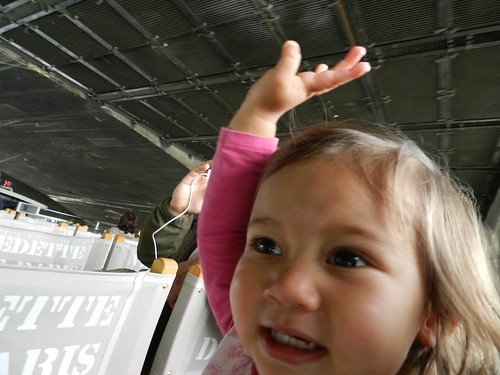 I bet those people in front of us don’t have a 1 year old that raises her arms and yell, ‘Weeee!’ every time we went under one of the 37 bridges along the River Seine. Take that! 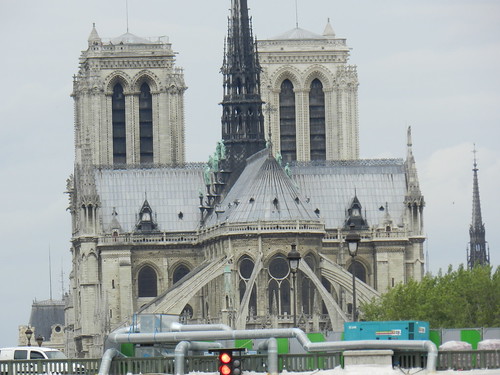 Our boat ride allowed us to get a quick glimpse of some of the places that we will hopefully be visiting on foot later in the week. For example, the Notre Dame Cathedral and its flying buttresses. It’s just fun to say, ‘buttresses’. You should try it sometimes. 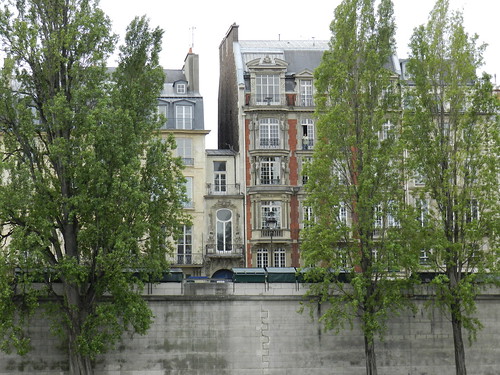 Thanks to the pre-recorded tour guide, we also got to see the narrowest building in all of Paris. 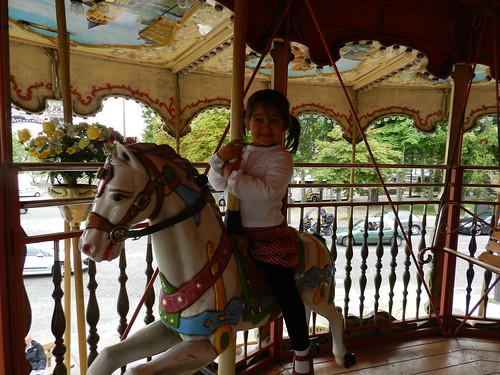 After we got off of the boat, we decided to sit down some more. Apparently Milica had given up on us and abandoned her plan of seeing all of Paris in the same day. Now we are basically free to roam at our own pace. That includes a ride on a Parisian merry-go-round. 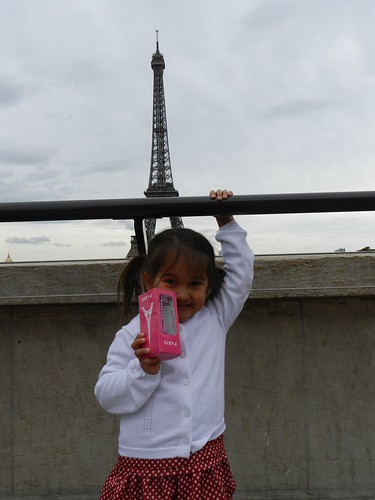 There’s the tower again. This is the spot where lots of fashion photos are taken as well as that infamous Hitler shot of him and his cronies over looking the plaza after taking over Paris in WWII. Ava is much less vogue or sinister in her rendition. 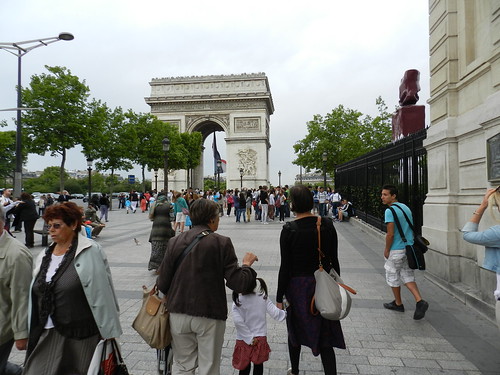 Of course our time at the Eiffel Tower had to end at some point to at least fulfill our sightseeing quota for the day. We hopped back on the Metro and headed towards the Arc de Triomphe. At this point, Teta Milica finally decided that showing us around was less fun than herding cats so she bid her farewell and set us loose on the streets of Paris. 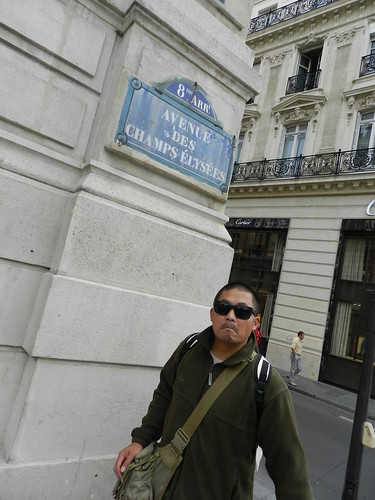 Of course it was none other than the streets of all streets: Avenue des Champs-Elysees. The primest of all prime real estate in all of Europe. Once we were set free to run loose on our own, we had Paris eating out of the palms of our hands. Well, not really. Everything was extremely expensive so the best we could do was window shop. 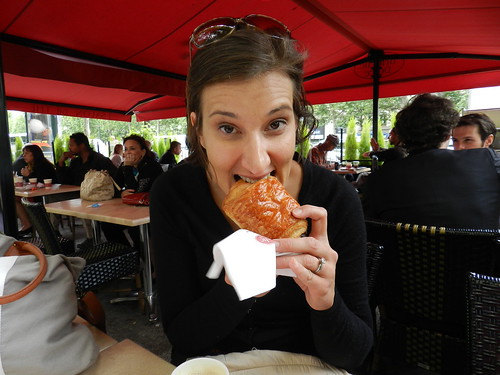 And scrounge up enough Euros to get a little taste of Parisian fast food. 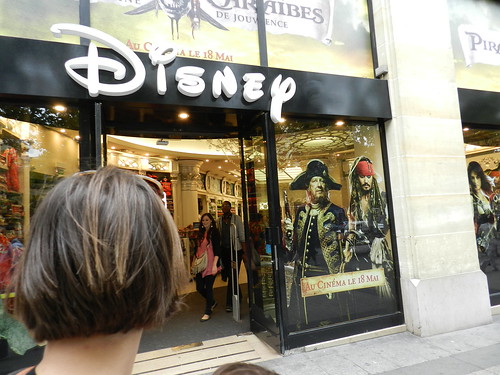 Ava was pretty excited to see a Disney store on Champs-Elysees but even that was much more expensive than their counterparts in the U.S. Plus, the store has not yet been remodeled like many of the other ones in the States featuring murals by none other than our good friend Carrie 🙂 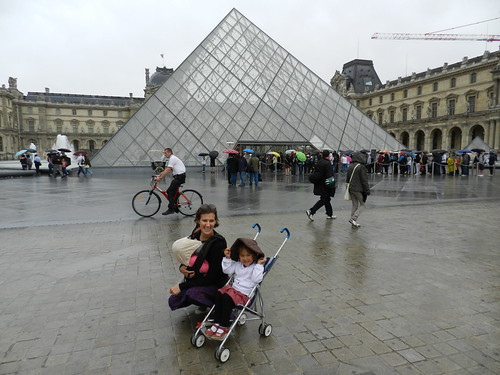 We walked the entire length of the famous avenue to end up at another Parisian landmark, the Musée du Louvre. Although now it had started to drizzle. The girls posed for a quick photo at the glass pyramid entrance and we decided to call it a day. 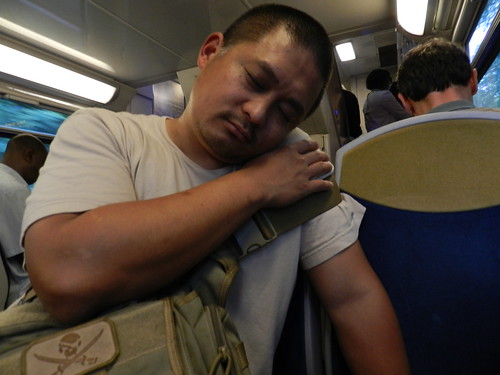 Looks like jet lag has once again caught up with me. 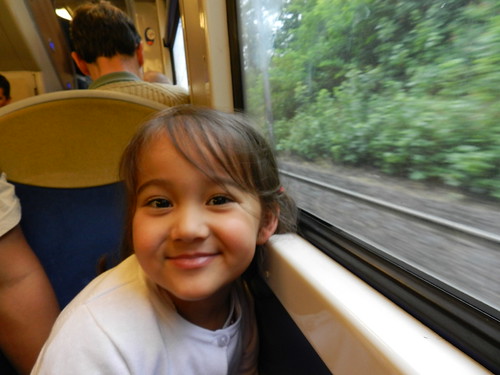 Not this little one. She could have probably gone all night.