The trailers featured at the vintage trailer show range anywhere from being hard-to-find, mint, factory original trailers to fully-restored beauties with modern day amenities. Mona and Doug’s 1969 Tradewind would fall under the latter category. You certainly would not have the slightest idea of what this trailer has been through in its 40+ years of life as it is now a thing of beauty. The reality is that an unimaginable amount of blood, sweat and tears (lots of cash, too, no doubt) have turned this former junk yard dog into a People’s Choice Award winner. 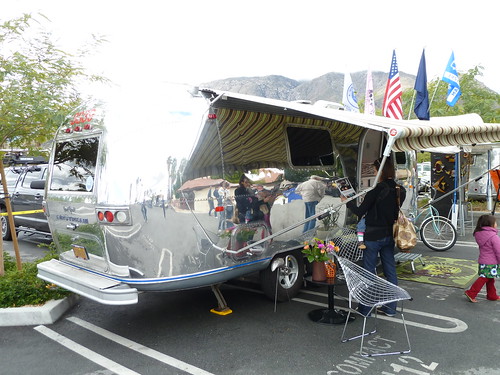 This Tradewind didn’t just show up at the Vintage Trailer show with its awesome custom interior with matching awning and a polished exterior. This baby came with a ton of history as well.

It started out its life as the International Treasurer of the WBCCI wearing its red numbers 295 on its end cap. As it got passed down through the years in the family, it was neglected and eventually sold to the new owner who had plans to make it into a mobile restaurant. As unique as it might have been, it was sentenced to a life of static immobility. Fortunately for her, those plans fell through and she sat unused for many years until November 2007. A storm caused a nearby river to flood and it was carried hundreds of yards down the river bed before it settled itself back to earth as the water receded.

Six months later, Mona and Doug came across the Tradewind in a devastated condition. Mold ridden and far from its former glory, they rescued her and started what eventually turned out to be a labor of love that continues until today. 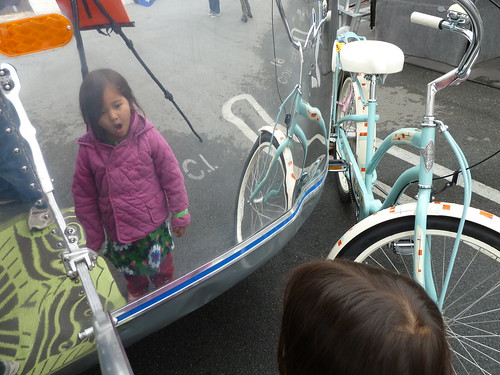 Ava, show a little respect. I know this story is probably boring for a 4 year old but come on! It got washed down a river! 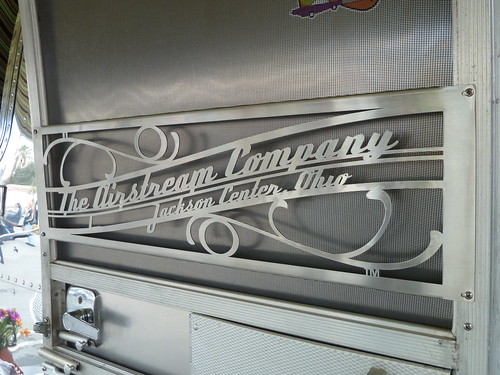 The attention to detail that Mona and Dough paid to this trailer is just unbelievable. It was never meant to be a faithful restoration as they wanted a practical, everyday ‘glamping’ trailer. 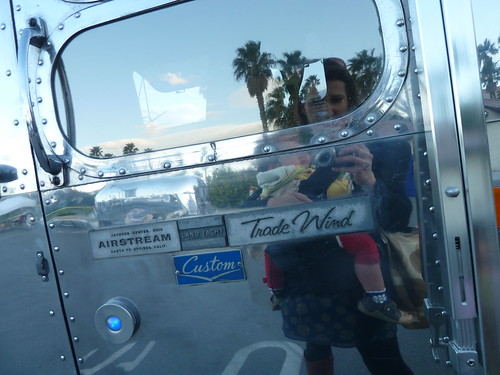 Ding dong! This thing even had a custom doorbell. 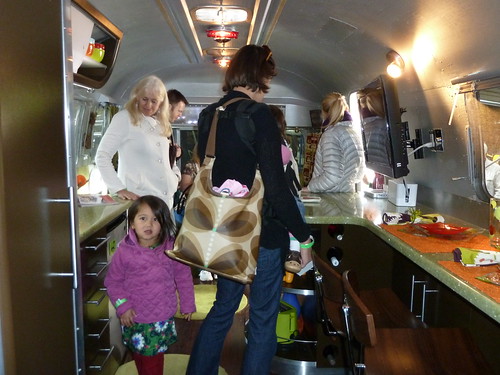 Flat screen monitor, Apple TV, custom counter top and cabinets, this is a perfect mixture of retro and chic…. Come on Ava, look around you! Aren’t you impressed? 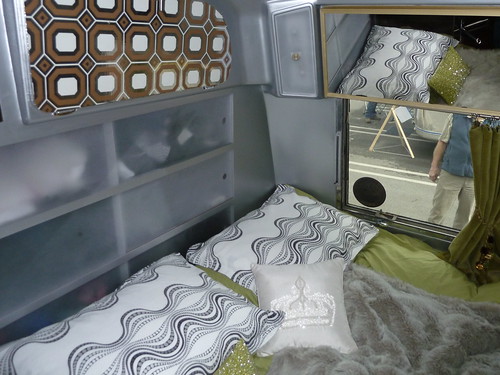 We came the afternoon before the show started and met Mona and Doug during the exterior walk-through and loved talking to them about all of the work that was done to this beauty. They were so great to talk to, we didn’t have a chance to take more photos of the trailer when we finally got to see the inside! Here I leave you with a photo of, as they say in MTV Cribs, where the magic happens.

Wow!! Have to admit reading your blog about our Airstream, and seeing it through your eyes, made me a little teary 🙂 What an incredible experience for Doug and I to be in the presence of such amazing Vintage Trailers….and to have our years of hard work receive some awesome recognition.

Loved meeting all of you, look forward to seeing you next year in Palm Springs…who knows, maybe my new little ’58 Bubble (aka BubbleHead) will join us for the trip

Hello,
can you please tell me the date of the next vintage trailer rally in palm springs? How do I go about entering for a spot to show my 1966 Boles Aero?
Thank you,
Rosanna