When Mila was just a month old, we took her on her first camping trip to a little county park we found in the city of La Quinta, CA called Lake Cahuilla County Park. It was one of the make-or-break tests that we needed to confirm before we felt comfortable for our 4-month long cross country trip. It worked out great and Mila was a natural in the Airstream. 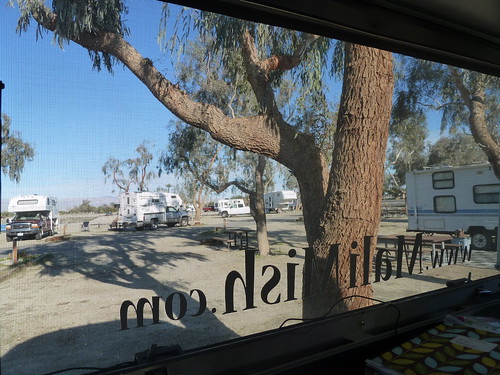 Over a year later, we are back again. This time, we are here for a full week at the height of snowbird season. Last time we were here, there was hardly anyone else at the park. This time, nearly every site is taken. We come to this part of California a lot mainly because we love the desert climate 3 seasons out of the year. You can probably figure out which season is not as desirable. The other reason why we are here is for the Vintage Trailer Show that is part of the Palm Springs Modernism Week 2011 happening on the following weekend. It is organized by R&B Events who put together last year’s inaugural Alumapalooza event at the Airstream factory in Jackson Center, Ohio. We were driving through Tennessee at the time and thought long and hard before deciding to not attend as it didn’t work well in our schedule. Being so close to our home, we couldn’t pass up this event at one of our favorite places in California. It doesn’t hurt that the ‘R’ from R&B Events is also our friend Rich from Airstream Life Magazine whom has been very gracious to us in so many ways.

Here is a little photo of Mila and Ava during our last trip here. Back in October of 2009, Mila weighed less than 10 lbs and had hardly any hair on her head. Her big sister Ava was not yet 3 years old and had never been to Disney World in Florida. 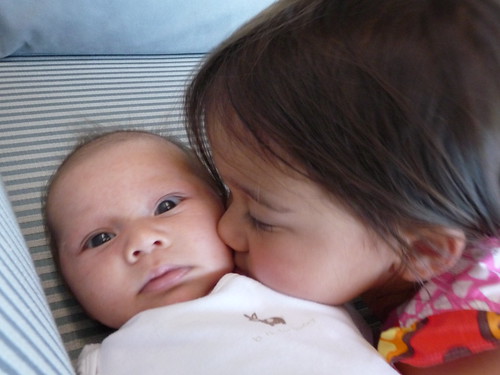 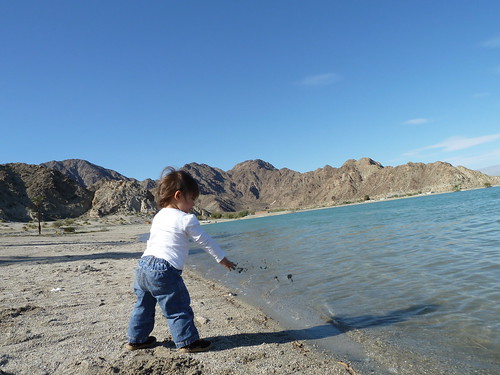 We spent a full week there which included a handful of sightseeing trips including the Living Desert, the Children’s Museum, as well as our favorite pizza parlor, Jake’s Pizza. Rather than documenting our visit chronologically, we decided that we would actually start with the most exciting part of our trip which happened at the end: The Vintage Trailer Show.

In the next several posts, we will try to showcase as many of the beautiful vintage trailers we saw at Modernism Week 2011 as possible. We took lots of photos and spoke with many of the owners of the trailers and hopefully you will enjoy them through our posts as much as we did in person. Stay tuned, first up will be a rare and beautifully restored Bowlus Road Chief.

Lovely website, and I’m looking forward to seeing your vintage trailer pictures. (Sidenote: We watched “The Long, Long Trailer” our first night in the RV and loved seeing how high-quality they used to be!)

We’ve been roaming around the U.S. for about a year now. Maybe we’ll bump into you!

Thanks for the comment. We also watched the same movie the first time we were in a vintage trailer… many years ago at the Shady Dell in Bisbee, Arizona.