Over 6 months after we returned from our first cross country trip, we have only been on a few local trips. One trip to San Onofre State Beach and another one to Lake Casitas just up the hills from our house. Many of the causes are just us getting back into the swing of things and overwhelmed with work, kids and household chores. But one of the biggest reasons that we did not jump right back into a big trip is that Mali Mish really needed to spend some quality time at her Airstream Resort and Spa of her choice: C & G Trailers. 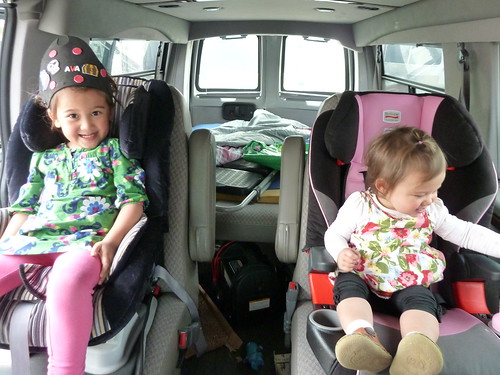 The girls are excited for Mali Mish that she is going in to get much needed work done. Don’t worry, we DO put seat belts on them when we are driving. We are not driving in this photo, put the phone down, there is no need to get the cops involved.

Last year just before we left we brought her into C&G Trailer in Bellflower, CA to get an overhaul. With over 10,000 miles ahead of us, we had the entire trailer looked over as well as doing the yearly chore of repacking the wheel bearings. We head a clean bill of health, as expected, since we had not been on any major trips besides a handful of them to Arizona. The brakes were estimated at having at least another 10,000 miles before it needed replacing. At the time, we turned down the wash and wax service they offer which turned out to be very reasonably prices as compared to some of the other service centers we encountered while on the road. This time however, we are going to let her get her wax on. She deserves it. She had taken us all through the southern states with great care and barely a fuss.

The last 10,000+ miles we had worn out a few of the perishable items on her. One of the biggest problems we had was the tongue jack that went out on us in the Florida Keys. Giving full credit to good ol’ Murphy, it just so happened to be the furthest point from home throughout the entire trip.

Also during our trip through Louisiana, we had a steel belt break on us in one of these Goodyear Marathon tires. It was not time for it to go as it had plenty of tread left on it and it definitely wasn’t due to over or under inflation as I diligently checked the levels during our trip, especially those early months. Plus these broken steel belts are not really an easy thing to spot if you are not checking your tires on a regular basis. When one of them break, it is not immediately visible from the outside nor does it make much of any sound that would cause any alarm. The only way to find out is to keep an eye out for flat spots on the tires. Many people think that those flat spots are from tires locking up during sudden brake pressure but in reality, it would take a whole lot of your wheel locking up to get to any noticeable flat spots. The tire manufactures love that you assume it is your fault when that happens but in reality, as a belt breaks inside the tire, you have probably just a couple hundred miles left on that tire before you have a blow out. Lucky for us, we have not yet had a blow out. For those of you who have, I know it is a traumatic event. Especially if you are a single-axle trailer.

We drove on the spare from Louisiana all the way to Miami before I finally bought a new tire and changed it back on. We drove the rest of the way home without another tire incident. Although it is now time to get the rest of them replaced, I am going to hold off and see just exactly what I want to do. Rich from Airstream Life has been running LTX tires on his trailer and so far is happier with them than these Marathons. I may contemplate a change but I think these old shoes will hold up for another couple months of light use. 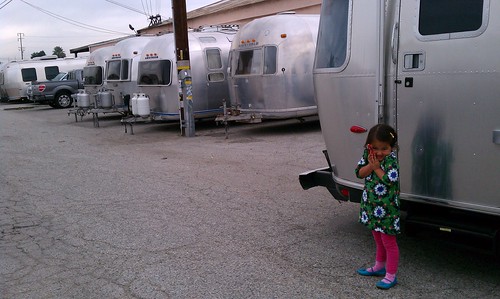 Even though we are leaving her here for a few days, Ava knows that we are well on the way to more new adventures in the near future. Look at all these Airstreams. Only if they could talk and share their stories with us. 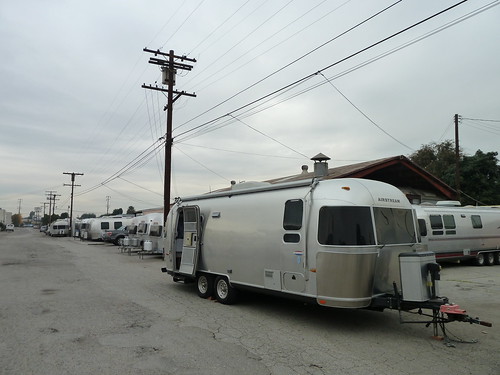 Alright Mali Mish, maybe you can get these old guys to open up to you during your stay using your irresistible charm. See if any of them knew Wally!