Day 12: Back Along the Coast and Heading Towards Astoria, Oregon.

While we were boondocking at the parking lot of the Tillamook Air Museum last night, we met another couple from Washington state taking advantage of the free camping opportunity. They had not camped here before either and if it wasn’t for them already being there, we probably would have left to find another spot 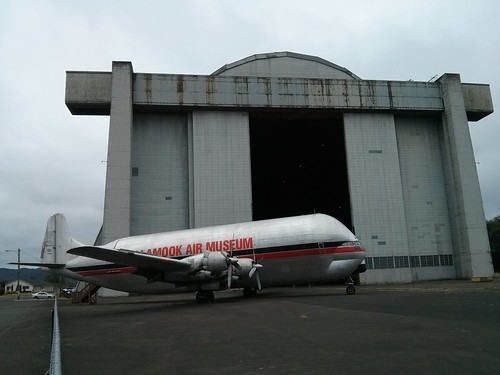 The night was peaceful in the shadow of the giant hangar with a very unique mini guppy cargo plane keeping us company. 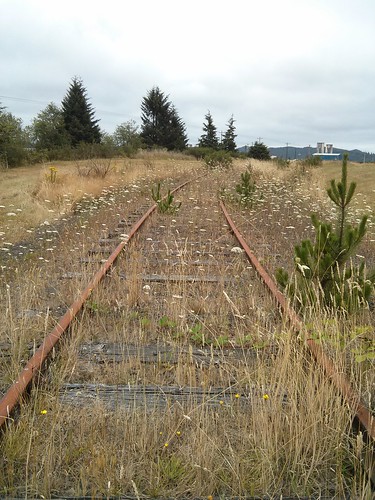 As much as we would love to stay and explore the areas around Tillamook some more, we must continue to head north if we are going to meet up with our caravan to head into Canada in time. 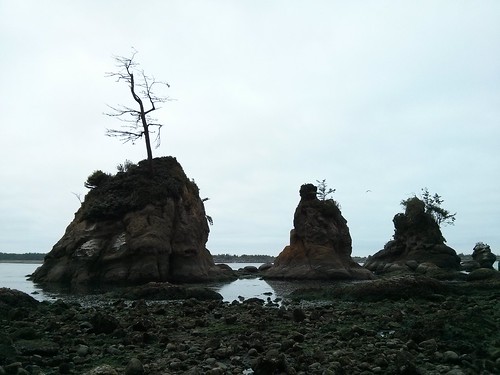 The drive towards the Washington state border in northern Oregon is full of more spectacular scenery. We can probably spend an entire summer just hanging around here. 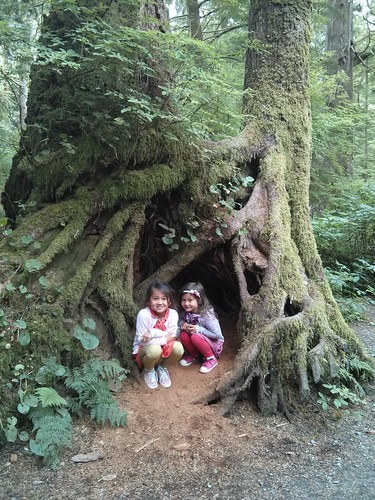 As we have been traveling these last couple of weeks, we have been keeping in touch with a few of our fellow Airstream friends. Many of them have explored these areas before so we asked them for advice on what we should not miss. One of them is Oswald West State Park. 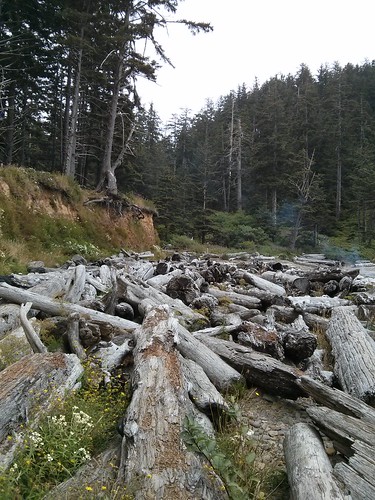 We didn’t really know what we were looking for but while keeping an eye on the GPS, we came across a parking lot along the road through the park where everyone seemed to be parking and gearing up. We stopped and saw that it was the beginning of a short trail that takes us to a popular beach. 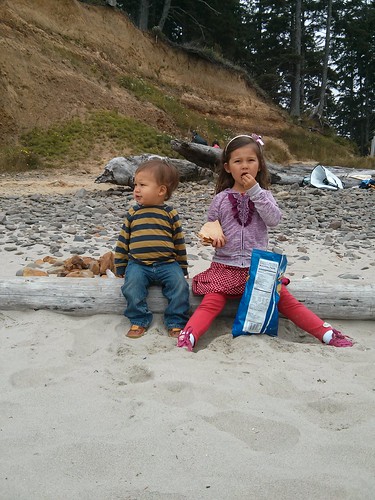 It made a perfect place for a beach picnic. 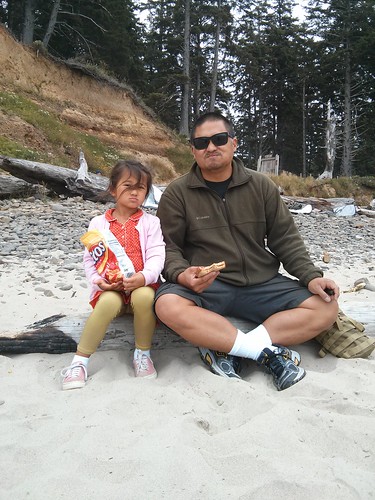 This beach is a popular surfing destination called Smuggler’s Cove. The waves are pretty small today but the water was freezing. Being the middle of August, I can’t even imagine what surfing here in the winter is like. 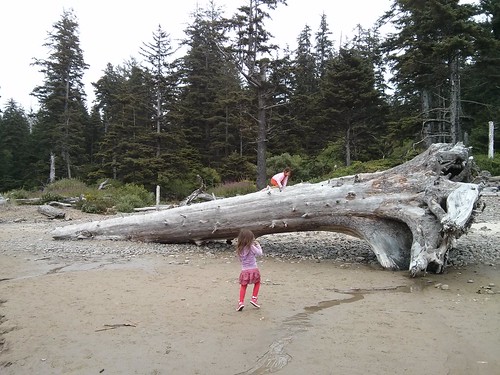 Did I mention there are giant pieces of drift logs here? 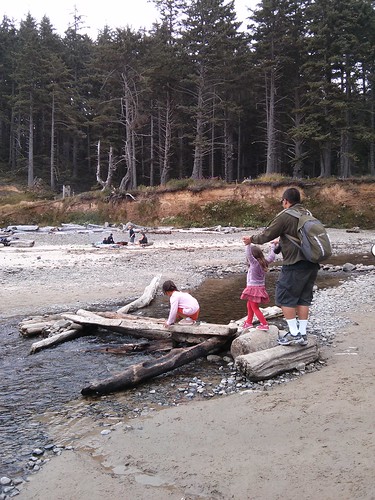 Some of them have been arranged as a makeshift bridge so people can cross the creek outlet. 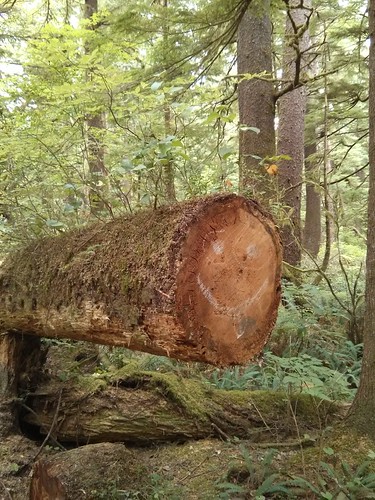 The trail that leads to the beach from the parking area is a pretty high traffic path. But with as much moisture as there is here, vegetation just does not stop growing, 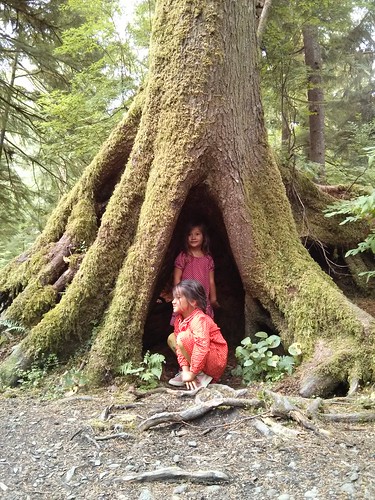 The girls loved exploring the edge of the trail that leads off to fairytale-like landscapes. 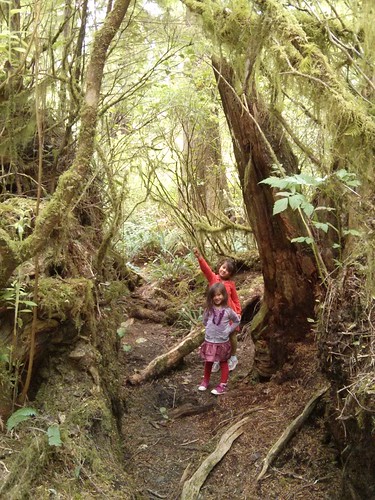 This is what I am guessing Neverland looks like. 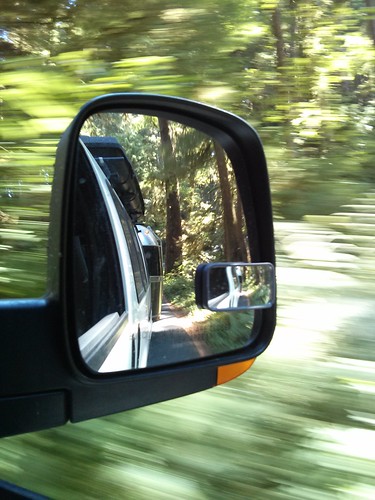 After we had lunch at Smuggler’s Cove, we continued driving north along the beach. 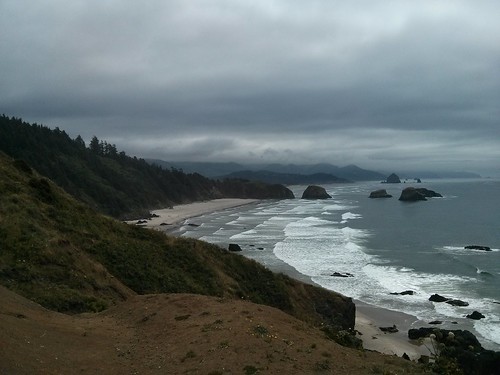 The next stop we were hoping to make is Cannon Beach. It is a very popular tourist destination and since it is now the weekend, it was impossible for us to find a place to park the Airstream. Even though there are ‘RV Only’ lots, they were all occupied by passenger vehicles. Figures (SMH).

As we drove past the northern edge of the town of Cannon Beach, we noticed a sign for Ecola State Park. That was one of the spots that we were told to not miss so we made a turn and headed towards it. We came to a turn in the road and noticed a sign that read ‘No Trailers Beyond This Point’. Well fine, we will just turn here and head up the road. But little did we know, it was taking us into Ecola State Park and the sign was meant for this road.

It was a pretty narrow and windy road that took us eventually to the entrance gate of the park. There were several places where we knew that if another big vehicle was coming the opposite direction we would have been in deep trouble. The look on the face of the lady working the booth at the gate was pretty priceless. She told us that there would only be a couple of spots where we could park and luckily we got a spot. 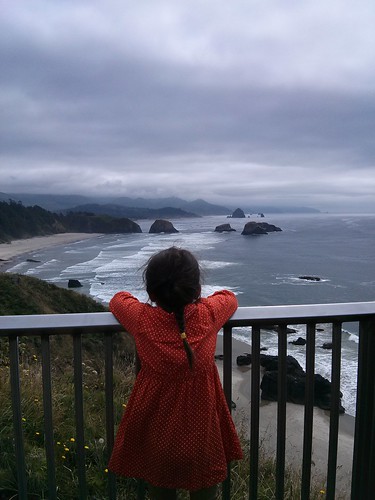 Out at the end of the parking lot, we took at path down to a vista point overlooking Haystack Rock at Cannon Beach. If you are familiar with the movie Goonies, you would recognize that this beach is where the race at the beginning of the movie was shot. 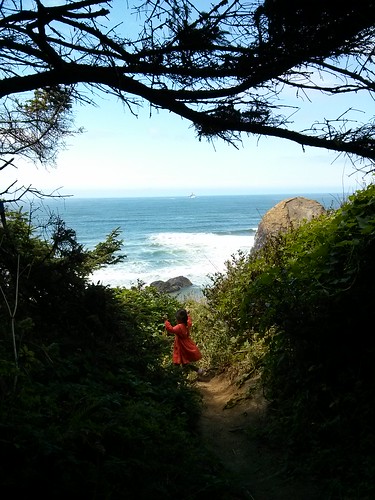 Since we drove all this way on the narrow road here, we were determined to spend some quality time here. We found a small path that led to a bluff overlooking a cove. 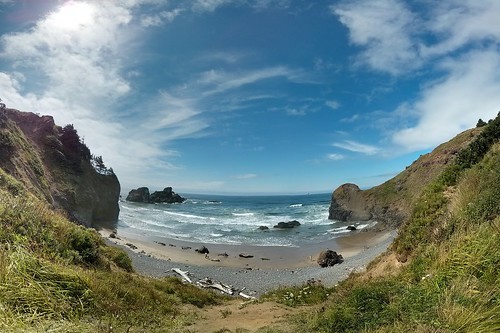 It was a little too steep for the kids to make it down there but the beach below looked like an amazing spot. 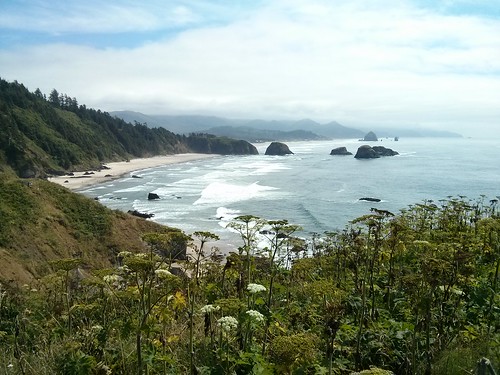 The sun was finally able to burn through the haze by the afternoon and we were actually feeling a little warm. 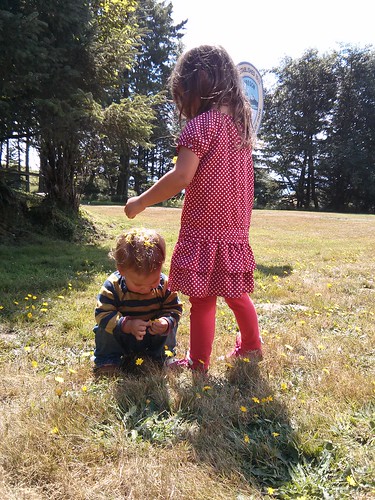 As nice as Ecola State Park is, there are no campgrounds here. Which means we will eventually have to head back out on the narrow windy road and make our way to a place to spend the night. 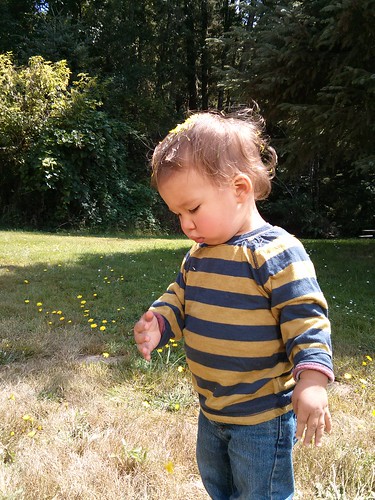 We figured our best bet was to make the 25 mile drive north to Astoria and try our luck there. After that drive, even Luka needed a drink. So he shoved his sippy cup in an empty beer holder and went to town. 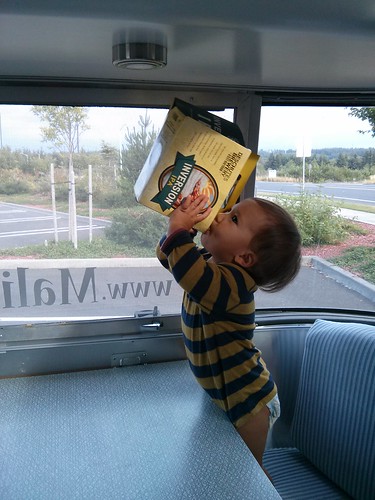 When we were driving west through Austin, Texas last winter, we met Greg and Jenn from the Bare Naked Family. At that time, they had just sold their coffee shop and were contemplating a move. Since then, I remember that they had actually moved to Astoria. I contacted them as we headed into town to see if they knew of a spot that allowed boondocking. Being the amazing people that they are, they responded to my facebook message immediately and arranged for us to meet up with them at the Rogue Ales Public House where they were having dinner with a group of their friends. 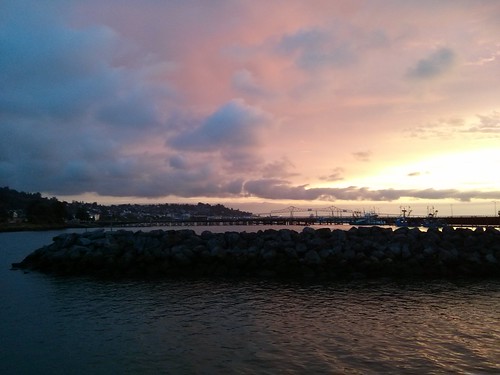 What happened next is simply amazing. I don’t have any pictures to show until the next post but let’s just say Greg and Jenn went above and beyond hooking us up for a sweet spot for the next couple of nights.