For the next 10 days and so, we are planning on exploring the Eastern Sierras. Why the eastern side? Well, everyone and their mom is always talking about Tahoe and Yosemite. And yes, they are crazy beautiful but it is time to give the Eastern Sierras some love. You with me? 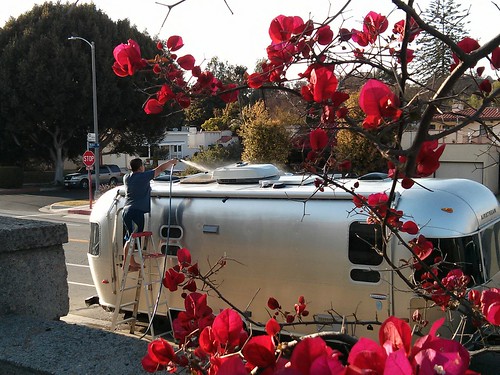 We are the worst at washing the Airstream frequently. So bad that it was the first time we ever went on the roof to clean the solar panels. And guess what happened once we did was them? Better charge! Who would have guessed. Haha.

The kids are pros at this Airstream adventure stuff. The girls keep themselves entertained with the iPad that sits in a dock behing Luka’s chair. And Luka is cool with just a purple cup as long he can hold hands with me whenever he needs some love. 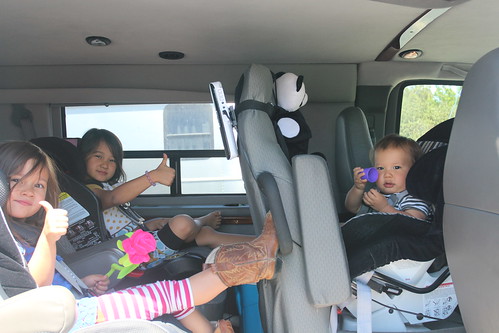 Before we start our exploration of the Eastern Sierras, we are actually meeting up with Tin Foil House, a family from Kansas who just started to full-time in a 27 foot Airstream. Here we are meeting at a Walmart for the very first time. Classy 🙂 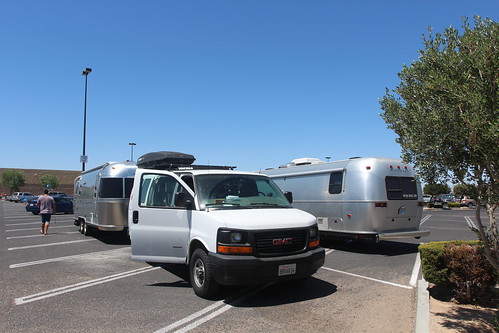 After grabbing some lunch, we caravanned into Death Valley National Park. We assumed that heading into Death Valley would be an easy drive. No mountains, no problem, right? Wrong. Sorry, new friends! We dropped down to sea level, climbed up a 9% grade and then dropped back down into the hot hot heat of Death Valley. 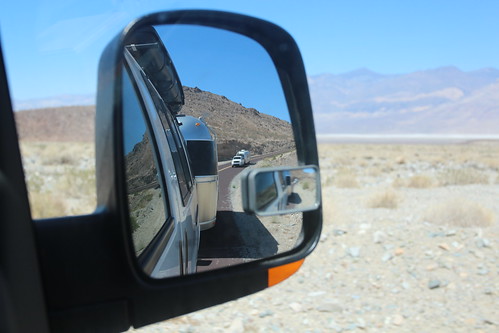 Besides freaking out on Dan about our climb and decent into Death Valley, it was a pleasant drive. We got to see the tannest topless man ever collecting trash off of the side of the road. And an F-35 Lightning fight jet flew right on top of us during some training in that area. It was so low in the sky. I didn’t think anything could top that tan guy sighting, but that jet was awesome! 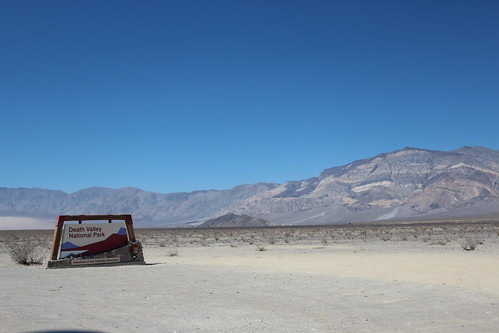 We ended up staying at Stove Pipe Wells campground which had plenty of full hookup spaces this time of year. It is basically a huge dirt parking lot with no cell reception but the mountains surrounding us were breathtaking. It was the perfect spot to settle into for a couple nights to get to know our new friends. 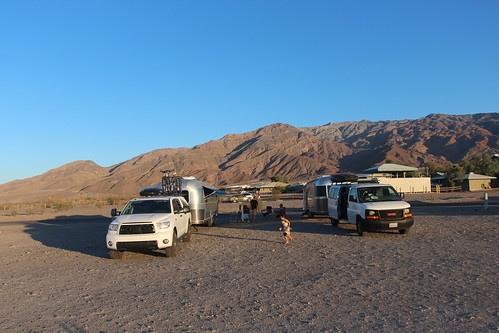 Who says road-schooled kids never have any opportunities for socialization and to make life long friendships? Not us. 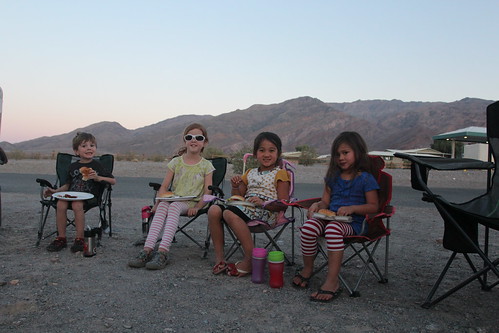 The next day was our day to cram as much of Death Valley as possible. Luckily, the campground has electric hook-ups, so all of our animals could stay inside of their respective Airstreams with the AC on. Our first stop was the Ubehebe Crater. You wouldn’t think that Death Valley has much diversity but does it ever. After driving in the middle of the sand, all of the sudden the color of the ground got real dark about a mile before we parked next to this huge hole in the Earth. This half-mile wide crater was actually formed due to magma hitting the surface, causing groundwater to turn into steam and thus causing pulverized rock to scatter across the land. 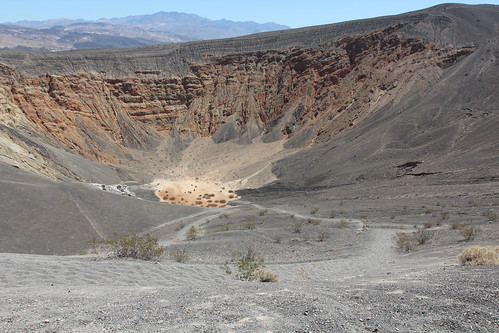 And then a few miles from the crater was this. TADA!! No, it is not a mirage in the middle of Death Valley, it’s Scotty’s Castle. This section of land actually sits below a spring that has enough water for the trees and to generate electricity via a Pelton wheel. 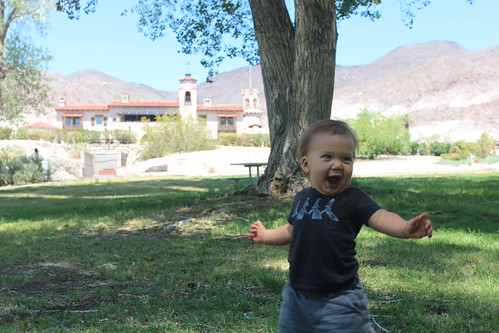 Just like when the dark rocks from the crater surprised us, so did this garden oasis in the middle of one of the hottest places on the planet. While the kids were working on their Junior Ranger books, a kind birder invited Ava to peek at a pair of red tail hawks in a nest. 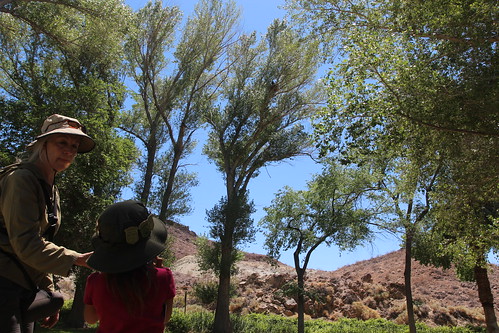 Scotty’s Castle is neither a castle nor did it belong to Scotty. With the promise of gold in these hills, Scotty conned a Chicago business man to build this mansion in the 1920s. You would think once the businessman found out he was conned, his relationship with Scotty would be over. But nope, they became best friends. 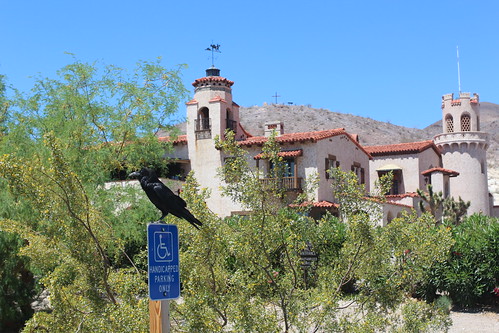 The National Park Service, who purchased the property in 1970, now offers tours of the house and of the underground powerhouse and unfinished pool. As you can see, we chose the house tour. 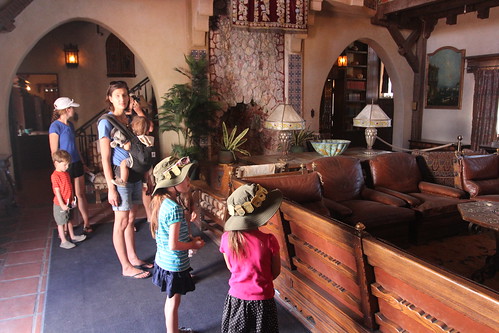 It was a teeny bit boring for the kids but they survived. The last room was a real treat because the room was actually comprised of a hidden 1,121 pipe Welte theater organ. 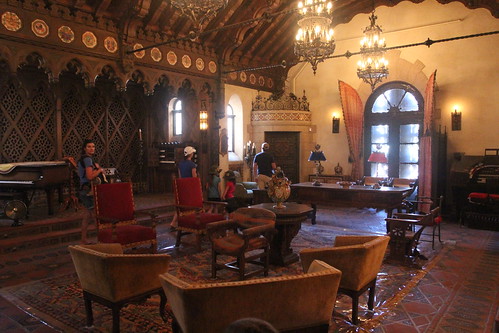 And of course, climbing down the “princess tower” was a treat for our girls. 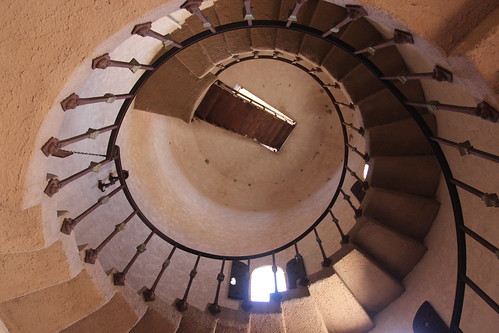 On the top of the hill behind the house, you can get an awesome view of the property, as well as pay your respects to Scotty himself. 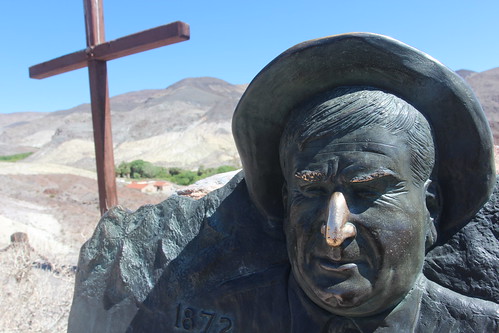 The girls successfully completed the Junior Ranger program there but you could tell that the heat was getting to them, especially Mila. 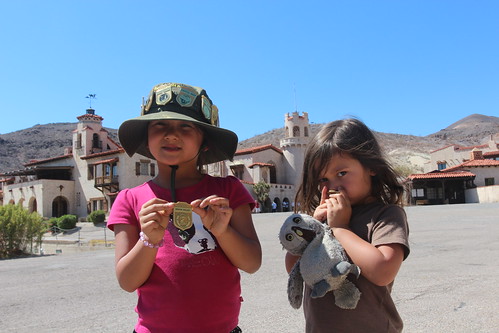 After a bit of a drive, we made it the Badwater Basin. See that white line that I am pointing at in this picture. Well, that is sea level. And we are standing at 282 feet below sea level. 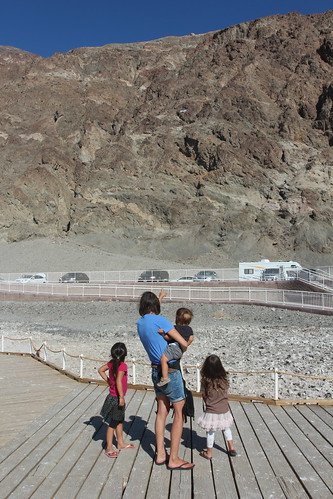 At this point of our day, Mila lost it. The long car ride plus the heat plus the walk down to this sign was a little too much. She her face there? That is her “I am going to peepee my pants right now” face. Can you see where this is heading? 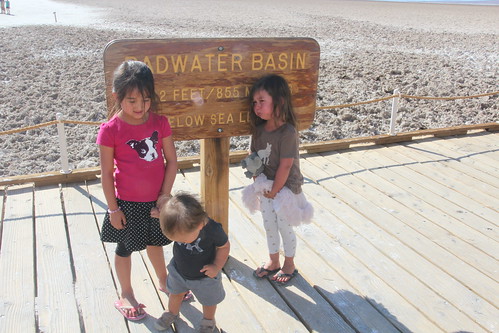 Notice the lack of leggings and empty bladder. She is happy again. Haha! 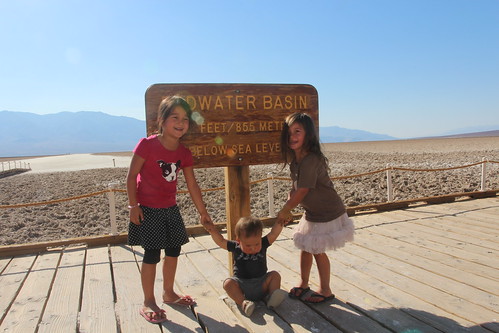 All the driving around the valley today drained our van’s fuel. We did not have a choice but to fill up in the park. OUCH. Good thing we use diesel. 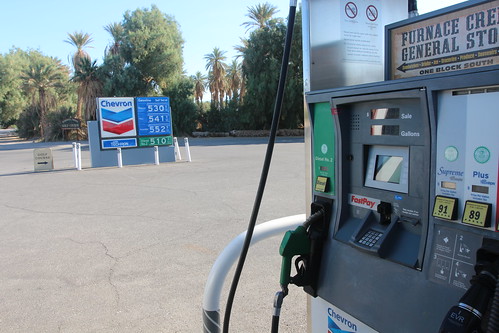 After our long day of exploring, we took it easy that night. Some beers outside for the grown-ups and some play time indoors for the kids. 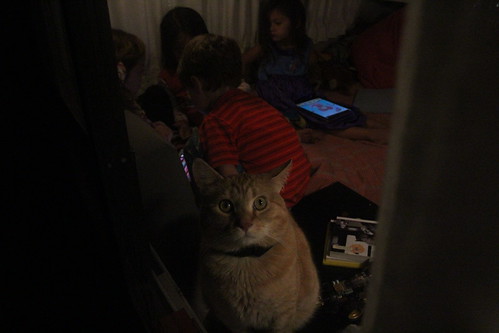 The next morning, we left Death Valley and headed further into the Eastern Sierras. Remember that 9% grade we climbed up a few days ago. Well, it was time to come down. And I might have cried a bit. And I might have screamed. And for sure I might have cussed in front of my children. But we made it down safe and Dan promised me that we will change our disc brake rotors that caused some serious wobbling down that 9% grade over 6 miles that we will NEVER do again.