Today we checked out of the Kentucky Horse Park campground and headed southwest towards Bardstown. Even though we are traveling just a little west, it feels wrong somehow. We should be driving east until we hit the east coast, right? I know, we’re weird. 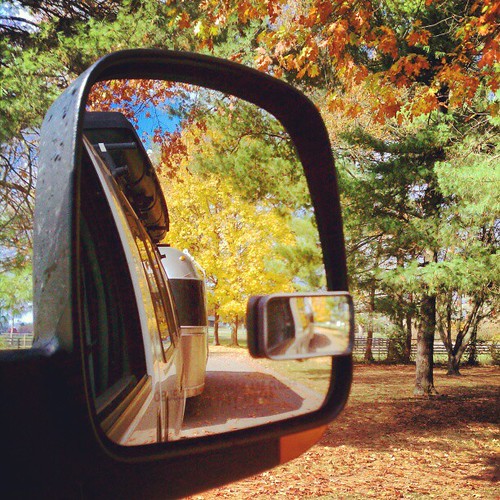 We looked online for a state park to stay in for a couple nights but the only one that showed up, My Old Kentucky Home State Park, supposedly closed for the season on November 1st. So we decided to go with plan B, also known as Walmart. One of the things that seemed interesting to do today before we settled into our parking spot for the evening was to see My Old Kentucky Home. When we got to the fork on the road, the rose bush under the sign threw us off and we accidentally drove toward the campground and golf course instead of the actual site of the house. Oops. 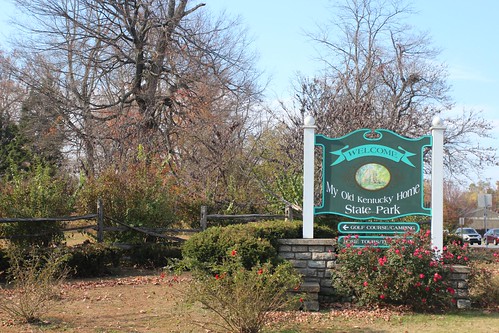 When we drove into the campground to make a u-turn, we noticed that there was a man at the campground booth. We asked if the campground was still open and he said something, in this super thick Kentucky accent, to the affect that it was and that all 39 spots were open. Pick one and pay in the morning. 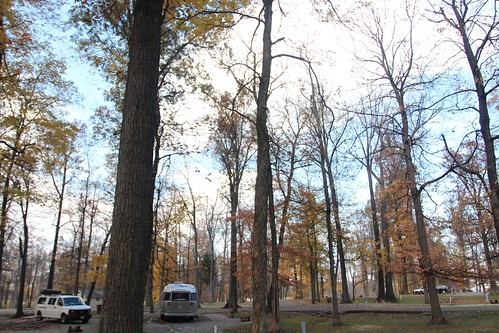 We looped around a couple times and picked the best one they had. It is nice have this place to ourselves under these tall and almost naked trees. And the reason why this spot was the best one for us, is because of our view. 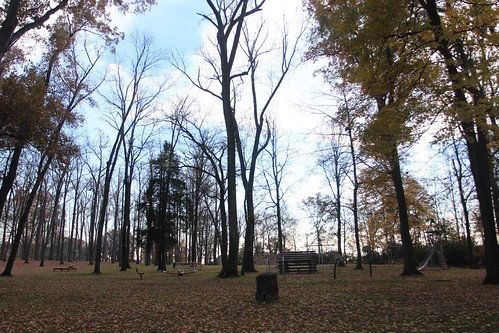 No, it’s not the cemetery… it’s a playground. But it just might be even scarier than the scariest of any cemeteries we have ever been to!!! 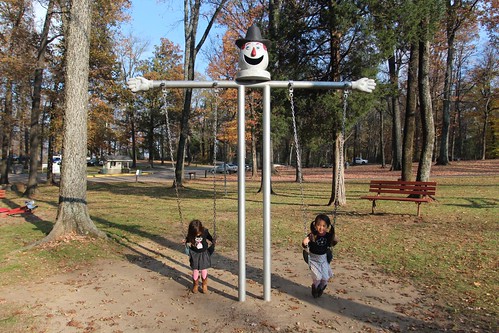 Look at the swings. Where is this clown’s body? And his PANTS! 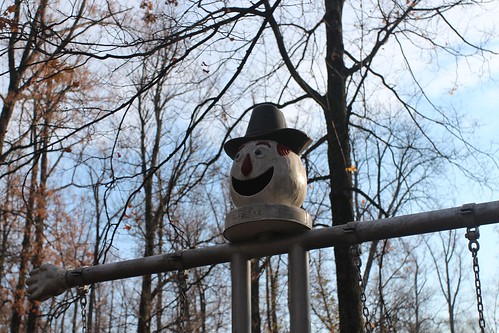 Or maybe it’s a scarecrow. I’m not sure because I dare not look in his eyes too long. 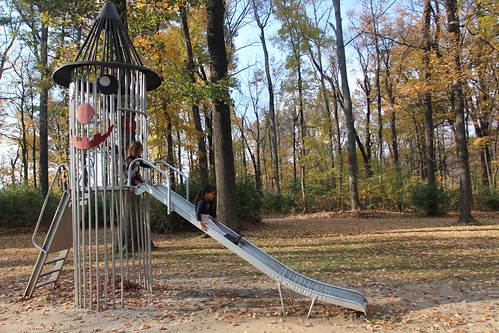 I convinced the girls to check out the slide instead. 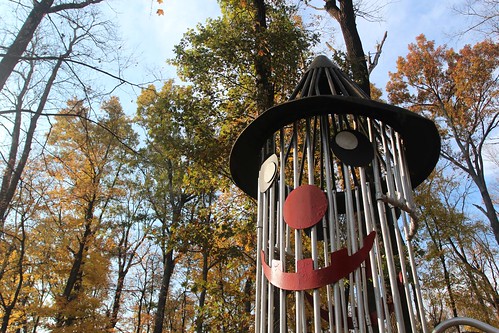 But that thing was just as spooky. 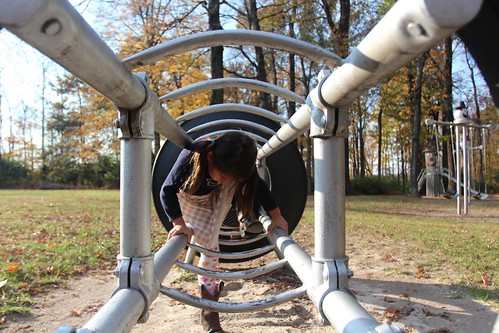 Good thing the kids were not spooked by the whole thing because I obviously was. I dare you to find a scarier playground than this one!! I. DARE. YOU. 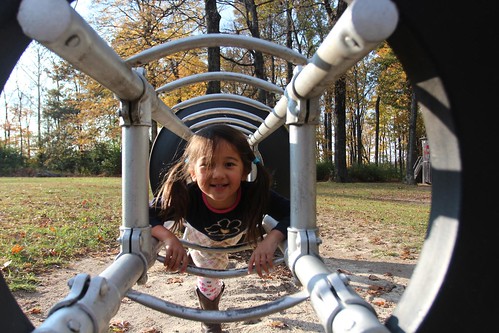 And where was our protector Dan this whole time? Not at the empty campground. He bought me a new phone from Walmart last night back in Lexington but we decided to return it because Sprint was being difficult. And it ended up that phones can only be returned to the exact store you bought it from, unlike all other merchandise. So Dan got to head east again for the 150 mile round trip. Poor Dan.

Your playground photo reminded me of one I took children to in Lancaster, PA’s county park 20 years ago. Their swing was more of a tin man, but the same build. I have a photo of it somewhere. Anyway, that got me to Googling, and I came up with this guy’s Flickr stream:
http://www.flickr.com/photos/10707024@N04/2493623134/

If you click through the photos, you realize he is correct with his Wizard of Oz guess. There’s the lion (though not looking very cowardly! I think he wins for scariest), the scarecrow (one of which you saw), the tin man, and is the guy with the bowler hat the wizard???? No sign of Dorothy.

I wonder how many parks got the complete set back in the day? If they just had funds for one, it would be weirdly out of context (as you can attest!) Looks like the Game Time Co. of Litchfield, Michigan was pretty creative . Wonder if they knew their stuff would last this long and be repainted a zillion times? I see they make plastic stuff now. Nothing like the vintage stuff.

Sorry if this was TMI – I like doing online research 🙂

WOW! Thanks for the link, Laura! This has made my day. It all makes sense now. The design is craaazy! I hope we run into these other ones during our travels 🙂