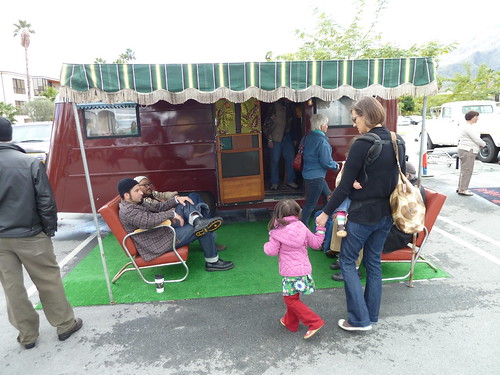 John Agnew, Steven Butcher and Ed Bing Kong Lum are the 3 guys behind this interesting little place on the edge of Los Angeles county. John, a teamster working in the film industry in Los Angeles, is a collector of vintage trailers. He was also the resident manager of what was then called the Monterey trailer park. Places like these are now an absolute rarity in big cities like Los Angeles. I’d imagine it probably was much like the beloved Pecan Grove RV Park in Austin, Texas, Monterey trailer park must have been a cool place to hang your hat for a few nights for travelers from all around the country. 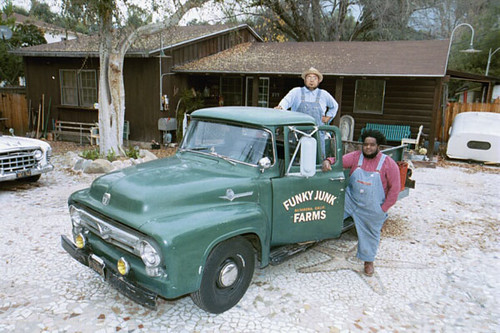 After 80 years of ownership by the original owners, John offered to buy it and immediately started the process of preservation and declared the park historic. Today it is kept pretty much how it would have looked during the golden ages of trailer travel and is used mostly as a film location. 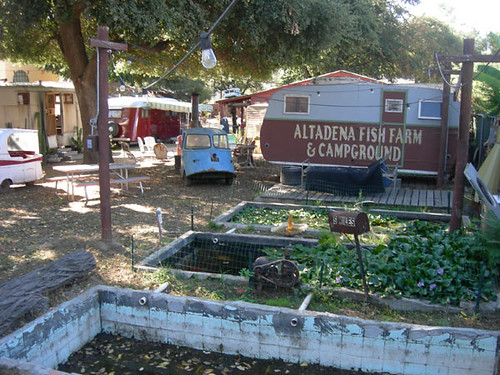 This is where the Westcraft Tahoe normally sits at its home in Altadena, CA. You can see it with its awning rolled out in the back of the photograph next to numerous other vintage trailers. 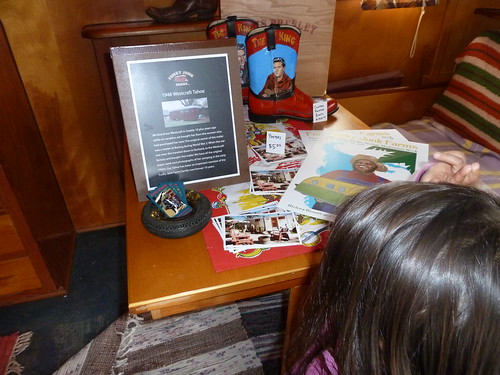 Guess what Ava is mesmerized by over here? Might it be the Elvis boots on the table? 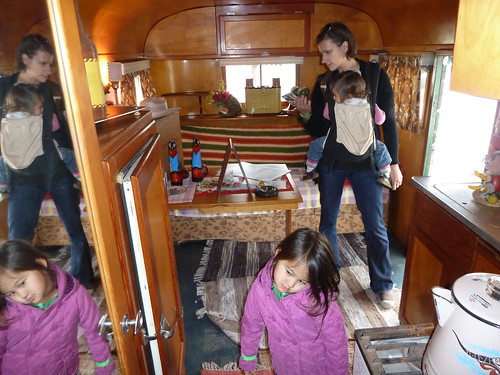 Sorry Ava, we can not buy those boots. They are not for sale and if they were, we probably couldn’t afford them. 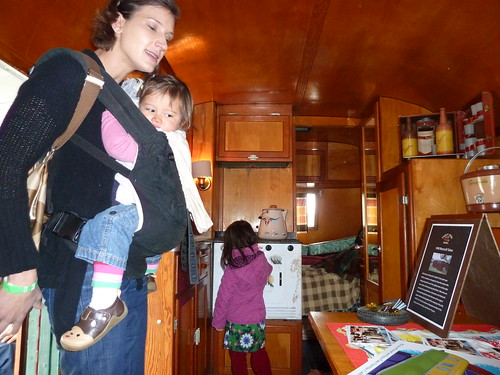 “Mila, stop looking at those boots. You can’t have them either.”

Ummm… Is Ava turning on the gas on the stove? Let’s get out of here before it blows up.