The Town Too Tough to Die.

Today was one of the most fun days ever… as you can tell by the picture above. I’ll get to that soon enough. It was our second morning waking up at The Shady Dell and it was as beautiful as the first. The morning light was filtering into the living room perfectly, as if we were on a movie set. Ava and Yoda were hanging out on the couch, waiting for the campground cat to make its morning rounds. All was well with the two of them until I mentioned to Ava that we were going to Tombstone… The Town too Tough to Die. 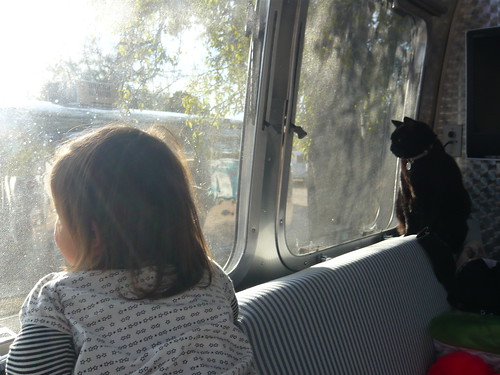 They both started to channel cowboys from the past. Doc Holiday and one of the Clanton brothers, I believe. And in no time at all, we had a wild wild west showdown on our hands. 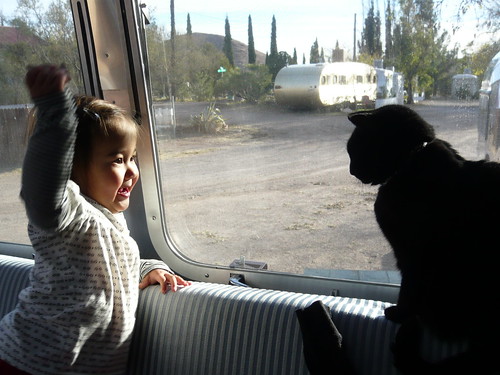 I needed to get one of them out of the trailer. Quick. So after a quick game of roshambo, it was determined that Ava would be the one of join us. I’m totally just kidding, of course. It wasn’t roshambo. Yoda prefers head or tails.

Our first stop in Tombstone was Big Nose Kate’s Saloon for some lunch. The building was previous a hotel. There were several destructive fires over the years and one of those fires burned down the second floor where the extracurricular activities took place. When the current saloon was built about 30 years ago, the charred ceilings remained as part of their decor. Here is Ava entering the saloon like a bad ass gunslinger. 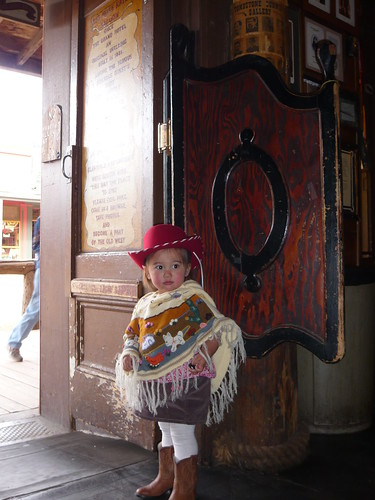 With full bellies, we all donned fake mustaches and starting shooting a movie all around town. I think we got a lot more attention in town than a lot of the old west re-enactment actors, especially Ava. She had the best ‘stache in the bunch. 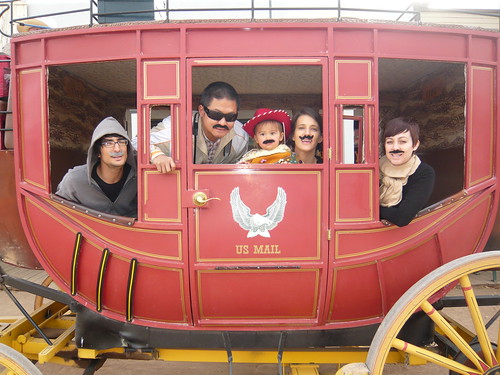 As you can see above, we took a cool stagecoach ride around town and got to see where Wyatt Earp and the gang lived… and died. 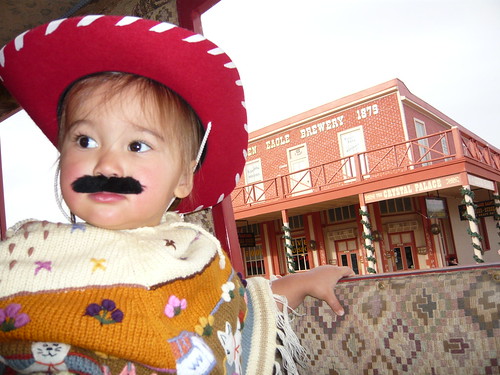 We will be premiering our Tombstone video once we get back home and have a few more hours to spare. I can’t wait. Some of the scenes we filmed of Ava will make you pee your pants. At least a little. I promise.

One of our last stops of the day was the Bird Cage Theater. It stood as it did over 100 years ago. Its doors closed way back in 1889 and it now stands as a museum. The curtains on the stage are still the originals. They second floor where the ladies of the night sold their “talents” are still there. And the original poker table that Doc Holiday played at is displayed on the gambling floor. 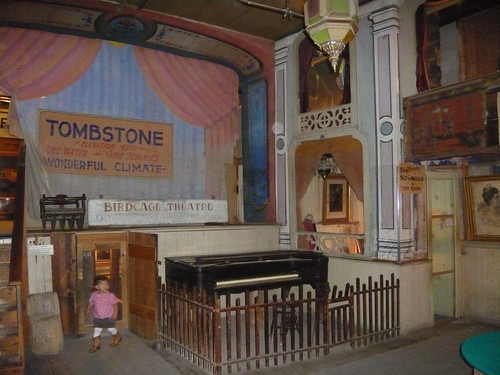 Dragging Ava around town to saloons, gambling halls and brothels was probably not the smartest idea. And the sheriff agreed. Please tell my mom to send us bail money. I think I saw a Western Union around the corner. We’re innocent, I tell ya! 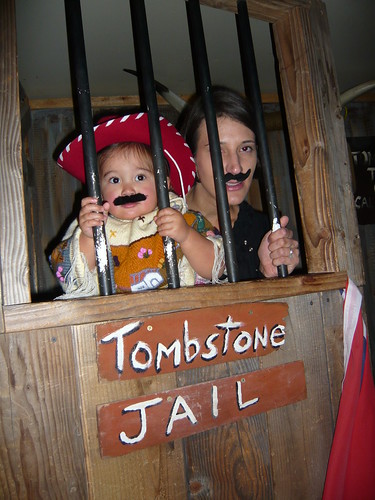 […] that Tombstone video from our last trip (please Dan, […]

[…] during our last Arizona trip. You might have wondered what the fake mustaches were all about in this previous post. Well now you […]