Mali Mish Newsletter #9: Thoughts from the start of our journey south

It’s been about two months since we once again said goodbye to the US. When we crossed into Mexico back in 2016, we were so new to international overland travel. Sure, we spent a decent amount of time exploring Canada but since it is so similar to our home country, it really wasn’t outside of our comfort zone. The first time we crossed into Baja, there were so many new things to figure out: how to refill our fresh water tanks with filtered water, refill our propane tanks, empty our black, do laundry, find internet, stress over narrow roads, navigate a new language, etc. On top of that, we were brand new to our Four Wheel pop-up truck camper and its small living space, in comparison to our previous 25-foot Airstream trailer. But something unexpected happened. All those new details that we initially stressed out about, we figured out real quick. And the feeling of accomplishing difficult things brought us a sense of satisfaction that we didn’t realize we craved. 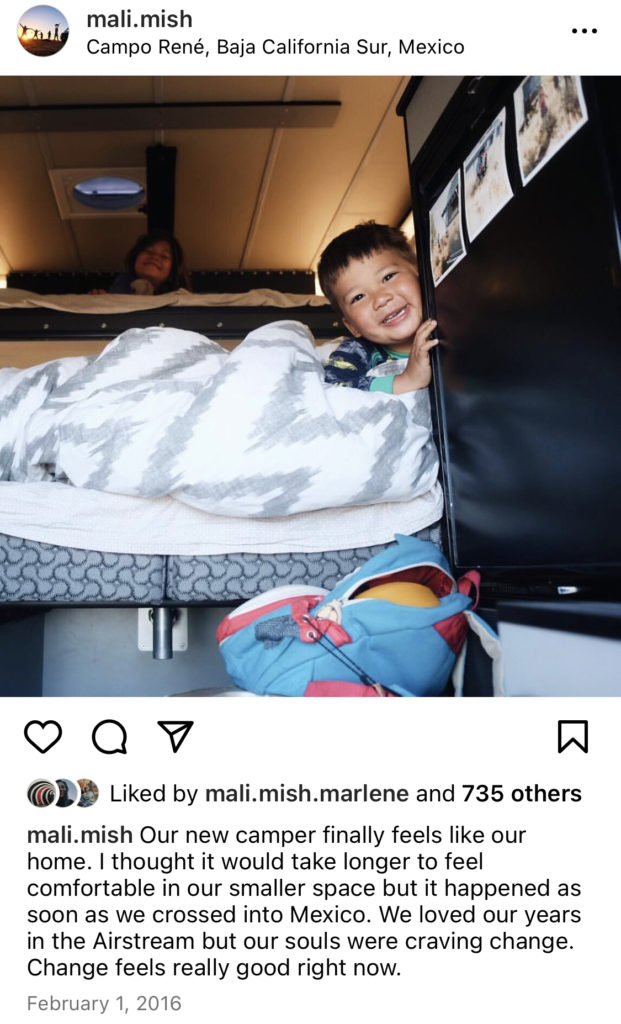 And that initial push into the unknown is a feeling that we continue to chase. We didn’t start this lifestyle to do big things. We started off doing small loops from our home state and over the years, those loops got bigger and bigger. In the beginning, our first big trip to Arizona was so huge for us. We always seem to take small steps to get places and eventually all those small steps take us to faraway places.

So how are we feeling now that we started another big loop, this time down into Central and South America? We actually feel pretty relaxed right now. A lot of other travelers we’ve met on the road here are asking us about logistics like visas and shipping and borders and safety, and truthfully we don’t know and we’re not stressing about it. We don’t have the answers to all the logistics but will figure things out as we need to. Kinda like when we first crossed into Baja back in 2016. 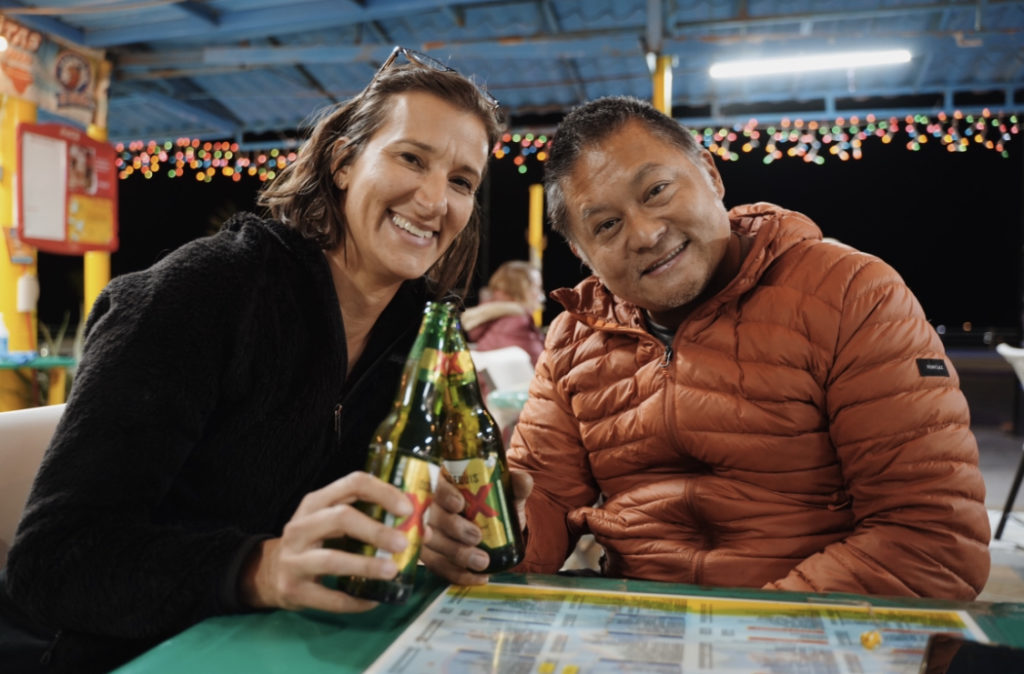 So how does Baja now compare to how it was when we were last here in 2017? Same but different. The warmth of the people and beaches are what we remember and love but the prices of things (like everywhere) are more now. It sure doesn’t help that our three little kids don’t split meals with each other anymore. Five adult meals every time we eat out. And the roads now seem less scary. I guess having almost four years of driving the van through Europe, Turkey and Morocco made us a lot more comfortable with roads that don’t look like the spacious American super highways. Now with Starlink, we don’t have to wait to camp in hard-to-reach remote places only on the weekends. Now we can work and do online school wherever we go on any day of the week. So yeah for technology.

Speaking of Starlink, we bought and used our Starlink all summer in the US and Canada. However, we have since sold it to a fellow American traveler down here and purchased a new Mexican unit instead. Because we won’t be in the US for a least a couple of years in our van, there is no reason to pay the US monthly rate. Our new monthly rate is about half the price and the cost of having to buy a new unit will pay for itself in just a few months of use. We also chose the RV plan again because having the ability to pause our service is key for our lifestyle. A lot of countries down south don’t have Starlink and we don’t like the idea of paying for a service if we are not using it. The deprioritized speeds don’t matter to us. We aren’t used to normal residential internet speeds anyways. Any speed while wild camping is good for us because we are used to no internet at all in those spots. Ha.

P.S., if you don’t know anything about Starlink and want to learn more, we made a video for our friends at Campendium that tells you everything you need to know about it. 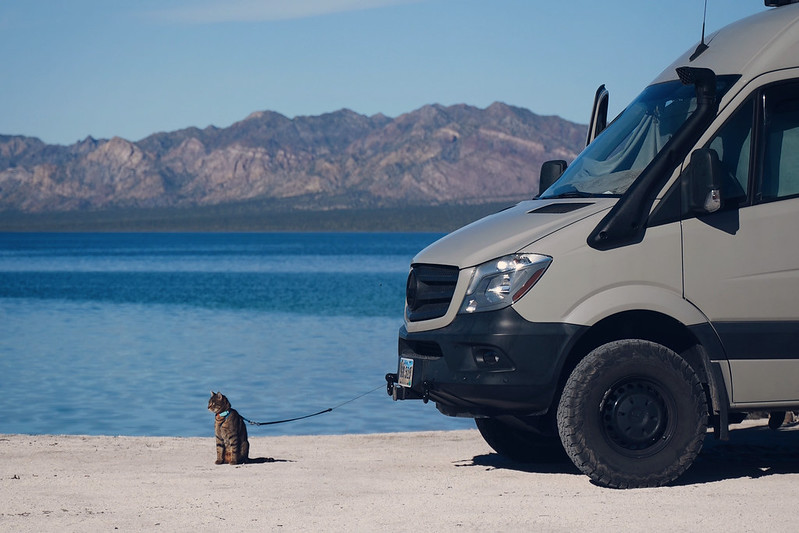 We are also trying hard not to relive old memories from Baja which is tougher than it sounds. It’s so easy to revisit places you love instead of trying a new spot. So in the southern part of the peninsula, we’ve spent a good chunk of time camping in the city of La Paz at a hostel/RV spot called Peace Center and at a little bohemian camp spot called Clay Cactus in Los Cerritos. Both spots are paid spots that have a communal kitchen and living area, which gives us a sense of community. It’s great to share a space with fellow travelers, and enjoy meals together too. Ava (our oldest) actually celebrated her 16th birthday at the Peace Center in La Paz. Dan spent the morning making her a carrot cake pancake stack for her special day and when we started to sing, all the other travelers joined in and made it even more memorable. And then when we were done singing in English, the owners sang the entire song in Spanish. It will a birthday morning she surely won’t forget. 🙂 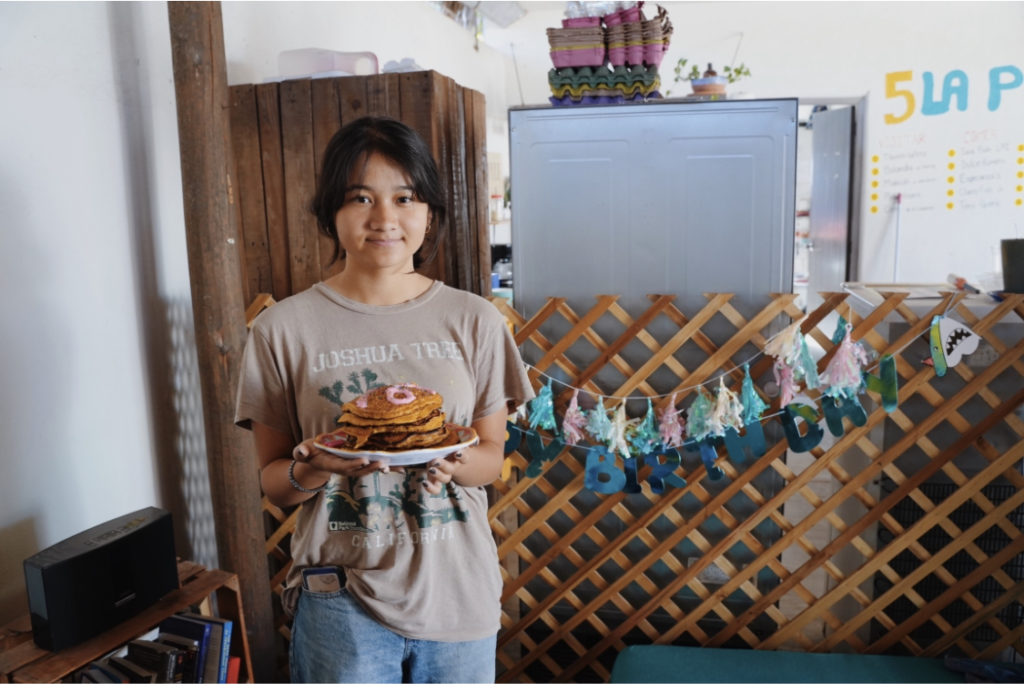 And how about meeting up with other travelers in general? Well, Baja is busier than ever. There are still quiet places to enjoy but overall there are more campers here. Plenty of Americans and Canadians to meet and chat with while down here. And what is a surprising change is that are a lot more Europeans here as well, which we love because part of us is missing our European travels and it’s fun to talk to them about all the places we’ve both traveled to overseas. At one campground in La Paz, Swiss travelers actually outnumbered North American ones. What’s funny about them is that there were all speaking English to each other. I guess one side of Switzerland speaks Italian and the other speaks Swiss German and sometimes they don’t know both so English ends up being the common language.

This is a reminder for all those folks that tell us they can’t travel internationally because they only speak English. You are privileged to already know English. And you are also privileged to live in a time of the internet and Google Translate. Dan’s Mandarian and my Croatian aren’t getting us anywhere on our Pan-American adventure.  So we are all trying to pick up and improve our Spanish.

And how’s the beer? Well, the last time we were here, anything outside of the usual Mexican beers was hard to come by save for the handful of gringo cities, like Todos Santos and San Miguel de Allende. But now we see lots of breweries popping up and the bigger grocery store chains carry a decent collection of all the local brews available. During our 2017, trip to Baja, Dan was so tired of drinking the usual Mexican offerings, we might have smuggled a few IPAs over the border. No need for that anymore. Ha.

And how are the cats handling the stray dog population? Well, so far so good. They’ve had to deal more with the usual pet dogs more than the strays. But you know who had a real issue with a dog? Dan. He actually got bit by one while walking in La Paz. There was a stray dog walking near us when we passed by a house with a super territorial cattle dog. It was pissed and ran toward us. Instead of biting the stray dog, it bit Dan instead and broke skin near his ankle. We immediately cleaned the wound and started to make our way to urgent care. Urgent care couldn’t help and then that’s when the run around began. We ended up visiting six different hospitals and public centers with no luck getting a rabies vaccine. In our broken Spanish, we learned that canine rabies has been eradicated in Mexico. This is awesome but there is no way to guarantee that it is 100% safe and since rabies infection is fatal, it had us a little worried. We kept trying to call tourist hospitals in Cabo with no luck. We ended up talking with a US doctor who confirmed that Dan getting rabies was super low risk. The dog attacked because it was provoked. It didn’t show signs of rabies which means that even if it did have rabies, its viral load would have been very low at that moment. He started a round of antibiotics that we had on hand from Jase Case for the possible bacteria entering his body from the bite. We are also in contact with the zoonotic doctor in La Paz who is monitoring the dog for 10 days. If the dog is clear from rabies symptoms by day 10, then Dan is clear as well. So if you find yourself in a similar situation, hopefully this info can help you.

So that’s our little update from Baja so far. And what else have we been up to? Here’s a list of things that you might find helpful:

– We were interviewed by Jits into the Sunset podcast and Booted podcast as well
– Dan made an informative Starlink video for our friends over on Campendium
– If you’ve wondered about our van’s upgrades, we summarized them on our blog
– We finally put together how to live on the road with cats post
– Dan is keeping up with his Baja vlogs over on YouTube
– We are having monthly calls for our Patreon members which is a good way to get questions answered about travel tips, build-outs, or whatever else you’ve been wondering about

Until next time, friends! Thanks for reading!
Marlene 🙂

If you’d like to support us, join our Patreon! 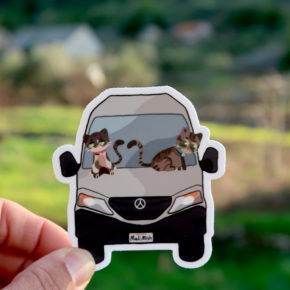 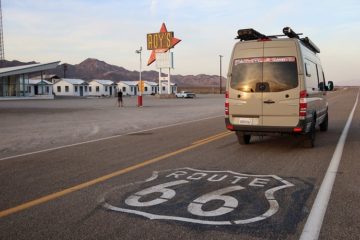 Hi, friends! It’s been a while since our last newsletter and we are way overdue for an update! So let’s get to the good stuff. At the beginning of the year, we decided to leave Read more… 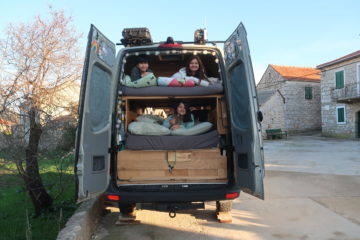 Mali Mish Newsletter #7: Isn’t it lonely living on the road?

“Isn’t it lonely living on the road?” That’s a question we got a lot in 2010 when we left California for our first cross-country journey. And truthfully, it wasn’t lonely when we started. We were Read more… 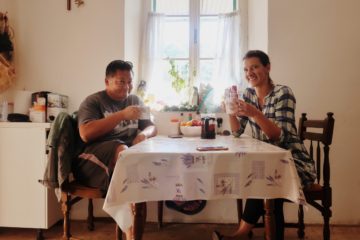 You’ve probably heard this before if you’ve been following our family for a bit. Our initial plan was to explore Europe for a year or two. Yup. That’s it. Sounds silly to hear now that Read more…