Our Park4Night App failed to get us to a camp spot that felt right in Saranda, Albania. First time that happened but luckily I also had CamperConnect installed and that led us to this hotel that allows campers to park with electric hook-up and bathrooms with showers for pretty cheap. 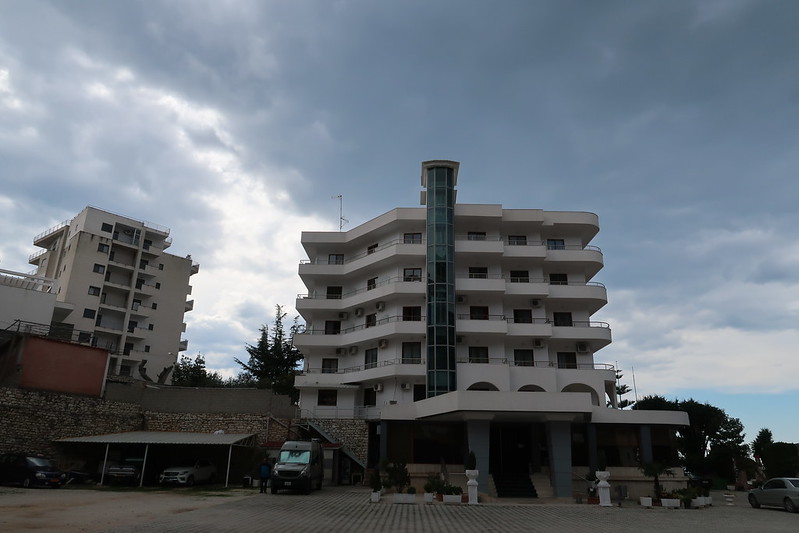 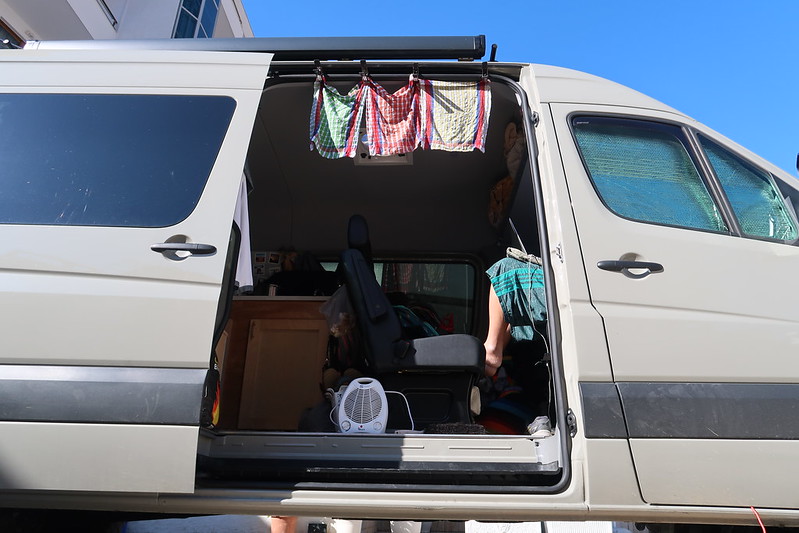 As we crept towards the southern edge of Albania, we couldn’t help but to reflect on the stray dog population here. We weren’t bothered as much by the stray cats of Croatia and Montenegro because they seem to be all doing pretty well for the most part. But dogs? They are bred for human companionship. There were a handful of dogs that literally ignored food from us until they got some love and affection first. 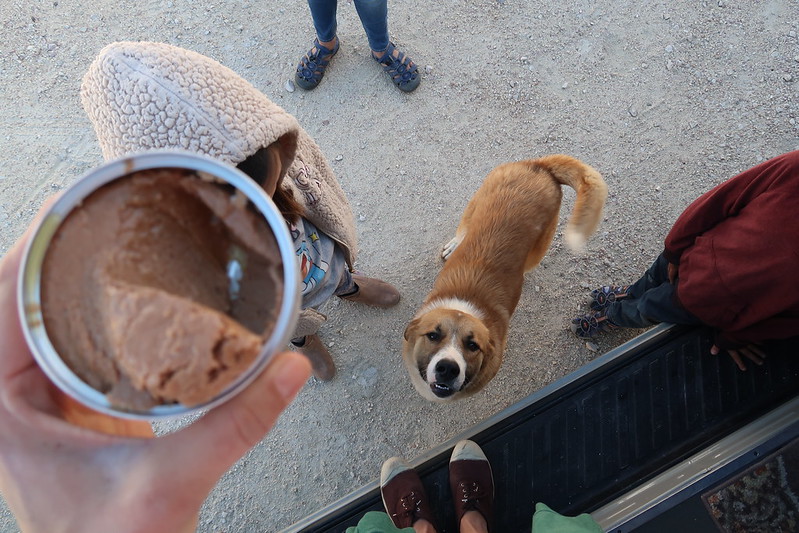 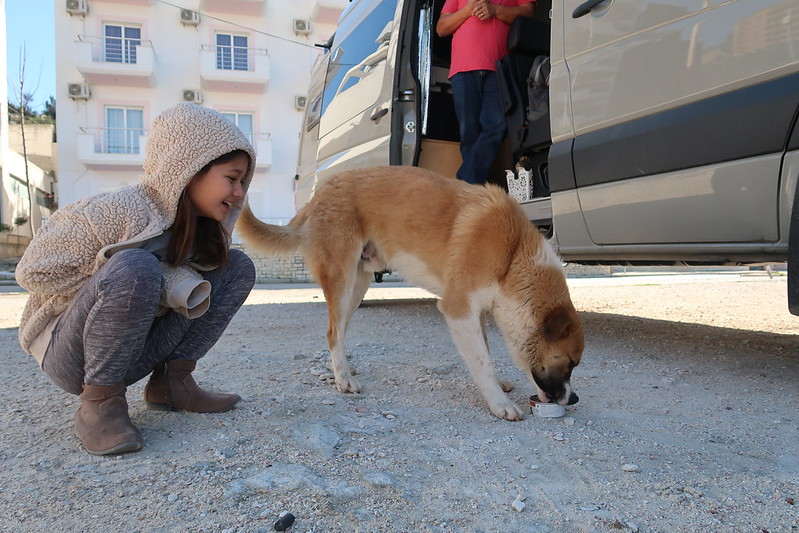 On our way south, we stopped to visit Butrint National Park, one of the largest archaeological parks of the Balkan Peninsula. 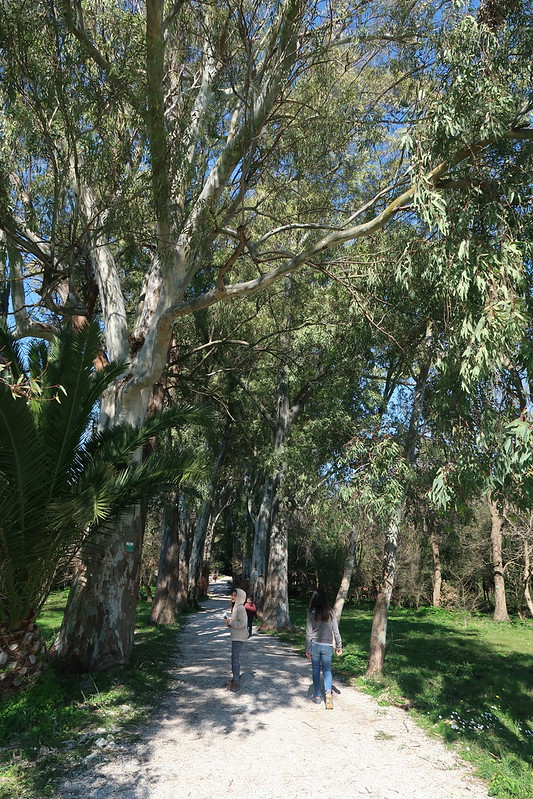 It stood as a Greek colony and a Roman city in ancient times. 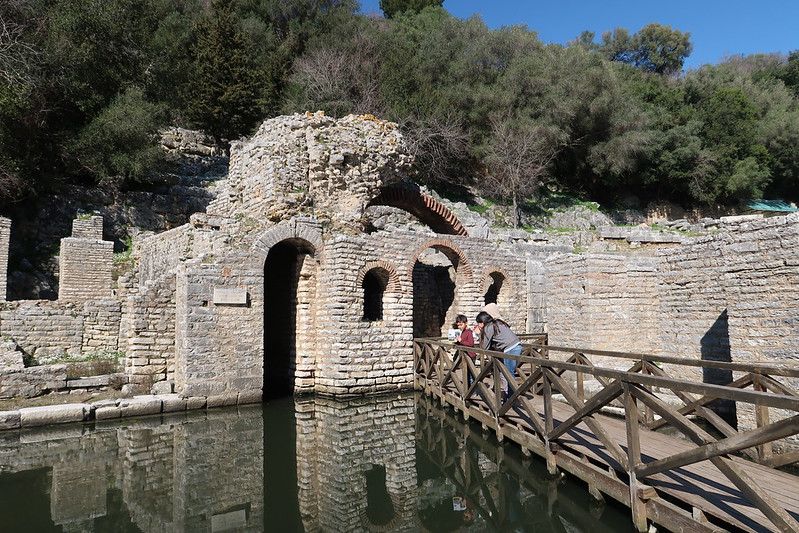 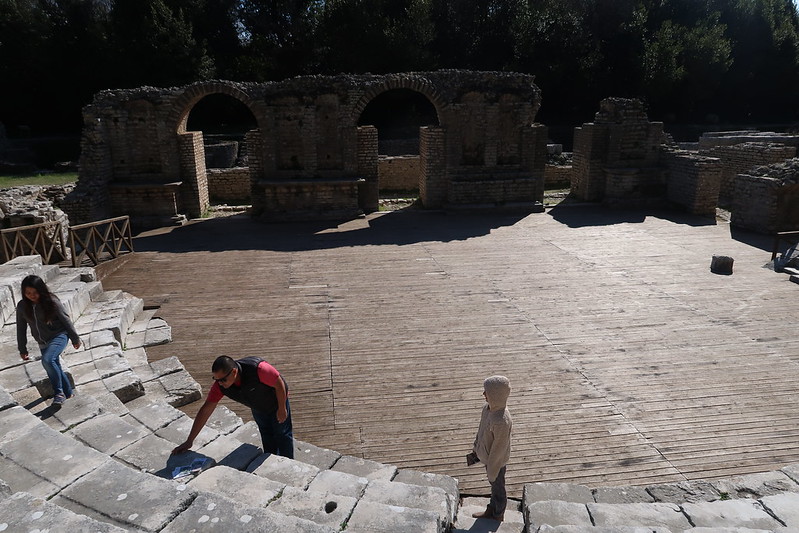 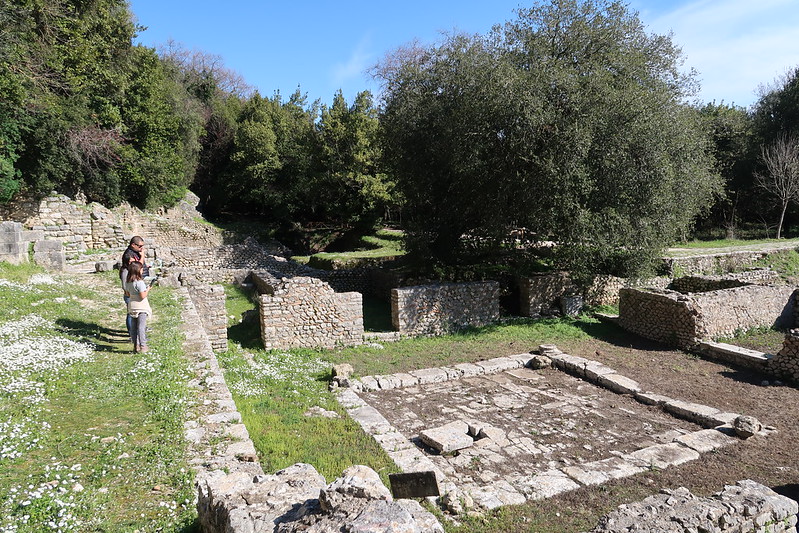 Luka was really into leading us to all numbered spots on the park’s map. 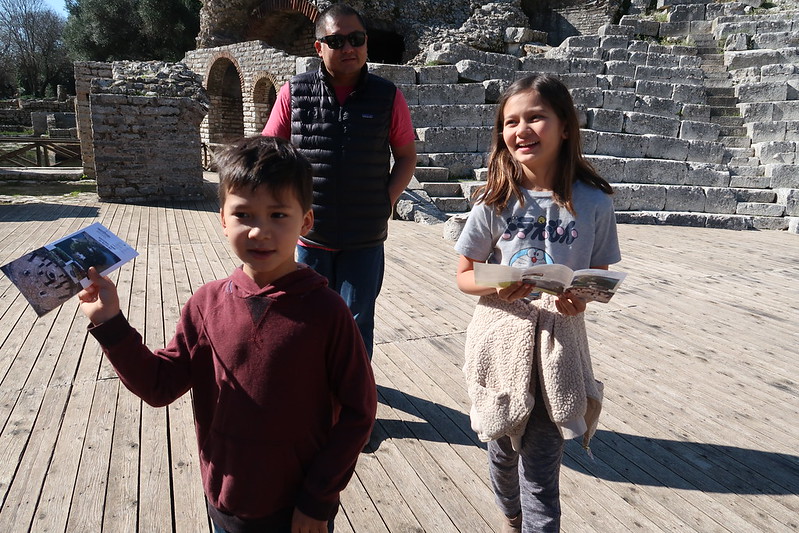 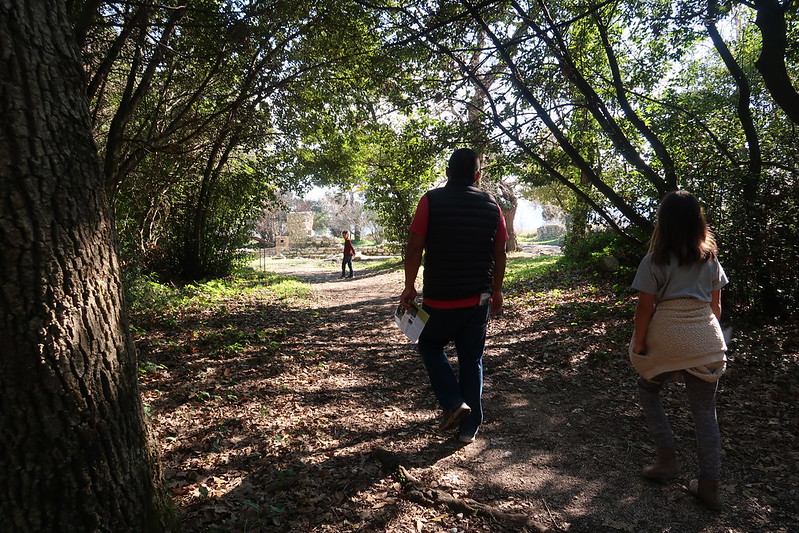 This was once an ancient city that Julius Caesar and Augustus created for their war veterans’ retirement. 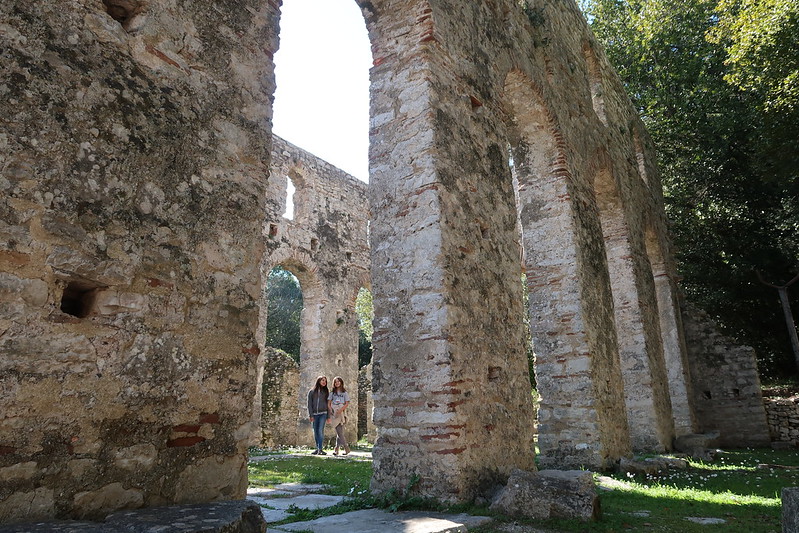 And now our kids are using it as their playground. 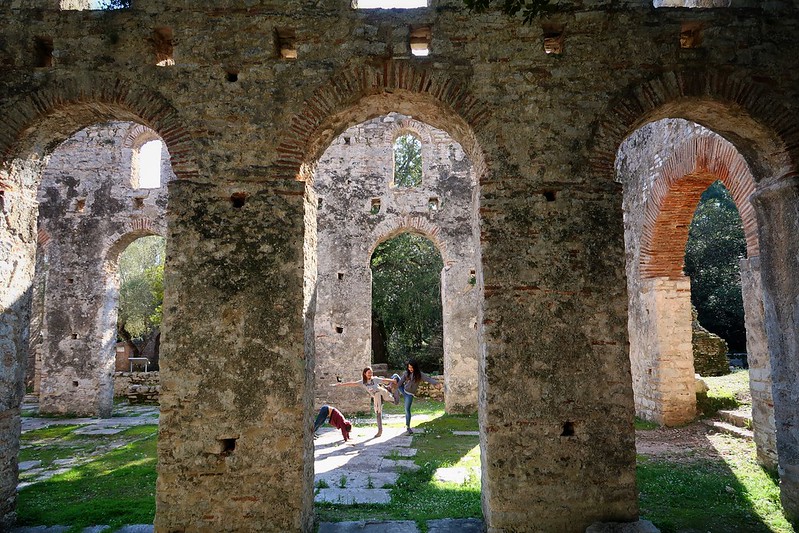 Kids said they were doing yoga moves. Funny because I haven’t done yoga in months. Thanks for the reminder, kids. 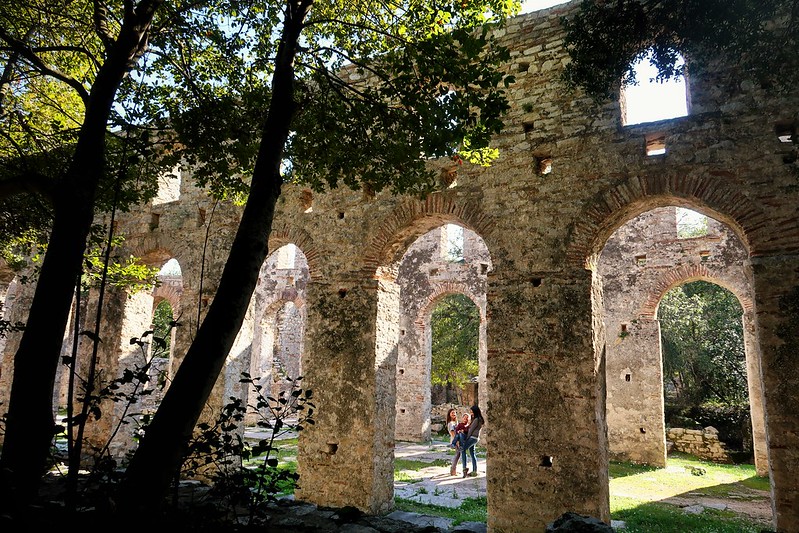 The Lion’s Gate! See it? 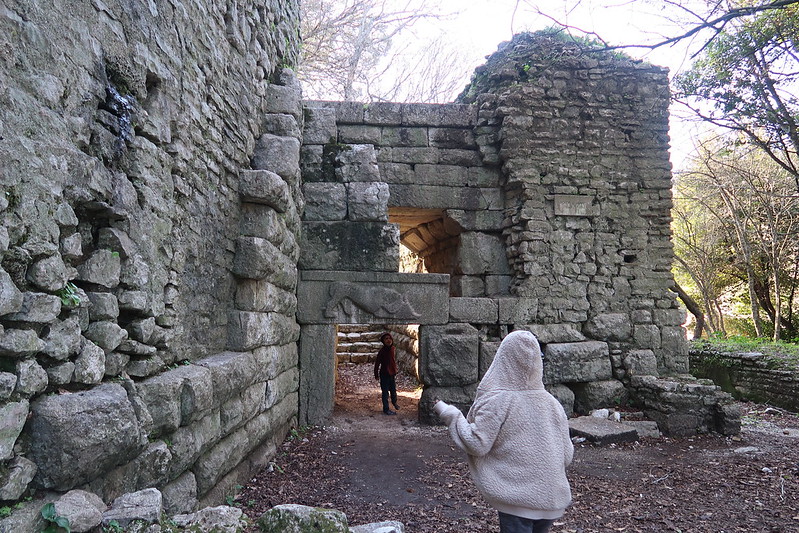 Besides its historical significance, the park protects large numbers of flora and fauna.

We opted to take a manned ferry in order to take the shorter route to the Greek border. It was short but not cheap. 10 euros. Ouch. Felt like a rip for a one minute ride but the prices were posted and that was the going rate for a camper. 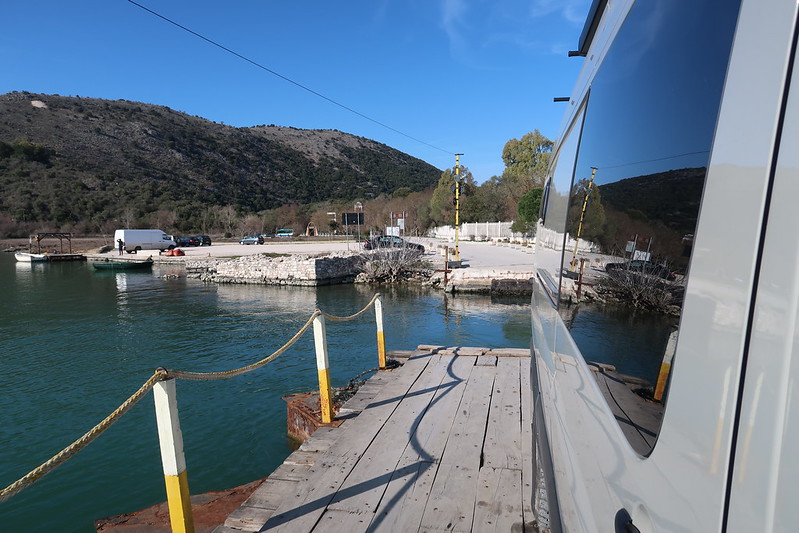 At the border crossing between Albania and Greece, we were required to drive the van into a garage for inspection. Agents looked all around the van, popped the hood and even had a young drug sniffing German Shepard make a few rounds. Getting into Greece after that was a breeze. SO easy, in fact, that we had to stop to ask them to look at our papers. 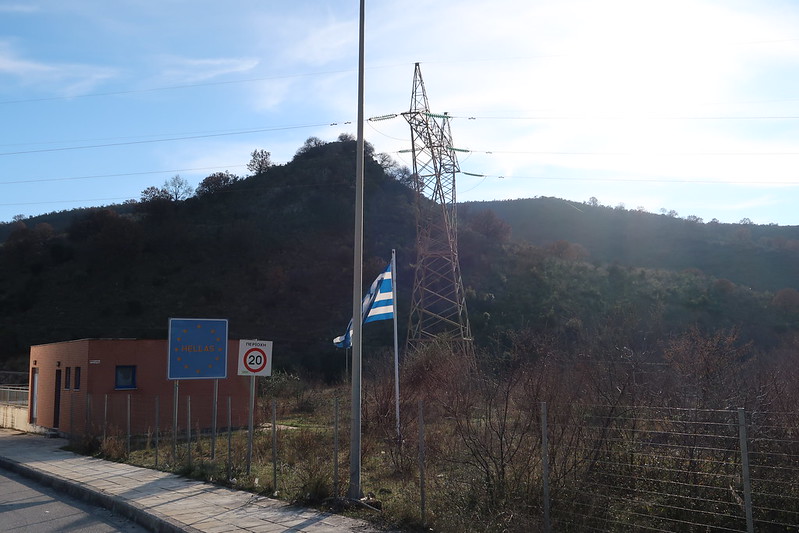 We drove straight to the seaside town of Igoumenitsa and parked in a large lot in town. 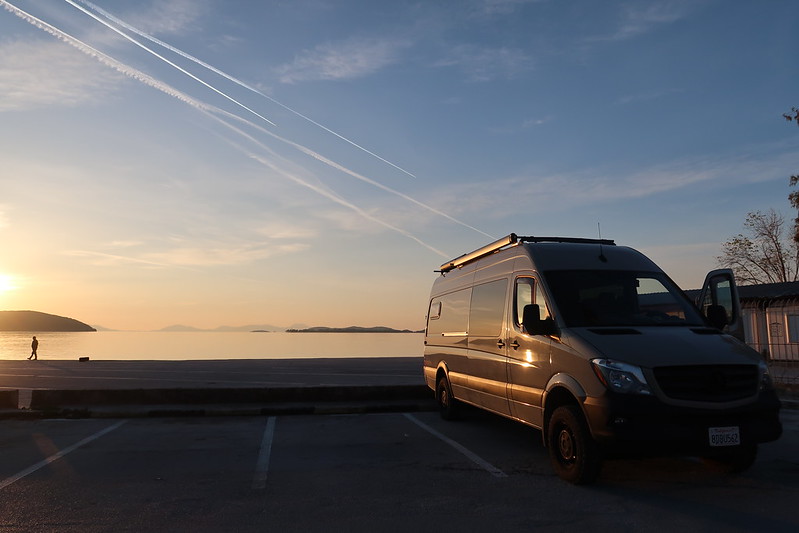 We showed up just as golden hour began. 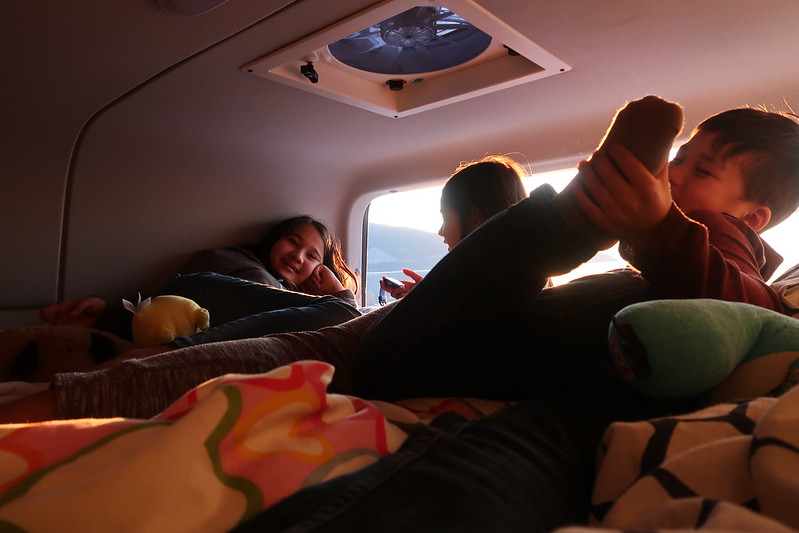 I couldn’t resist taking a million photos of the kids. 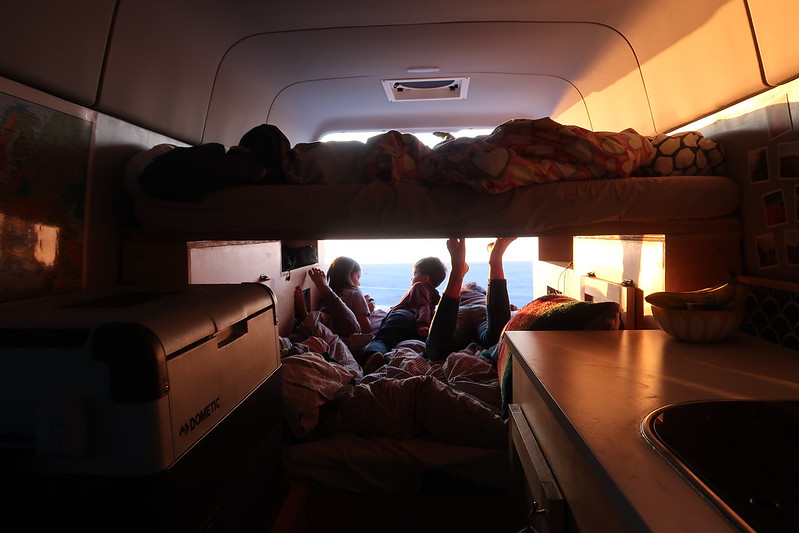 Not bad, Greece. Not bad. 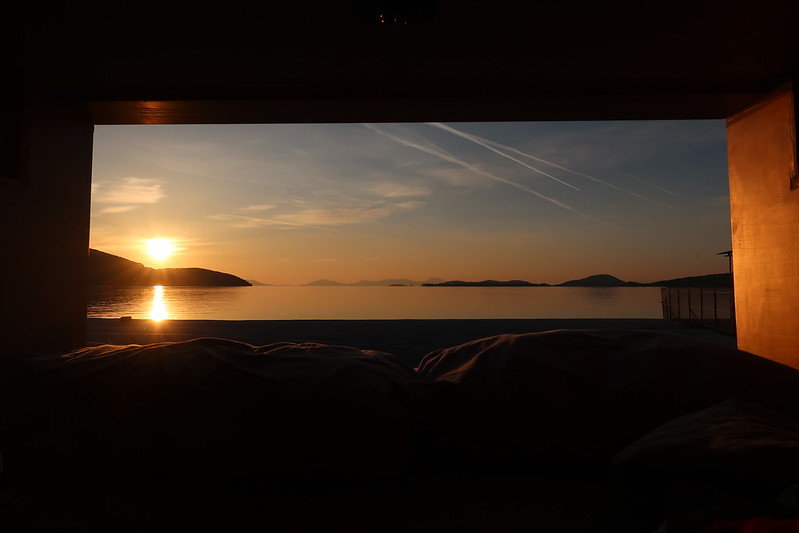 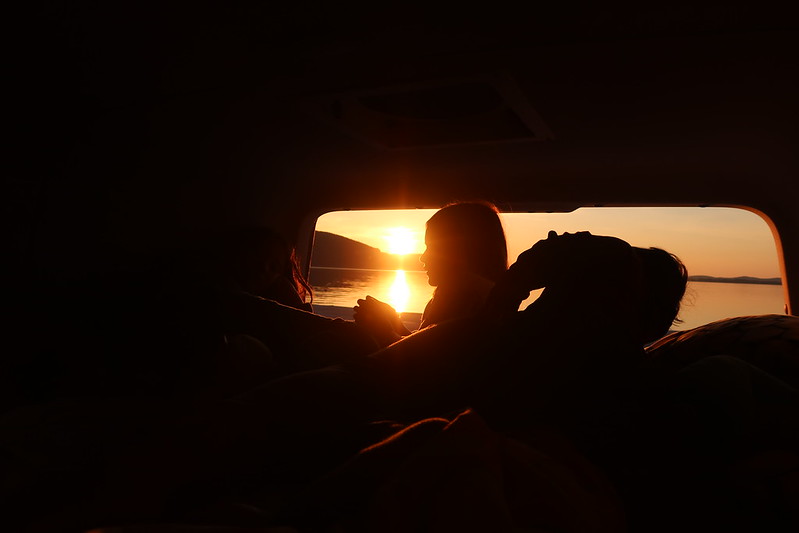 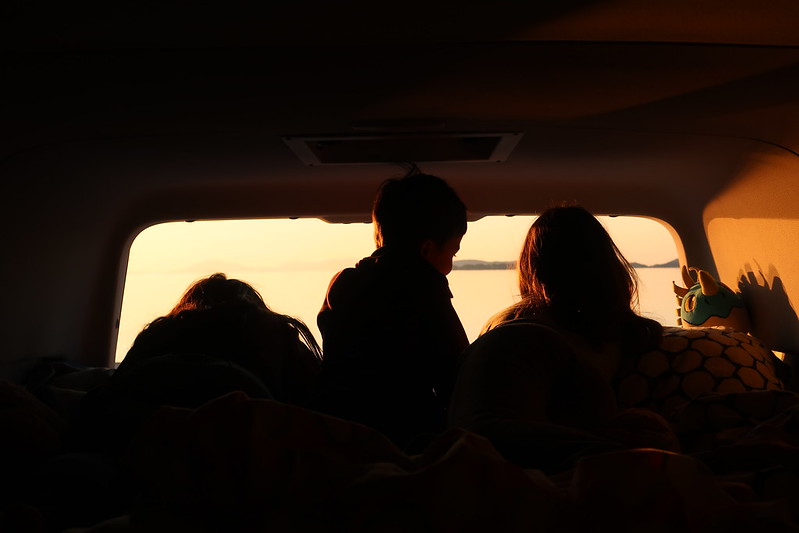 A better view of our camp spot for the night. 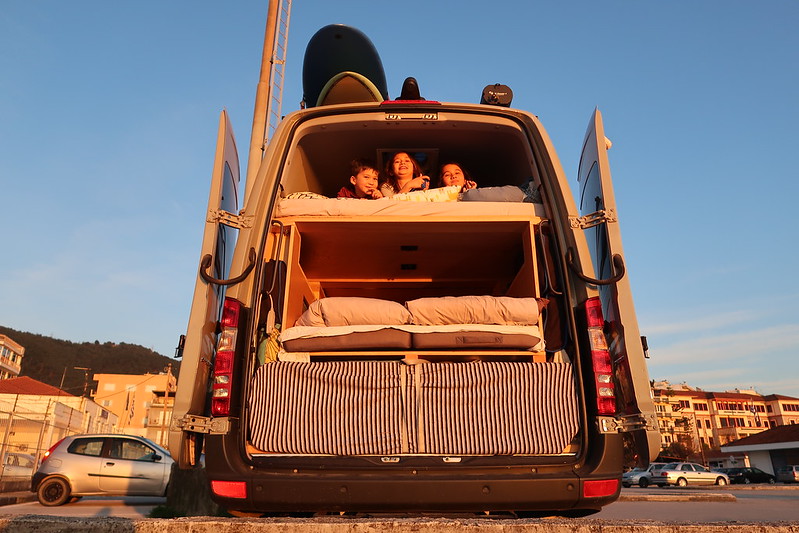 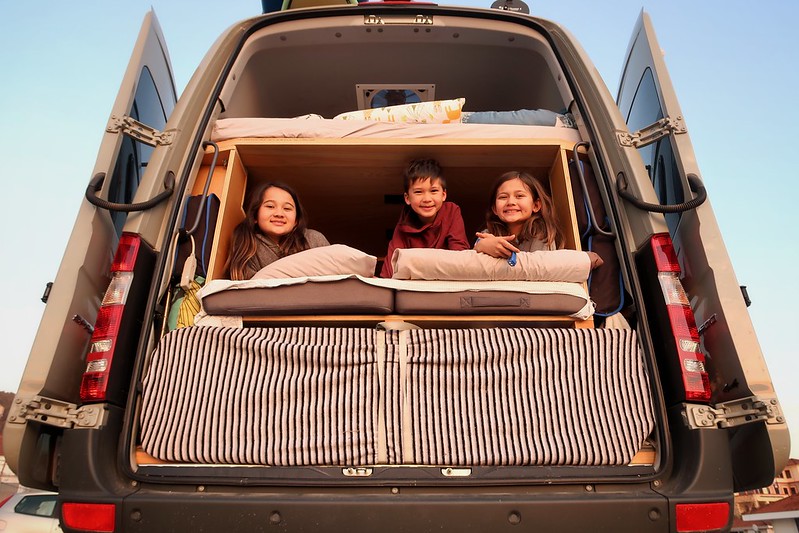 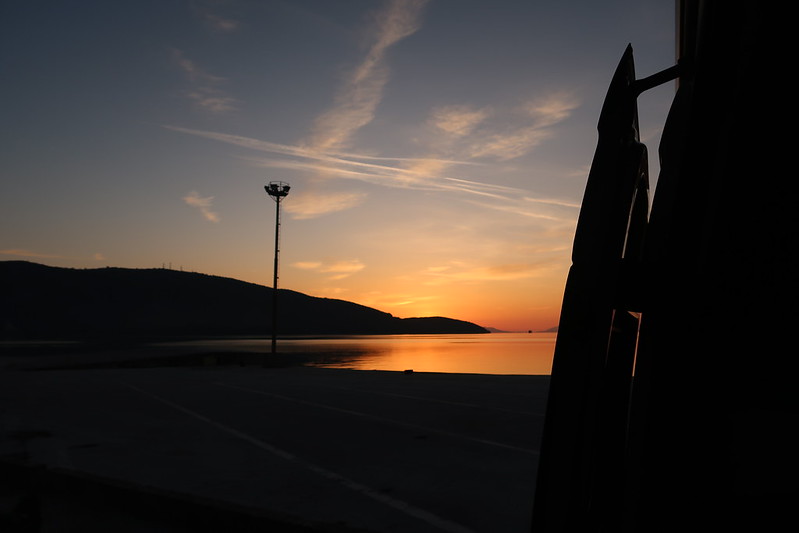 Don’t forget to watch our VLOG from Butrint National Park and crossing into Greece!

Thanks for following along on our full-time travels,
Marlene 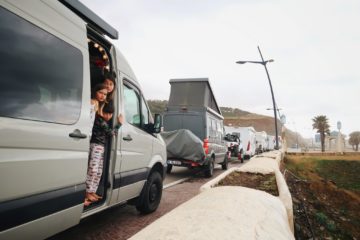 – Like many places around the world, Morocco’s current conditions are very dynamic. As we are passport and residency holders of Croatia, ‘going home’ for us actually means getting back into Europe and beelining straight Read more… 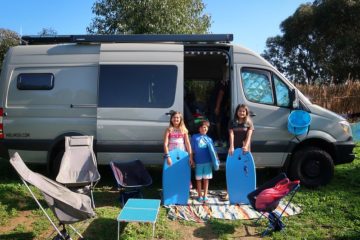 A Ferry to Africa and camping in Asilah, Morocco!

We bought open ended tickets last night in Algecera, Spain and found ourselves in line for the 11am ferry to Tanger Med, Morocco the very next morning. The tickets set us back about $200 roundtrip Read more… 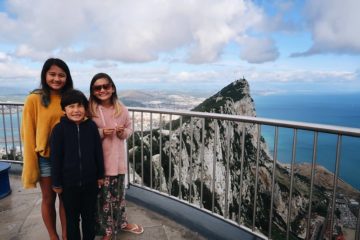 After spending a few nights boondocking in Malaga, we headed further south down the Med coast of Spain. See that rock in the distance? That’s the Rock of Gibraltar and just beyond that is Africa. Read more…