This morning before we headed down towards Milwaukee, we are taking it pretty easy. We woke up at our usual west coast schedule at around 9:30, 10 o’cock. Since we have some decent wifi here at our courtesy parking, we decided to do a little Skyping with Marlene’s parents. They miss the kids and the kids miss them as well. 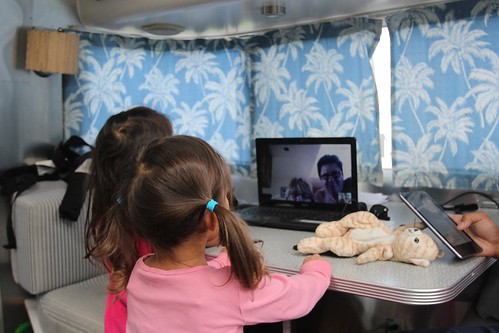 We are planning on a late morning start to head down the western shore of Lake Michigan around 11:30. As compared to some of the longer stretches of nothing we drove through a month ago in Colorado, Wyoming and South Dakota, we are not driving long legs between destinations. For example today, we are only going to be hopping about 50 miles to Milwaukee. 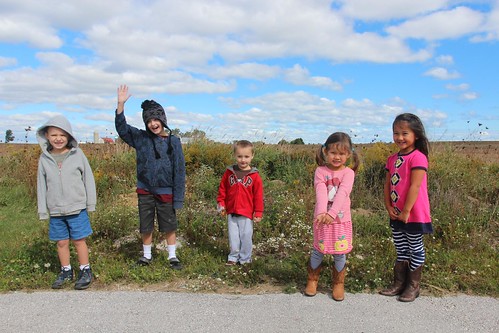 In the 2 short days since we’ve been here, the girls had a great time playing with the boys. They got to play with their new friends’ toys. Trucks, cars, pirate ships and all kinds of new and exciting things are toys that they have never played with before and these kids played very well together. We are hoping to meet up with a few more friends with kids around Ava and Mila’s age in the next couple of weeks in the Midwest. This is really unlike our trip in 2010 when the girls had hardly any other kids to play with. Aside from Claire, Daniel and their 2 girls whom we met and caravaned with from Tucson to Galveston, we did not meet really any new kids on the road. 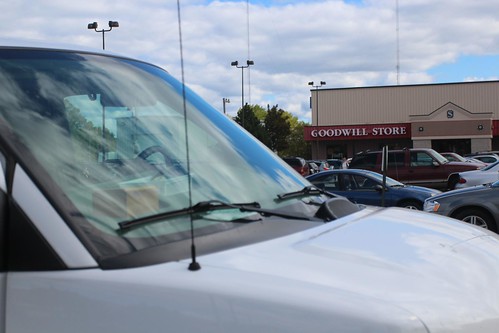 Before we headed out of Sheboygan, we stopped at the Goodwill store to try our luck in finding some thrift store gems. Well, it was a bust. So far, the thrift stores here are no better than the ones we have in California. 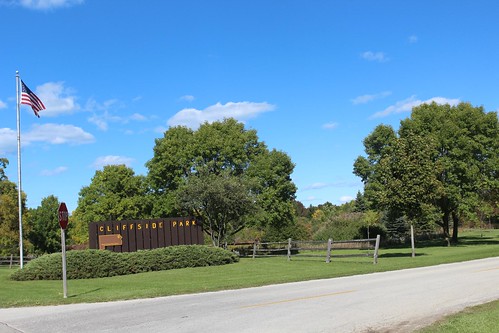 There were a few options to camp in Milwaukee and we debated on which one we should go to. If we wanted to stay in town, one of the only campgrounds is the Wisconsin State Fair Campground. We decided against it and opted for a county park a few miles south of Milwaukee called Cliffside Park in the Village of Caledonia, Wisconsin.

We are once again very impressed with yet another county park. It is clean, sites are gigantic and this time of year, the 100+ site campground is practically deserted. 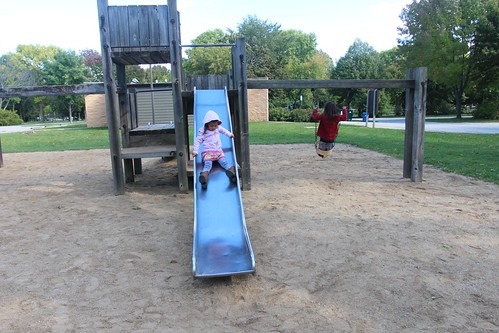 An empty campground actually presents its own set of problems. The biggest one is to pick the best site for our use. There are lots to consider for us and one of them is the proximity to the playground. Also the entire campground is electric and water except for the sites around the perimeter do not have access to water. We picked one right across from the playground and next to the showers and from where we stand, we cannot see another person here. 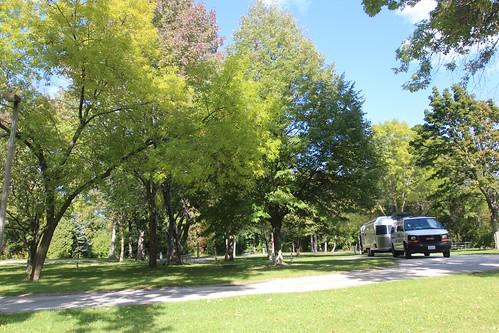 The cold spell has definitely come and left. Instead of 35 degree overnights, it is now into the 50s at night and 70s during the day. The clouds that accompanied the cold front are also starting to dissipate which will be great news for us when we start to boondock again. 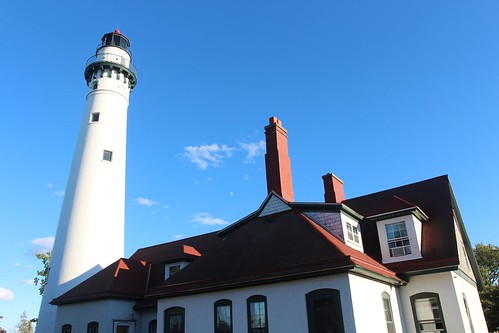 Cliffside Park is actually closer to Racine, Wisconsin than Milwaukee. On the way to Racine along the lakefront is a little town called Wind Point. We read in our guide book about the Wind Point Lighthouse so we decided to take a little drive to see it. 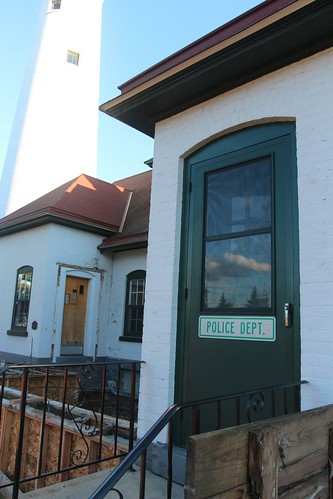 Wind Point is tiny little village in Wisconsin with less than 2,000 people. The Wind Point Lighthouse also houses its police department. It was first put into operations back in 1880. In 1924, it was converted to use electric instead of kerosene and since 1964, it was automated. 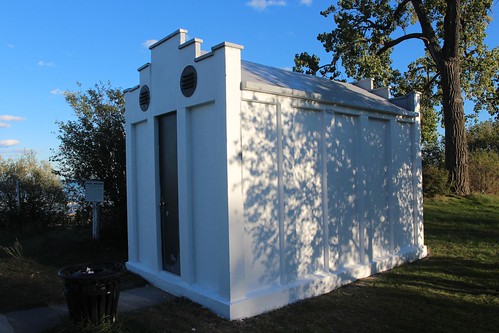 This is the building where they use to store the fuel for both the light, as well as for the lighthouse attendants living quarters heating and lighting fuel. 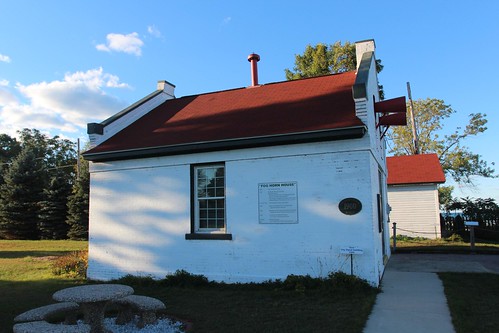 Another building on the site is the fog horn building. You can see the two horns in front of the building still mounted above the door. 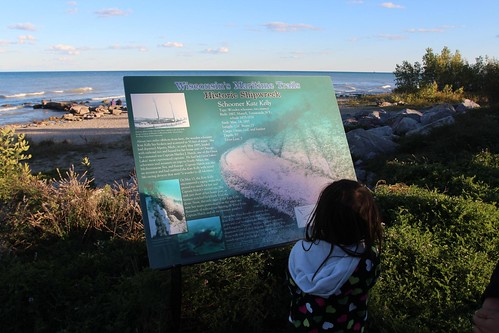 15 years after the lighthouse was lit, a 126-foot, 2-masted schooner shipwrecked about 2 miles offshore from Wind Point. 6 people perished including the captain of the ship. It was carrying railroad ties headed for its home port of Chicago. The next morning, railroad ties were floating atop the lake all around Wind Point. 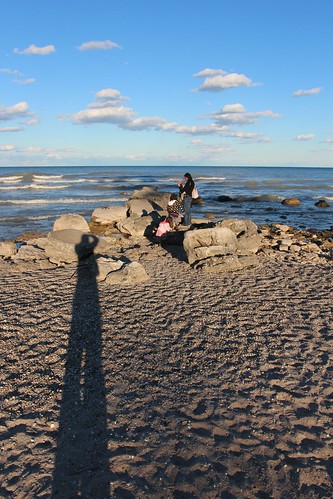 This is the first time we are seeing some waves here at the lake. There are apparently people who surf these waves around here but the lake is REALLY cold. From what we have heard, it doesn’t get much warmer in the summer neither. 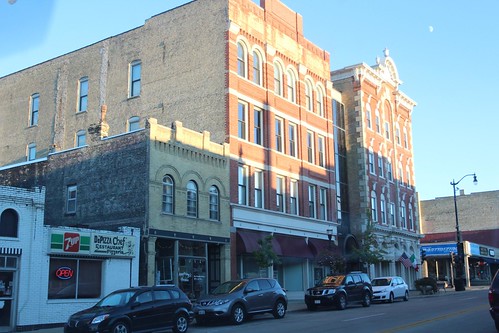 We headed into Racine in hopes to find a nice place for a bite to eat. Racine is a nice looking town but for some reason on this Sunday afternoon, it was completely deserted. 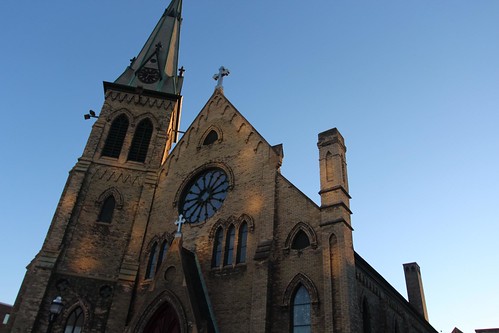 There were a handful of cars driving around but we could not see anyone walking around the town. 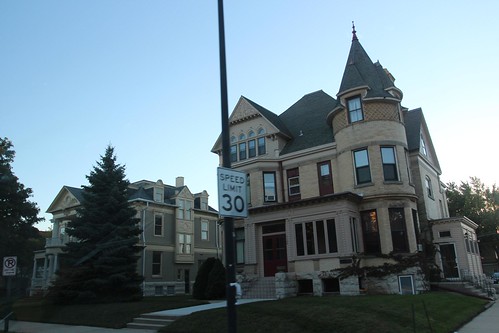 There are some really cool Victorian homes along Main Street and as compared to California prices, these are unbelievable bargains.

After driving around for awhile and not finding anything, we took a gamble and stop for a bite at a place called Chartroom Charlie’s. 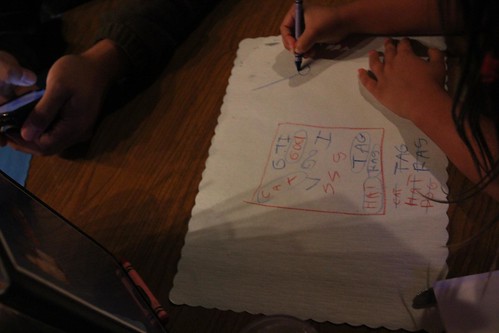 It had mixed reviews online and it looked kind of scary from the outside but it was actually quite nice inside. They did not have the usual coloring placemats for the girls so we turned the paper placemats over and Marlene busted out the crayons she has been carrying for this very moment.

Ava has been getting better at reading and also at doing these word search puzzles where she has to find and circle the words in a grid of letters. She decided to make one of her own for me to do since Chartroom Charlie didn’t supply her with one. 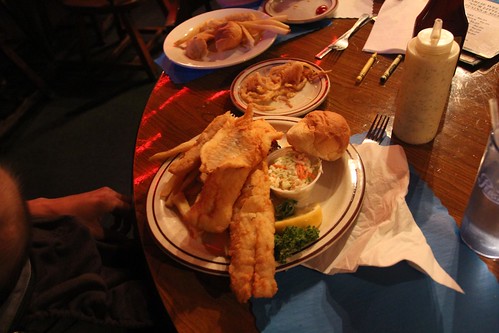 We were really surprised at how good the food was. The fish fry was great as was the burger. 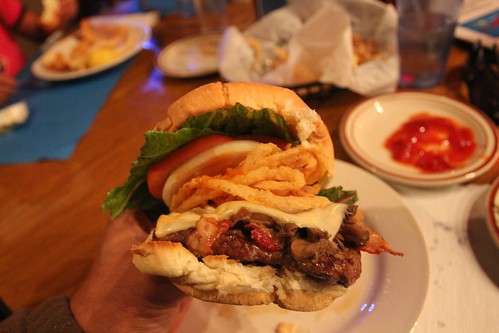 What is even better are the onion shreds that we got as an appetizer. I even stuffed some into my burger. Bon appetite.

Love the Wind Point Lighthouse- my husband and I have taken photos there on a few different occasions!